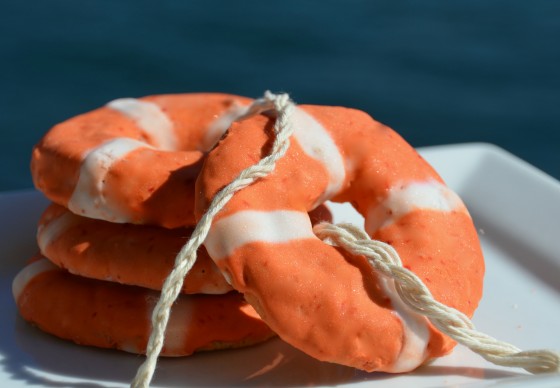 Watching our old friend Voyager of the Seas as she enters Sydney Harbour for the very first time brings back fond memories but one thing we’d forgotten was just how big she is! So big that she blocked our view of the city with her impressive girth as she cruised by. Even at third sight we’re stunned by her epic proportions… and a tad miffed that she didn’t stop in for a cup of tea and a quick catch up. Seriously Voyager, I thought we were pals?

After watching the floating behemoth nearly take out the Harbour Bridge we applauded her impressively elegant reverse park into Circular Quay – done with such precision you’d swear she was no bigger than the average family hatchback. Clearly she has power steering.

The buxom beauty is now moored directly opposite our lounge-room window and Raffles has spent the morning mournfully gazing her way and reminiscing over our previous adventures on board (which I wrote about here and here).

He’s entirely convinced that his clever Dreamworks pals King Julian, Po & Puss’n’Boots have something to do with her presence in Sydney. “They must have tied up the Captain and stolen the ship so they could come to Australia to see me, mama. Because they missed me so much and wanted a cuddle!”

So it would appear that my son has an ego as healthy as his imagination. Or he’s a sociopath! I carefully explain that, though I’m sure that his Dreamworks friends do miss him terribly, Voyager is actually here so lots of other families can have their turn on board. And that without a ticket we can’t join them. He’s not thrilled with my explanation.

“But why can’t I just visit them? Or King Julian and Boots could just come to our place for a play date. Maybe Po could come to Kung-Fu with me on the weekend? Please??”

I guess the sight of “his” beloved cruise ship and her resident rascals so near but so out of reach is hard to comprehend for a pining pre-schooler.

Since it would be a tad illegal (not to mention highly impractical) for us to just lob on board and commandeer a 1,000 foot long, 137,000 tonne ship, I’ll just have to get creative in my efforts to ease Raffles melancholy.

To cheer him up I’ve decided to use the fool-proof mummy method of fresh baked biscuits. And though I may have gone a little overboard, these cruisey little cookies have certainly buoyed my little man’s spirit. 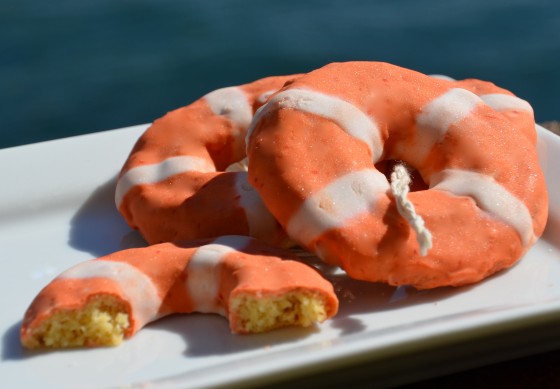 To make the cookies I’ve adapted a Mexican Cookie Ring recipe that we’ve had success with a few times before, to achieve a buttery, almost cakey style biscuit. The icing is a basic royal icing made with far more colouring than can be good for you (I prefer to use Queen’s natural extracts for colouring as these are happily devoid of all those evil “numbers” that I prefer my children not to consume), to match the vivid orange of Voyagers life rings.