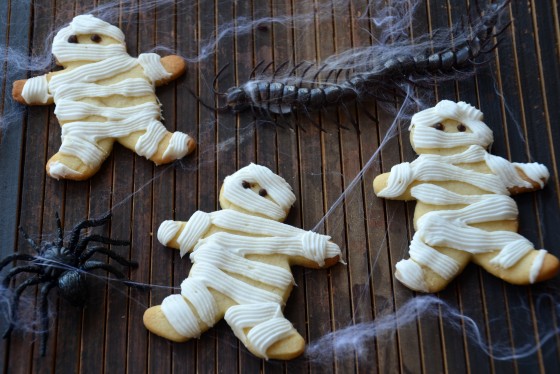 “Mama, for Halloween I want to dress up as a ninja. And a clown. Actually mama, when I grow up I want to BE a ninja. And a clown!” When you grow up? Darling Raffles, you are obviously a child prodigy because you’ve already well and truly achieved one of those goals. Halloween is here and it’s a somewhat alien concept to us but not, it would appear, to a four year old clown ninja. And whose fault is that?

Contrary to popular belief that it’s an American festival, it was actually The Irish! And its roots can be traced back to ancient times. The Celts believed that as the sun went down on October 31st, All Saints Eve, the door to the netherworld opened allowing spirits, good and bad, to pass. They then shipped it to America, who added candy laden trick or treat baskets. Et voila! Halloween!

It’s something that didn’t even register when I was growing up in 70’s Sydney but these days little ghouls are write into to the spooktacular event so I’ve had to shelve my aversions for the overtly commercial and embrace the ghoulish event. And you know what, it was fabulous.

Ironically for us a night that’s all about spooks and ghouls became a night about learning how genuinely good and kind people can be.

You see, we live in a large apartment building in a street full of large apartment buildings filled with young business types. Not ideal trick or treating territory. In ten years we’ve never had so much as a knock on the door. So instead we planned a little party where our tiny ghouls could dress up, eat creepy food and just hang out together.

That was until my kind-hearted neighbours got wind of the festivities and went out of their way to make our tiny terrors first ever Halloween celebration as special as possible.

Overnight mysterious evil fairies had decorated the common staircase with jack-o-lanterns, skulls, smeared blood, skeletons and spider webs and as if that wasn’t enough, the lovely folk next door rallied our entire building to be prepared for a bunch of first-time trick or treaters. Touched by the gesture, we were rendered further speechless at the amazing effort made by all of our neighbours, many of whom we’d never even met. Not only were they all ready and waiting with bowls of colourful treats but some even dressed up as monsters and witches for extra effect. Just for four little pre-school ghouls. 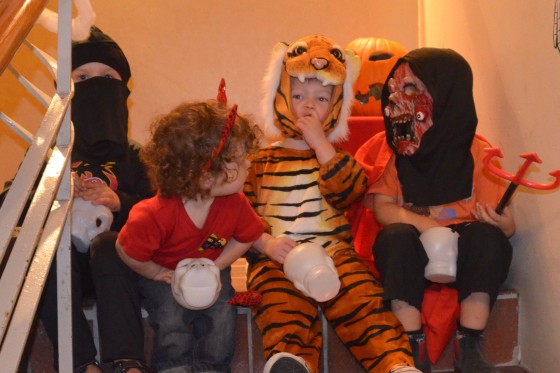 And so a ninja (though of the standard variety… no clown make-up or giant shoes), a tiny tiger, a zombie monster and a baby devil dined on a feast of squashed brains, blood, mashed potato ghosts and mummified hotdogs. 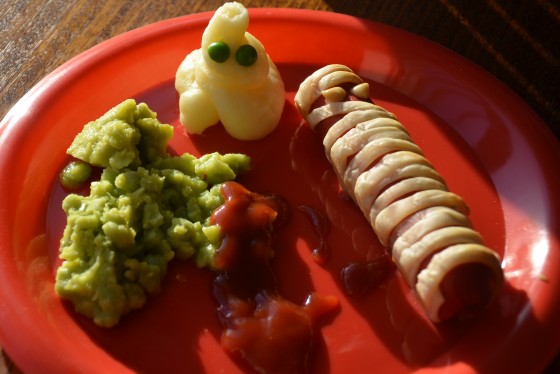 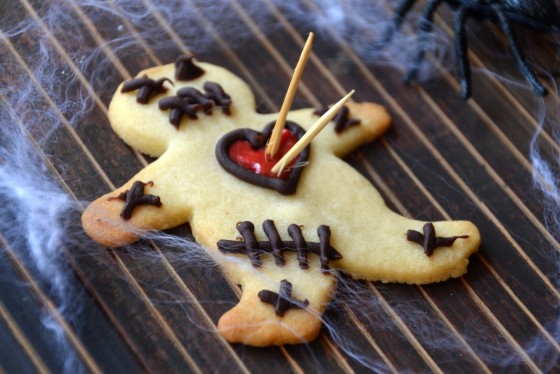 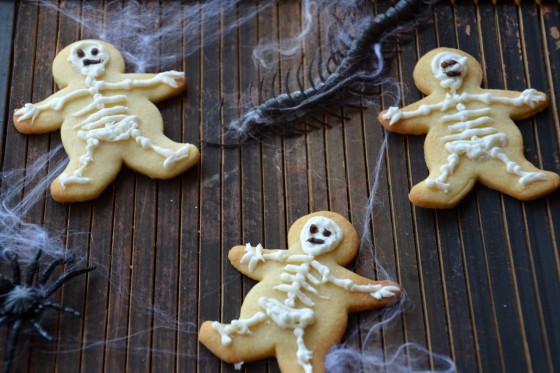 And then they went trick-or-treating, collecting buckets of goodies and a building full of new friends along the way. 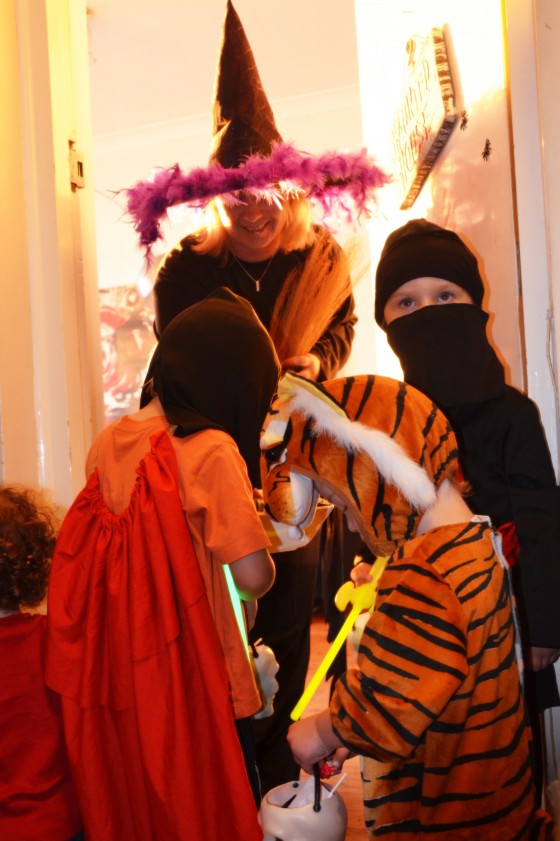 Socialite Sugarpuff was mostly oblivious (a good thing as she’s a little young for sweets and I had to surreptitiously replace her bucket load of treats with healthy snacks) to the hunting and gathering element of the evening. Instead, as doors opened she’d simply invite herself in and settle on our neighbour’s couches ready for a chat. On the other sticky hand, a sugar loaded Raffles and his BFF’s were wide-eyed as their buckets filled to overflowing with all manner of (normally off-limit) goodies and were soon declaring it the best party ever. They’re already planning next year… as are their previously cynical mums and dads!