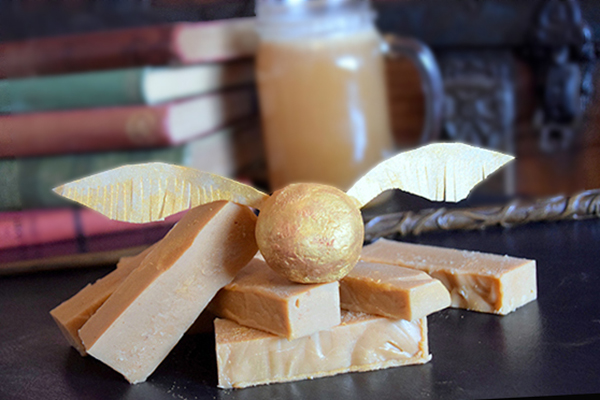 On a scale from one to ten, Raffle’s obsession with Harry Potter comes in at a wizardly nine and three quarters. So enchanted by Harry and his hocusy pocusy pals is my wee muggle that he’d already read all seven books twice before J.K Rowling’s newest ode to Harry, The Cursed Child, hit the bookshelves a few months ago. And he knocked that over the day after it was released, like a child possessed.

But when it comes to the Harry Potter movies, we tossed an invisibility cloke over the second half of the series, mostly due to Raffles having his five-year old sister lurking about like Moaning Myrtle in a dunny. The themes of each movie gets darker and scarier, the villains get villanier and favourite characters start carking it in violent style, so it’s not really suitable for prime time screening at Casa EatsWorld.

So when Raffles discovered that Netflix was screening the final four instalments of the Harry Potter series, he was as excited as a golden snitch at a Quidditch final and begged to be allowed to watch them.

With Halloween around the corner, and some awesome academic and personal goals scored by our little Potterhead in recent weeks, we agreed to let him enjoy a weekend Harry Potter binge with his dad, while I accompanied Sugarpuff to a plethora of back-to-back pink and pastelly birthday parties.

To make it extra special for my wizard in training, before I left on my rainbow hued glitter filled mission with Sugarpuff, I channelled my best Voldemort and wrote messages on all our mirrors with chicken’s blood, which I personally collected from a few of Hagrid’s coop. Yeah, all right, I used a bit of lippie, but the effect was much the same.

I also left a “wee” surprise in the bathroom and had a peak into my book of spells (aka Google) to see what magic I could whip up for the boys to enjoy on their wizardly weekend. 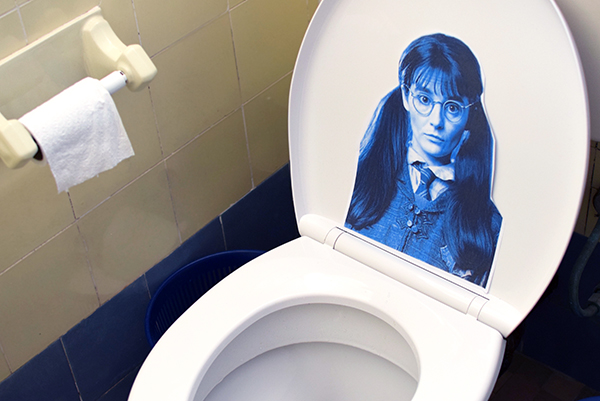 Thus, a couple of tankards of foam topped Butterbeer later (Mr Eats World’s may have magically appeared in a six-pack from the local bottle shop and been less buttery and more beery) and the boys’ pre-Halloween festival of wizardry and witchcraft was ready to go.

Almost! All that was needed were some snacks for intermission.

Before Raffles could grab his broom and quaffle, a platter of Butterbeer Fudge, and an edible Butterbeer fudge golden snitch appeared as if by magic. 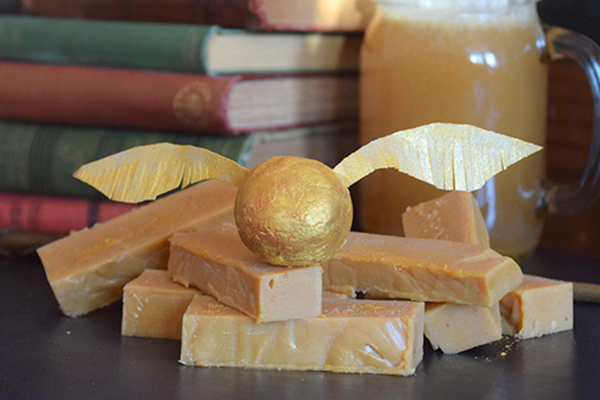 Though no matter how many times I waved my wand and shouted “wingardium leviosa” the only place this snitch could fly was straight into his copious gob! 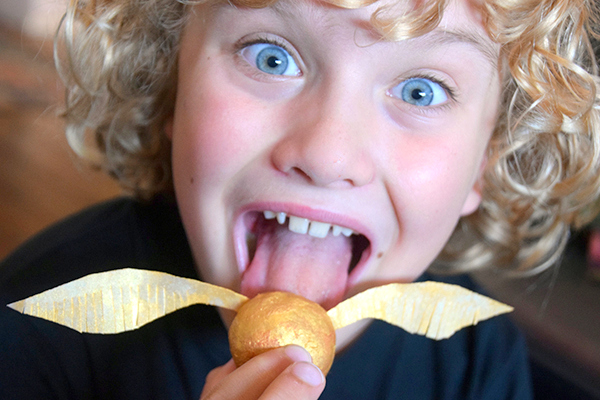 If you’d like to get your butter beer fudge on with Harry this Halloween, here’s our recipe.

Note: Butterscotch chips are readily available in the USA and Canada and can be easily ordered online in Australia. 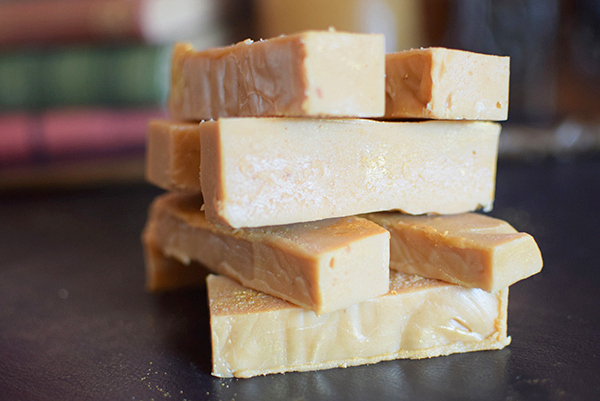 To make snitch: Take a cube of the set fudge and mould into a ball. Cut wings to shape from a piece of edible wafer paper (make sure not to get it wet) Using a sharp knife make a cut in each side of the fudge ball and insert wafer wings Using a soft paint brush coat snitch with food grade edible gold dust

19 Comments on Halloween: Bingeing on Harry Potter and Butterbeer Fudge