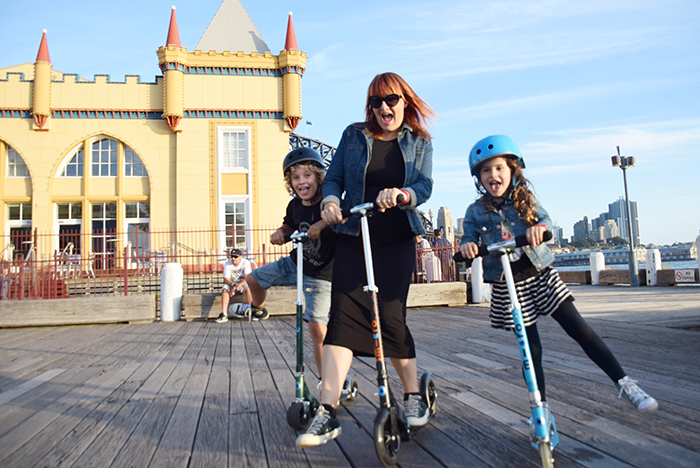 With a focus on high quality written content and photography, BoyEatsWorld is written and edited by Aleney de Winter (with a little input from her well-travelled kids) to encourage families to delve deeper, go farther and travel with a conscience. Ranking at a lofty 19 in the Feedspot’s Top 200 Family Travel Blogs of 2020, the multi award-winning blog offers tips and humorous tales of travel, culture and world cuisine, peppered with the entertaining antics of her well-travelled offspring. Along with inspiration, impartial reviews, in-depth travel guides, interviews, and the occasional recipe, BoyEatsWorld shares expert and relatable advice for families, whatever their travel flavour.

With a passion for travel bordering on the obsessive and an appetite to rival an entire stable of Sumo wrestlers, Raffles’ first real “foodie” experience occurred in sunny San Sebastian, culinary capital of Spain and home to be the world’s highest concentration of Michelin stars. Here Mr. Eats World and I delighted in leisurely lunches and late night feasts of Pinxos (Basque Tapas) but it was as we indulged in a three-hour long, million-course dinner at Mugaritz (then ranked the third best restaurant in the world), that magic happened. From the restaurant’s signature potato “stones” to its butter-soft, cream infused brioche crusted with crisp caramel, it was a mighty introduction for my son to the world of fine food.

At least it would have been had he been conscious. At just five-months old he snoozed happily in his stroller (completely welcome in such an establishment in this family centric country) while mummy and daddy gorged themselves stupid. The only taste he got of this lesson in molecular gastronomy was later that night via the mummy’s milk that he was still fed exclusively on. I like to think that, by osmosis, something supernatural occurred that evening as he’s been a fearless travelling foodie since. Now with 28 countries and countless cities under his (surprisingly small) belt, his skills at navigating the cuisine, colour and chaos of the world are, to quote the boy himself, EPIC!

THE GIRL – Sugarpuff is the baby of the family but has still managed to explore 25 countries in her nine adventure-packed years. Like her brother her desire to explore the new and unusual is insatiable and she’s proved herself to be quite the fearless traveller.

With her wild hair and cheeky smile it’s not unusual for my sugary sweet daughter to become the attraction when we’re on the road. Loving the limelight, she’s taken to smiling and waving like a member of the British Aristocracy whenever she spots a potential audience. But hidden behind the cute curls and cherubic face is a girl so strong-willed and bloody-minded that we wouldn’t be surprised if she ends up becoming the benevolent dictator of some small unsuspecting nation that we pass through on our travels. The fact that she survived infancy without being marinated in a nice white wine sauce and devoured by her brother is proof of her single-minded determination to take over the planet one dainty step at a time.

THE DAD – Mr Eats World is British. In spite of the fact that he has chips and battered spam in his DNA he shares not only my passion for new cuisines and exciting flavours but also my wanderlust. He is also rather sexy, piss funny, and, given the wild eccentricities of his Aussie wife and kids, quite possibly the most patient man alive. (he’s also a little camera shy)

THE MAMA – That’s me. I’m Ms Eats World, but you can call me Aleney. Since reproducing I also respond to mama, mummy, honey, hey lady and the random series of grunts and gesticulations that my children frequently use in place of words. I am a mum. The aforementioned kids were probably a giveaway, right? Less obvious to the untrained eye is that, when I’m not chasing about a pair of small nutjobs or cooking up a storm in my pathetically small kitchen, I moonlight as a publishing consultant, travel magazine editor, freelance writer and blogger (you can read more tales of all things IVF, Infertility and parenting here). While the former is my joyful priority, the latter keeps me from being institutionalised. I also confess to having an addiction to travel that borders on the need for professional intervention and care far too much about eating.