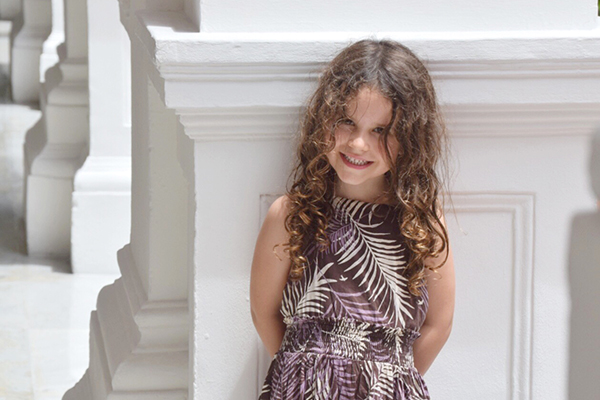 There are two Raffles that are dear to my heart! My cheeky boy is one, of course, and the other is the hallowed Raffles Singapore.  I’ve written at length about my love affair with the fabled hotel before and our little travelling circus always makes the pilgrimage when we head to the Lion City so we can soak up a little of its rarefied air… and I can soak up some of its
rarefied gin!

But its not just about me and my desire for gin. My kids too are always happy to visit and have fallen for the Grand Dame of Singapore almost as hard as I have.

Mind you for Sugarpuff, that’s mostly because she thinks it “looks likes a wedding cake”.

And Raffles? Well, in the few years since he first staked his claim on his luxurious namesake, it has become one of his favourite hotels.

And it is not just for reasons of rampant ego because, as I have had to gently point out to him while he lords it up all over the place, it really is only his nicknamesake. And no, he can’t keep it! 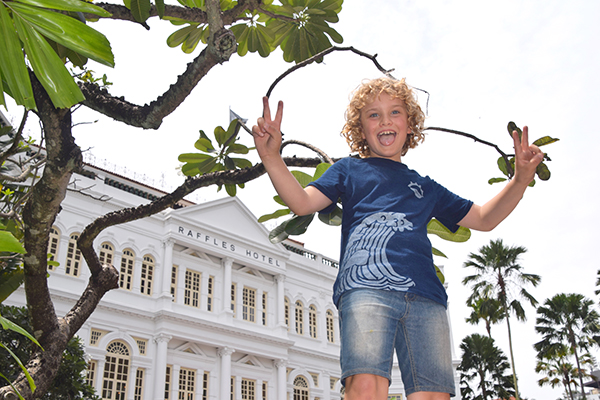 Nor is it because Raffles Singapore is sheer hotel perfection, oozing old-world calm and class without being stuffy or pretentious, though this is not lost on him or his sister. 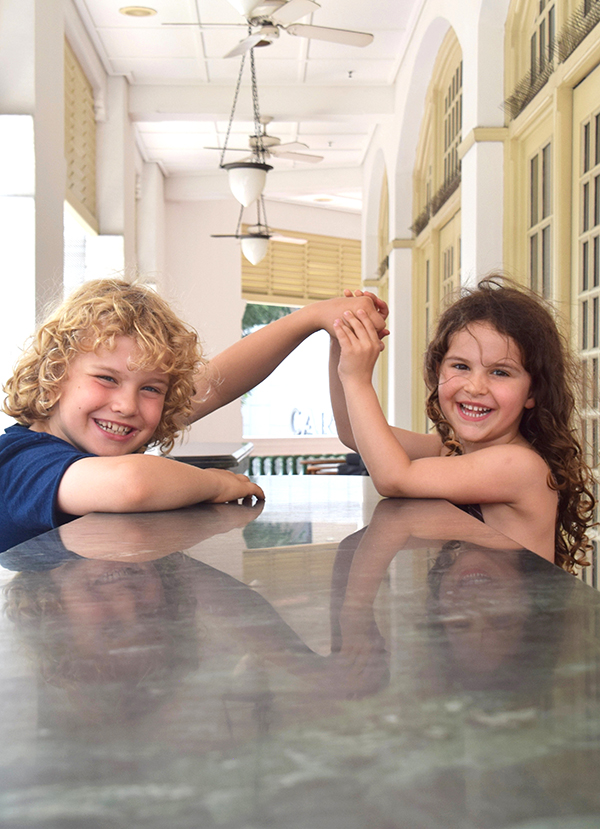 Raffles is also impressed with the breezy verandas, their chocolatey timber floorboards and the frangipani fragranced courtyard that leads to the accommodation, but that’s really not it either. 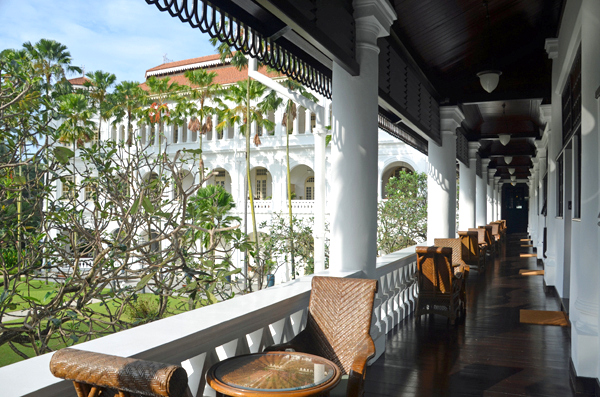 Nor is it due to the sunlight pouring through the white marble colonnades onto finely polished floors. 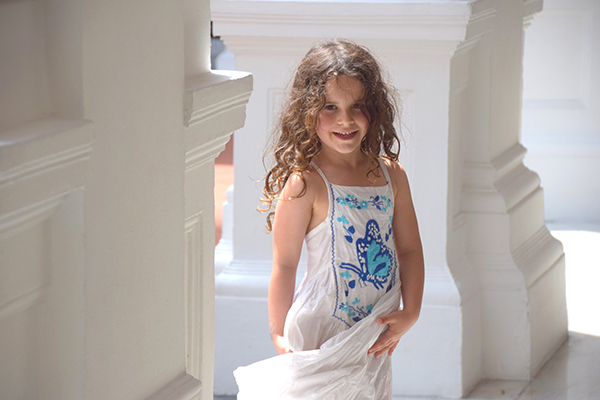 Though that certainly gets the lady Sugarpuff dancing and twirling as if she’s found herself in a fairytale ballroom. 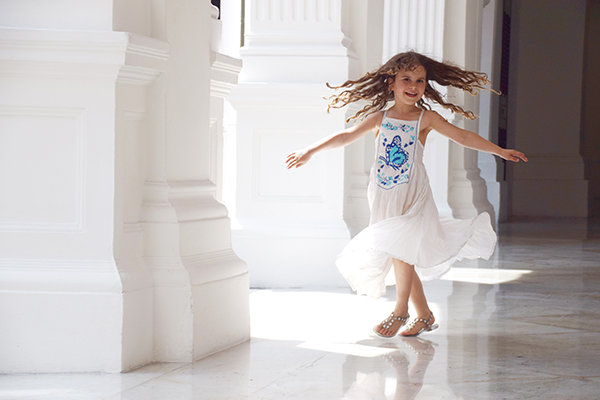 It’s not the tropical chic of the cane lounges and armchairs that his sister loves to loll on decorously. 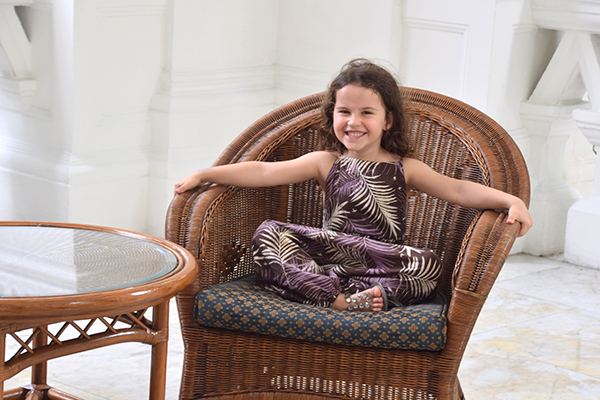 It has little to do with the fact the he loves seeing his gin-soaked, literature loving mama in her happy place and Raffles Singapore, once host to the legendary literary boozers that were Coward, Kipling and Maugham, is most definitely that.

And while he certainly appreciates the extraordinary service and the consideration with which little guests are treated, he has experienced great service before.

I don’t even think it’s because of the splendidly moustachioed doorman waiting to greet us as we come and go. Though they are undeniably magnificent. 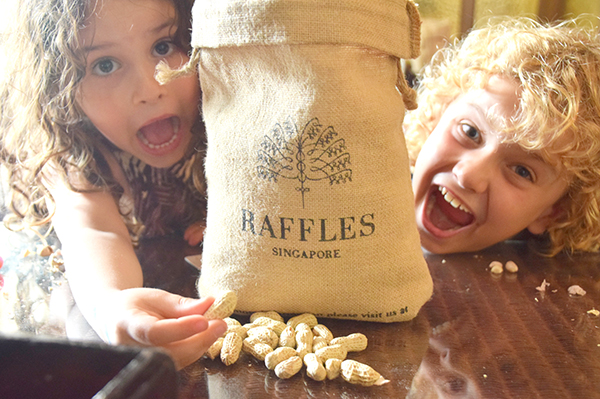 And while the peanut strewn floor and fluorescent hue of a (virgin) Singapore Sling in the Long bar pleases my little hotel connoisseur greatly, this too is just icing on the very fine cake that is the Raffles. 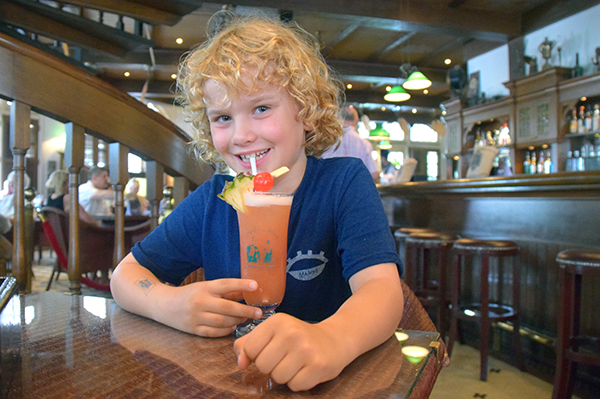 Nope, it’s none of those things. In all honesty, Raffles’ love of the Raffles mostly comes down to the fact that he likes to stuff his face. I realise that it’s a slightly inelegant reason for loving such a sophisticated establishment but between troughing at the lunchtime curry buffet, rolling in peanuts at the Long Bar and gorging himself stupid on the Raffles sublime signature afternoon tea, to Raffles, the Raffles is gastronomic heaven. 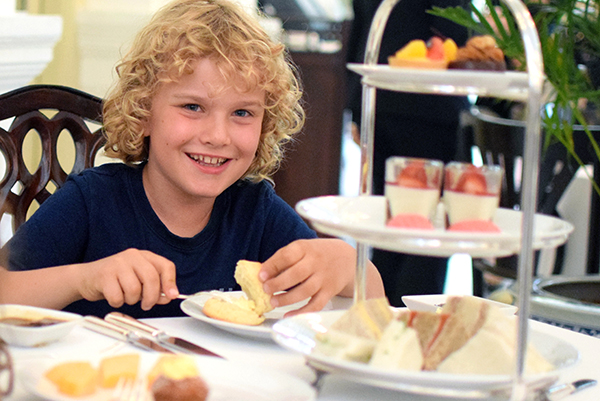 And I understand. Really I do. I mean, the kid knows a good curry when he sees one. But when he sees a dozen, along with platters of delectable savoury somethings, more condiments and relishes than he’d imagined existed, and towers of fresh baked naan bread, he is in culinary conniptions. 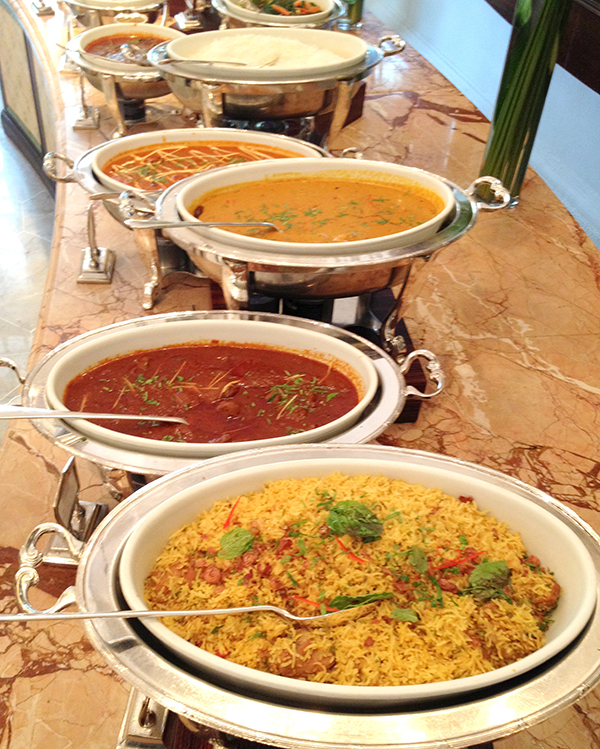 And as for the rather splendid towers of irresistible treats at the Tiffin Room’s iconic afternoon tea, well, I’ll let him tell you all about that himself here, once he wipes all the jam and cream from his satisfied face!

Note: It has just been announced that Grand Old Dame of Singapore is to get a few nips and tucks in the new year. The programme of renovation and modernisation will commence in January 2017. Work on Raffles Singapore will be done in three phases with the hotel remaining in operation until the end of 2017 before a brief closure and a grand reopening scheduled for mid-2018.

16 Comments on A family affair with the Raffles Singapore