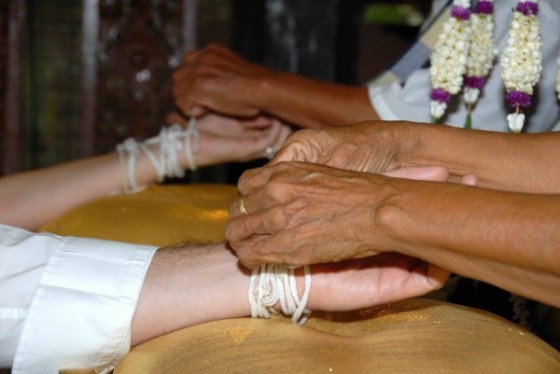 “Mama, what’s a bucket list?” asked Raffles after hearing someone drop the ubiquitous phrase in conversation. Which is how I found myself introducing Raffles to the concept of a “Bucket List” without sharing its more morbid connotations (something I’m not even remotely equipped to explain away to a four-year old).

“Mama, does that mean you can’t choose anything for the bucket because you’re already grown up and are so old?”  Ouch!

Tossing up between disowning him and explaining further I choose the latter. (Good job he’s cute… it could have swung either way after a comment like that). Winging it, I explained that for mummies a “Bucket List” is a list of the places and things they want to do with their kids before they grow up or before their kids drive them into an early grave with all the damned questions! (I swear there weren’t as many questions asked during the entire Spanish Inquisition as a pre-schooler asks in a single frigging day).

“And if there is a hole in your bucket, do the wishes leak out?”

No honey, but if you don’t have the huge wads of cash required to pay for all the whims and fantasies that most people add to their lists, it probably wouldn’t hurt if a few fell (or spilled as the case may be) by the wayside. That’s why my own bucket list verges on the ridiculous and contains a list of the stuff that I know I will never happen in my lifetime.

You know, like finding a shampoo that will turn me into an Angelina Jolie doppelganger or a member of the Kardashian family becoming publicity shy (or talented).

I figure that if I fantasise about the known impossible rather than writing what amounts to not much more than a very expensive to-do list (that will no doubt leave me feeling eternally frustrated and probably remain 90% unfulfilled by the time any proverbial buckets actually do get kicked, in stiletto clad style, by moi) then I won’t feel too cheated when they don’t happen.

“And what about the spade, mummy?” he questioned with a furrowed brow. “Is there a spade list too?”

“Is there an end to all the bloody questions?” I mutter out of hearing range (along with a few choice swear words) but have to admit, as tedious as these interrogations can get I do love the way my little man’s mind works…. and given we’re talking in pre-school terms I think it makes perfect sense to call it a “Bucket & Spade List”.

I am about to change the topic back to something less convoluted like what we’re having for dinner when he tells me he wants one. Now! Given his curiosity on the topic I decide that this might be a good exercise in finding out what he really wants and where HE really wants to go without parental influence or stimulus. To simplify it I suggested he tell me the five places he’d most like to go and why and I would write them down. He can add to it later.

Expecting him to spew out a list of chocolate-coated playgrounds and hotels with large swimming pools or the kind of theme parks that tend to float pre-schooler boats (and that most parents would rather impale themselves on a rusty spike than visit), I was surprised, and not a little chuffed, by my boy’s picks.

China – “Because I want to climb the Great Wall of China and eat some dumplings!”

At the same time, little man? Or do you think they have a dumpling shop in one of the signal towers?

Chiang Mai, Thailand – “Because I want to see where you and daddy got tied up by the bald men. And I want to ride an elephant.”

Aww! What a sweet thought. His mummy and daddy were indeed “tied up” with little strings when we were married in Chiang Mai. And it would be lovely to share our special place with our offspring though I’m reasonably certain that the “bald men” prefer to be referred to as monks.

Japan – “Because Japan is where ninjas come from. And because I like sushi.”

Ten points for accuracy. Ninjas did indeed come from Japan. Feudal Japan that is! So we’re hardly likely to stumble across all that many of them lurking around sushi bars, no matter how stealthy we are. Not that I am implying in any way that ninjas don’t like sushi more that,  given that they don’t technically exist these days, it could prove a tad problematic.

New York, USA– “I want to stay in a sewer to train and eat pizza with the Ninja Turtles. We can use your talking map computer to find them.”

This one may prove tricky, as well as icky, even with the best GPS (or talking map computer) on the market.

Paris, France – “I want to go to the Eiffel Tower and climb it in my Spiderman suit. All the way to the top! And then eat cheese.”

And that, my funny little darling, is a sight that just make me revise my own list.

12 Comments on There’s a hole in my bucket list