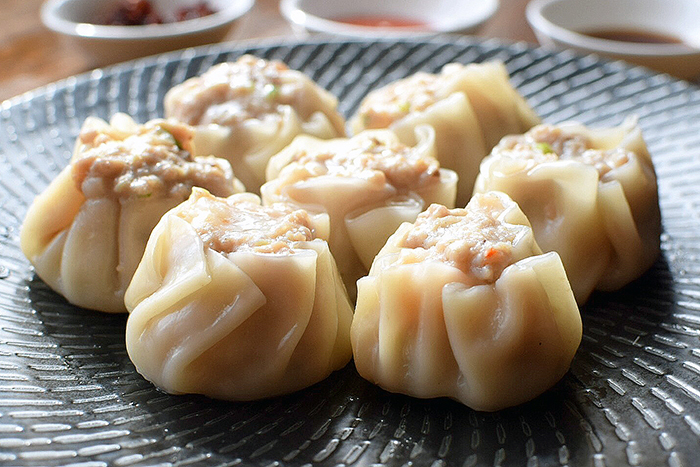 It’s no big secret that Raffles loves a dumpling. And when I say loves, I mean with a passion equalled only by that of a seagulls for chips. In fact, if eating dumplings were an Olympic sport, he’d bring home Gold. In every event. Including the relay.

This is a child who considers Xiao Long Bao (pork dumplings dripping with gingery broth) and Gyoza (Japanese pan fried dumplings) as important to his survival as oxygen. A boy who has been known to inhale 23 har gau (prawn dumplings) in one sitting and still ask for more, thinks that momo (Nepalese dumplings) are a food group and would bathe in a steaming bowl of wontons if given half the chance.

Steamed, fried or boiled I don’t think he’s ever met a dumpling he wouldn’t eat… by the bucketful. After our dumpling devouring adventures in Guangzhou, Raffles asked me if he could try making siu mai (dim sim) at home, I handed over the keys to the kitchen and let him at it. 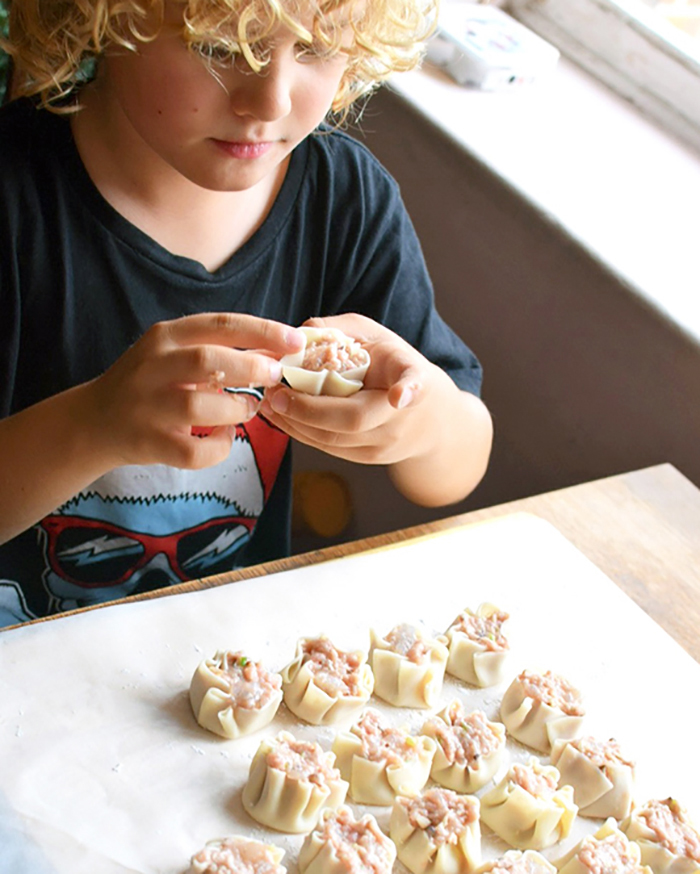 Together we play around with different recipes and ingredients for the filling, adding a splash of this and a sprinkle of that until we came up with a winning formula.  The end result is so good, Raffles reckons they are just about the tastiest he’s ever had… which is handy given this Siu Mai recipe knocks out about 36 of the buggers. Which Raffles devoured (minus a taster or two for the rest of us) in record time. 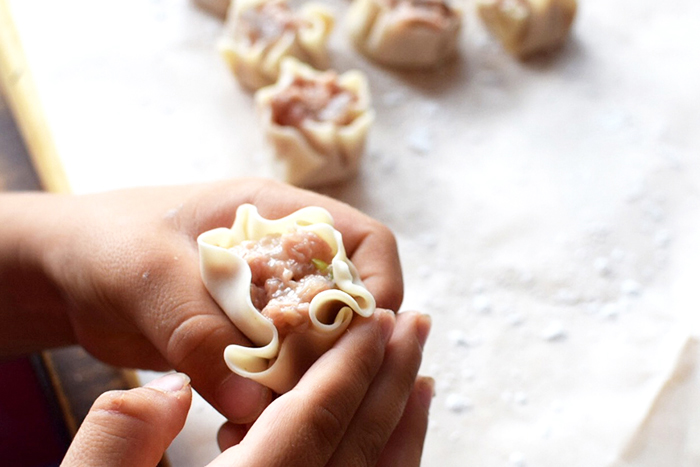