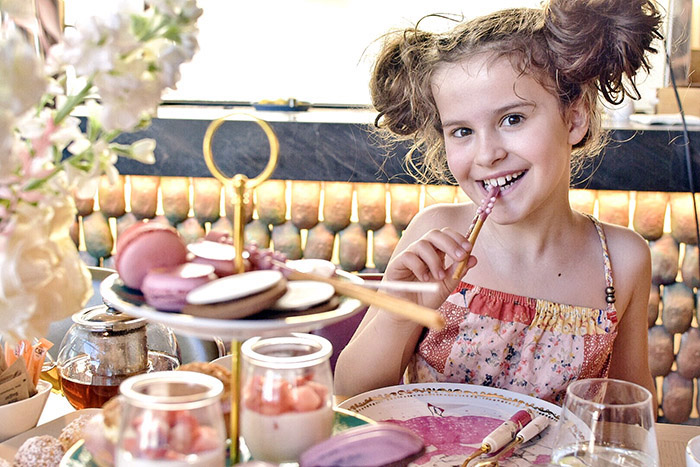 Hi guys, Raff here! I know it’s supposed to be me that does all the restaurant reviews on this site, and as much as I’d love to fill you all in on the latest incredible High Tea offering at the Sofitel Sydney Darling Harbour, I think it’s time I let Sugarpuff have a say, because while I found it delicious, she found it extraordinary, thanks to a fashionable mouse called Claris.

I’ll share all the need to know details later in the post, but first over to my sugar-loving sister, Sugarpuff…

“I was so excited to go to the Sofitel Sydney Darling Harbour with Mama and Raff for high tea because I love cake and I love Sofitel so, so much, and I didn’t know there was one here.

Mama didn’t tell me much about the high tea other than that it was going to be special, and she was so right, it was super special because it was all about Claris the Mouse. It’s a book I like to read to my neighbours Isla and Hali, who love Claris so much they even sleep with the book. And I love it for the drawings and because I think Claris is a good character because she is smart, brave and kind and believes in herself, and my Mama always tells me they are the most important things to be.

When we sat at our table the waiter bought us big pink drinks and the table was so pretty I couldn’t stop smiling. 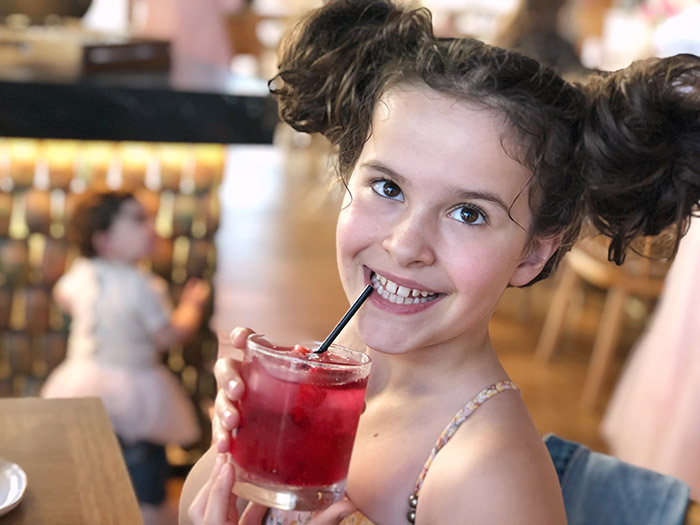 And when they brought us our high tea I was so excited I started bouncing up and down because there was so much cake, and the high tea plates were so pretty I wanted to take them home. Even the cutlery matched. 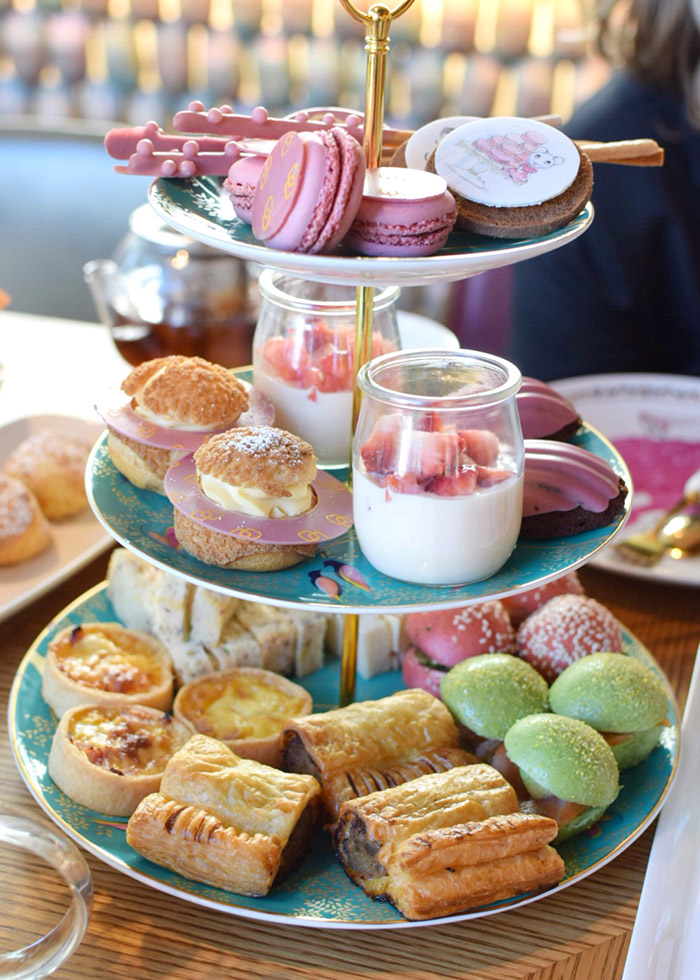 There were three layers of yumminess on the stand. The bottom layer had sausage rolls, baby quiches, smoked salmon buns and bocconcini buns. They were all so yummy, but I had to shoo my brother away because he tried to steal mine. 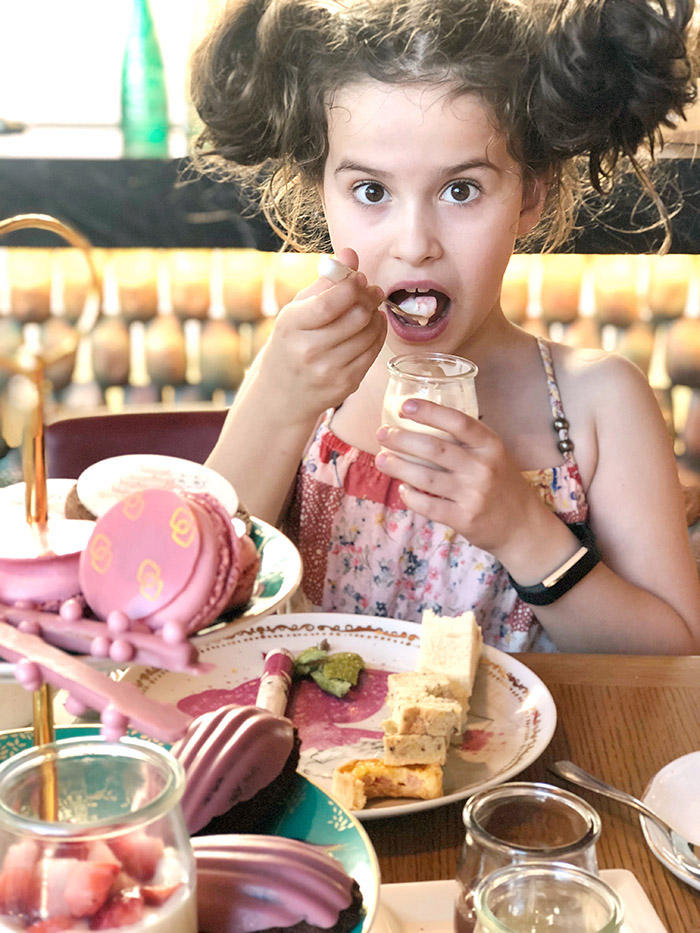 The middle plate had profiteroles filled with raspberry and crème, chocolate Madeleines that looked like shells, Rosewater Pannacotta, which is something like they’d make on MasterChef. I loved them all. There were also the fluffiest scones which I covered with jam and cream. 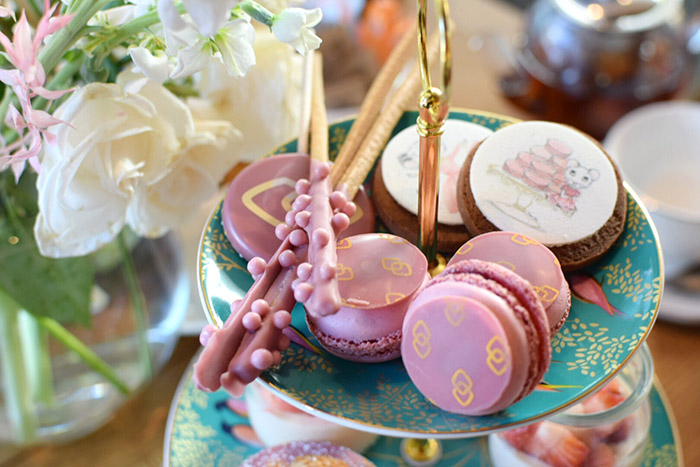 On the very top were the yummiest macarons ever, they were so soft and tasted like ripe raspberries, some pink Pocky Sticks that looked like they had bubbles on them, plus pretty Claris cookies and a chocolate lollypop covered in hundreds and thousands. 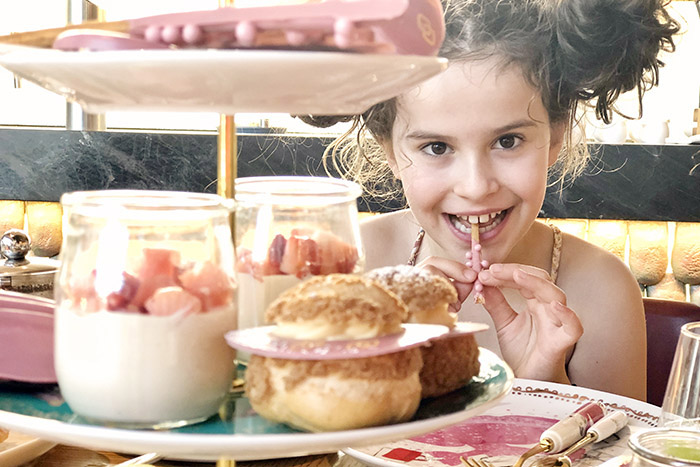 But that wasn’t even the best bit. There was also a chocolate fountain with fresh strawberries, marshmallows, bananas, mini churros and donuts that we could dip in it. 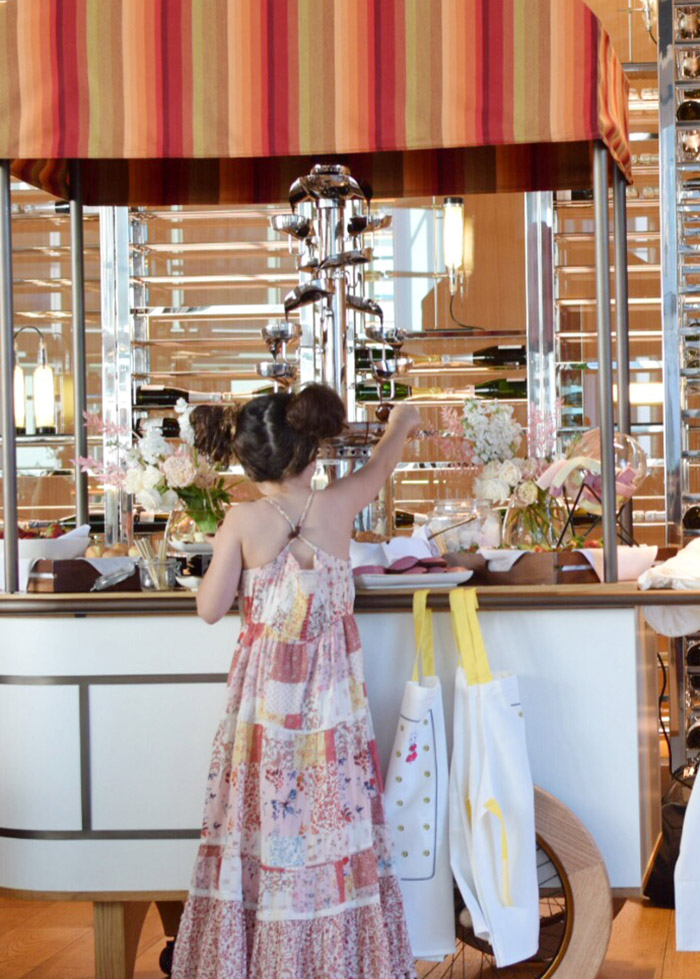 I would have stayed all day and all night just gobbling all the chocolate dipped yumminess if Mama would have let me. It was like Willy Wonka had delivered a little mini chocolate factory just for us. 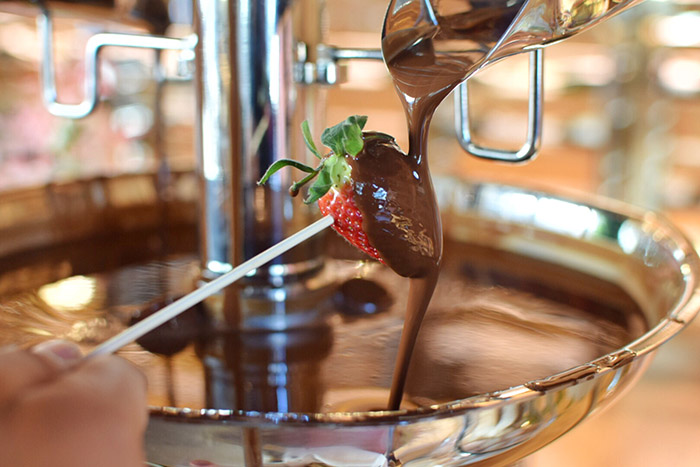 The most super exciting bit though is that Megan Hess, the lady who wrote and drew all the pictures in the book, came to tea too and she signed my book and told me she loved my hair. 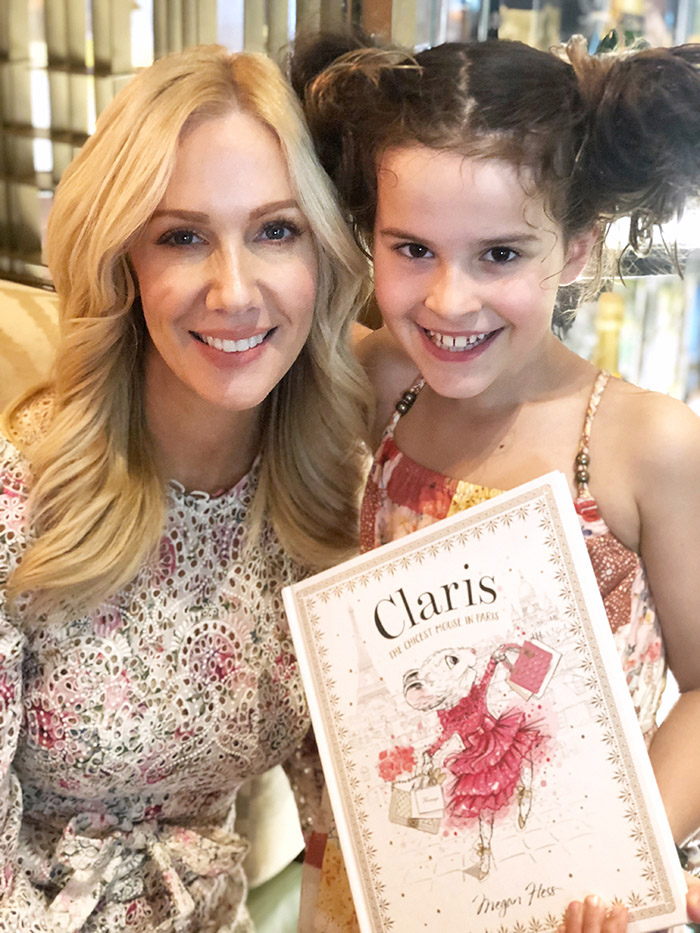 I felt a bit special after that. And brave enough to sneak another chocolate dipped marshmallow.”

I reckon Sugarpuff nailed her review! And even though I know you’re probably thinking an 11-year old boy wouldn’t be all that interested in fashionable Parisian mice, this 11-year old boy is very interested in food and would never say no to a good high tea. And this is good. In fact, I’d go as far as saying it is the best high in tea in Sydney.

The extremely delicious Claris the Mouse High Tea at Sofitel Sydney Darling Harbour has been created by the hotel’s Head Pastry Chef, Puti Firmansyah, who is a pastry rock star, and will be served every Saturday afternoon from 1-4pm through October 13 2019 at Sofitel’s Atelier restaurant. 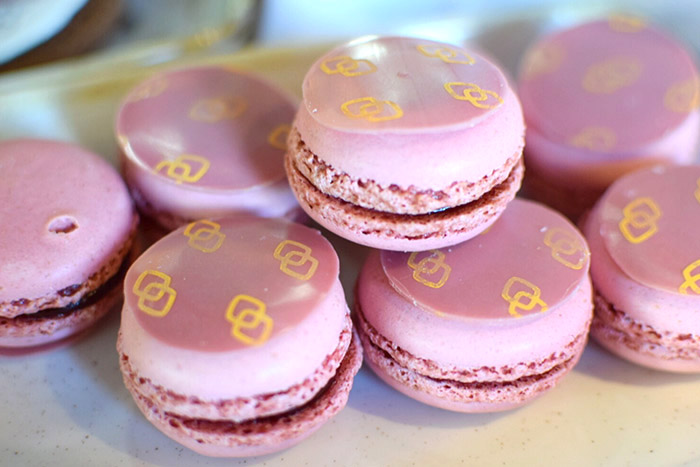 Now, if you’ll excuse me I’m off to dream about those macarons.

Disclosure: Raffles and Sugarpuff were guests of Sofitel Sydney Darling Harbour but all cake consumption, chocolate dipping and opinions are their own.
July 30, 2019 | 0 comment