A chat with..., Responsible Tourism 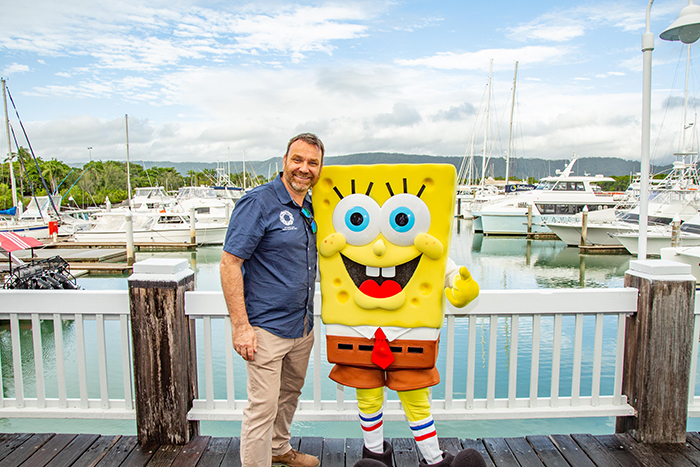 Taking his role very seriously indeed, Raff has been out there doing his bit, loud and proud, to get other kids involved. He’s been promoting Junior Citizens of the Reef in writing in the awesome Holidays With Kids, Australia’s highest circulating (and very best) travel mag. 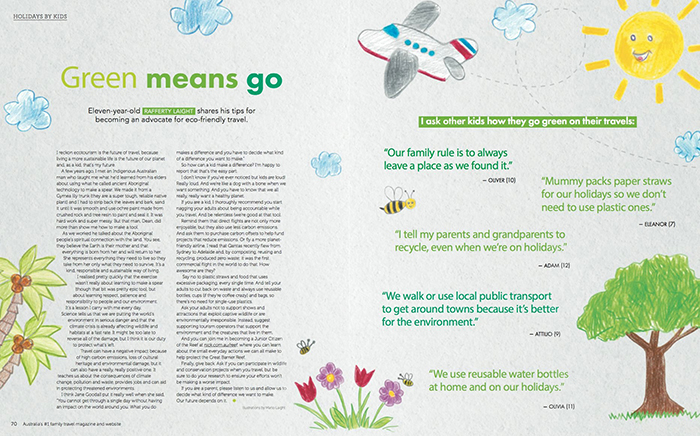 He’s even been spruiking the cause on live TV during a panel interview with the fabulous folks from Studio 10. 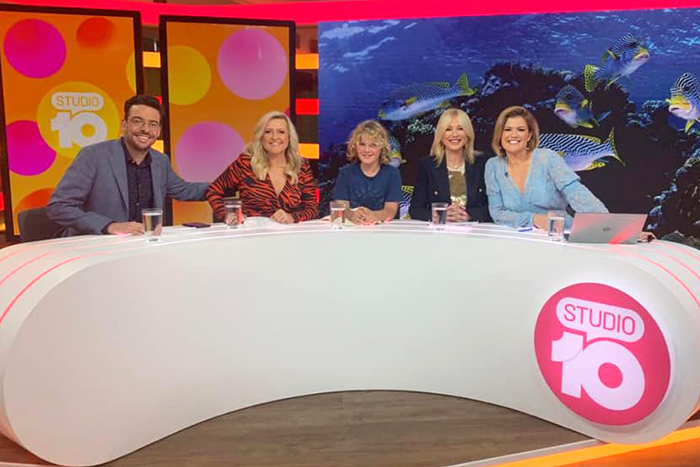 But he’s not stopping there.  He wants to shout it out right here on his own space too, so he caught up with Andy to chat about sustainability, the Reef and how your kids can do their bit for the ocean as a @Nickelodeon Junior Citizen of the Reef.

Over to Andy and Raff…

Your passion for sustainability is admirable, what inspired you to stop worrying about it and start doing something about it.
Worrying takes a lot of energy, generally doesn’t help and is not much fun. The challenge is trying to work out what to do about the things that worry you. I have found that even when you start with small steps, just making the decision to do something opens up a different way of thinking about the things that worry you.  Often the answers will evolve over time – so don’t wait for the perfect answer.
I never thought about it like that. There really is no need to wait to take positive action.

You have successfully created two incredible environmental organisations, Earth Hour and the Citizens of the Great Barrier Reef, which is so amazing. How do you balance your time between the two programs?
I ran Earth Hour for 8 years, it was an amazing experience – but I handed over the reins in 2014, now I celebrate it every year with my kids just like so many other people. Citizens of the Great Barrier Reefs project is my new venture and just like Earth Hour, we are building an amazing network of very motivated, talented people and organisations like yourself and Nickelodeon, to build a 21st century conservation organisation to help the Reef and (we hope) in the future many more reefs around the world. The key to making these projects work is getting the right people and organisations to be on the journey with you and sharing the challenges and opportunities that come with doing stuff that hasn’t been done before.
I’m so excited to be part of this Andy!

Do you think the organisations you have created have made people more environmentally conscious and aware?
I am amazed by how many people across the planet have been inspired and motivated by Earth Hour, but it is really important to point out the organisations were created not by an individual but by a multitude of people and organisations. Citizens is still very new, but I think we are already seeing the potential of the ‘Reef community’ and what we can achieve both on the Reef but also hopefully beyond.
I think we can make a huge difference to the Reef and beyond, and I plan on doing my bit… as loudly as possible.

You first had the inspiration to start Earth Hour from an idea from an idea you wrote on the back of a drink coaster. It is now the world’s largest environmental action, spanning 7,000 cities in over 164 countries, and reaching more than 2.8 billion people globally. Do you believe world changing ideas can be found anywhere and put in play by anyone?
There are lots of great ideas out there but to get them up and running you need to be persistent and get motivated people to help you. So, it’s all about not giving up and building the right team.
Great advice!

I first fell in love with the ocean on a visit to the Great Barrier Reef when I was five. But it was in Asia where I snorkelled through pollution and rubbish filled waters that I realised that the oceans needed our help and become a bit obsessed. Was their one moment that made you realise you needed to do something?
Yes Indeed. I dived on the Reef for the first time back in 2002 whilst on unpaid leave from my job in London. It had been a dream of mine to dive on the GBR since I was a kid, I never went back to my job in London and instead got a role working for WWF in Australia who were working on a massive campaign to protect the Reef.
That’s so cool. I love how you’ve always followed your passion. Imagine if more people did…

Citizens of the Great Barrier Reef was inspired by a public conversation held between Sir David Attenborough and Barack Obama. They are some pretty inspirational people. Besides them, who would you say are your environmental heroes and role models?
My wife Tam is probably my biggest inspiration, she is a zoologist and specialises in Elephant conservation. Broader than this the individuals that inspire me the most are often not the famous names, but much more the extremely motivated and fantastic people who make things happen on the ground, they are the people that made Earth hour happen and are now behind the Citizens project.
I love that you’re inspired by the everyday people who make things happen! And I love that your wife is all about elephant conservation because that’s another passion of mine.

Your new environmental initiative, Junior Citizens of the Reef, in conjunction with Nickelodeon, is educational, entertaining and generally awesome. Can you tell us about it?
This is right up there as one our favourite projects thus far, we have SpongeBob as our first kids’ ambassador, we have linked this with some of the most amazing underwater footage on the planet and are getting super passionate kids to help the Reef and the planet – it’s easy to get involved and we are going to get bigger and better every year!
I’m absolutely doing my best to make sure EVERYBODY knows about it and have loads of kids join in.

So, Andy how can kids like me become part of Junior Citizens of the Reef?
It’s super easy, kids can head to Nickelodeon Australia and pledge to become a Junior Citizen of the Reef and learn how they can help SpongeBob, through a few simple every day actions, keep our reef safe and healthy.
That’s right it takes just a moment but could change our future forever.

Did you ever imagine in your wildest dreams you’d be partnering with SpongeBob SquarePants on a project?
This is quite beyond my wildest dreams. We have a lot of amazing ambassadors including Swimming Australia, however SpongeBob is completely unique in the fact that he is a global icon that resonates with all generations including most importantly kids.
It is kind of cool!

Do you plan to create more environmental websites and activities targeted specifically towards kids?
Absolutely! We are working on an in-school ocean conservation program with Nickelodeon, a marine biology experience for kids, and one of most exciting and ambitious projects yet, the development of the Great Reef Census, a project that will see the world’s largest ever census completed of the Great Barrier Reef. In fact, Nickelodeon is helping us to co-create a kids pilot Great Barrier Reef activity to test ways we can get kids actively involved in this larger project when it rolls out at the end of 2020.
That all sounds so awesome. I love that Nickelodeon shares our passion for protecting the environment and the ocean and are doing so much to promote sustainability to kids.

What are your top tips for kids to live more sustainably?
Join up as a Junior Citizen of the Reef and let SpongeBob become your guide!
Of course!

Thanks so much for you time Andy! Here’s to following our passion to make things that matter happen.