A chat with..., International 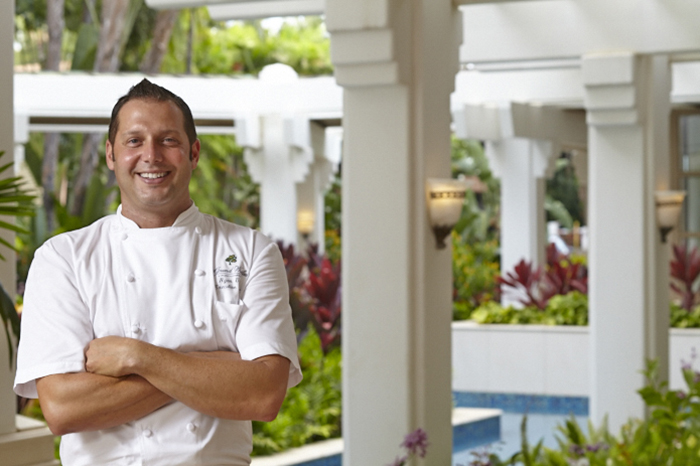 Though Raffles hasn’t had the pleasure of visiting Hawaii, he did get to enjoy a taste of what it has to offer with Chef Ryan Urig, Executive Chef, Grand Wailea, A Waldorf Astoria Resort, who joined the Hilton Hawai’i team to showcase Hawaiian ingredients and the produce of the islands at the Hilton Sydney.

So, inspired by the freshness and tastiness of the cuisine, Raffles is now pleading with me to take him to Maui for some Hawaiian style feasting. While I don’t think it will require much arm twisting on his part to get me to agree, for the time being my 10-year-old junior journo is getting his foodie fix chatting to Chef Ryan Urig about the flavours of Maui … over to them.

I was lucky enough to taste some of the magic seafood dishes you prepared at the Hilton here in Sydney, and I haven’t stopped thinking about how incredible it was since. 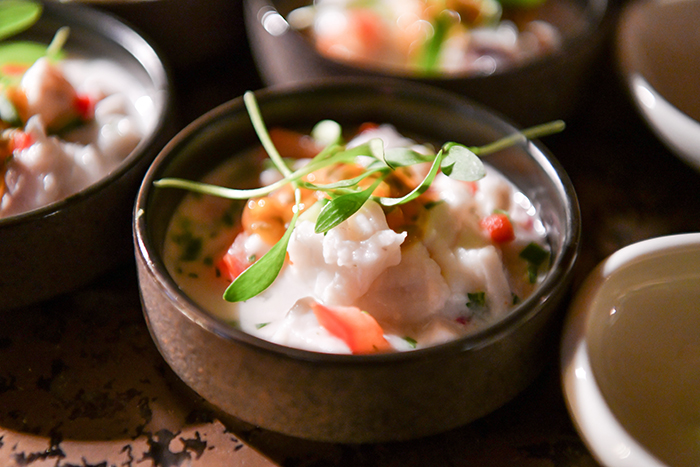 Thanks for allowing me a taste of your culinary genius, I hope I can come to Maui sometime soon to eat a whole bunch more. But until then, I’d love to ask you some questions about Hawaii and Hawaiian food.

How did you like working with Australian Produce?
I thought it was fantastic going down to the markets in the city to find fresh produce, and to the Sydney Fish Market for all the fresh seafood we used. You have an abundance of options. Wintertime kalettes and finger limes are what you are known for around the word, so we enjoyed cooking with those and the stone fruit in season. 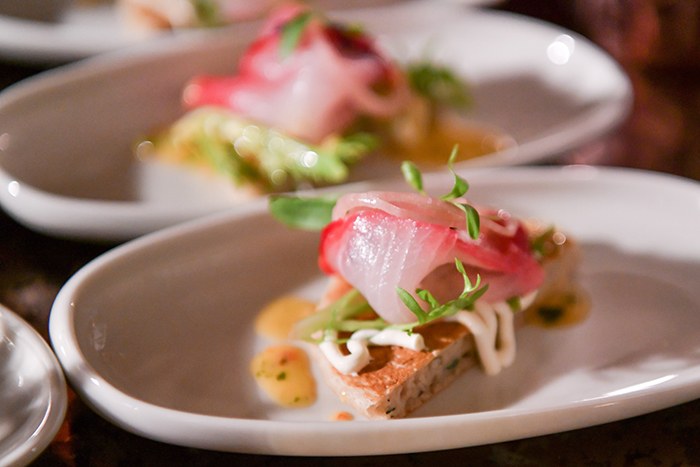 We incorporated them into the menu for the event. I really enjoyed collaborating with the chefs at Hilton Sydney, too. They were fun, and we became good mates.
I’m glad you liked it here. The food you made with our produce was off the charts awesome.

Is it very different to what you work with in Hawaii?
The difference between your oceanside city and the islands in Hawaii are the seasons. You have winter, and we’re lucky to grow stuff year-round. Most countries and places can’t do that. You do have many of the ingredients we have in Hawaii – passion fruit and ulu (breadfruit) and the uni (sea urchin). We saw a lot of similar seafood to our seafood in Hawaii.
Wow, it must be great to have access to such great fresh stuff all year around.

What is a uniquely Hawaiian ingredient or dish that you recommend everyone who visits Maui?’
Hawaiian ahi poke is loved the world over. We saw over 10 poke bowl shops in Sydney on this trip. What is unique in Hawaii right now is how the chefs are using underutilised ingredients. The ulu is something we’re playing around with in our restaurants. Chef Mike Lofaro does an ulu risotto in HumuHumu that is one of the top sellers on the menu. We’re doing a smoked BBQ hummus with taro and ulu chips, and an ulu mac salad at our new restaurant, ‘O’koa Beachside BBQ. Ulu is a famine food and can grow almost anywhere in the world, so it’s abundant and readily available year-round, a true sustainable food.
Ulu is like a breadfruit, right? Sounds yum!

What made you want to become a chef?
I grew up going to my grandmas for family gatherings, and everyone came over to eat a family meal together. Seeing how the family enjoyed this time together, I started cooking at a young age. Food brought my family together, and they liked to eat what I made and seemed to enjoy my cooking, so I kept working harder at it. Now I work at a big resort hotel and cook for over a million people a year.
Food for a million people! Whoah! That would be almost enough food to fill me up. Almost. 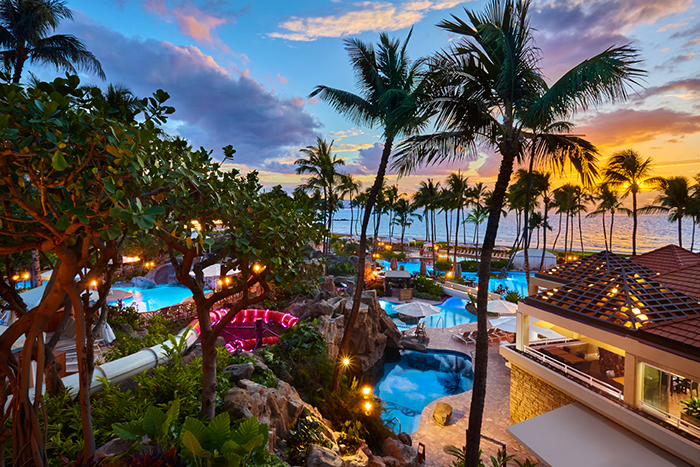 You’re the Executive Chef at Grand Wailea Waldorf Astoria Resort, which looks like a super cool resort. But even with all the cool stuff like slides and pools and beaches the most important thing I want to know is… what’s your favourite dish on the menu?
My favorite food in the hotel right now is the new sushi bar we launched this month. Being in Hawaii we can have the freshest sushi, and we’re having a lot of fun with that.
Good sushi is the best. I ate with a sushi master in Japan once and it was the most incredible meal of my life.

I’m right into mythology and legends and I know the island of Maui was named after Maui, the god who fished the Hawaiian Islands out of the sea and slowed the sun to stretch the days. He also liked playing tricks. If you had to cook for him, what would you make?
Maui obviously loves fish. He has a big magic hook and can hook many beautiful fish. I’ll cook whatever he catches in the ocean. Maui also likes to play with the fiery sun, and I like to play with fire when I cook. That is why we just opened the ‘O’koa Beachside BBQ.  It was inspired by our annual summer event Fire it Up! – The BBQ of the Pacific, and we would love to have you here next year to experience it.
I think Maui would be pretty happy with that. I know I would be. And I’d love to come and experience a proper island style barbecue in Maui. I better start nagging mum to get me there next summer.

What are your favourite places for a snack in Maui when you aren’t cooking?
I take my little boys to get sushi, or we go to the market and barbecue in the backyard.

If someone gave you $1000 to eat one meal in Hawaii where would you go?
I would get family and friends together and head to the beach for the ultimate beach barbecue with the ultimate local ingredients. Our chef friends would collaborate on foods, and everyone would be enjoying the ocean all day until sunset.
Best answer ever. This sounds EPIC! There’s nothing better than fresh seafood by the sea.

If you only had $10 left to eat a meal in Hawaii where would you go?
I would head strait to Ululani Shave Ice in Kihei and get the rainbow shave ice with a vanilla ice cream scoop on the bottom and cream drizzled on top. They have the finest shave ice, and are so big that I can share it with both my sons.
I love shaved ice and ice cream so this sounds right up my alley.

What are some of the best things to do in Maui other than eating?
I recommend everyone coming to Maui do two things: get in the ocean and spend a day Upcountry. Surfing, diving, or extreme sports like kite surfing in the water are the best here. But a lot of people don’t know about our paniolo (Hawaiian cowboy) history and small towns, and you can experience that Upcountry at about 2500 ft elevation. Hike Makawao Forest near Makawao town, and watch a rodeo or cowboy polo. It is only about 30 minutes from Grand Wailea, but a whole other world. There is so much to do on the island of Maui. I’m sure you’re going to love it when you get here.
Sounds awesome. I want to do all those things, After I eat, of course.

Thank you, Chef Ryan. You’re super nice for sharing your food and your time with me. I hope I get to see you in Maui sometime soon.