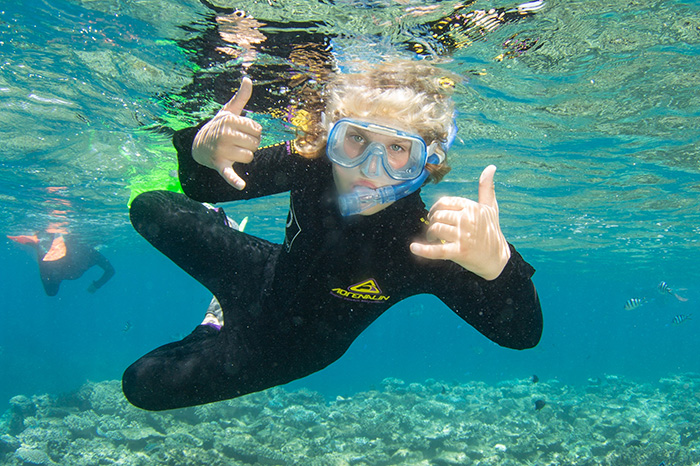 “It’s a turtle”, I excitedly try to tell my Dad. The only catch is we are in snorkels and under the water, so I’m trying to tell him via crazy pointing and interpretive underwater dance. He looks a little shocked. I think he thinks I’m giving him the finger and he gestures back with two of his own. How rude, I think, until I realise he’s actually pointing out a second turtle! And then a third one. And I almost burst from happiness.

You see, I didn’t really know what to expect when I headed back to the Great Barrier Reef after a big break of around four years. But I did know that the vibrant, active ecosystem I’d visited three times was in a crisis. Would it be a ghostlike land of dead coral, bleached into oblivion? Or would I find a plastic strewn wasteland? I was truly terrified at the prospect of both.

What I didn’t expect was to find an an epic underwater world full of brightly coloured soft and hard coral and a bazillion busy fish. Yep, that’s right my friends. The Reef is alive and pretty darned well. Actually, it’s thriving, with rich coral growth supporting a menagerie of marine life. At least that’s the story at Agincourt Reef, a pretty ribbon reef off Port Douglas on the Great Barrier Reef, where I don’t just get to swim with my favourites, the Green Sea Turtles, but come face to face with a many a finned and flippered friend in the coral gardens.

That’s not to say the catastrophic threats to the Reef aren’t real. Thanks to climate change and pollution, over half of the corals in this awesome ecosystem have been lost or critically damaged in the past 40 years. The Great Barrier Reef is still in grave danger and if our ocean temperatures continue to rise at the current rate, the ancient ecosystem will become history within our lifetime.

I’m so lucky  to be visiting Agincourt Reef with Quicksilver, an ecotourism innovator who has helped pave the way for responsible and sustainable tourism in Australia. And they offer easy access to the Great Barrier Reef for Kids from Port Douglas, a place packed with great stuff for families. 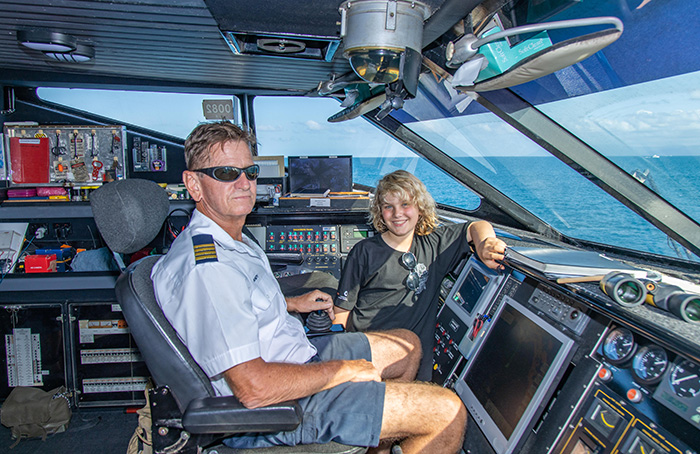 But even better is the company of a couple of very special people. The first of these is Quicksilver’s own marine biologist, Hayley, who absolutely rocks! Not only does she know all there is to know about the marine life and health of the Reef, she guides us to all the best spots on Agincourt Reef for spotting the most insane sea creatures and guides us straight to those amazing green sea turtles, as well as massive metre long parrot fish, cute clown fish swirling about their anemone homes and even a Spanish dancer (which is less dancer and more fancy sea slug).

My other snorkelling buddy is Andy Ridley, co-founder of Earth Hour and founding CEO of Citizens of the Great Barrier Reef, a program that’s aiming to get a worldwide community of regular people like you and I to support positive action for the Reef.

The best thing about Andy though is that when he’s not out saving some colossal ecosystem or doing something amazing for the planet, he’s just a straight up funny and cool dude who I reckon is about as awesome as they come 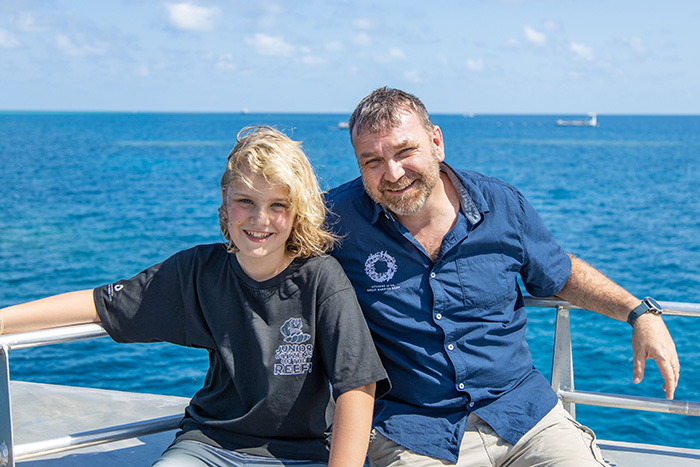 Andy has also joined forces with Nickelodeon and SpongeBob SquarePants (yeah, he’s that cool) to launch Junior Citizens of the Reef, which is all about educating children about the threats facing our reef and ocean and the everyday actions we can take to help it. Told you he was awesome.

Fifteen minutes of floating amongst a garden of turtles later and we’re back on-board Quicksilver grinning as we peel off our soggy wetsuits ready to return to town and our epic conscious hotel, The Riley Cairns.

Experiencing the reef with Andy and Hayley has been such a privilege and has left me in utter awe of the genius of mother nature. 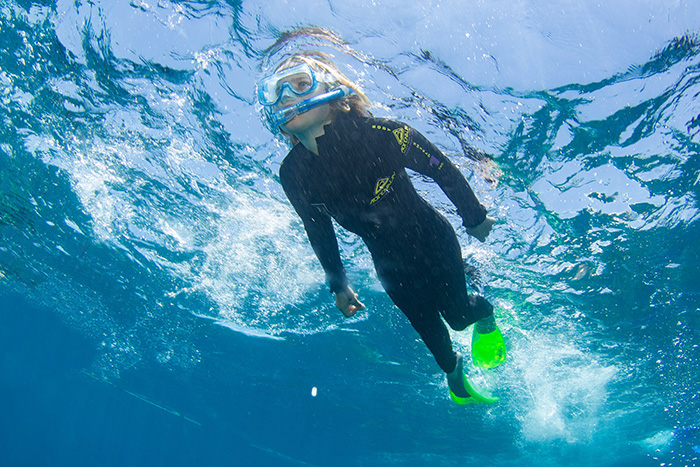 I am now not only enchanted by this underwater wonderland but educated, knowing that while the Reef may be OK today, it is tomorrow we need to worry about. No amount of “blah blah blah” by climate deniers can change the science that proves climate change is real. And no amount of complaining by those of us who do care is going to help either, if we don’t actually DO something about it.

But when it come Great Barrier Reef for kids the big question is how?

Obviously the solution isn’t as easy as slip slop slapping sunscreen over the hole in the ozone layer. So, what can we do?