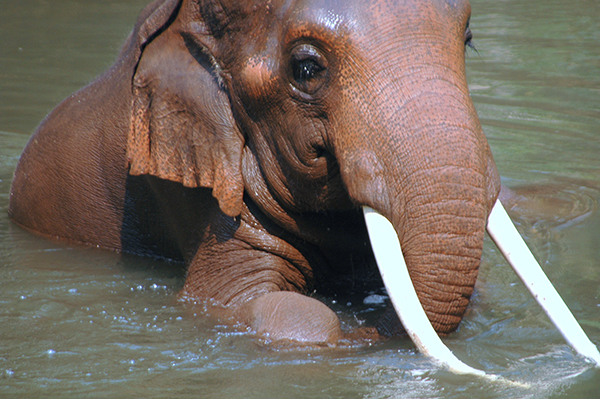 It’s hailed as Phuket’s must-see spectacular and as soon as my kids see the flashy video of Phuket Fantasea’s dazzling Thai dancers, acrobats, and magical illusions, they want a piece of the action.

At least they do until they spot the chorus line of tarted up elephants balancing precariously on each other like giant trunky dominos. It’s a surreal scene and I’m almost expecting the painted pachyderms to start moonwalking, or pole dancing, when Raffles interrupts with a hint of concern in his voice.

“Ummm, how do elephants learn how to do that?”

“It doesn’t look very elephanty to me” points out a very observant Sugarpuff.

She is right. It really isn’t very “elephanty” at all. And the caged tiger plonked on a stage full of exploding pyrotechnics doesn’t really look like a page out of the Jungle Book. But they haven’t spotted him yet!

Before I can answer Raffles shuts down YouTube and says that he no longer wants to see this particular show. Because it is clear even to an eight-year old boy that these animals should not be performing like this, or in fact at all.

Without meaning to offend any twinkle-toed pachyderms with dreams of being the next Fred Astaire, elephants were simply not designed to dance.

There is a lot to love about Thailand, not least the food, culture and people, but its animal attractions are just not one of them. The risk of supporting animal exploitation is just too great.

Asian elephants are endangered due to the decimation of their habitat as well as illegal capture and trade for use in tourism. Now before I come across as too self-righteous, I’m not without sin! I confess to having ridden an elephants in Thailand on my first visit, more than fifteen years ago. Mr Eats World and I were not that young but we were clearly very foolish and extremely uninformed when we agreed to an elephant encounter that was part of our itinerary on a hosted trip. But by encounter I didn’t realise they meant trek through the jungle perched like the Queen of Sheba on the back of an unfortunate elephant at what was touted as an “Elephant Sanctuary”. 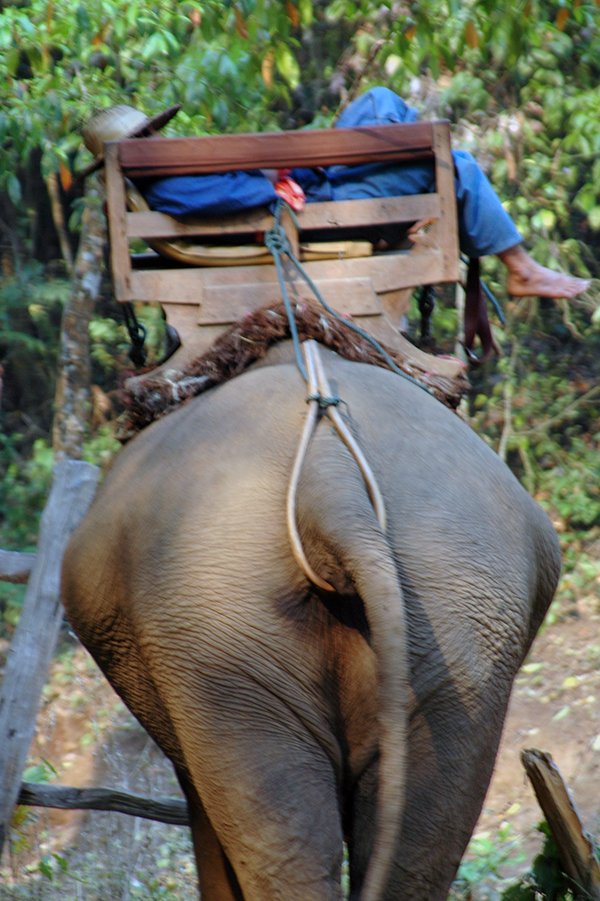 I fell in love with our elephant, a sad-eyed beauty, as soon as I met her. But the ride itself wasn’t all that much fun. Especially for her. Between the mahout, Mr EatsWorld and I, she was carrying about 200 kg of human. Not to mention the massive wooden seat that would have added at least an extra 80kg of pressure to her back. Her mahout (elephant keeper) carried a bullhook to keep her under control.  He claimed it was a necessity and that it didn’t hurt the animal at all. I have to call bullshit on that, her scars told a different story.

I felt sick to my stomach that through our ignorance we, two people who claimed to love animals, were participating in something that was so blatantly cruel to this beautiful elephant. An elephant that didn’t choose this life. We cut our ride short, and explained we would sit the rest of this portion of the tour out because, even without much information, it just felt wrong.

Because it is wrong. She, like every other elephant involved with humans in any way, would have been taught to carry her passengers by having her spirit broken through repeated abuse.

To think that these elephants who paint for us, carry us, or perform onstage in sparkling tutus for human entertainment have simply been ‘trained’ like an oversized puppy is naïve. These are wild animals and have been tortured into submission. They perform only from fear of more of the same. 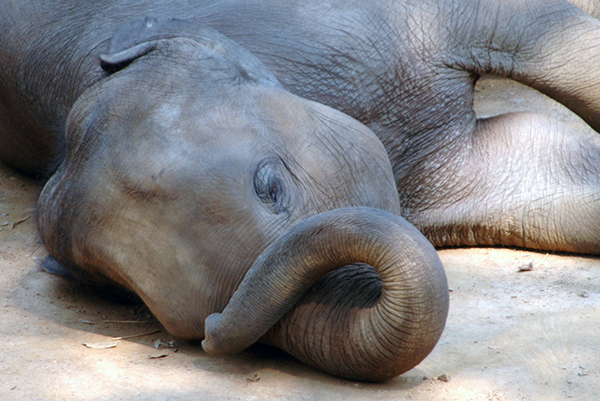 All elephants, even those born in captivity, undergo a heartbreakingly cruel process known in Thailand as the phajaan where they are removed from their mothers, confined, deprived of sustenance and beaten until they submit to human whim.

I cannot justify my experience, except to admit my ignorance. I had no idea that this would be anything other than the sanctuary our itinerary claimed it to be. And no idea what these elephants went through. Though I swore that very day that I would never ever support anything like this again.

Now, I hear people who do know what happens justifying their experiences by saying that the animals ‘look’ happy. Seriously! What exactly does a happy elephant look like? I’m tipping its not carrying 280kgs of tourist or getting bedazzled and balancing on a tiny box.

The elephant tourism industry thrives because tourists just like you and me let it. And, tempting though it may to climb on the back of one of these magnificent creatures, we need to ask ourselves if an hour or two of fun, or a cool snapshot of our kids, is really worth a lifetime of pain for these creatures.

I’m happy to say that my kids have already worked out that it’s not. 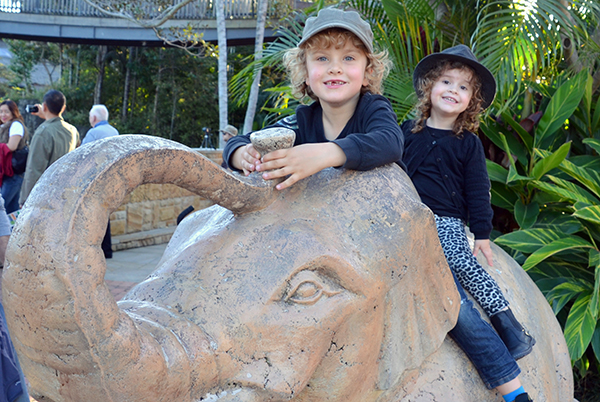 If you’re an animal lover and want to experience an elephant encounter, there are ethical options, but these are few and far between.

Instead of riding elephants in Thailand, or watching one dance or paint, do your research and volunteer for a day at an elephant rescue and rehabilitation centre like Elephant Nature Park, The Surin Project or Golden Triangle Asian Elephant Foundation in Northern Thailand. These all employ sustainable methods and instead of watching them perform visitors can watch the elephants doing what they do, naturally.

There’s so much more beauty in that.