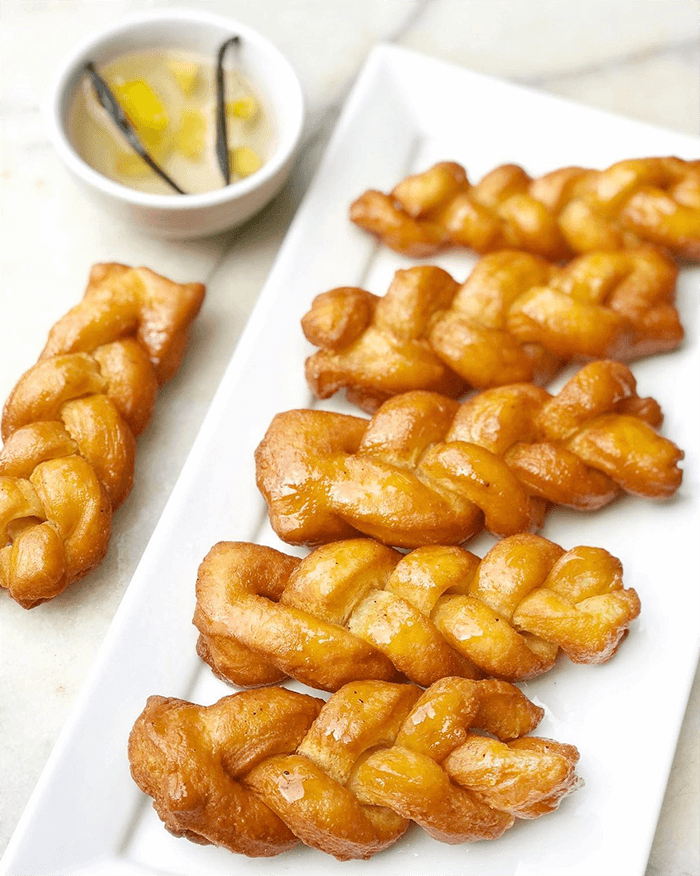 The people of southern Africa love their snacks sweet, and things don’t get much sweeter than South African Koeksisters, twisted treats of golden fried dough, slathered in sticky aromatic syrup.

Originating from the Afrikaans community, South African Koeksisters are said to have evolved from two recipes brought to the Cape by settlers from the Netherlands in the 17th century, that were gradually morphed into one doughnutty delight, that have been making tastebuds, including ours, sing ever since. 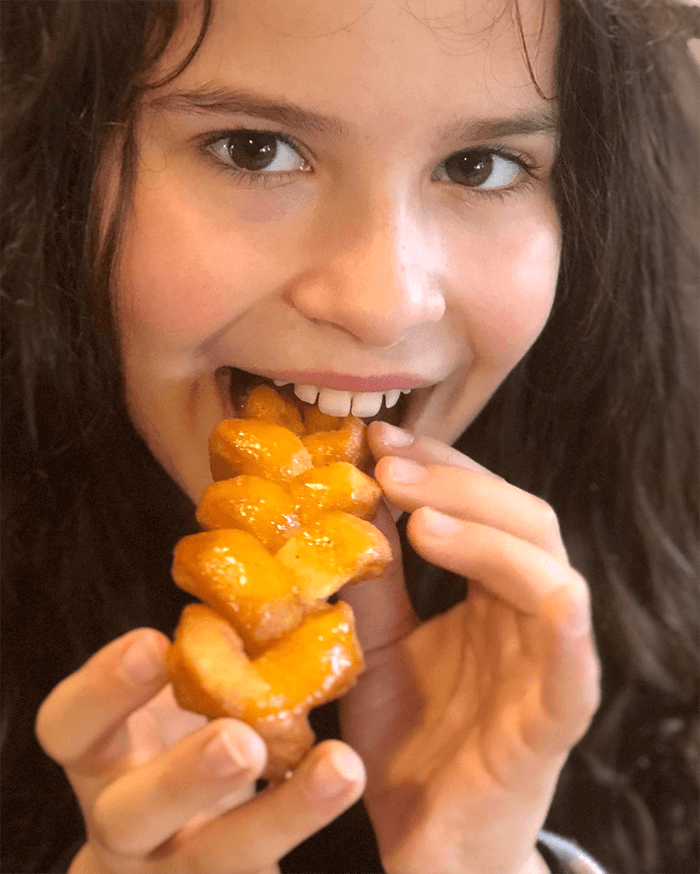 As a gesture of his commitment to reconciliation President Nelson Mandela famously enjoyed tea and koeksisters with Betsie Verwoerd, the widow of HF Verwoerd, the former prime minister known as the architect of apartheid, whose government imprisoned Mandela.

We found koeksisters –– not to be confused with the similarly named koesisters (a distinctly different Cape Malay treat of Malay/Indonesian origin, that are bun shaped, spiced and smothered in coconut)which we enjoyed in Bo Kaap –– everywhere from supermarkets to service stations in and around Cape Town, and nine-year-old Sugarpuff, living up to her name, couldn’t get enough of them. Hence us learning to recreate them upon our return from South Africa. 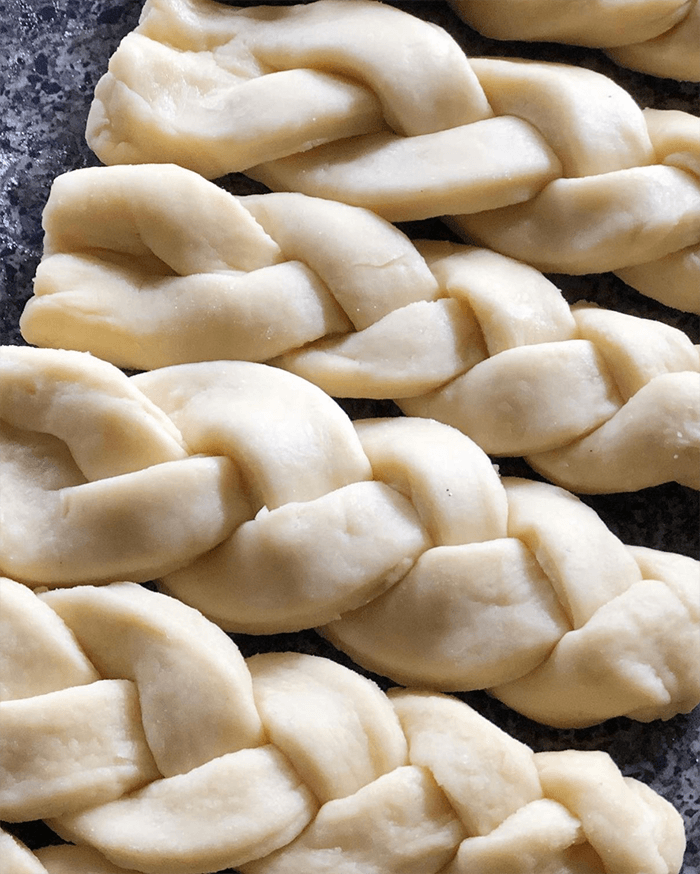 The plaiting is easier than it looks with nine-year old Sugarpuff nailing her first attempt. But the real trick to a perfect koeksister is in allowing the dough to proof properly before plaiting, and ensuring the deep-fried dough, is dipped into the ice-cold syrup while still sizzling hot, so they soak up the syrup whilst maintaining their signature crunch as we discovered with these ones. Because darned if these glistening beauties didn’t send our tastebuds soaring straight back to happy times in South Africa. 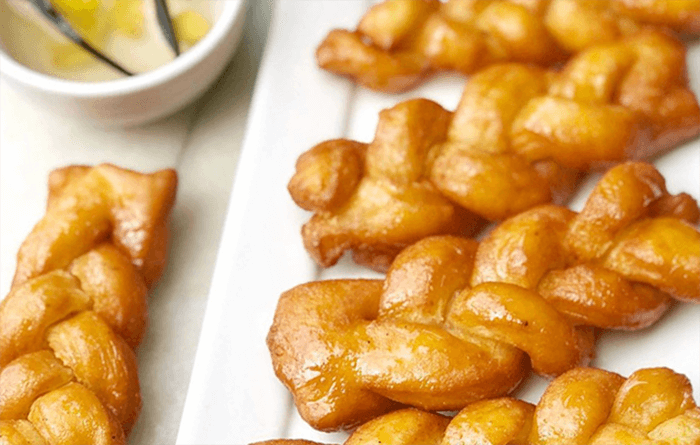