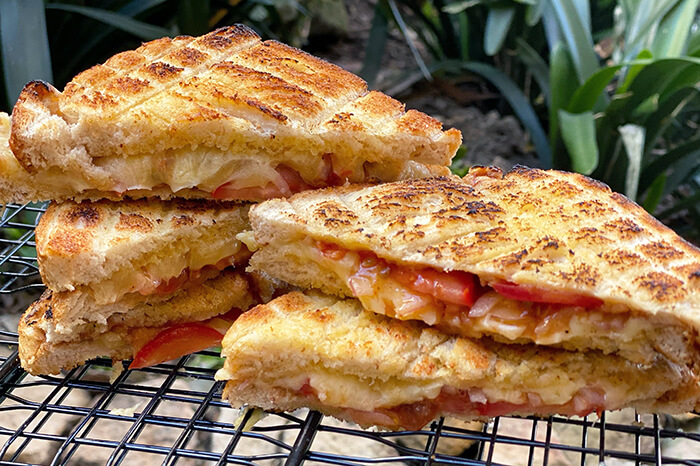 Is there anything better than a smokey, oozy, zingy and utterly irresistible South African Braaibroodjie? The kids think not.

So much more than just a barbecue, the braai is a social custom that South Africans take even more seriously than Australians do their barbies, which is saying something. Indeed, if it weren’t for Rugby Union, I wouldn’t put it past South African’s to declare braai the national sport.

Originated with the Afrikaner people, but since adopted by all South Africans, irrespective of race or culture, the method of food preparation is relatively similar between a barbie and a braii, but the traditions are markedly different, with a few irrefutable rules.

1. Like their Aussie compatriots, women are rarely in charge of the cooking of a braai as this is generally the domain of men, but unlike the collective bloke fest that tends to happen when Aussie’s get grilling, the host of a Braai is the only one who takes exclusive charge of his fire. There’s an Afrikaans saying, “Jy krap nie aan ‘n ander man”, which means don’t mess with another man’s fire. The role of the guest is to instead hover with a bevvie and watch on in awe.

2. A braai is traditionally cooked on local wood, more often in modern times on occasionally charcoal. If there’s gas involved, it’s simply not a braai.

3. The fire is to remain fed and lit for the duration of the braai, long after the food has been cooked, as family and friends gather around the atmospheric flames.

As for what’s cooking? You name it! Served with side dishes of salad and pap (a braai essential that’s made from maize meal), along with the usual lamb, beef, pork, chicken or fish, you might find springbok or ostrich cooking on the braai. Then there’s the almost regulation boerewors sausage, a lengthy coil of minced meat stuffed with spices.  And you’re sure to finish your meal with a traditional dessert like melk tert, malva pudding, and sticky  koeksisters.

But for us, it is the traditional South African Braaibroodjie (barbeque sandwich), that no braai could be complete without. 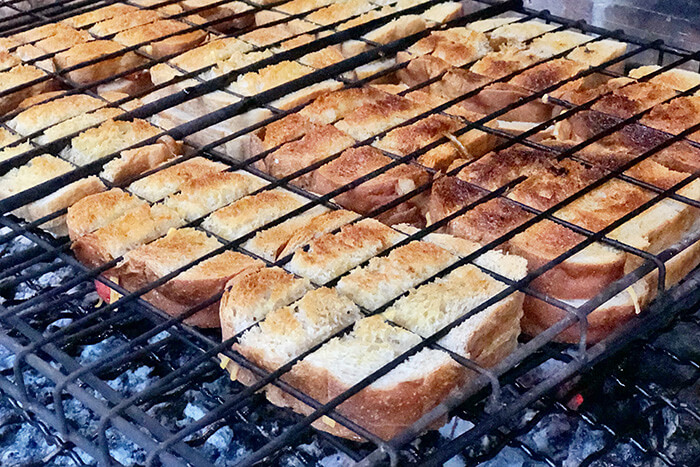 Stacked with oozy sharp cheddar, tomato, onions, and chutney, the kids found them irresistible when they were introduced to them at their very first braai on our visit to Cape Town and Grootbos, so the recipe followed us home.

While they’re pretty simple to make, we recommended using a decent white bread, and prefer to sauté or caramelise the onions before adding them to the sandwich. As for the sweet zing of chutney, my South African pal’s tend to swear by the apricotty goodness of Mrs Ball’s Original Chutney (which you can pick up in Woolworth’s stores in Sydney) but you can use any good chutney. And one last tip, cook them slowly to avoid burning while maximising the smokey flavour. 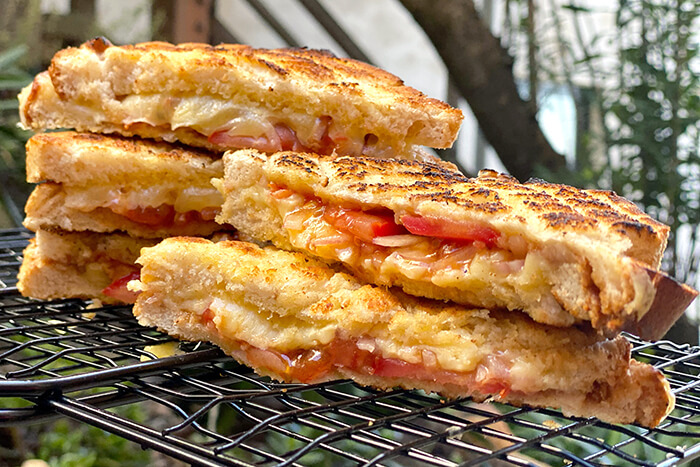