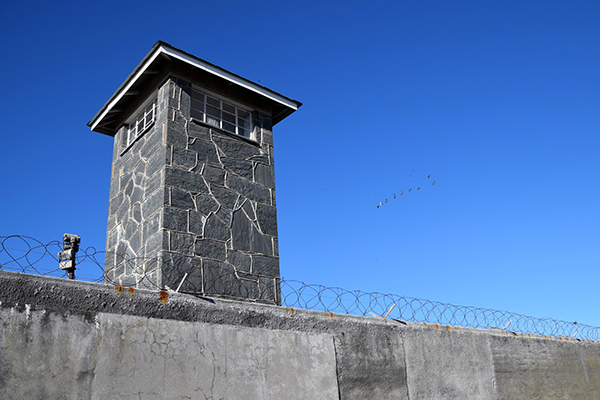 They say that nobody comes back from a journey the way they began it. Nowhere has this proved, at least for me, more prophetic than Cape Town, a diverse and impossibly beautiful city that is dominated by a legendary mountain and the spectre of Nelson Mandela.

It was here, on Robben Island, where Nelson Mandela served 18 of his 27 years in prison. It was here he walked out of jail a free man. And it was here he made his first speech as South Africa’s president.

The spectre first appears on my flight to Cape Town, during a conversation with my seat mate, a lovely Capetonian gentleman named Michael. While extolling the virtues of his beloved hometown, his thoughts turn to the man he declares a gift from another world. In Michael’s eyes, Nelson Mandela was a super hero who not only negotiated the end of apartheid in South Africa and fought to bring peace to a racially divided country, but who inspired an entire world to see beyond hate. The kind of hero, we both agree, that the world could do with right now.

My new friend insists that amongst all of Cape Town’s many must do experiences, the pilgrimage to Robben Island, now a museum and UNESCO World Heritage Site, is a must, I am happy to inform him that I have already booked my ticket. The reason? Because his hero helped a little in changing my life too. As Nelson Mandela’s words of forgiveness, reconciliation and peace echoed across the world after his release in 1990, they made their way to a then chronically shy, anxious, angry and (for reasons I choose not to go into) somewhat broken 20-year old girl from the ‘burbs of Sydney.

Though I was sheltered from the politics of South Africa and the oppression of apartheid, this humble, eloquent and inspirational figure who advocated democracy and human rights, also demonstrated how to live a life of dignity and hope over despair and hatred. And in doing so inspired me to give myself permission to forgive, move on, and live the life I was entitled to but seemed so out of reach.

“Difficulties break some men but make others” Mandela wrote in a letter from prison to his then wife Winnie, and it was this message that resonated when I heard him speak. If he could remain strong after all that he had suffered, I wasn’t going to let my comparatively small difficulties break me. So I decided to step up and mend my broken parts with a little super glue and a whole lot of self-belief. And though I did a bit of a bodge job, it’s mostly stuck.

Which is the main reason, two and a bit decades later, I find myself on the very same boat journey that Mandela took to Robben Island. The trip is a rocky one, and as I step off the boat to be greeted by a wall emblazoned with the words “Freedom Cannot Be Manacled,” I’m a little nauseous. Of course, I’m not going to complain about my queasy tummy given I’m here voluntarily and the only ties binding me are the straps of my camera, unlike my shackled predecessors. 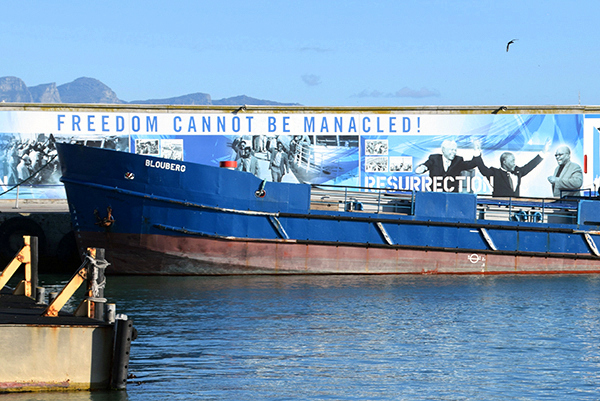 Though Mandela may have been Robben Island’s most famous inmate, thousands of political prisoners were held on this island from the 1960s up until 1991, most without trial. As I join a coach full of visitors to tour the island, I am surprised to learn that three of these former inmates have gone on to become President of South Africa: Nelson Mandela, Kgalema Motlanthe and current President Jacob Zuma … a man, sadly for South Africa, unencumbered with his predecessors saintly reputations.

Our guide takes us to the lime quarry where prisoners were forced to work under the scorching sun for many hours each day, the threat of being shot incentive to toil. 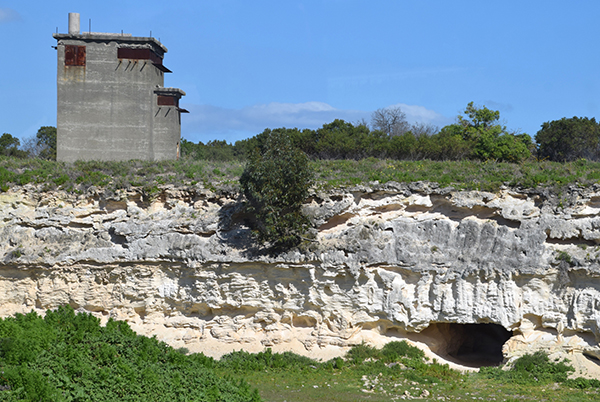 The limestone dust caused lung damage and the white rock was so blindingly bright that many inmates, including Mandela, suffered permanent eye damage. A small cave was the prisoner’s only shade and doubled as a latrine. This became their only unsupervised meeting place, as the guards refused to venture inside on account of the smell. It was here political discussions were held and where, it is said, much of South Africa’s current constitution was drafted.

The coach passes the site of a former leper colony and cemetery before stopping at the Sobukwe Complex – a separate area on the island where Robert Sobukwe, teacher, lecturer, lawyer, political activist and founder of the Pan African Congress was detained. One of South Africa’s greatest heroes, Sobukwe was held here in 24-hour solitary confinement for six years. Strictly prohibited from contact with other prisoners, the apartheid government considered him such a threat they enacted the “Sobukwe Clause”, a statute specifically intended to authorise the arbitrary extension of his imprisonment.

In the same complex we are shown two long kennels, constructed to house aggressive guard dogs. The individual pens, by coincidence or design, are bigger than those of the prisoners they were used to intimidate. 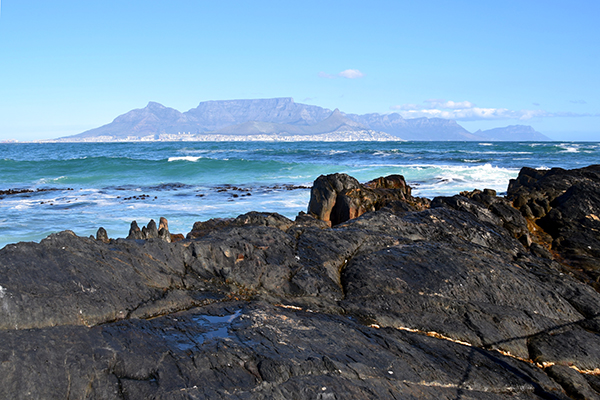 As we circle the ruggedly beautiful island, the only break from the grim reminders of the island’s past are the sighting of some gorgeous turtles crossing the road and the stunning views from the beach back to Cape Town and Table Mountain. 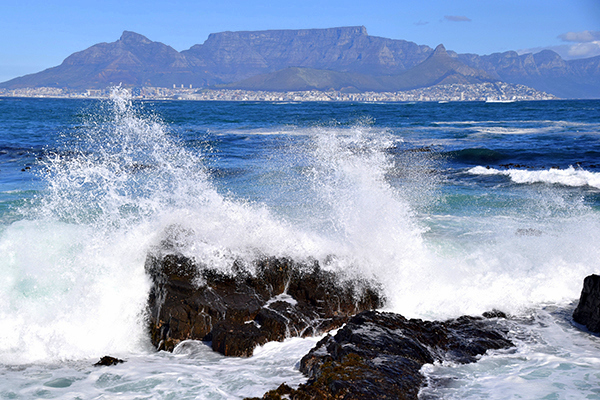 But this lightness is short-lived as our final stop is the tangle of concrete and barbed wire that is Robben Island’s maximum-security prison. 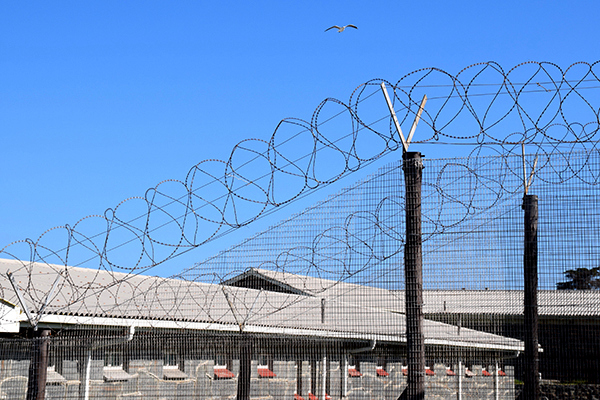 Here we are met by a guide, a gently spoken gentleman who spent many years of his life incarnated here as punishment for his activism.

We start in the communal cellblocks where prisoners ceased to exist as humans and became numbers. Here they slept on mats and were locked from 4pm every day until morning and another day of hard labour arrived. 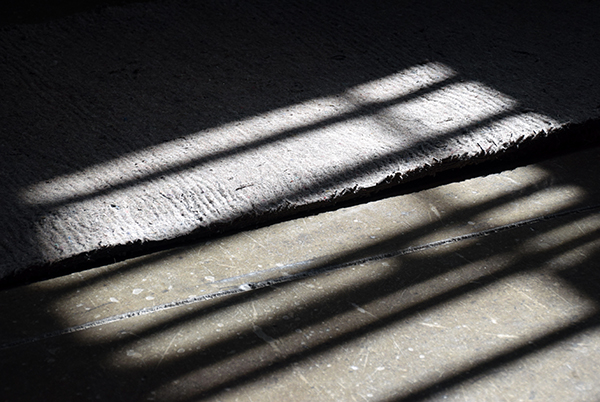 Our host’s eyes are haunted as he shares the story of the prison and explains that, though he dreads returning to the island and reliving the hell of his incarceration every single day, he shares his experience to stop it from ever happening again. 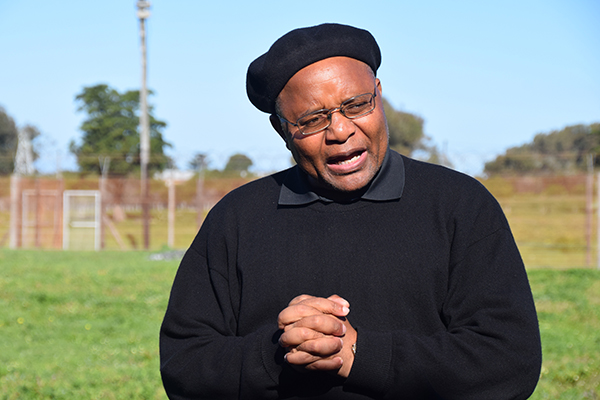 He moves us to Cellblock B, where leaders were isolated in tiny individual cells, and where Nelson Mandela wrote portions of his book, The Long Road to Freedom, which were discovered hidden under the soil in the tiny garden of the concrete prison yard.

Here we queue for our chance to see the two-metre cell – sparsely fitted with a sleeping mat and a blanket, two metal plates and a spoon – where Nelson Mandela spent 18-years of his life. 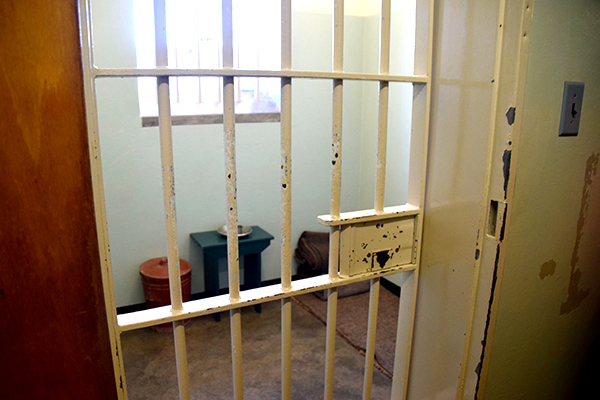 But interestingly there is no spectre here. Indeed, those seeking an encounter with a presidential apparition may leave a little disappointed, because Mandela moved on and left this place firmly in the past long before he left this earth.

Though self-doubt and fear are still occasional visitors in my otherwise fortunate life, when they do strike I still find myself reaching for Mandela’s words, “There is no passion to be found playing small – in settling for a life that is less than the one you are capable of living”.

And it might just be working for me because immediately after disembarking the island, I find myself facing one of my greatest fears on the city’s helipad. And while I would normally say no, I head boldly up into the sky in the tiny flying death-trap without even soiling myself once, despite my unmitigated terror.  Because my visit to Robben Island reminded to never let my fears hold me back from living.

When I share my airborne adventure with Raffles over the phone late that night he proudly tells me, “Mama, you’re the bravest person I know, because you never don’t try something, even when you’re really scared. And you know that you can’t really be brave unless you are afraid in the first place”.

And I tell my wise boy, and one-man cheer squad, that he can thank Nelson Mandela for that.

When to visit
Cape Town is a great destination all year around.
Language
Though there are 11 official languages spoken in South Africa – most commonly  Zulu,    Xhosa, and Afrikaans – English is widely spoken in Cape Town.
Currency
The Rand (R)
Power
Voltage is 230V and 50Hz. Power outlets are round three pin sockets.
Visa & Passport Requirements
A South African tourist visa is not required for citizens of Australia for a stay up to 90 days. Visitors require a passport that is valid for a minimum of six (6) months. South African law requires all children entering or leaving the country carry a certified birth certificate and parental consent affidavits if they are travelling with only one parent.
Health
Cape Town is free from malaria. While there are no essential vaccinations for travellers at the time of publication, we advise visiting your family GP a minimum of six weeks before travel for up to date health recommendations.
Crime
Crime is high, but 95% of serious crime occurs in the communities of the Cape Flats area, where it is not advised to travel. Pick pockets can be an issue and it is advised always keep cash and valuables out of sight. It is not recommended to catch public transport or walk after dark, UBERs are the safest option.

14 Comments on A pilgrimage to Robben Island, Cape Town