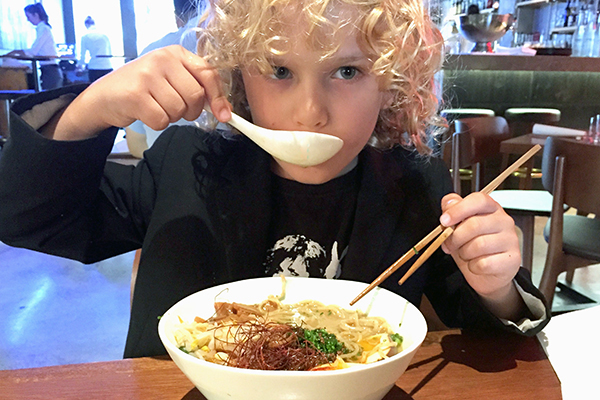 I never met a ramen I didn’t love but Salaryman Surry Hills makes ramen that is next level delish. But that’s probably because it isn’t your average ramen place.

I’m used to little hidden ramen shops but this restaurant is really big and dark and kind of concretey. A bit like a warehouse but with an epic painting of a girl that’s all drippy like graffiti. So, so cool. 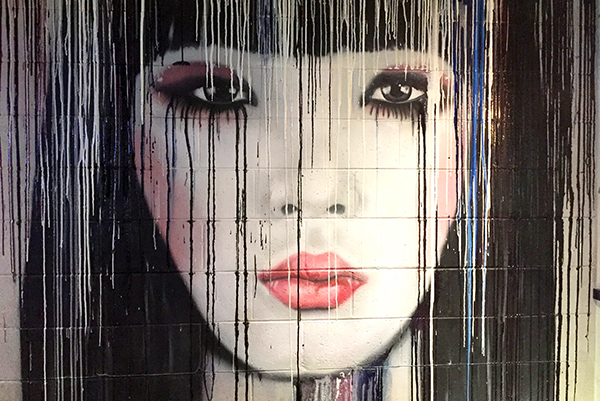 The kitchen is open too, which is cool because I like watching chefs at work so I can learn their techniques. I also like that it means they can’t spit in my food… not that I think they would anyway because the staff here are super nice. They’re really friendly and chatty which is nice because sometime people in restaurants just ignore me because I’m a kid. 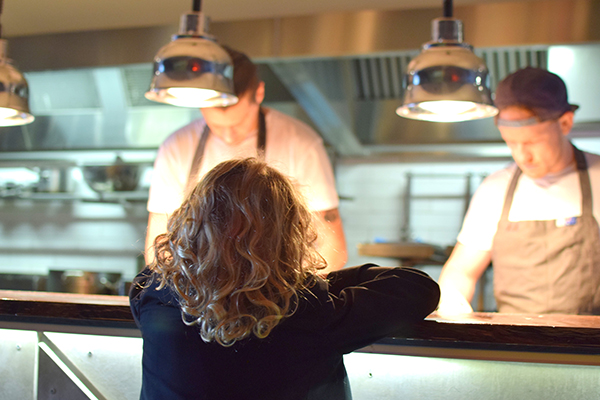 Mum and I were early so we had a mocktail made of ginger ale, peach and mint, which is so refreshing that I begged mum to get me another while we chose our starters. 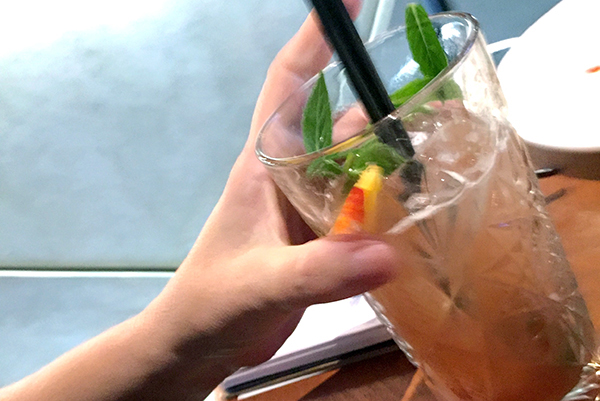 First we had the Prawn Toast Okonomiyaki which was seriously the best thing ever invented. They were filled with prawn mince like regular prawn toast but cooked okonomiyaki style and served up with stacks of okonomiyaki sauce, mayonnaise and dancing bonito flakes. I would go back just for these. Any day. 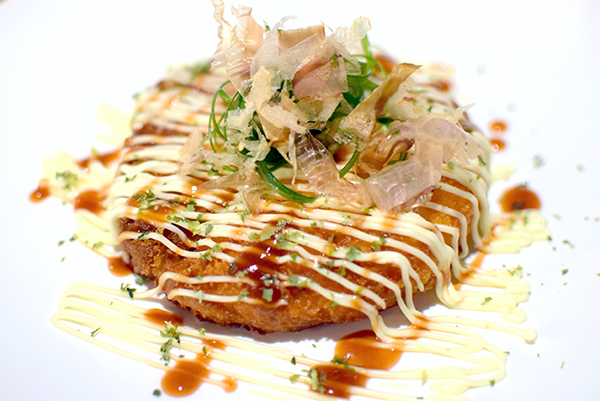 I also ordered a tuna tartare that reminded me a bit of ceviche. It had super spicy mayonnaise and blobs of creamy avocado and crunchy things which added extra texture and flavour. The tuna itself was finely chopped and each cube burst in my mouth. The tuna was rich and oily like the stuff I had at Tsukiji market and the texture was amazing. I really took my time with it so I could savour every single piece one at a time. 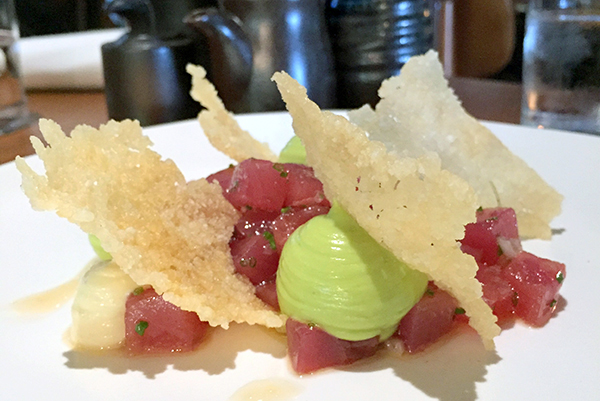 For mains my mum ordered the Shio Ramen (with chicken broth, char siu pork, menma, nori, spring onion & shoyu egg) and it was really, really nice. The pork was more melty than regular char sui pork and the egg was a special kind and all dribbly and delicious. 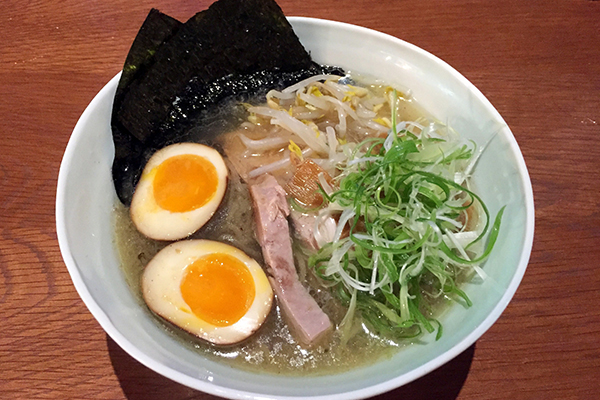 But, my Tantanmen Ramen kicked mum’s ramen’s butt! Really, really hard! The broth was stronger and it had a stack of spicy pork mince and perfect firm noodles. It was so good I wanted to stick goggles on and plant my face in it to slurp it up! 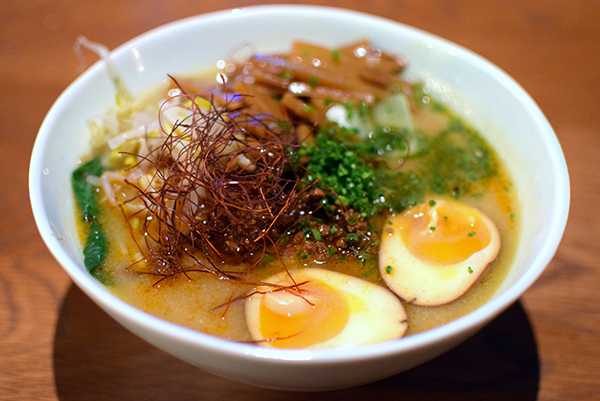 This is my new equal favourite ramen in the world along with the tsukeman ramen I had (at Rokurinsha) in Tokyo.

We didn’t do dessert this time because I ate most of mum’s ramen as well as my own and I was a bit full. Plus I needed an excuse to come back again.