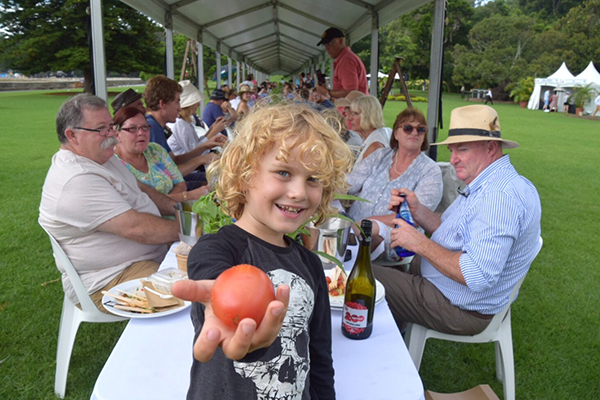 I didn’t even know about the Annual Tomato Festival Sydney but I’d heard about La Tomatina in Spain where everyone chucks tomatoes at each other. So when mum told me we were headed to a tomato festival in the Royal Botanic Gardens I was ready to put my swimming goggles and a helmet on so I get smashed with tomatoes. But then she told me this wasn’t the kind of festival where you smoosh each other with tomatoes; it’s one where you eat them. EVEN BETTER!

Tomatoes rock. They make pizzas awesome, are best friends with spaghetti, love seafood, and should totally marry big fat chunks of fresh mozzarella. I’ve even seen my mum drink them. But she’s weird. 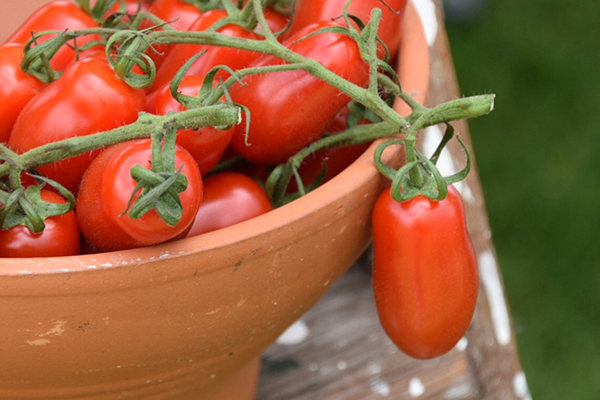 Anyway, a festival dedicated to one of my favourite ingredients is my idea of awesome. Especially when they have cooking demonstrations, stalls, tours, tomato art, kids stuff, and plenty to eat. 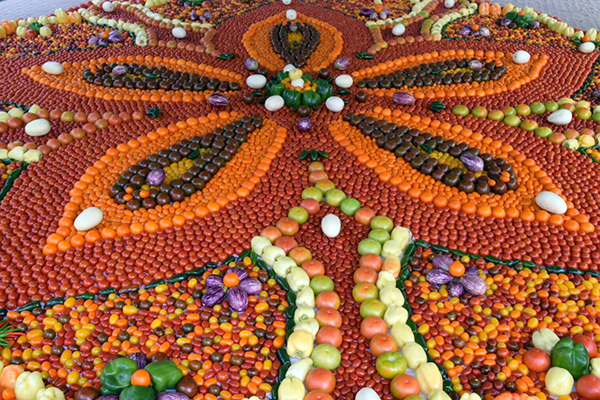 When we arrived for the D’VineRipe Longest Tomato Lunch I was amazed because they had set up the craziest table I’ve ever seen. It was one long table for 250 people and went forever and ever. I’m glad I only had to sit at it and not set it like I do at home… seriously, can you imagine having to put out the plates and stuff on that thing?

I was kind of expecting my lunch to be loads of sandwiches and salads and stuff so was pretty excited when we were given an epic hamper packed with loads of tomato yumminess. 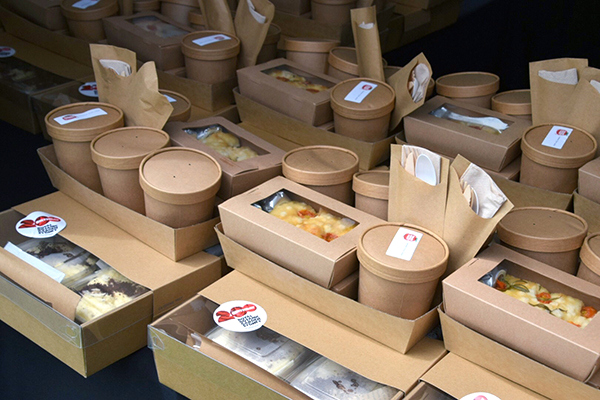 There was gazpacho, which is a cold tomato soup. This one wasn’t my favourite so I gave mine to weird, tomato-drinking mum. She said it was refreshing on a hot day. But I made up for it by stealing all the bocconcini’s from her salad while she was talking to someone. 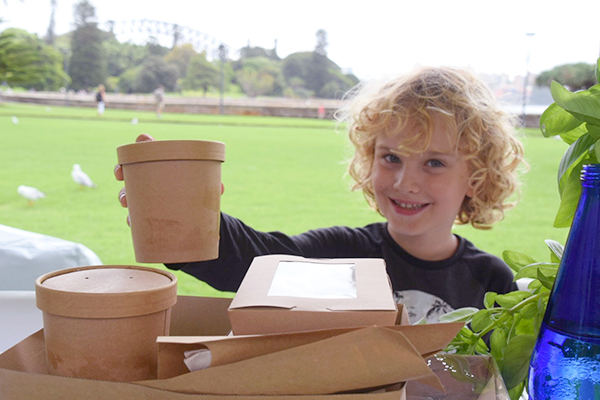 The salad came with a basily dressing which was really nice with all the juicy tomatoes and cheese. And it tasted even better piled up on the tomato focaccia bread.

The next course was A-MAZ-ING! It was this special salmon (65 degree salmon fillet) and it had spicy chickpeas and tomatoes with some kind of Moroccan spicy stuff and yoghurt on top. OMG. It was so, so, so good. 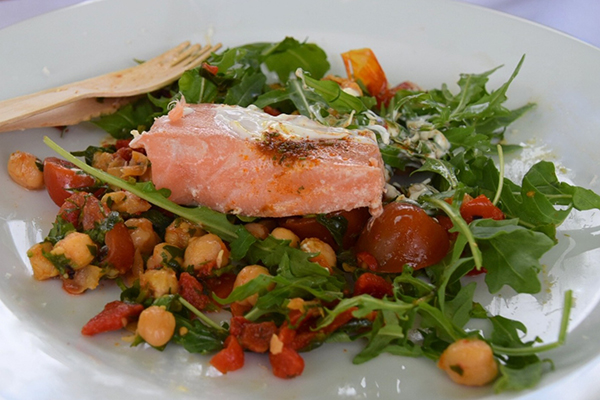 There was also crackers with a bitey cheddar and some tomato relish, a big juicy tub of fruit salad and dessert – a creamy, spongy, caramely pot of deliciousness (caramel tiramisu). I loved it.  Mum probably would have too but my little sister, who’d been off with dad playing in the gardens, snuck up and stole hers. Mum doesn’t really get to eat much with us around. 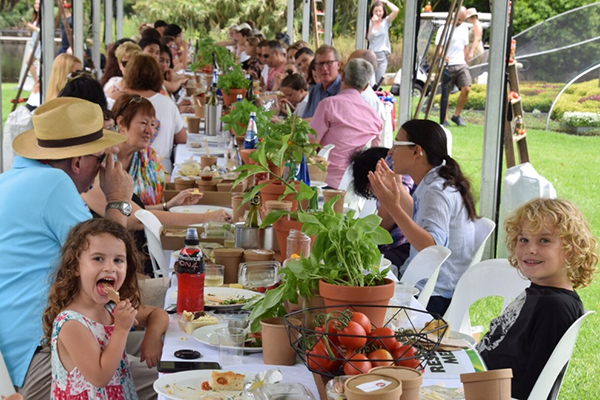 Actually I loved all of it and eating it at an enormous table under a big tent with 250 people by the harbour was really, really special. I felt like I was at lunch for a medieval tomato king.

Still, I wouldn’t have minded chucking a tomato or two at mum. But that can wait until we get home… (just try it).