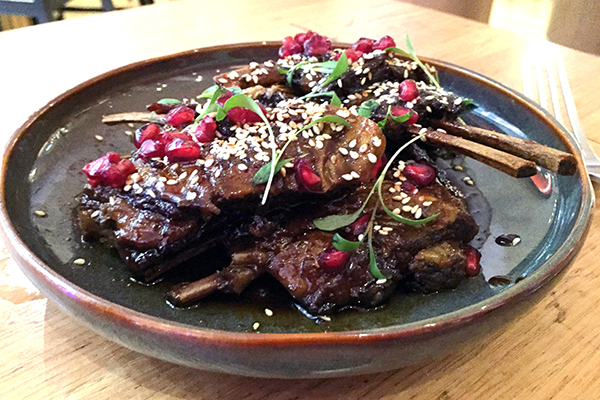 I love just about everything about staying in a hotel but sometimes the food can be a bit boring. But not at The Ternary, the epic restaurant at the Novotel Sydney on Darling Harbour.

The Ternary is like two restaurants in one, which means twice as many things for me to eat. It’s really big and really cool and had with all these great shapes and wavy bits everywhere, which made it look funky. The lighting was really epic too and our table had a great view of the Darling Harbour Ferris Wheel. 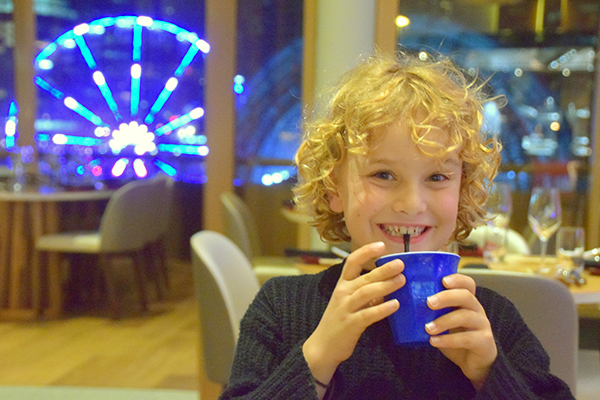 One of my favourite things was that there were two open kitchens so I could watch and chat to the chefs while they cooked our food. They were really cool about it and made me feel like a VIP – a very important piglet. 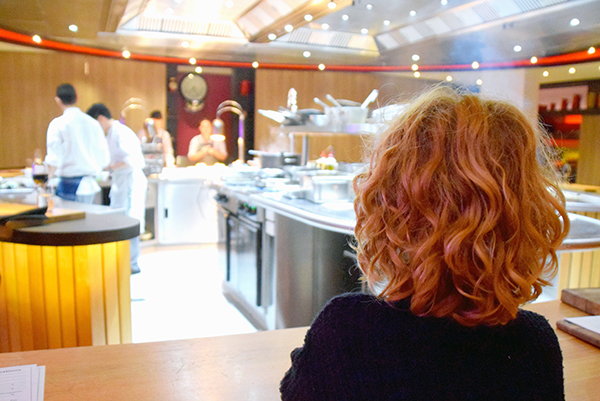 My sister chose from the kids’ menu and spent as much time colouring and doing the puzzles that came with it as she did eating the yummy fish and chips. I couldn’t choose between The Grill and The Asian Kitchen menus. In the end I didn’t have to because The Ternary offers loads of share plates so you can taste little bits of all the awesomeness.

Mum ordered Betel Leaves topped with flaked salmon and popping salmon pearls. They were an explosion of awesome salmony flavour but had nothing to do with beetles at all. 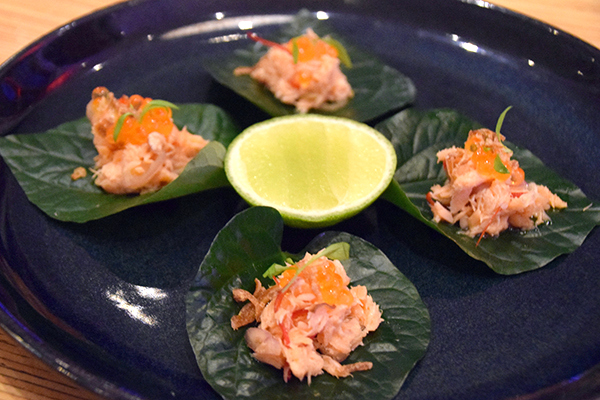 She also ordered some Peking duck in steamed buns, which were really light and fluffy. I know this because I  stuffed an entire one in my mouth when mum was talking to the waitress. This may have been a mistake because even my big mouth couldn’t fit a whole one of these bad boys.

Dad and I went for some of the Indian offerings. We started with garlic cheese naan, which I watched being cooked in a huge tandoor right in the middle of the open kitchen. 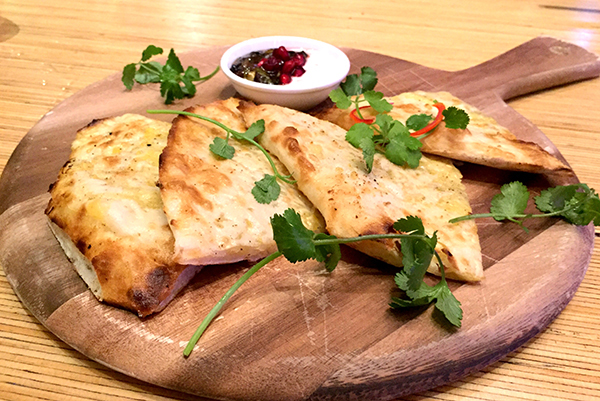 It came with a yummy yoghurty dip, mango chutney and pomegranates, which are one of my favourite things ever. To go with the naan we had a spicy mixed seafood curry and a gingery tadka daal, which was so good I licked the plate clean. 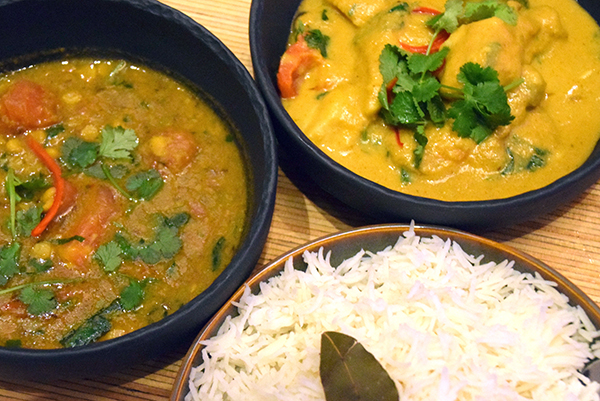 We also shared spiced slow cooked lamb ribs covered in pomegranate molasses which fell straight of the bone and was covered with little bits of pomegranate that gave a nice zing and brought out the sweetness of the meat. 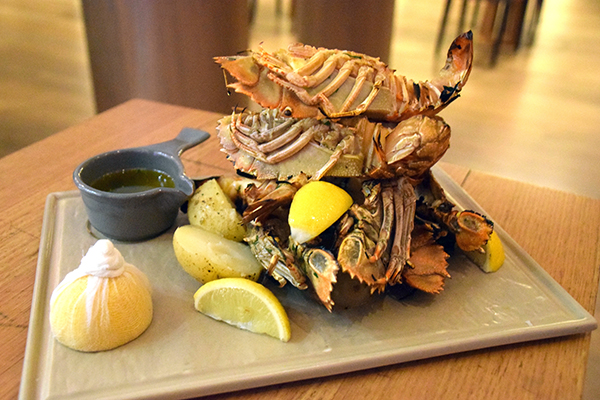 I still wasn’t done and wanted to try something from the grill. We ordered Balmain Bugs and they were an epic tower of smoky grilled amazingness dripping with butter and the best I’ve ever eaten. They were so, so good I could happily eat these every single day for the rest of my life.

The chefs must have liked us because they sent my sister and I a surprise dessert of Eton Mess. It came in a massive jar with wads of fruits, cream, meringue and popping candy. 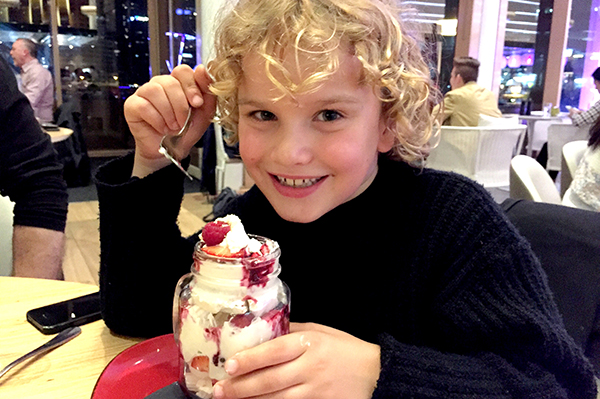 It was so good I needed martial arts training to defend it against predators like my mum and dad who were trying to steal a taste.

In the end they backed off, but only because they had their own desserts to eat. 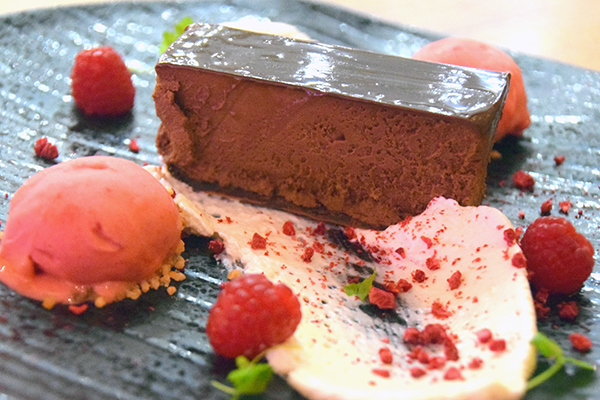 Mum had a mango crème brûlée with passionfruit sorbet and dad had a dark chocolate tart with raspberry sorbet, which was so INCREDIBLE that I had to use my martial arts skills again, only this time I was doing the stealing.

Disclosure: Raffles was a guest of The Ternary