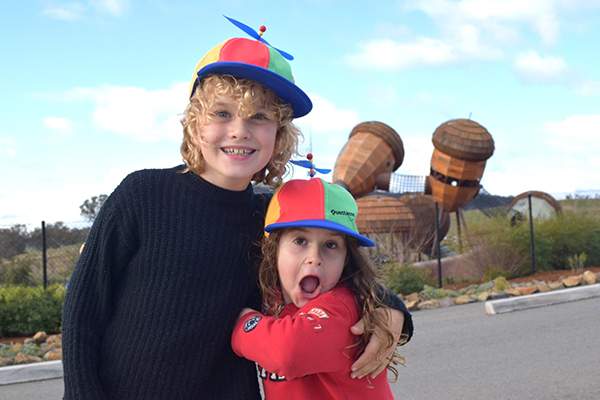 With dozens of fun hands-on museums and galleries, mind-bending centres of space and science, parks and playgrounds and so much more, there’s so much to do in Canberra that Raffles and Sugarpuff beg to return to the Capital over and over again. And what better excuse for a little Canberra cool than a little pre-family ski time at the Novotel Canberra.

Eating out in Canberra 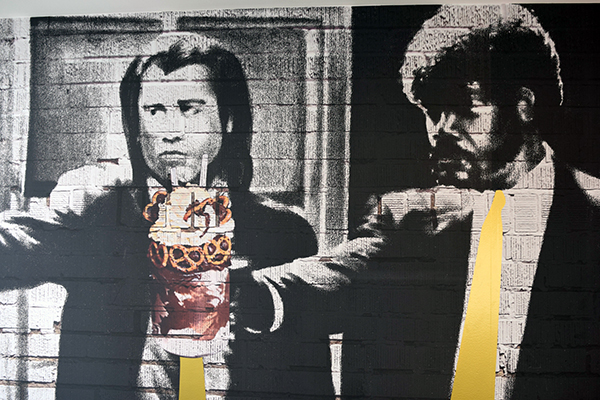 We’ve just a few days to enjoy Canberra’s wealth of attractions, which poses a problem as we could lose that navigating Canberra’s unfathomable labyrinth of roundabouts. We need a plan. Given it’s us, that plan obviously involves our bellies, and while Canberra’s food scene offers everything from the excellent dumplings to top end Thai, we head instead to instafamous Pâtissez to get our freakshake on.

While Mr Eats World and I are happy to stick to burgers, the kids eyeball the incredible cakes and dive into a couple of their infamous shakes, wading through marshmallows, caramel and pretzels as they wallow in the jars of milky deliciousness. 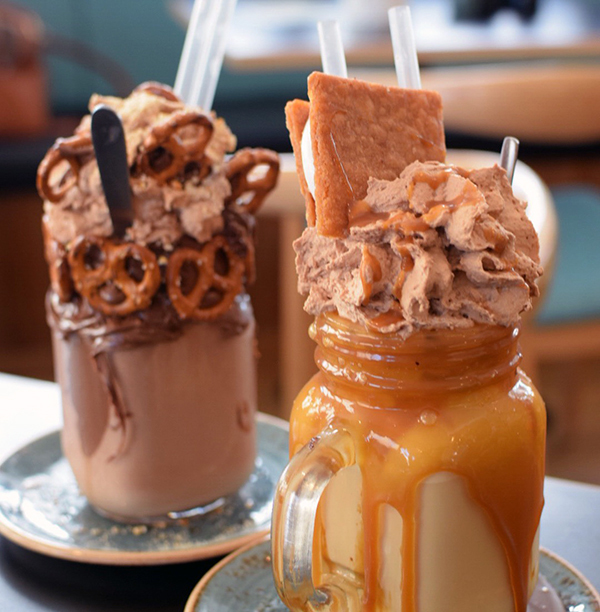 With somewhere in the vicinity of 10,209,254 calories to burn off – and two children on a sugar-fuelled trajectory to crazy town – we decide explore some of the many incredible things to do in Canberra with Kids.

On this occasion we plan on skipping the museums, fabulous as they are, to get active in the great outdoors.

Out and about in Canberra with kids 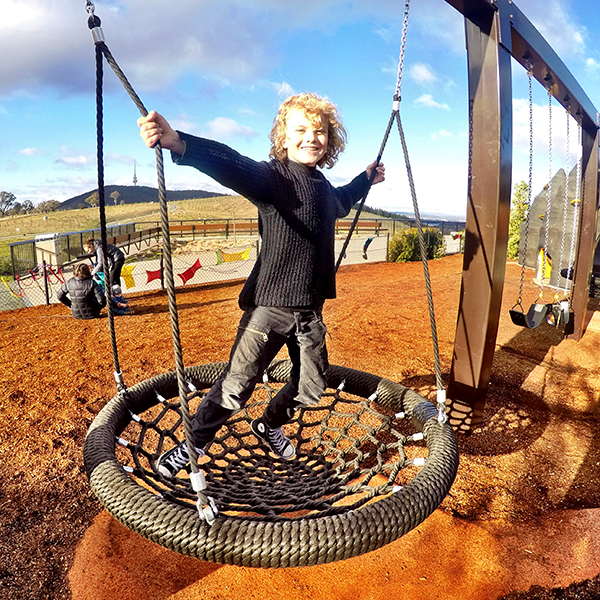 The city’s many nature reserves and recreational areas make outdoor fun a walk in the park, quite literally. Though we’re spoiled for playground choice, the title for the capital’s coolest playground goes to The POD at the National Arboretum. 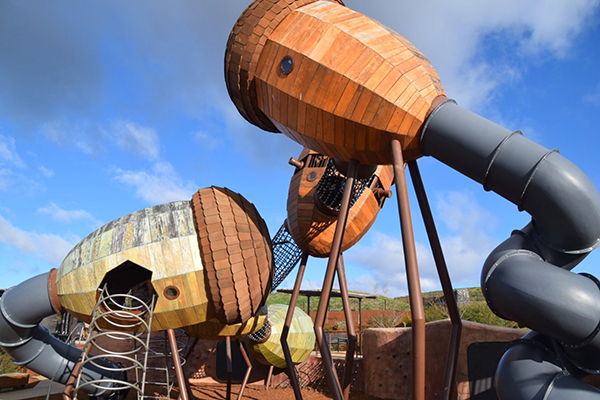 The kids go nuts, if you’ll pardon the pun, amongst the playground’s giant banksia pods and series of stilted acorn cubbies connected by tubes and rope tunnels. 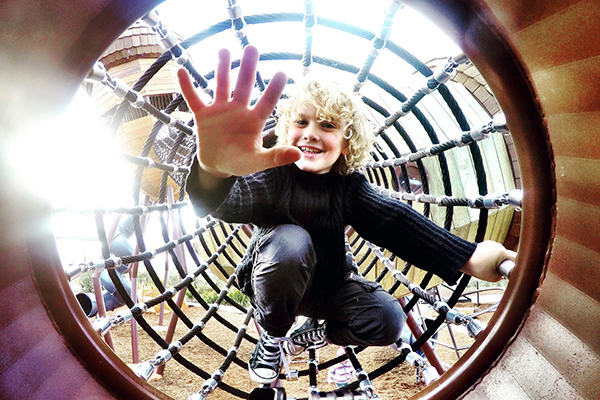 While the kids play, I stake in the incredible views across the newly planted forests of threatened, rare, and symbolic trees from The Arboretum’s innovative Village Centre. 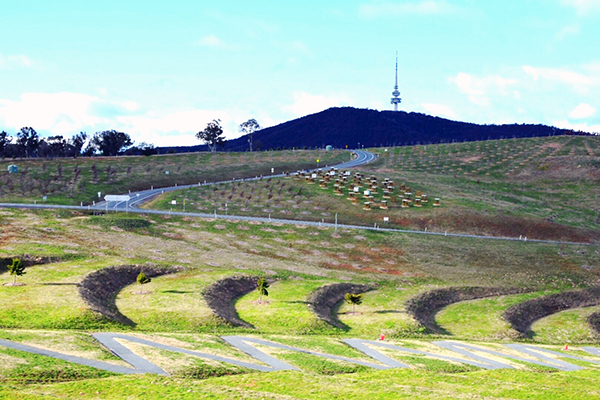 We drive back into the city and decide to make a lap around Bullshit Castle Parliament House. But the kids are bickering with such skill that it feels like parliament is sitting … in the back seat of our car. Hence we skip further parliamentary explorations in case Raffles and Sugarpuff are mistaken for members of cabinet. 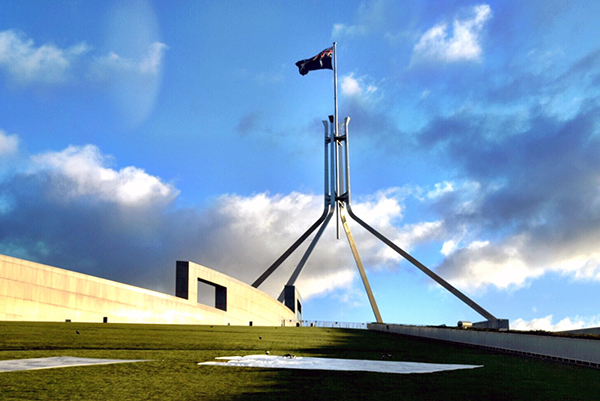 With a few hours of light left, Raffles pipes up with a special request. He’d like to visit the Aboriginal Tent Embassy. It was here more than three years ago that a kindly Indigenous gentleman spent a life-changing hour waxing philosophic with a then five-year old Raffles about equality and respect. That hour made such a life-changing impact on my little boy that he insists on returning to pay his respects to the embassy and the Ngunnawal people, the traditional owners of the area, whenever we visit Canberra. And I am happy to facilitate this. Every. Single. Time.

As the sun sets, we take a stroll through the lakeside sculpture gardens at The National Gallery of Australia, one of my favourite spots in the capital. 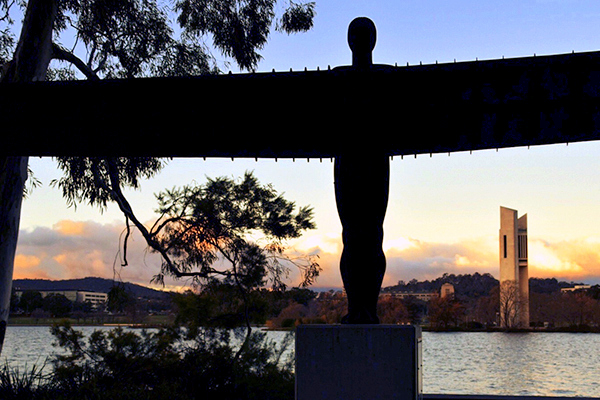 I soak up the sight of The Angel of the North standing strong and proud on the waterfront of Lake Burley Griffin. But my wee space cadets are more interested in revisiting Cones, a shiny stainless steel installation they are convinced is the mother ship. 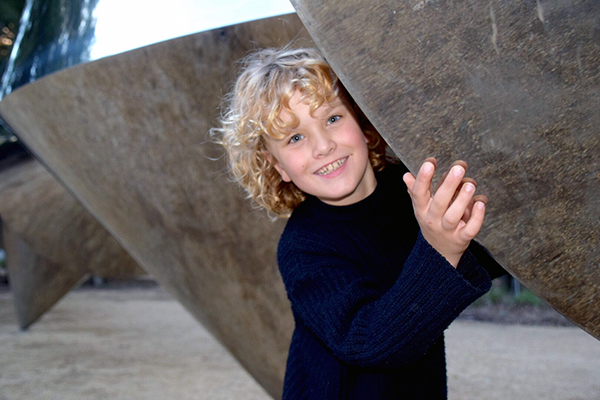 But before they can crack open another X-File it’s time to beam ourselves back to our hotel.

We’ve just a few days to enjoy Canberra’s wealth of attractions, which poses a problem as we could lose that navigating Canberra’s unfathomable labyrinth of roundabouts. We need a plan. Given it’s us, that plan obviously involves our bellies, so we head to instafamous Pâtissez to get our freak shake on.

The Novotel Canberra with kids

While there’s a distinct lack of extra-terrestrials at the wonderful Novotel Canberra, the kids are completely smitten with the hotel, it’s incredibly friendly staff and all the hidy holes filled with fun for kids.

Mr Eats World and I? With an expensive ski trip in the post, we’re smitten with the hotel’s ‘two children under the age of 16 stay and breakfast for free” policy. Their family package bonus of a family 3infun pass that includes entry to Questacon, Cockington Green Gardens and the Australian Institute of Sport does nothing to quell our affection.

A winter break at the Novotel Canberra with kids means little surprises await in our spacious and comfortable room, which turns the kids’ crush into total hotel devotion. 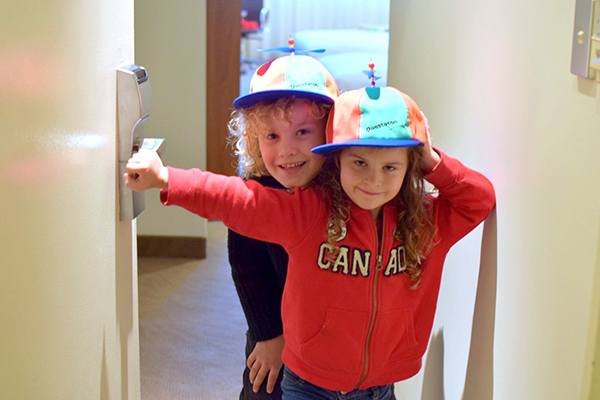 From the crazy colourful caps on their pillows and a cute cuddly toy for Sugarpuff, to the marshmallow snowman making kit in our room, Novotel Canberra takes family friendly to the next level. There’s even a rather glam snowman decorating kit, complete with carrot nose and button eyes, for our onward journey to the snow … though any future snowmen may have to fight Sugarpuff for the more extravagant accessories. 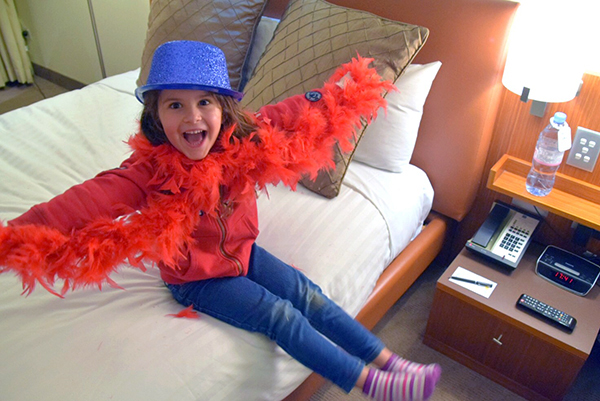 The kids are feeling so at home they elect to stay put and enjoy the hotel for the rest of our brief stay, despite its extremely central location at the end of Northbourne Avenue, a short walk or drive from just about everything.

There’s an incredible heated pool and spa, and though it is indoors, the sub zero temps put the kids off diving in for a splash and instead content themselves in a battle to out marshmallow snowman each other. 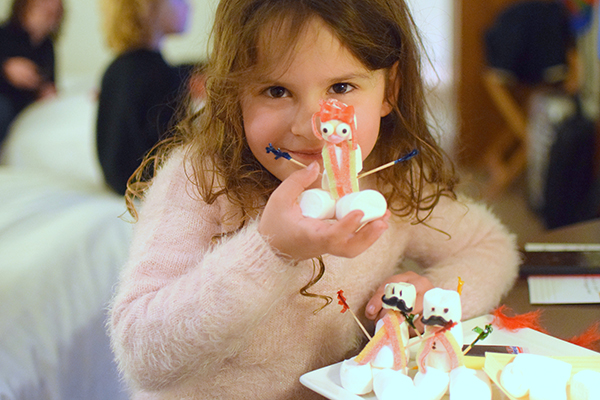 We dine in at Arbre, where the kids are further spoilt with treats and surprises. 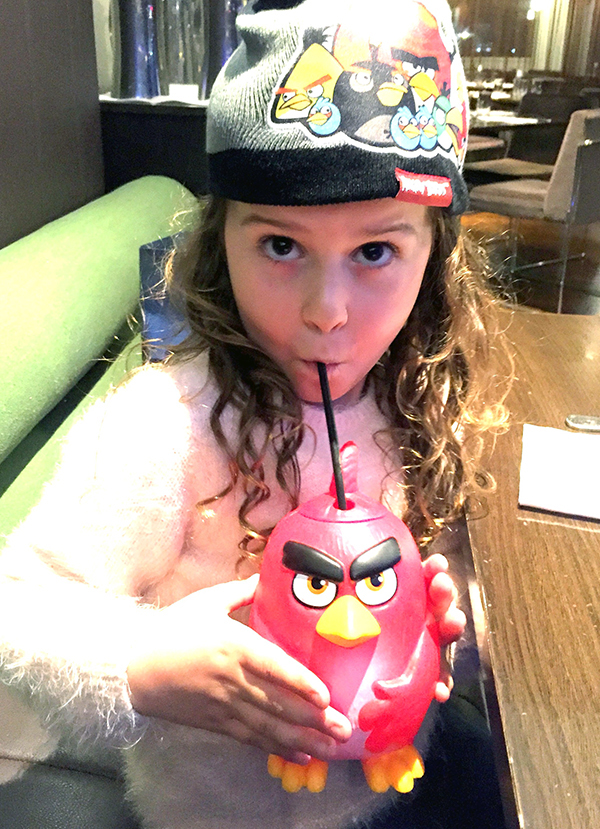 Sugarpuff is in raptures over the tasty and pleasantly wholesome kids menu and the rest of us indulge in a meal that Raffles declared Mastercheffy in its magnificence. 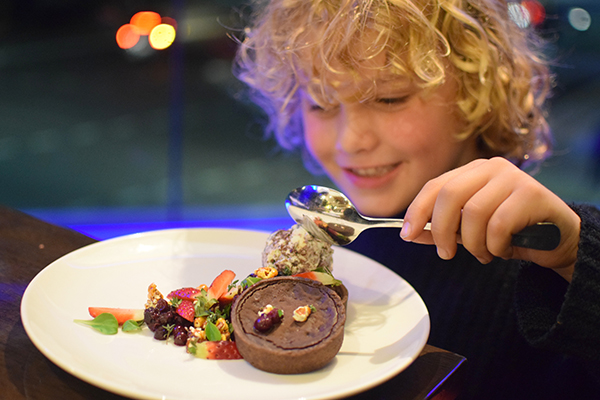 We’re having such a great time we regret making this such a brief stay.  More so the next morning when we have to speed eat our way through the delicious brekky buffet so we can make a very important date with the snow mobile that’s waiting for us at Perisher Resort.

Next year, I propose we factor in more time for capital capers on our way to the snow. A motion that is seconded by Mr Eats World and unanimously passed by our backseat cabinet as we drive off on, snow bound.