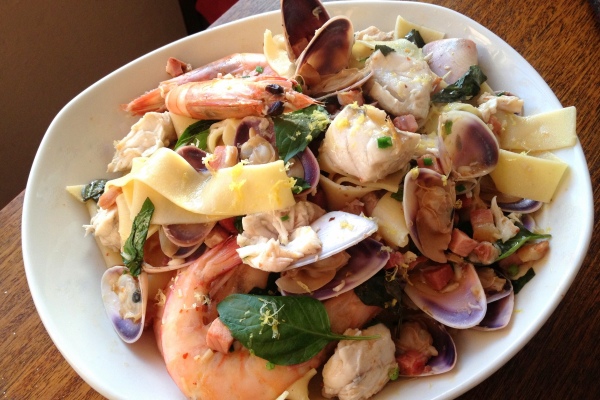 I’ve never been one to get excited by celebrities. I mean, they’re just people with strange jobs that put them in the public eye, right? In fact I’ve probably offended more than my fair share of stars with my ambivalence/lack of anything resembling a clue.

For example, many years ago when I was young, frivolous and not a little tipsy in a bar in Dublin, I called an internationally acclaimed older actor who offered to buy me a drink “a dirty old @%$#”. In my defense, I hadn’t realised that I was actually talking to one of my favourite actors at the time. Luckily, he quite charmingly admitted that I was right and he was indeed “a dirty old @%$#” and bought me a drink anyway. We became fast friends and he ended up spending the evening getting pissed, but not lucky, with me.

On another occasion I told one of my favourite rock stars to get over himself, when he kept trying to get special treatment at a company I worked for. Again, it was only as he drove off that it dawned on me who he was. Bugger.

And the time I kindly told a roadie that he wasn’t allowed into a VIP area, only to later discover that the “Roadie” was actually the guitarist of a world-famous rock band. Who I liked. My bad.

Oh, and then there was the time at a Sydney Opera House performance for kiddies that, elephantine with child, I had to chase my errant first-born across the toddler strewn carpet. Unfortunately I also nearly took the head off the offspring of an Oscar winning movie star with an ill-placed size 9. Whoops.

I guess I’m just not “in the zone” when it comes to celebrities. I don’t look for them and don’t notice them, or their spawn obviously, even when they’re right in front of me. And even when I do, I just don’t really care. They’re just people, after all. And often spectacularly uninteresting in “real life”.

But, when it comes to great chefs, I confess to getting a little weak at the knees. Add handsome, smart and kind to the equation and I’ve even been known to swoon… as I did recently when I met Ming Tsai, American restaurateur, television personality, and celebrity chef. 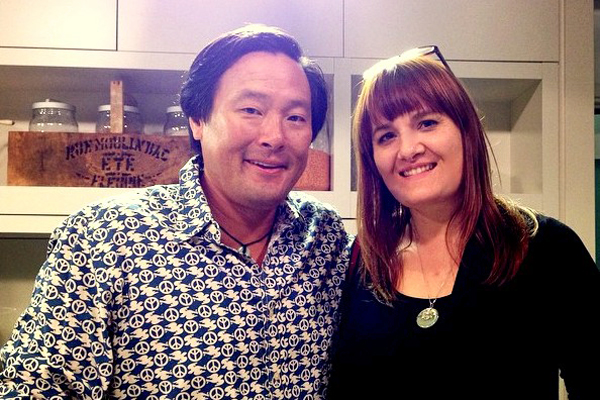 Ming not only runs award-winning restaurants, is the host and executive producer of Emmy nominated public television cooking show, Simply Ming, he has a degree in Mechanical engineering from Yale and works tirelessly for charity. He’s also charming, engaging, and witty. And he loves to make people happy with food. Did I mention the swooning bit?

While I won’t go into the details of the interview I did, you can read that here if you so desire, I will say that I got to try a little of his famous east meets west cuisine, in a spectacular dish that he pulled together in about six minutes using fresh seafood, fresh pasta and smoky charcuterie meats that he’d picked up that morning at gourmet Italian provedore, Salts Meats Cheese.

So inspired was I with his east west fusion of flavours that I immediately ran home and, sans recipe, tried to recreate something similar. While my finished dish lacked the polished perfection (and half the ingredients) of Ming’s, it was a huge hit with the fam bam and has since gone on high rotation at Casa Eats World.

Method:
In a large pot of salted water, add pappardelle and cook to packet directions.
In a large frypan or wok, fry pancetta for one minute at medium heat.
Add garlic, ginger and pippis and stir.
Add wine and cover for two minutes.
Place prawns in with pippis and cook, covered, for a two minutes.
Add fish and cook, covered, for a further two minutes.
Drain pasta and add to seafood.
Remove from heat and add mint, thai basil and mix carefully.
Place in a large bowl with the liquid from the pan.
To serve, drizzle with chilli oil and the zest of one lemon.

8 Comments on The Ming & I // Pancetta and Seafood pappardelle