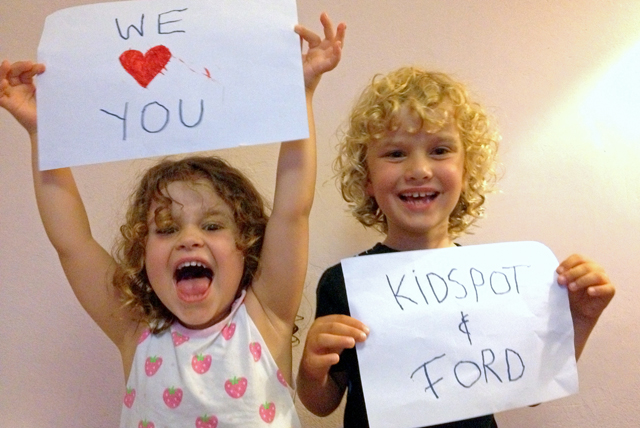 Normally I keep my posts strictly on the subjects of family, food and travel and though the following tale does involve a little bit of all of those things, this time I’m going to get a little more personal.

The last few days have been quite surreal. Since the gorgeous Scott from Ford Australia announced BoyEatsWorld as the Voices of 2014 Paint The Town Ford Sponsor’s Choice winner at a gala event in Melbourne on Saturday night, I have been pinching myself.  It all seems so unreal in a year that, up until now, can best be described as a bit of a bitch. But what was shaping up to be one of my worst years has, in its penultimate weeks, become one of the best. With a bullet!

To be honoured like this for something that began purely as a place for me to write as me is incredible. I never really considered that anyone outside of my family and friends would read BoyEatsWorld and that was OK, it was never about world domination.

To be very honest, had it not been for the encouragement of a couple of amazing people (you know who you are), KidSpot’s selection panel, and whoever nominated the blog for Voices of 2014 in the first place, BoyEatsWorld would have ceased to exist a while back.

Now, I know a lot of bloggers go through stages of wanting to throw in the towel when it all seems too hard, especially in the beginning when they’re struggling to monetise and find sponsors. But that was never really my M.O. This was just a place for me to use my own voice as a writer and to share my stories on using my go-to tools of food and travel to raise empathetic kids in a world where there’s just too much unkindness.

My decision to end the blog was part of a larger existential crisis. You see, after a series of events earlier this year that drained me (and by association, my family) financially, physically and emotionally, I made the decision to give up writing all together, a tough call for a person who makes her living doing just that. I won’t going to go into the details because this blog has never been the place for that stuff, but suffice to say that the aforementioned events left my self-esteem shattered, my trust in people obliterated, plagued with doubt about my ability as a writer, and suffering from depression and a social anxiety that I’ve become a pro at hiding behind a plastered on smile.

But the timely validation from Kidspot and the support of my generous friends and colleagues convinced me to keep at it. Good job, huh?

Though life has certainly been sweeter of late, there are still the odd days when making small talk with a stranger makes me anxious. So you might say that flying solo interstate to meet a bunch of my blogging idols at the Kidspot Voices of 2014 Gala then finding myself standing on a stage in front of them all making an acceptance speech was a little out of my current comfort zone. And by “a touch” I mean way, way. And by “acceptance speech”, I mean crying like a git.

I didn’t really believe I could win against such a talented field of bloggers, but I promised my husband I wouldn’t do a Gwyneth if I did. I let the team down there. There wasn’t any pink taffeta involved but just like Gwyneth during her infamous Oscars speech, I blubbed so much my contacts lenses fell out and I dribbled on about God knows what between sobs. So overcome was I that I’m not sure if I even thanked everyone. Oh, and like Gwyneth my boobs were falling out… but that was less due to an ill fitting dress and more to with the fact that I’m a bit of a slapper. 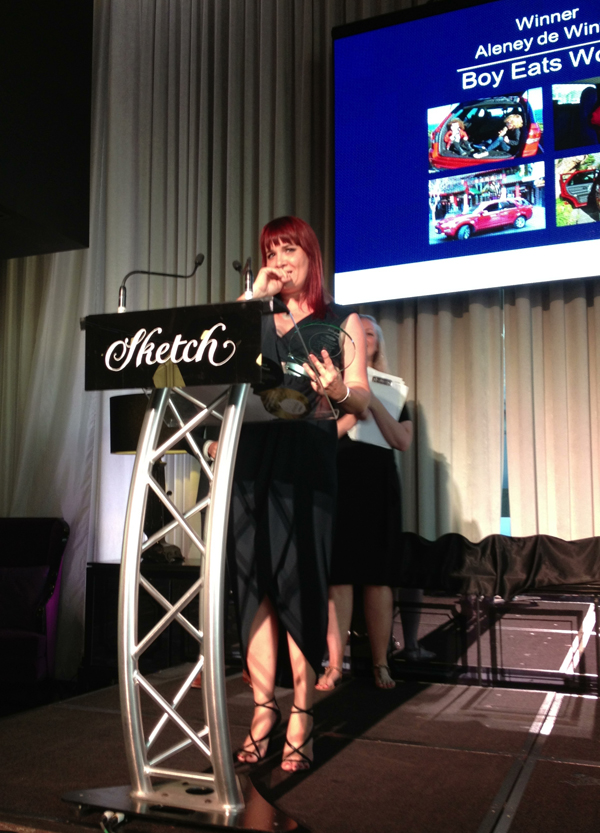 So if I can have my turn again I want to thank everyone who reads these words of mine (and Raffles) and has supported BoyEatsWorld over the past two years; The team at KidSpot for the Voices of 2014 Top 100 nod which was the validation I needed to continue “using my words”; the wonderful, wonderful people at Ford Australia for letting us borrow Terry Lu-Lu (the gorgeous Ford Territory Titanium we drove during the challenge) and for honouring us with this incredible prize (which will see Terry-Lulu becoming a long term member of the fam amongst other amazing things); all the other incredible sponsors of the event including Olympus, Garnier and Healtheries; and Spanx… without whom I would have been unable to squeeze into my dress on Saturday night.

This has quite literally been a game changing event for this family. It has given me the confidence to keep doing what I love. It has taken pressure off the wonderful Mr Eats World who has been supporting us through the tough times. And for my beautiful kids it’s going to make what was going to be a very miserly Christmas a sparkling one!

Ironically it was only on Friday that Sugarpuff asked Santa if she could have Terry-Lulu back for Christmas. Who knew that Santa works for Ford! I do have to add that she also asked for a Nerf Gun so is probably planning to use the car for a toy store drive-by.

And finally, big props to Clare from Checks & Spots, the much deserving Voice of 2014, all the category and challenge winners, and every one of the warm, wise and witty wordsmiths who were part of Voices of Australia and the Paint the Town Ford challenge and who gave me such kind encouragement on Saturday. Special mentions have to go to the divine Carly Findlay, Cassandra Jones, Danielle Colley and Emma Stoianis just for being themselves and such good company on the night. 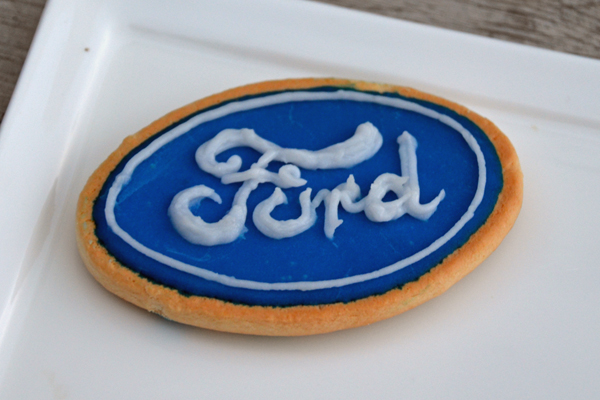