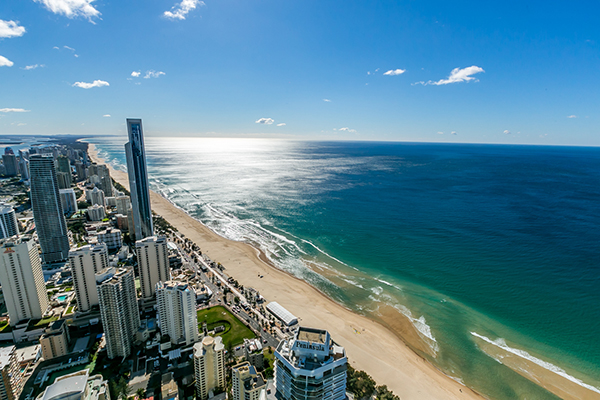 I must preface this missive by admitting that I am a “throwback”. This being Mr Cohen’s charming turn of phrase for describing people from Australia in a piece of xenophobic “writing” published in your magazine. Writing that is so God awful, it’s like he bought the words in a flat-pack from Ikea and didn’t have the right Allen key to put them together.

The story, “The Summer of Margot Robbie,” opens with a stand first declaring that Robbie was “Launched by the dazzling depravity of The Wolf of Wall Street”.

Sadly the only dazzling depravity in this piece of detritus is the blatant misogyny and sexism directed at a talented young actor, who deserves more than Mr Cohen’s masturbatory comments on her looks.

But I am not writing this to take you to task over publishing a story referring to Ms Robbie in terms so revolting that I felt violated as a woman just reading them. Nor am I writing to you to take you to task on the fact that this is so badly written that most ten-year olds in our “throwback” country could probably have done a better job.

No, I am writing this letter to Vanity Fair to offer my assistance.

Clearly Vanity Fair is struggling. I am making this assumption due to the fact that it seems you can no longer afford to pay decent writers, or subs, or editors with any clue of what is and isn’t appropriate for publication and who are happily prepared to insult an entire country by signing off on flotsam like this.

As a writer, who uses words and logical sentences to convey a story, and just happens to live in “sunny and slow” Australia, I thought I’d offer my services to assist you with a little fact checking. This is something that I usually charge $60 per hour for but on this occasion I’m happy to offer my services to you for free, in your time of need, as I’m feeling charitable.

And by charitable I mean pissed off.

Tourism represents about 3.0% of Australia’s GDP and we’re not all that keen on people misrepresenting and scaring people away from visiting by publishing ill-informed and racist diatribes. So I’ve taken the liberty of doing a little editing for you, here. No, don’t thank me, happy to do it. Just as I am happy to cease purchasing your magazine.

Let’s take it from the top.

“Australia is America 50 years ago, sunny and slow, a throwback, which is why you go there for throwback people.”

Wait, what? The Beatles are touring? Grrooovvy baby!

You may be surprised to hear that in in 2014 Australia was ranked by Investepedia second only to Norway on the list of the world’s most developed countries. This was due to our widespread industrialisation, high literacy rates, and access to quality health care. So advanced are we that we even use the Metric System, as opposed to the antiquated Imperial system that you still cling to. Nor do we use an out-dated political blueprint written at a time when white people were allowed to own black people, the average life span was about 35, there was no internet, no satellites, no flushing toilets and no semi-automatic weapons, just to justify our right to own a cupboard full of machine guns to kill each other with. In fact semi-automatic weapons are illegal here. And by amazing coincidence we have one of the lowest per capita incidences of gun death in the world. Who’d have thunk?

As far as I am aware the people of Perth live and die by the reams of cash they’ve made from a 10-year mining boom in their state. Rather than obsessing over soap operas they’re obsessing over which of the stunning beaches or world-class restaurants they should patronise in their evolving city.

Evolving, if you are unfamiliar with this word, is something that Mr Cohen is yet to do.

Melbourne is our second largest city, and our unofficial cultural capital. In Australia, soap operas are not really considered “cultural” and the more than four million residents of the city are more likely to be found queuing for Broadway productions, cutting-edge theatre or just enjoying the world-class bars, cafes, arts festivals and exhibitions. Just saying.

“…still dwell in a single mass market in Adelaide and Sydney”

In my experience “mass market” is usually used in reference to a large, undifferentiated market of consumers. Sydney and Adelaide, our first and fifth most populated cities respectively, are two of the most dynamic, multi-cultural and diverse cities in the world. Here’s a little writing tip, use a dictionary if you ever get confused on the meaning of big boy words.

“When everyone here is awake, everyone there is asleep, which makes it a perfect perch from which to study our customs, habits, accents.”

This is partially correct. As different parts of our planet enter and exit daylight at different times, we are indeed asleep when parts of America are awake. But we don’t actually use that time to study American customs and habits. It’s not because we’re lazy, it’s because we are busy working or going to school to get an education, which is something that was clearly unavailable to your Mr Cohen. Oh, and because quite frankly, we couldn’t give a shit.

“In the morning, they watch Australia’s Today show.”

The average daily ratings for the Today Show in Australia is somewhere in the vicinity of 300,000. This equates to less that 1.25% of our national population of  24,168, 303. These statistics are readily available on the Internet for future reference. The Internet is that thing on the computer people use to check out pictures of cats.

It’s also handy for research if you haven’t tried that before.

“In other words, it’s just like America, only different”

Yes, we are quite similar in that we both have populations made up of human beings. And yes we are also quite different in that we offer free health care to the entire population, a minimum wage that can actually be lived on and strict and internationally admired gun laws. Which is probably why we don’t kill each other with them on a daily basis. But then, guns don’t kill people; people kill people, right? People with guns, that is.

“Robbie grew up in Gold Coast, a city on Australia’s Pacific shore, 500 miles north of Sydney. In an old movie, you might have seen a crossroad sign demonstrating just how isolated it was, just how far from the known capitals.”

The Gold Coast is Australia’s sixth most populated city. It is also one of the country’s biggest tourist areas and home to a multitude of major theme parks. Last time I visited one of these theme parks the isolation left me yearning for human company. At times, there were entire metres (that’s about 3.3 feet to you) between myself and the other 5,000 or so people visiting that day.

To reach the Gold Coast one would either take an arduous 60 minutes drive along the perfectly sealed highway from its nearest capital city, Brisbane, which happens to be the third largest city in Australia. Or they could just catch an airplane to its international airport. Here’s a suggestion, Google Maps is a free service that is readily available to your writers and editors. You should try using it. Indeed if you zoom in on a map of our country you may even spot the entire population raising our middle fingers in your patronising direction.

“Now and then, she stayed with cousins who lived in the hinterland of the hinterland, where there really were kangaroos and a dingo really will eat your baby.”

Please tell me I’m imagining this bit? Because I’m fairly certain that, statistically speaking, no babies have ever been eaten in the Gold Coast Hinterland. Statistics are those facty things some people use when writing for respectable publications. You should try them out sometime. Another thing you could try is not allowing writers to use the tragic death of an actual human child as a punch line, because that kind of makes him an arsehole.

“When she talks about it, you see the arid country, the horizon on every side, blue sky, yellow fields.”

Only one small amendment needed here guys, and that is to delete the entire sentence. The Gold Coast Hinterland is mountainous and covered in lush green rainforest, dickheads. 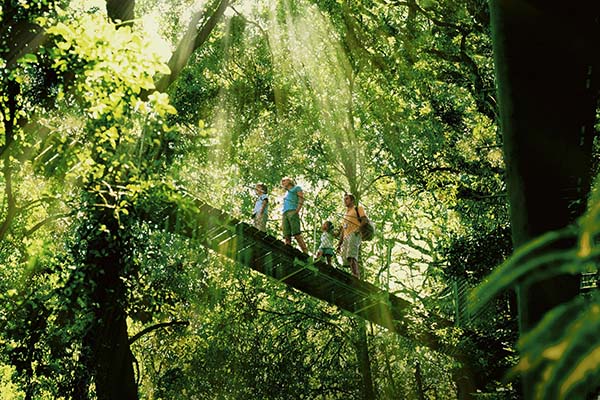 51 Comments on Greetings from Down Under: An Open Letter to Vanity Fair