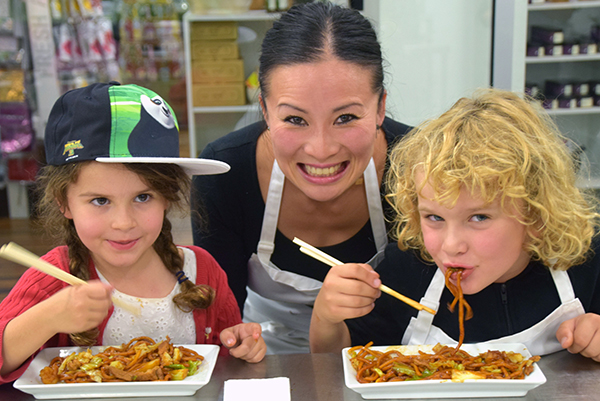 Once upon a time there was a small martial arts obsessed  boy who couldn’t stop eating… he ate and ate, practised some kung fu and then he ate some more. So it should come as no surprise that the Kung Fu Panda movies are that very same boy’s favourites, and not only because they’re brilliant movies. It’s because for Raffles, loveable Po is just so relatable.

I mean, Raffles and Po’s stories are so eerily similar that they’re almost interchangeable.

Think about it. They have both been raised around kitchens. Both have an appetite for dumplings and noodles that is bordering on the need for intervention. Both think almost exclusively through their bellies. Both study Martial arts. Both have huge hearts. And just like Po, some would say Raffles has been raised by a bit of a goose. It’s fine, I’ve been called worse.

Kung Fu Panda 3, out on DVD today, is the latest incarnation of Po’s legendary adventures of awesomeness and it may just be Raffles favourite of them all. Mine too. Because Kung Fu Panda 3 is all about family, and food and believing in your self.

In the movie, Po, raised by noodle making goose, Mr Ping, reunites with his long-lost birth father, Li Shan, and meets a village full of dumpling scoffing pandas. But when a supernatural villain, Kai challenges the Kung Fu masters of China and captures Master Shifu, Crane, Mantis, Monkey and Viper, Po must find himself to save them. Assisted by Mr Ping, Li Shan and Tigress, Po grabs destiny by the dumplings to train his clumsy panda comrades into the ultimate band of Kung Fu warriors.

There are plenty of laughs, tears and some great messages about family bonds, finding your own identity and talents, and striving to be the best you that you can be to take away from the film. But Raffles takes away from it only a concern that, like his animated culinary doppelganger, he “isn’t eating up to his full potential“.

Which means it’s dumpling’s at dawn! 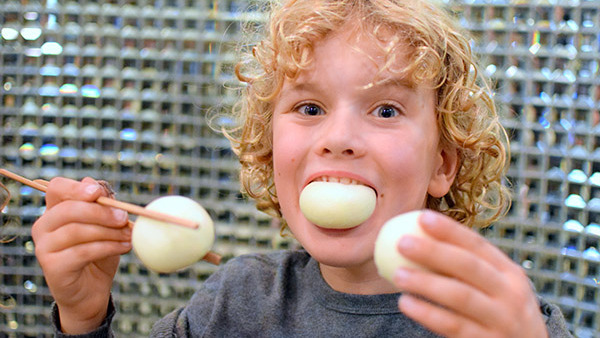 And the crowds are in awe…

But as it turns out, neither Po or Raffles can come even close to Kung Fu Panda 3’s  Li Shan…

While to my great relief, he is unable to stuff 40 plus dumplings into his copious gob at once, Raffles’ appetite is still so immense that it’s vital he learn to cook for himself. So I’ve spent much time with him in the kitchen, teaching him the basics and some kitchen safety skills…

In celebration of the release of Kung Fu Panda 3 on DVD and Blu-ray –  and its cool bonus features including two all-new Kung Fu Panda animated shorts, Panda Party Karaoke and more – Raffles was treated to an extra special cooking lesson with another Poh.

The gorgeous Poh Ling Yeow is the star of ABC TV’s Poh’s Kitchen, MasterChef Australia runner-up and one of Raffles’ foodie favourites. 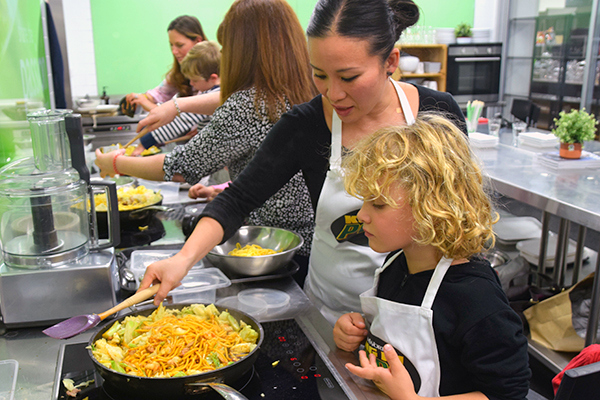 You know when you meet someone you admire and they turn out to be even nicer than you expect? Poh’s one of those people. Warm, genuine and patient, she happily assists and chats food with Raffles as he masters her delicious pork noodles.

They may even have received a little assistance from the Dragon Warrior himself. 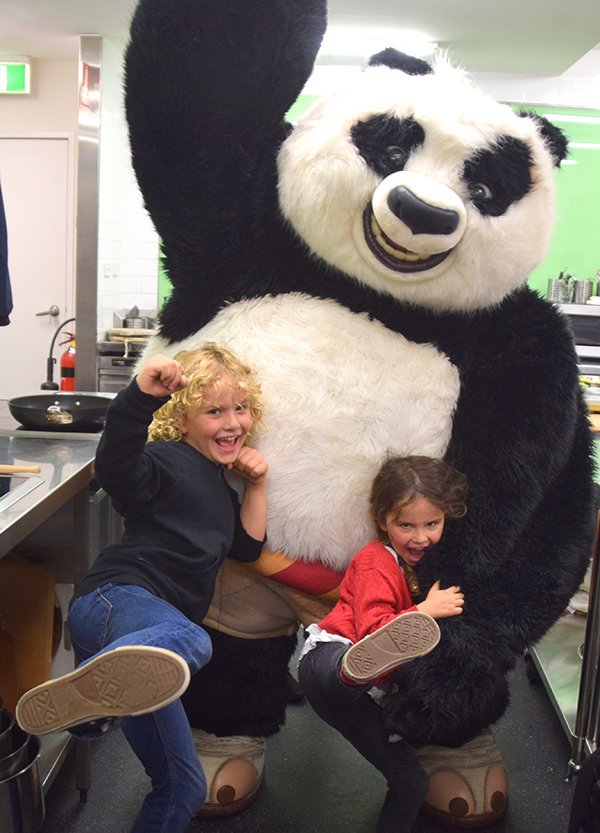 And the results? Well, I think these smiles say it all. 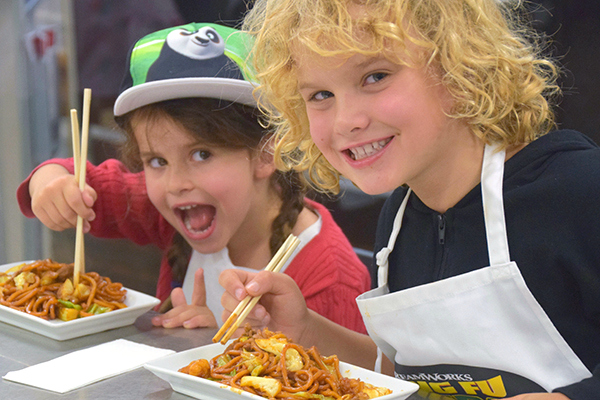 And you can be sure your kids will devour them faster than you can say, Skadoosh!

*  If using Asian greens in place of cabbage add at the end while noodles are simmering, so as not to overcook. You want them to retain a nice crunch.

Disclosure: Raffles was hosted at Poh Ling Yeow’s cooking class by Twentieth Century Fox Home Entertainment, however all opinions and gluttony are our own.