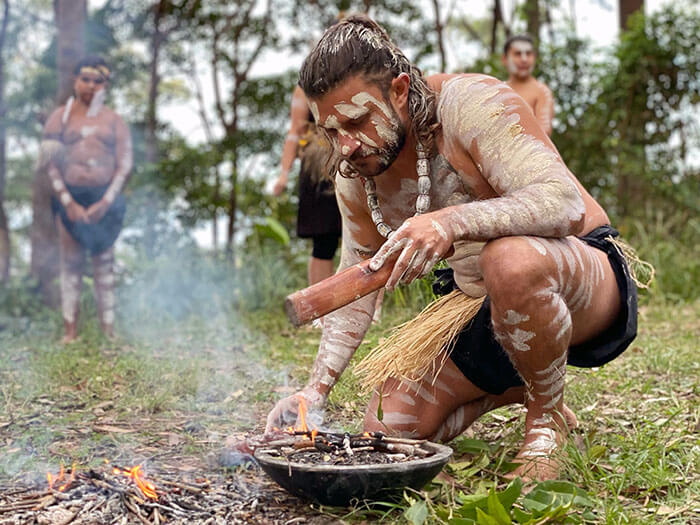 For families The Giingan Gumbaynggirr Cultural Experience provides an unparalleled opportunity to learn about the culture, people and language of the traditional custodians of the Coffs Coast.

The smoke wafts over us like a blanket. A loud and constant hum provides a soundtrack to the low rolling screen of smoke. Dancers snake out in a line from the bush, their bodies heavily painted in ochre, stomping their feet in rhythm with the clapping sticks that accompany the rolling drone of the Didj. 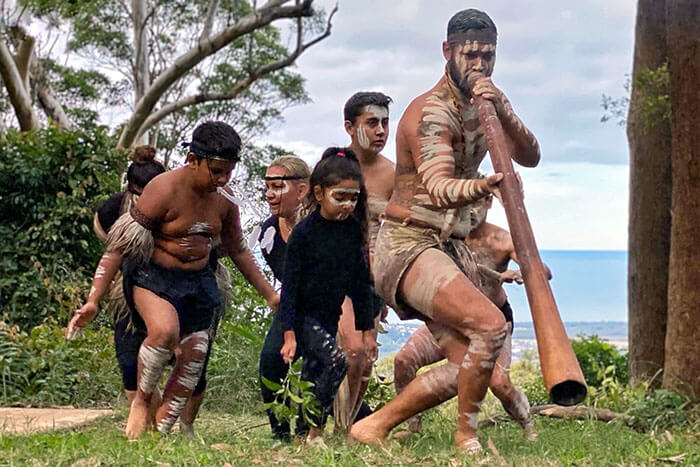 These mesmerising dances, passed down through generations, bring history to life. Each tells a story about the land, animals and the Gumbaynggirr people.  After several of these stories, and a snack of Aunty Jenny’s toasty damper, the dancers surround a lemon myrtle leaf topped coolamon (a traditional Aboriginal carrying vessel),  the source of that smoke, and we all take part in a cleansing smoking ceremony. 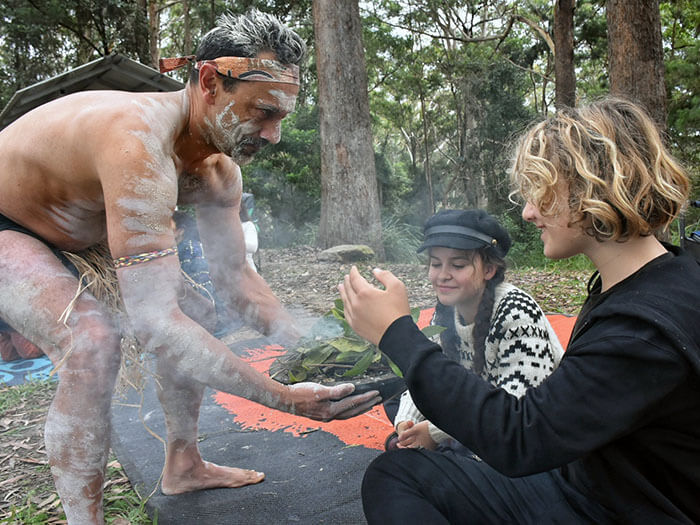 We’re at Sealy Lookout, a little north of Coffs Harbour, for the Giingan Gumbaynggirr Cultural Experience. Located alongside the Forest Sky Pier and Treetops Coffs Harbour, it is easy to access and provides a wonderful opportunity for families to learn about the culture, people and language of the region’s traditional custodians through dance, songs, storytelling language and natural science. 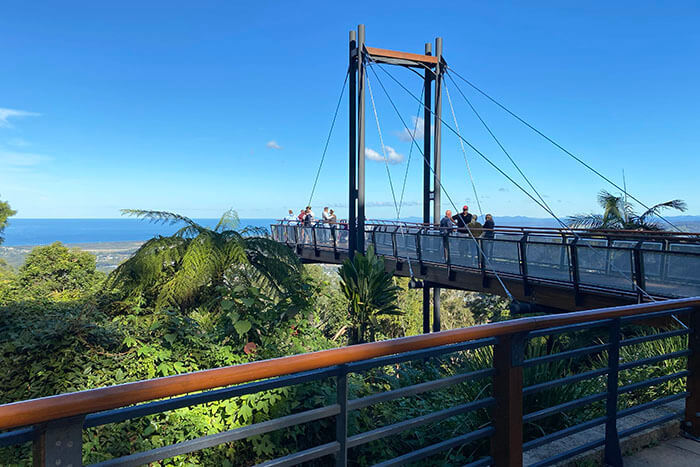 The Gumbaynggirr people have occupied the land around the Coffs Harbour region for thousands of years and they share their culture on a tour of “Niigi Niigi” (Sealy Lookout), an important cultural site within in Orara East State Forest. But this sharing is about more than tokenism or tourism, it’s also an opportunity for the Gumbaynggirr people to practice their culture on country, working with elders to revitalise an identity they are fighting against time to protect.

This cultural time bomb is ticking right across Australia, as the awful legacy of colonisation has been an elimination of Aboriginal languages. Until the 1970s government policies banned and discouraged Aboriginal people from speaking their languages and practicing their culture. Of the 250 plus languages spoken here when colonisation began, less than half are still spoken and even fewer remain strong, which is criminal given the oral traditions of our First Nations people and the spiritual significance of language in their lore.

Sadly, as more and more elders pass, so are what remains of their stories and languages, which is causing unresolved trauma and loss of identity amongst young First Nations peoples. 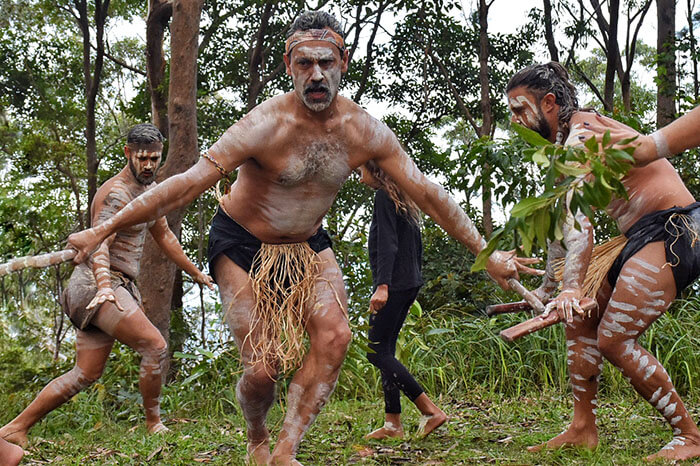 The dancing is followed by an interprative walk along the Gumgali Track to Niigi Niigi with Clark Webb, a proud Gumbaynggirr person. During our walk he points out medicinal plants, scar trees and shares more depth about the area’s Aboriginal history, the environment, and the Dreaming stories that are at the core of Gumbaynggirr culture and lore. From young to old, we are all riveted to his every word. 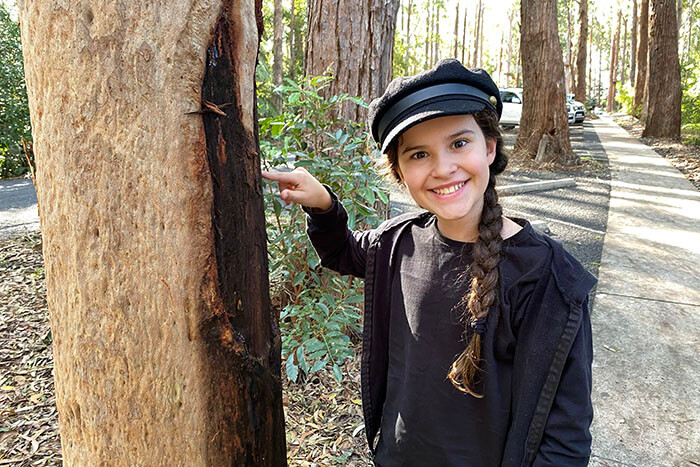 By taking part in the Giingan Gumbaynggirr Cultural Experience, visitors are contributing to the revitalisation of a language and culture that may otherwise be lost. Run by the Bularri Muurlay Nyanggan Aboriginal Corporation, these tours provide a financially sustainable model to create cultural training and language learning pathways for their community, and open conversations that need to be had.

The tour is a multigenerational experience in every sense of the word with children learning the ropes at their family’s heels. It is a privilege to witness Gumbaynggirr parents teach their language and knowledge to their own children as they generously share it with ours.