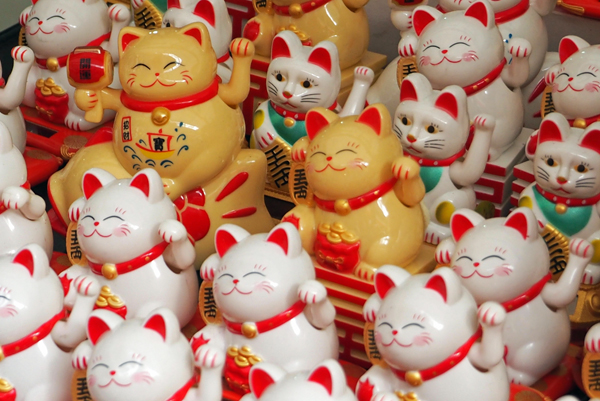 “How would you feel about travelling to two countries and four cities in four days, racing against a bunch of prominent social influencers from 9 different countries?” Honestly? I’d feel like packing.

Though I restrain myself from jumping up and down shouting “pick me! pick Me”, picked I am. And so I find myself being welcomed to Singapore’s Ibis on Bencoolen along with16 of the most fun and fabulous bloggers from across Asia Pacific in readiness for the first leg of #escapers15 – a travel challenge that will see us race from Singapore to the Gold Coast via Brisbane and the Sunshine Coast in a blaze of social media mayhem.

#escapers15 is kind of like The Amazing Race for bloggers. Like the TV Series, teams of two receive clues that will take them from destination to destination with quirky challenges along the way. Unlike the Amazing Race it comes without the histrionics, drama and terrifying tasks… unless you count the bit where I have a hissy fit on a thrill ride at Movie World, but that’s a story for another day…. back to Singapore and the Ibis Bencoolen.

Before the #escapers15 formalities begin, there’s eating to be done and our marvellous hosts have outdone themselves with a hawker style set up of Singaporean specialities at in-house restaurant, Taste. I quickly dive in to a bowl of steamy laksa, pole vault my way via satay stick over a mountain of chilli crab to the mee goreng before swinging on a noodle over to the icy slopes of a bowl of sweet, coconutty chendol. 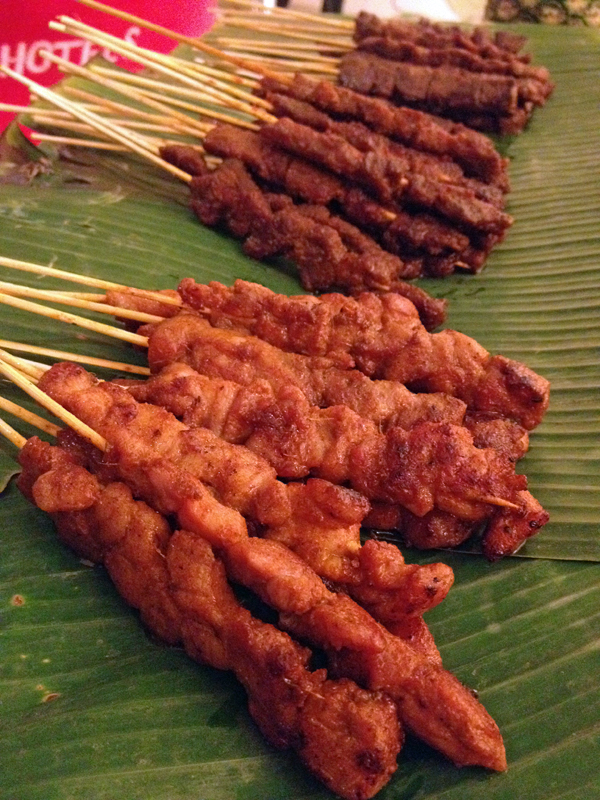 If there’s food involved in tomorrow’s challenges my competitors won’t stand a chance against my ninja-like eating skills.

Between bites we’re filled in on the Handy smartphones we’ll be using in tomorrow’s adventures. An extra that is an option available to all Ibis on Belcoolen Guests for the duration of their stay, the free Handy units provide unlimited 3G Internet access, local and international calls to 26 countries on both fixed and mobile lines. 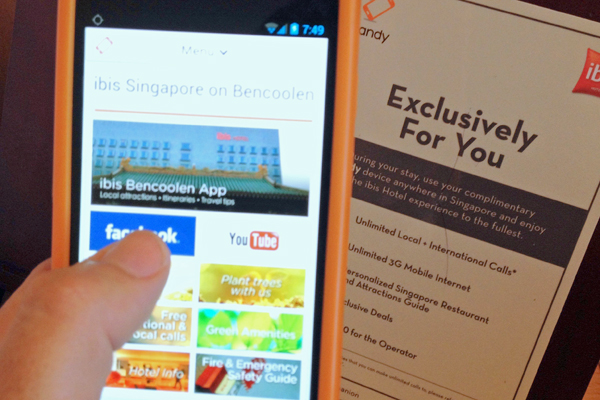 In fact, with one of these on hand you can check your emails, map your way around Singapore, boast about it on social media and then call home to make sure your family and friends have checked your Facebook updates. All for free. Genius!

The tasty locally sourced food and Handy phone are just two of the many innovations that make the ultra modern Ibis on Bencoolen such a great choice for a stay in Singapore. 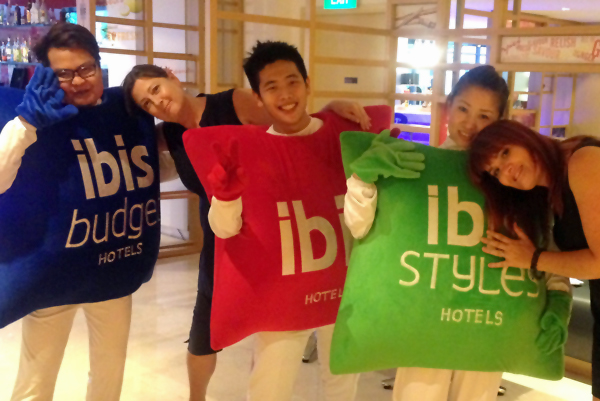 It’s incredibly comfortable, the service is as good as you’d find in a five star hotel and the location, within walking distance of colourful temples, Little India, Orchard Road and Bugis MRT Station, is incredibly convenient. 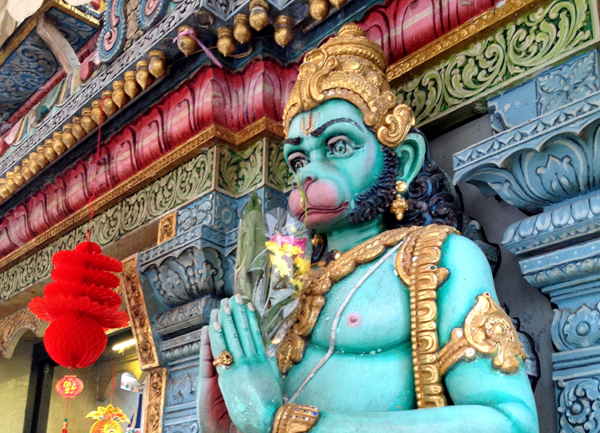 But it is the hotel’s environmental sensibilities that really float my boat! From bamboo bikes for guests to explore the city to recycling bins and meters to help guests measure their water consumption, the hotel also boasts a no plastic bottled water policy, with guests encouraged instead to purchase a 100% recyclable glass bottle of still or sparkling water at the bar that is theirs to keep, with free refills for the duration of their stay.

But I digress. My teammate, Where to Next‘s Deborah Dickson-Smith and I are handed our clues and with Singapore city and MTR maps in hand, immediately hit up social media to have our clever online communities solve them for us while we sip on wine and plan a strategy for tomorrow’s race around the Lion City.

Having a few pals who are ex-Singaporean locals certainly speeds up the process, so in no time I’m off to dive in to the comfort of one of the Ibis Belcoolen’s heavenly beds. Alone. Without a couple of small children sneaking in to sleep on my head or kick me repeatedly in the spine. Strangely, it’s at these moments I miss my babies the most. Note to self… get therapy!

At 9.15am, Handy phones at the ready and mapped up to the max, we’re in the lobby raring to go and completely confident with our strategy… that is until every other team heads off in the total opposite direction to us. Umm…

Still, we stick to our plan and hop the MRT straight for our first stop, Raffles Place, which is obviously named after my son. Though a case could be made for it being named for Sir Stamford Raffles, the founder of the city of Singapore in 1819, but let’s not split hairs, ok?
Here we are charged with a quest to capture the quirky creature that is the symbol of Singapore, the Merlion, in photo form. 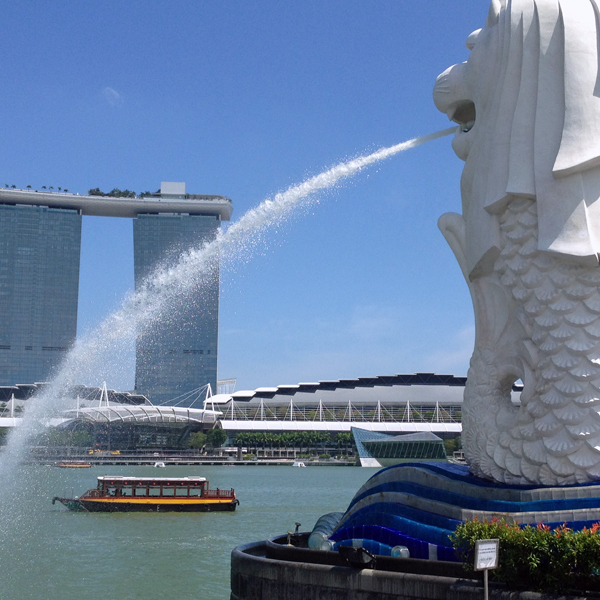 We tick it off and head for the 19th Century Hawker Centre to find the stall that sells Chicken Rice. This one’s easy and my stomach guides us straight to Lau Pa Sat where we inhale a plate of the succulent Singaporean speciality and neck an ice kecang for good measure. 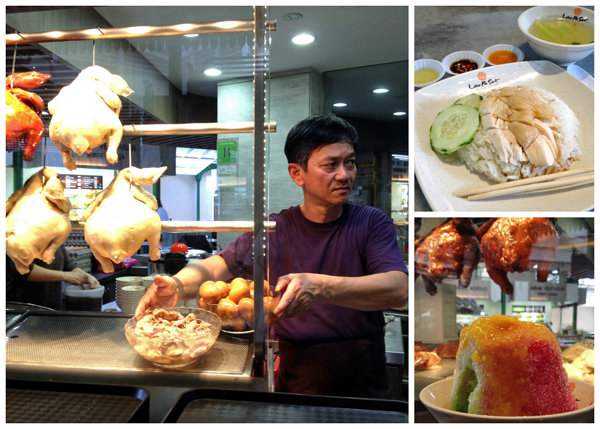 The entire meal sets us back about 4 bucks! I want to eat it all over again but we’re on a mission. And that mission is to hit the cocktail bar at So Sofitel a little before 11am. No, we’re not skiving off #escapers15 duties, we’ve been challenged to guess, by taste, three of the seven ingredients of their signature cocktail. And drink it. By the pool. In the sun. 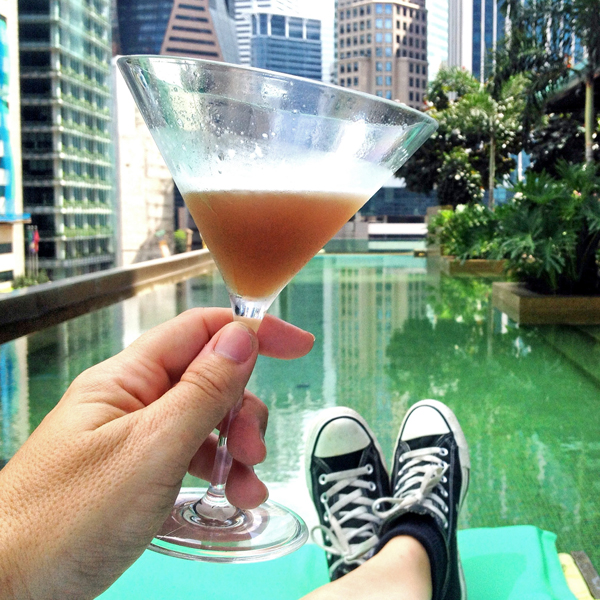 I know right, talk about making us jump through hoops…

I pick a hint of pandan immediately and the cognac. And of course there’s gin, which is a little easier to detect given that the human body is made up of 60% gin. Oh wait, that’s water isn’t it? My apologies, what I meant was that I’m made of 60% gin.

We stagger out of the stunning So Sofitel in search of the nearest MTR station and Marina Bay Sands Quay, where we float, a little pickled, up the river by water Taxi to Clark Quay where we charge into the Novotel for a quick selfie by the pool… as commanded by our clues. 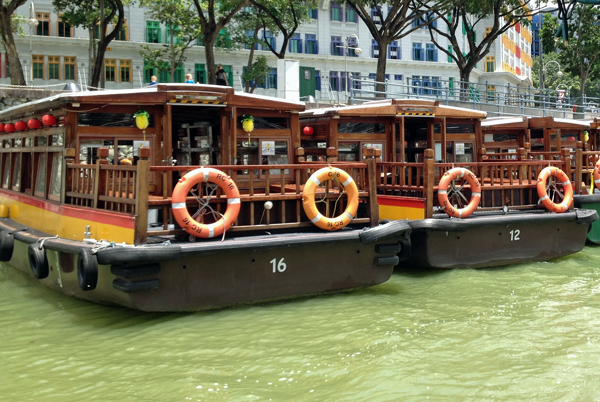 The tweets and instagrams are flying fast in our quest to earn team points, our followers drowning in the deluge of our social media ministrations as we head to our last challenge at Mount Faber, which turns out to be more of a hill than a mountain… but very pretty nonetheless. Here I need to accost a stranger and convince them to join me in a pic in front of the copper mural.

I’m in luck! Super luck as it would happen and I am joined by a team of small Singaporean superheros prepared to take flight with me. 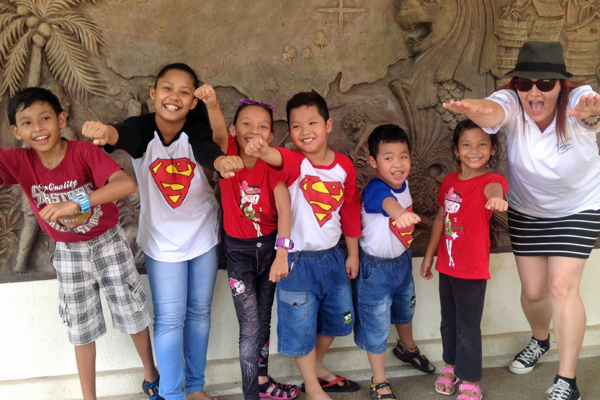 We don’t really get much air so we take flight, via cable car, to the MTR station and back to the Ibis on Bencoolen and judgement.

We place a respectable 3rd, kicked out of contention by the high-flying kung-fu fighters from China and the super cool Singaporeans by a single point.

But its early days. And as we enjoy the Scoot In Style treatment in the SATS lounge at Changi, and I top up my gin content, we’re only a comfy Scoot in Silence overnight flight away from another day of challenges in sunny Queensland and another chance at victory. 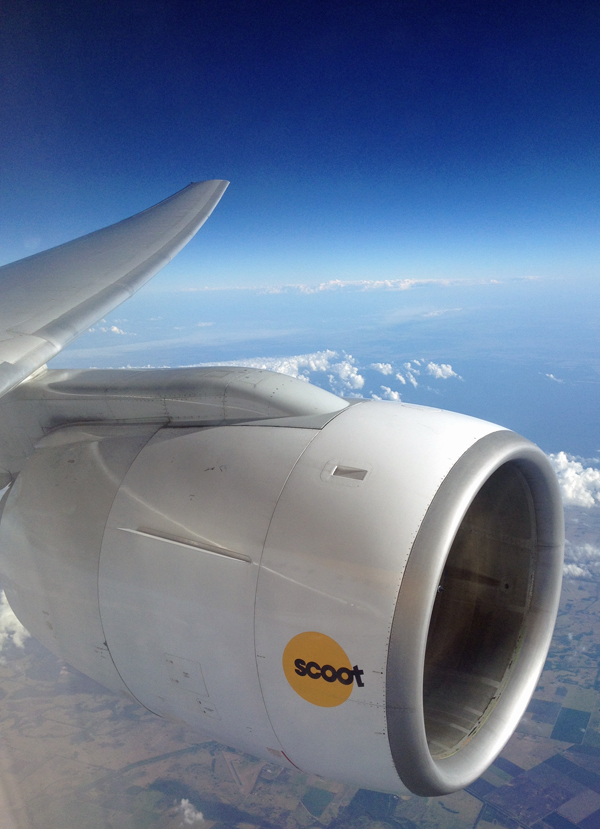 BoyEatsWorld was hosted by the lovely folk at Singapore Tourism, Accor Hotels and Scoot Airlines on the awesome #escapers15 adventure.

34 Comments on #escapers15 – The Singapore sessions