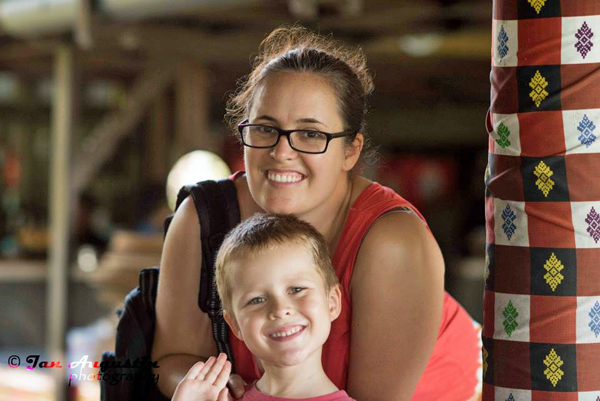 As part of my pint-sized Parky’s grandiose plan to “interview cool people” about food and travel, Raffles has been preparing a hit list of those who he’d most like to wax philosophic with. From local chefs and fellow travel and food bloggers to the big guns like Heston Blumenthal and Michael Palin, his list is as fantastical as it is diverse.

Top of the list is his all-time food and travel hero, Adam Liaw, followed closely by the intrepid Luke Nguyen, and The Park Hyatt’s Executive Chef, Franck Detrait. His top five is rounded out by The Swedish Chef and “the guy who invented Fromager d’Affinois”. But, with his first trip to Japan just around the corner, he’s just as keen to chat with fellow travel blogger and former resident of Japan, Amanda Kendle from Not a Ballerina.

Without further ado, it’s over to them…

My mama and I like reading your stories about living and travelling around the world, especially the ones about Japan because I want to live there and train to become a ninja when I grow up. Mama says you’ve been blogging about travel since before I was even born. That’s a really long time… what made you start?
Well, I’ve always loved writing, since I was about your age, actually. When I was quite a bit older (about 25) I moved to Japan and because I saw so many new things I wanted to write about them.

Why did you decide to live in Japan?
When I was nine, my parents took my sister and I on a big trip in a camper van around Europe. That made me love travelling, but I wanted to know even more about how people lived in other countries. One day, I saw an ad in a newspaper looking for people to teach English to people in Japan and I thought, why not? It was the best idea I ever had! 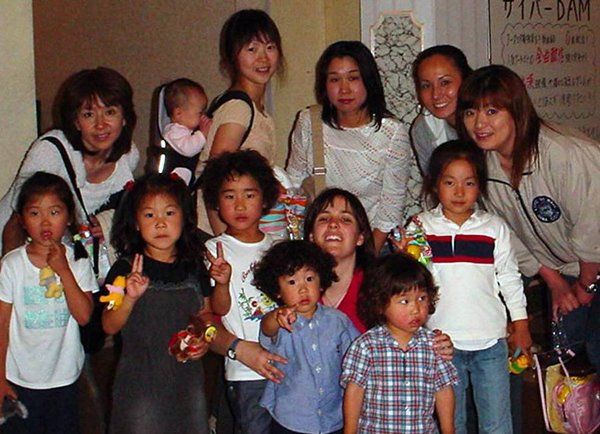 Can you speak Japanese? What is your favourite word?
I learnt lots of Japanese when I lived there and now I’ve forgotten a lot, but it’s such a fun language to learn and I loved learning to write all their different characters. I think my favourite Japanese phrase is “moshi moshi”. It just means “hello” but you only say it when you answer the phone! I think it sounds really cute.
I’ll try to remember that.

I’m going to Japan next month and I’m so excited I might explode. What are the top three things you think I should see when I am there?
I would be so excited to! First, you should take a ride on a shinkansen (bullet train). They are super-fast and look really cool, too. Second, if you can see Mount Fuji, even from a distance, then that is amazing too. And third, you should go to one of the colourful temples or shrines: my favourite is Fushimi Inari Taisha (in Kyoto) which has a big tunnel of bright orange torii (kind of like gates) leading up to it. It’s really cool! 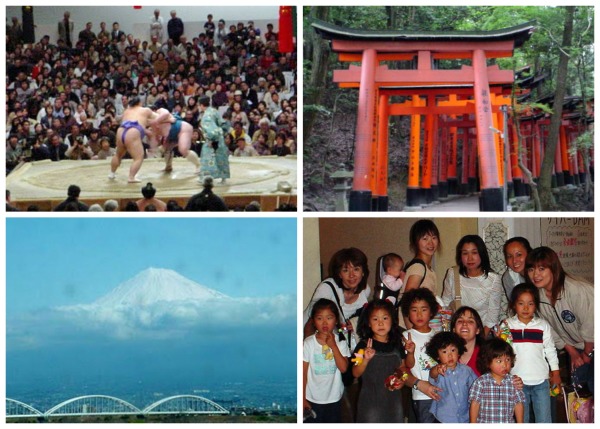 It sounds awesome. What is your favourite city in Japan?
I love Nara the best, and that’s the second city I lived in. There is a huge park there called Nara Park, and lots of deer live there, and there is a temple with a giant statue of Buddha. It’s a really historical city and there’s so much to see there. 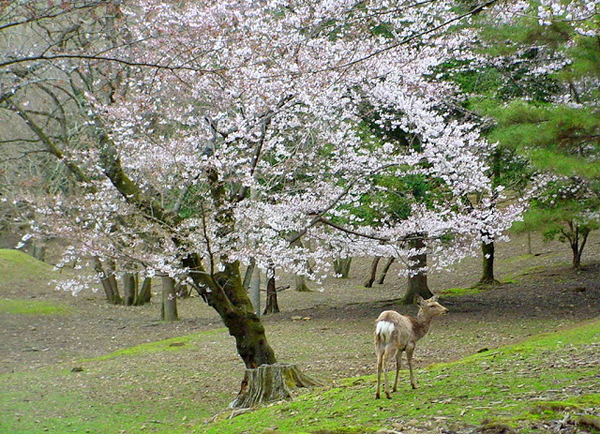 What is the weirdest thing about Japan?
There are lots of pretty weird things about Japan, which is one of the reasons it’s such an interesting place to visit. One weird thing is that every region seems to have a special flavour of ice cream. But they don’t just have strawberry or chocolate ice cream flavours but really unusual ones, like squid or octopus ice cream, or seaweed ice cream, and lots of other flavours that are so weird I don’t even want to think about them!
They sound disgusting but I’d still try them.

Did you meet any ninjas? Or see Sumo wrestlers?
Sadly, I didn’t see any ninjas when I was in Japan, but I did see a lot of people playing kendo, dressed up in their very special costumes and throwing their bamboo swords around. I also went to a couple of sumo wrestling tournaments and they were so much fun to watch!
Epic! I want to see kendo and sumo too!

Does your son like to travel?
He sure does! He is just turning five and he has travelled to ten different countries so far, and is going to two more news ones this year: Iceland and England. His Dad comes from Germany, so sometimes we visit his cousins in Germany and Switzerland. One day I’ll have to bring him to meet you!

That would be really, really awesome.