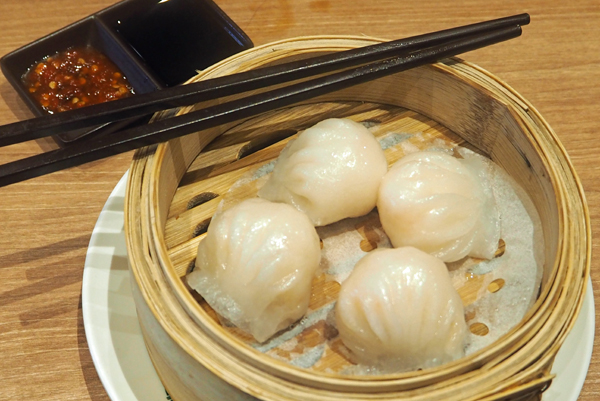 When mama told me that a Michelin-Starred yum cha place was opening in Chatswood I was so, so, so excited because I love yum cha more than seagulls love chips. And because a Michelin star is a bit like a merit certificate for restaurants, I just know that a yum cha restaurant that has one is going to be epic.

The restaurant is called Tim Ho Wan and is from Hong Kong where they’re really good at yum cha…even if they call it dim sum. It’s pretty famous there but this is their first restaurant in Australia and it only opened last week. Someone in Hong Kong must have told someone in Australia about this place because we arrived before it had even opened (at 9.40am) and there were already about 30 people in front of us in the queue. Mama suggested we come back another time but I had to see what all the fuss was about so we waited and managed to get a seat as soon as it opened.

The waiters at Tim Ho Wan Chatswood were wearing these plastic mask things on their faces which were a bit weird but I guess they were to stop spreading germs. Either that or it’s to stop them gobbling the food they’re serving. Mama said she wants to get one for me so she can actually get a mouthful of food occasionally. I think she was joking. (I wasn’t.)

I also liked that I could see in the kitchen because you can see how clever the chefs are. 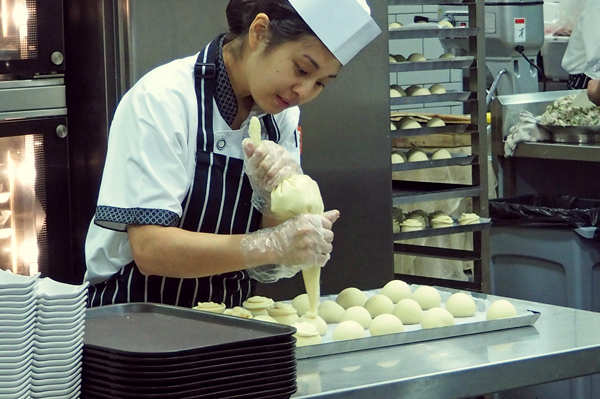 The most famous dishes at Tim Ho Wan are called the ‘Big Four Heavenly Kings’ (pan-fried carrot cake, baked pork buns, vermicelli rolls stuffed with pig’s liver and egg cakes) but they have loads of other stuff too.

We decided we had to crack into the steaming baked pork buns. They weren’t like normal pork buns. These were crispy and a little sweet on the outside and had loads and loads of barbecue pork yumminess inside. They were almost more like a pie than a pork bun and I loved them. 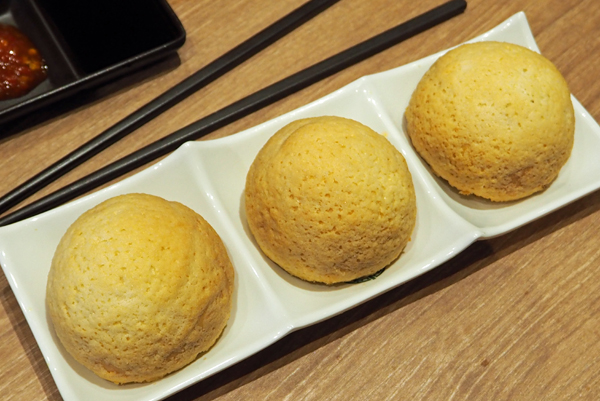 I also decided to order chicken feet because I’ve never tried them before and if I’m ever going to eat a chicken’s foot then I want it to be a Michelin-starred chicken foot. 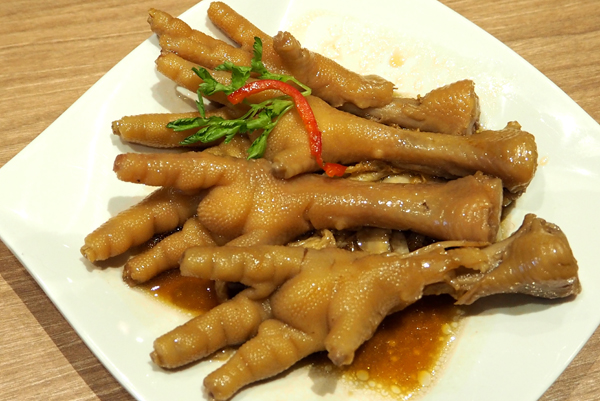 I didn’t really love them but I didn’t hate them either. I do think they’d make a better back scratcher than a meal though… 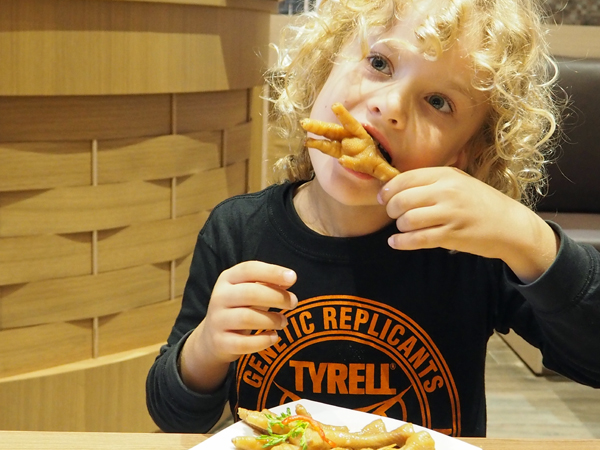 The dumplings were so, so good. The pork and prawn siu mai were really tasty and I liked them a lot. 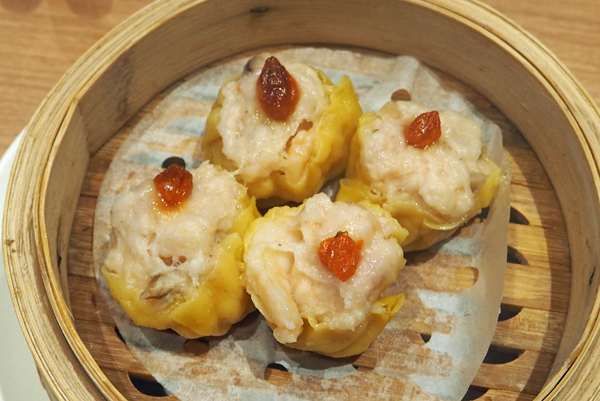 The prawn har gow were pretty awesome too but then I could eat about a thousand of them wherever we get them. These ones were extra good though. 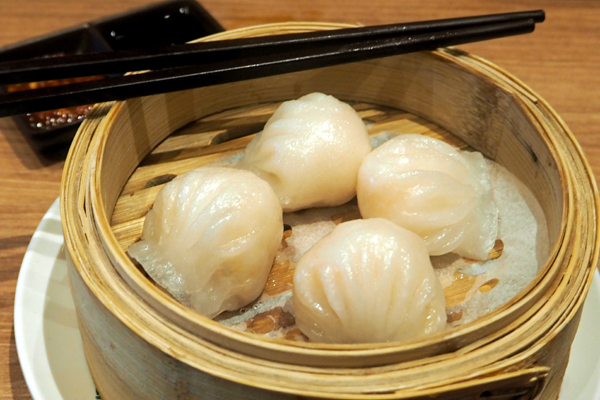 One of my favourite dishes was the sticky rice in lotus leaf which you unwrap like a present. It’s basically steamed rice stuffed with Chinese sausage, chicken and big chunks of mushroom. You should definitely try it, it’s really good. 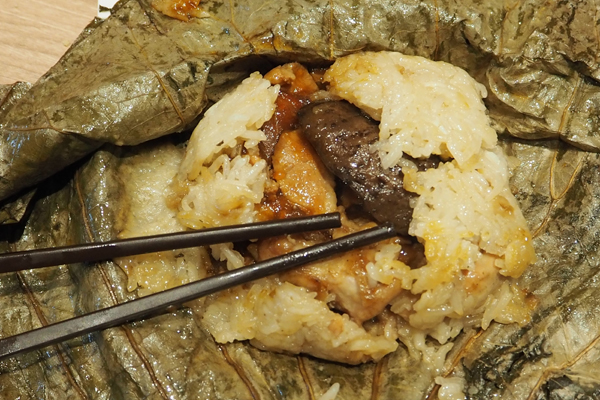 My favourite dish of all was the vermicelli rolls stuffed with prawns. They were slippery little suckers but I loved them. There were some sesame ones too which were Mama’s favourite. 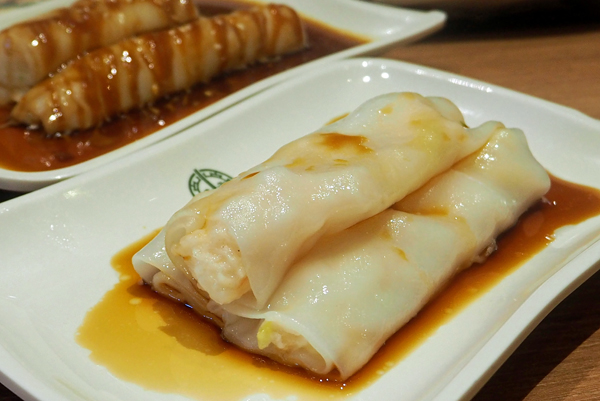 I think Tim Ho Wan is so good I’m awarding it one Raffles’ Star, which is way better than a boring old Michelin one if you ask me.

Reviewed by Raffles – aged 7
(bracketed detail by his mama)