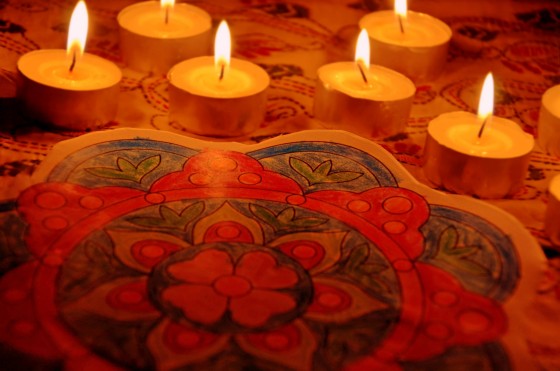 A culturally curious Raffles has put in a request to celebrate Deepavali this year, no small task given we aren’t Hindu; it’s crossing cultural paths with Halloween and Dia de los Muertos and; more to the point, that I have NO freaking idea how. But in the spirit of my son’s cultural and religious edification I am going to give it a good go… once I find out what it is.

It’s always fun to do a little research with Raffles so he and I visit Uncle Google to find out what makes the “Festival of Lights” tick. He is thrilled to discover that it not only involves much eating, fireworks, colour and candles but that the celebration has many wonderful legends behind it, his favourite being the Ramayana. Sit back with a cup of chai and we’ll share the abridged version.

Once upon a time Prince Rama, the son of a great King, along with his wife, Sita, was banished to live in a forest because of a plot by Rama’s stepmother who, it must be said, was a bit of a biatch and wanted her own son, Bharata, Rama’s younger brother, to be king.

While in their forest exile Sita, who was a pretty good sort, was kidnapped by an infatuated Ravana… who was not. In fact, being a demon king with ten heads and far too many arms than was good for anyone not a member of the octopodidae genus, you could say Ravana was butt ugly. But I digress.

The wicked Ravana swooped down in a chariot pulled by flying monsters and kidnapped the princess. But Sita, being as cluey as she was hot (and who clearly had shares in an early incarnation of Cartier), left a trail of sparkling jewellery for Rama to follow.

Rama was none too dim so he followed Sita’s jewellery trail and, as one does, befriended a flying monkey king called Hanuman. Now Hanuman was good and kind and super cool, in a banana coveting, hairy kind of way, and together they set off to find Sita who had been imprisoned on an island. When they couldn’t reach the island, all the monkeys in the entire world ever, summoned by Hanuman, came to help build a bridge.

After a fierce battle Rama killed Ravana with a magic arrow and, reunited with his jewellery tossing wifey, headed back home guided by the welcoming little oil lamps on people’s windows.

Today Diwali is celebrated across the world as the “Festival of Light,” with lamps and fireworks lit to signify the victory of truth and goodness over evil and to ward off any traces of darkness and ignorance. We don’t have any of the traditional clay oil lamps that would be traditionally used but Raffles and I figure a couple of tea lights should just about do the trick. And in place of an explosion of fireworks we’ll light a sparkler or two (or “sprinklers” as Raffles is convinced they’re called). 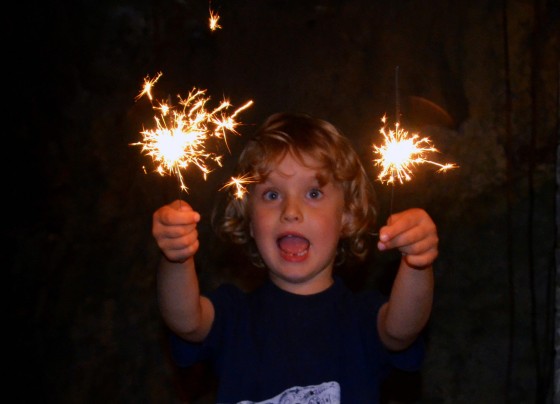 It is also tradition during Diwali to perform a “Lakshmi pooja” to seek divine blessings from Lakshmi, the Goddess of Wealth. Uncle Google suggests that we should decorate the entrance of our home with colourful traditional motifs and Rangoli designs to welcome the lovely Lakshmi but this may prove problematic as our front door is currently sporting a fetching Halloween poster with “keep out” scrawled on it in faux-blood. Bugger. It is also written that we should leave our windows open to invite a little of Lakshmi’s luck but, as we live in inner city Sydney, this would also invite thieves so we might give this one a miss too.

Another tradition at this time is to clean house, which is a happy coincidence given we’ve just shipped a truckload of crap out of our place after a spot of spring cleaning… so Lakshmi might just give us a look-in after all.

There’s also a tendency for a bit of cow worshiping by farmers at this juncture but, in the absence of any live cows in our inner city suburb, we might just avoid steak for the week. I think the cows will be happy with that.

In spite of our gory front door, Raffles is still keen on creating some decorative Rangoli. Though these are usually made with coloured rice, flour or sand, in the interest of our newly clean house we’re nixing these for a less messy medium… crayon. I sketch some out and he colours away until – in a moment of largesse – my baby chooses his prettiest Rangoli and carefully packs it in his school bag as a gift for the Hindu raised mum of one of his school friends.

What did I do to deserve this delicious kid?

The last day of the holiday is a special day called Bhai Dooj where brothers and sisters renew sibling love. Sisters apply an auspicious red tilak on the forehead of their brothers, while brothers provide gifts of love to their sisters for cooking and looking after them. Or, in the case of Sugarpuff, for chucking tantrums, whining, snatching and smashing her brothers Lego. Same, same.

Raffles, who adores his little sister (in spite of the Lego fallout) thinks this is a lovely idea though, given equality rules in our house, we’ll be nixing the female servitude ideology and the kids will make each other gifts. 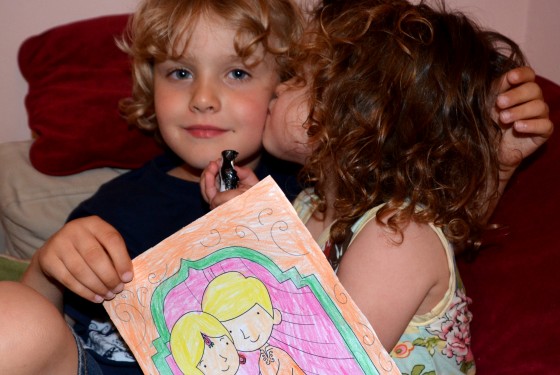 Raffles colours a picture for his sister and Sugarpuff helps me make a platter of Laddoo (recipe below) for her brother. And by help I actually mean gets under my feet and licks the bowl clean. 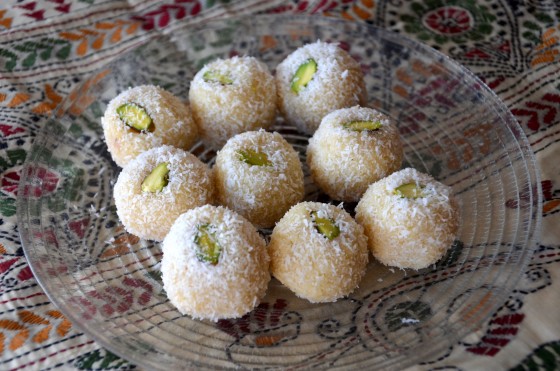 But for us, it is a kind invitation from the aforementioned school mum for us to join her and her beautiful family at the Sri Venkateswara Temple in Helensburgh that makes Diwali truly special. The magnificent temple is one of the most famous Hindu temples in the southern hemisphere, built according to Vedic principles. 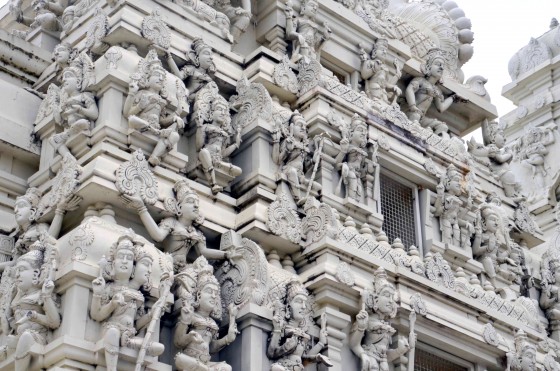 The temple is abundant with iconography, with most of the major Hindu deities getting a look in. 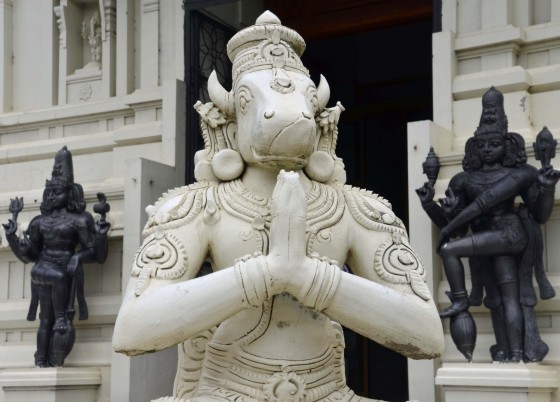 Personally, I’m a Shiva and Lakshmi kind of gal and they are well represented at Sri Venkateswara. Raffles though is desperate to track down his monkey king pal, Hanuman – who he sees as some kind of Hindu superhero – dancing about gleefully when he does.

After washing our feet, we head barefoot into the temple’s inner chamber where we’re intrigued by the Poojas (rituals performed by Hindus as an offering to their deities) that are being performed. Raffles, following the cues of his little friend, rings a bell to attract pleasant Devatas (deities) and scare off some of the nastier ones and is chuffed to bits when he receives his first tilak on his forehead. 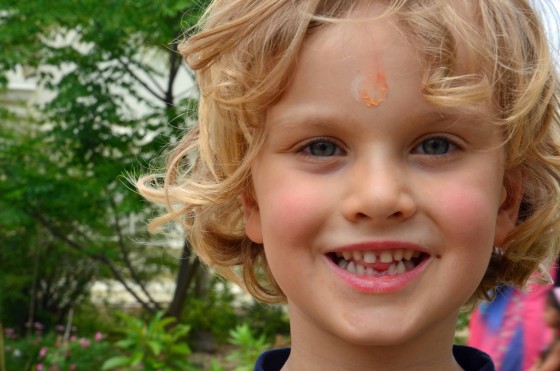 And then we eat! The SVT canteen offers some of the cheapest, and best, vegetarian Indian treats we’ve eaten this side of Singapore.

Then its back home for a few more sparklers and to finish off the leftover laddoos while Raffles begs for a repeat visit to the temple next weekend. 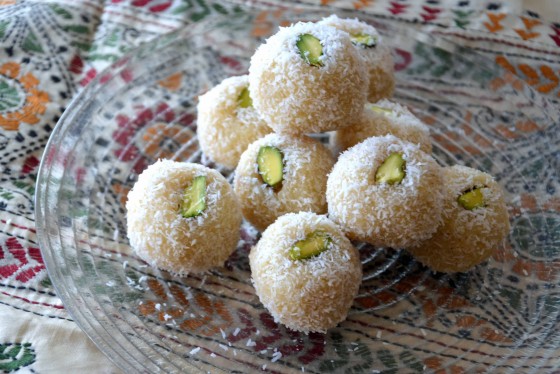