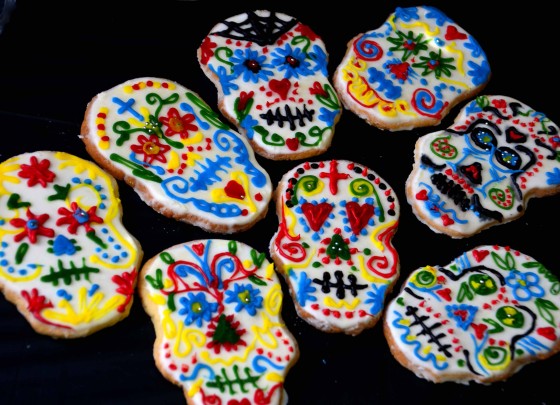 At Casa Eats World it’s time a to clean up the cobwebs and dig out our Mexican baubles for Dia de los Muertos, the centuries old Mexican tradition of honouring late loved ones. And by late, I don’t mean they missed the bus. On the Day of the Dead (or days, as it runs over several) people celebrate out of love for the departed though there are those who celebrate from fear as wild folk tales tell harrowing stories of what happens when one neglects the dead. The Eats Worlds? Well, with respect, we’re celebrating out of a love of tacos.

Wee Raffles loves all things Mexican… be it food or wrestling masks, but he has a particular fondness for the colourful sugar skulls that decorate many a Mexican restaurant and the odd arm or leg of tattoo toting friends. So, when he suggested we get our Mexican on this weekend, I was happy to oblige.

Dia de los Muertos and Halloween are both offshoots of All Saints’ and All Souls’ Days and given our love of the latter, I figure a little dive into this Mexican tradition will extend our beloved spookfest that little bit longer… and enjoy some top notch nosh while we’re at it. But, there is more to our celebration than quesadillas and ceviche, though they do get a serious look in… after all, this is us.

Despite a proliferation of skeletons and skulls, Day of the Dead festivities aren’t gratuitously dark or gory… unlike the night of the undead that is Halloween.

Instead Dia de Los Muertos melds Native American traditions with Spanish Catholic beliefs in an exuberant and colourful carnival of love. Filled as it is with music and colour and noise – something we’re all quite proficient at making around here – it’s a celebration of those who we’ve lost, but it’s not a sad holiday.

That the lives of the departed are celebrated, instead of their deaths mourned, is what makes Dia de los Muertos such a happy event.

In Mexico death isn’t seen as the end of one’s life but as a natural part of its cycle and it is believed that the souls of one’s family travel home to join in the Day of the Dead festivities. People create altars (ofrendas) in their homes in honour of the deceased. In some areas families visit cemeteries to tidy the graves of their loved ones, which they then decorate with pictures, flowers, candles, food and drinks before holding an all-night graveside vigil where they share happy stories of the dead. Tonight we’ll just pop out a few candles and decorate our makeshift altar with some Mexican tin trinkets. 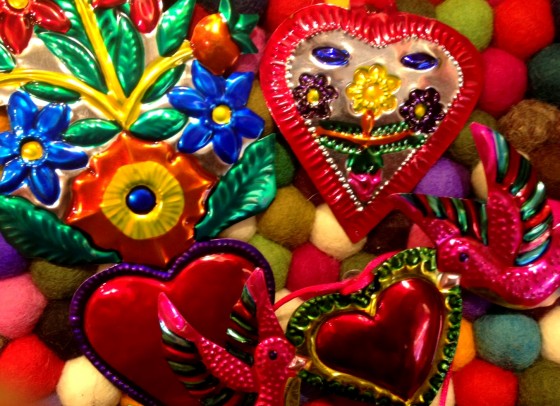 Without doubt the quirkiest and coolest feature of the Dia de los Muertos festivities are the proliferation of decorative and quite cheerful skeletons and sugar skulls… and as food and treats are a strong theme, Raffles and I have decided to join the Mexican wave and – to a mariachi soundtrack – are taking to the kitchen to whip up some Mexican inspired incredible edible heads… 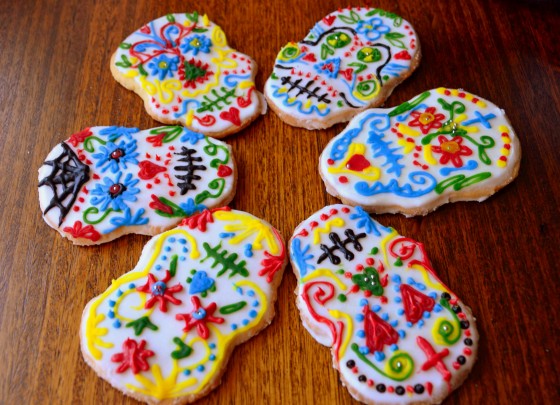