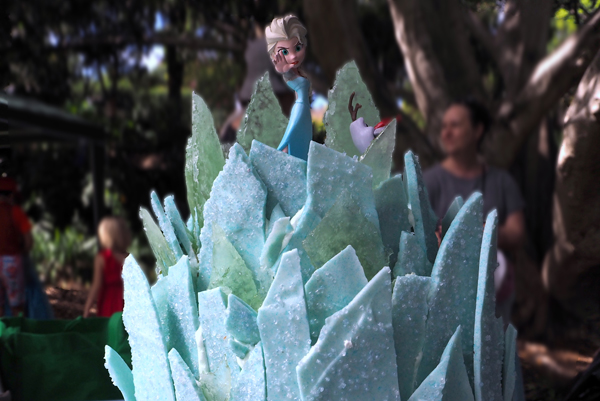 This weekend my baby girl turned four. How the heck did that happen? I mean, the birthday thing itself isn’t really that big a shock given she had one on the exact same day last year, but how can my tiny baby be four already?

It was only about four minutes ago that they pulled our little snowflake out of the embryonic esky at Casa Conception and something like four seconds since Mr Eats World and I crossed our fingers (and in my case, legs) as we awaited the news as to whether our tiny cluster of expanding cells would stay.

You see, after six rounds of IVF Roulette we had finally gotten the hint that no amount of needles, drugs, weird fertility icons from far flung lands, careful cajoling or desperate pleading was going to entice any self-respecting embryo to stick about in my teflon-coated uterus for a whole nine months.

But with a single tiny embsicle still on ice we decided that before we threw in the reproductive towel we may as well play a seventh and final round of pin the embryo on the uterus. And to our utter amazement we won. The prize was our beautiful Sugarpuff.  It’s really no surprise to me now that it was she of all our recalcitrant embryos that stuck around because our girl is renowned for digging her heels in. In fact she may well be the most stubborn creature on earth, but we wouldn’t have her any other way. Well, except maybe when she’s howling on the floor in the supermarket… but I digress.

Given her icy cold beginnings it is no real surprise that four all-singing, all-dancing, all-wonderful years later, my little force of nature has a thing for all things frosty, especially those of the Disney variety.

Needless to say during the weekend long Festival of Sugarpuff there would be no escaping the icy parental hell that is Arendelle, and our weekend soon turned into a flurry of ice blue as my frost-bitten offspring celebrated with that most ubiquitous of pre-school affairs… yep, another freakin’ Frozen party. 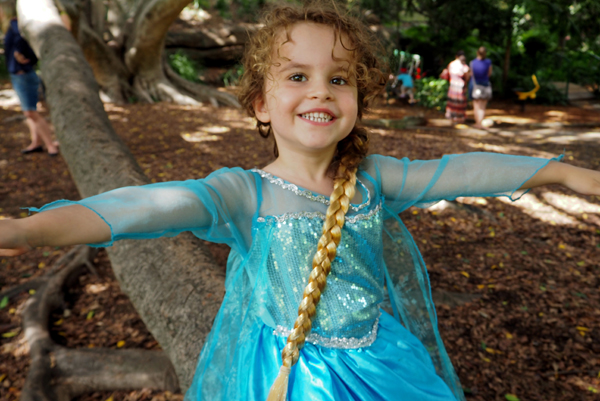 The OTT invitations were dispatched and the party fixings prepared, all under precise instruction from my decisive daughter until the big, blue day arrived. 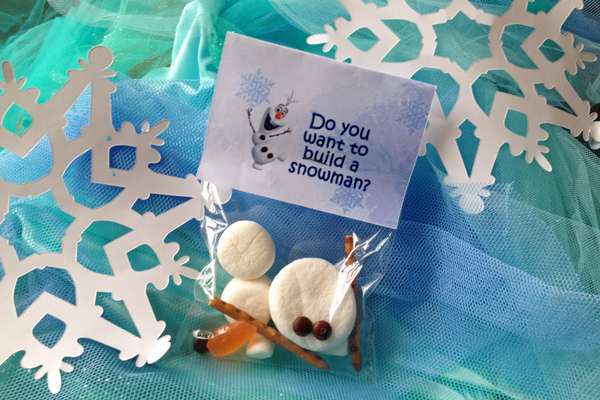 I arose at ridiculous o’clock to finalise the cake, ice some cookies and prepare platters of food for a dozen or so small people (who were sure to be disappointed with my predominantly healthy offerings of fruits and vegies – I’m a mean mama like that). 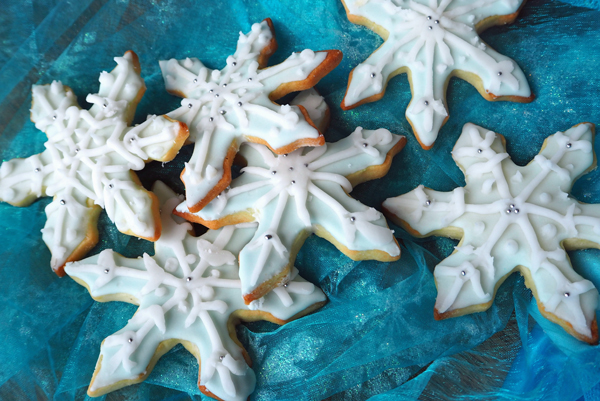 This was made so much easier by the dramatic flouncing of our ice, ice baby as she flung shoes and clothes about the kitchen in a frenzy because there were important decisions to be made! I mean, which of her 74 million Elsa frocks would she wear? The sparkly sleeveless number? The ridiculous bouffy meringue of an Elsa ball gown? Trad Elsa with a caped long-sleeved creation? Or would she choose all three as if she was hosting the Oscars? Yeah, you guessed it! 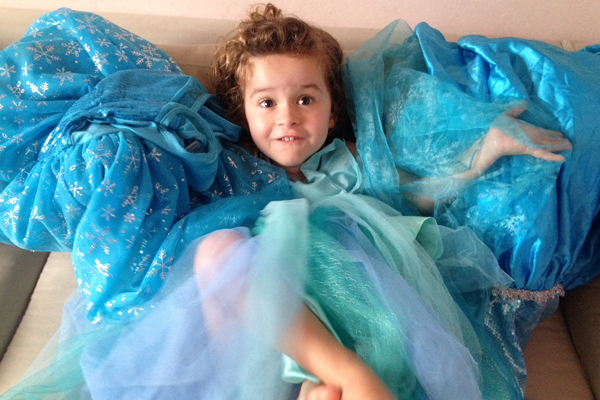 It was at this point that I made the suggestion that it wouldn’t be breaking with the theme if we whipped up a batch of frozen margaritas to help ameliorate the pain, however this was deemed inappropriate at 10am on a Sunday morning by Mr Eats World, who it must be said is a party pooper.

Instead, as the party began we watched on soberly as a flock of four-year old Elsii (I think that’s the plural of Elsa) happily cheated at played pin the nose on the Olaf, headed off on a troll hunt, and got their groove on in a Queen Elsa dance off. 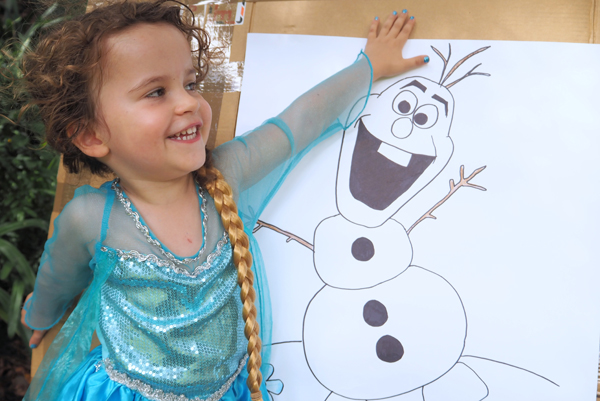 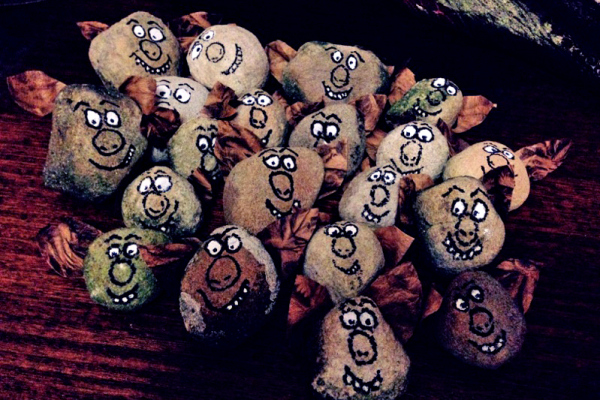 But it wasn’t all princesses and snowmen, the Elsii also climbed trees, devoured tasty treats in varying shades of frosted blue, flapped about theatrically with their diaphanous capes billowing in the breeze and randomly sulked and chucked tanties worthy of an eternal winter generating Queen before candles were blown out on her white chocolate ice mountain cake. 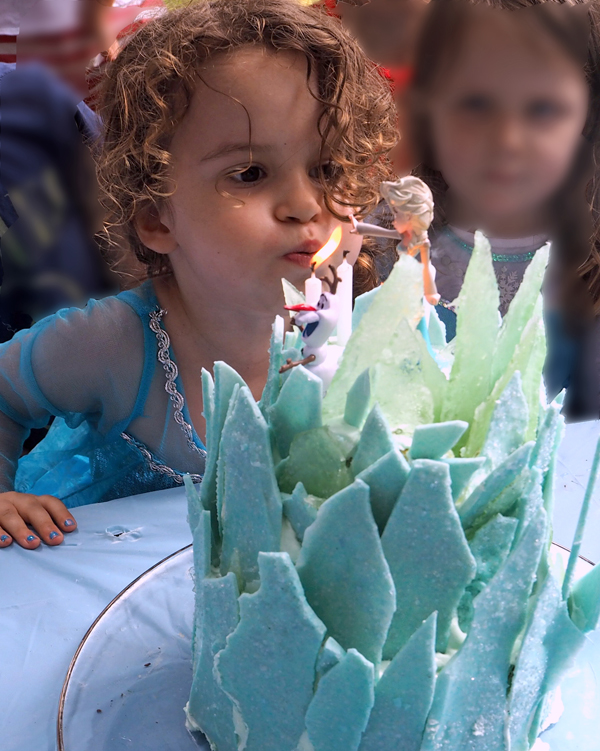 Though Sugarpuff’s choice of party theme was hardly what one would call unique, the party wasn’t without its shocks and surprises. For starters there was that one whole child who turned up dressed as Anna. And of course the stunning moment that my delightful daughter announced, quite loudly, that the cake I spent hours making for her looked like a “chocolate vagina”. Oh yes, she did! 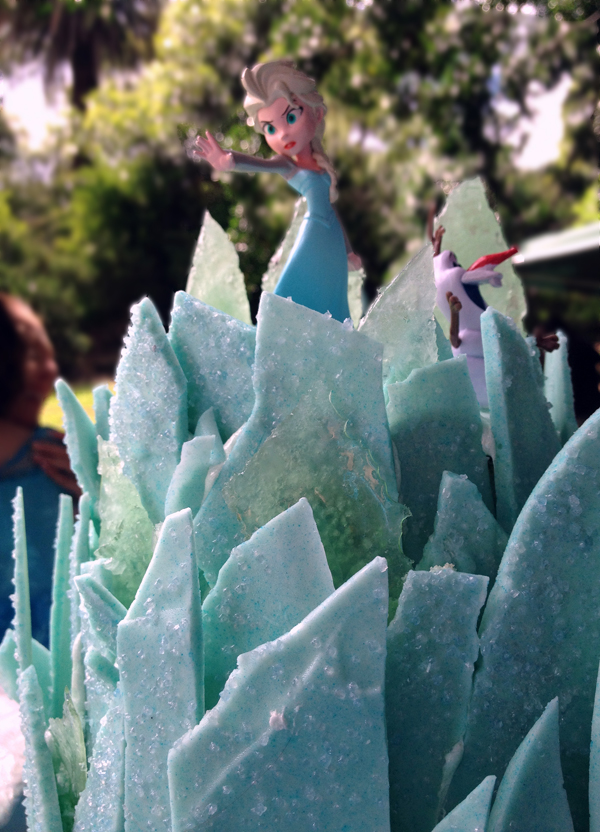 I didn’t ask why because it’s not information I’ll have any need for as I’m now planning on hiding under my bed for the rest of my life.

Regardless, it turns out that a dozen Elsii, a random Anna, and a spiky blue genital cake made for “the best party ever” according to the contented birthday girl who, despite her dubious descriptive skills, we still adore to the point of dribbling lunacy. As we do gin… on ice of course, which we drank in copious quantities after our wee Elsette fell into an exhausted sleep. 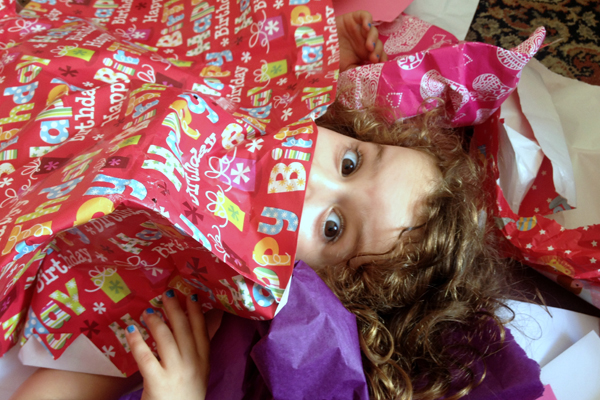