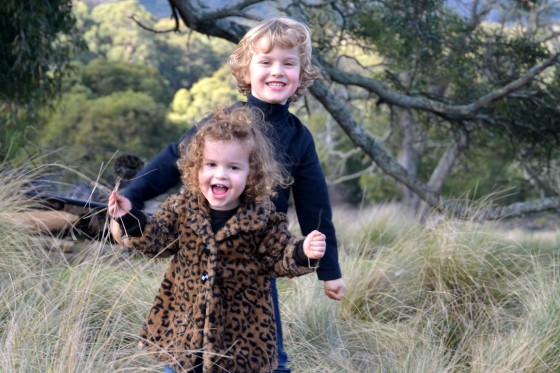 Raffles has a thing for truffles. It’s a fragrance he can never get enough. So we aren’t all that surprised to see our wee whack-job on all fours, bum to the breeze, sniffing intently around the roots of a hazelnut tree. 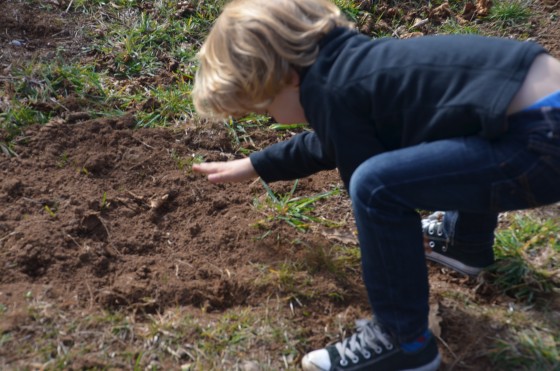 While visiting Canberra for some family fun we found ourselves at Terra Preta Truffles with our BYO truffle pig to celebrate the Canberra Truffle Festival on a truffle hunt. It’s Bastille day eve so the perfect timing for hunting the delicious French Black Truffles that hide in the earth around us.

We’re greeted at the truffiere by the spectacular sight of an enormous slab of brie layered with wads of the prized black truffles. 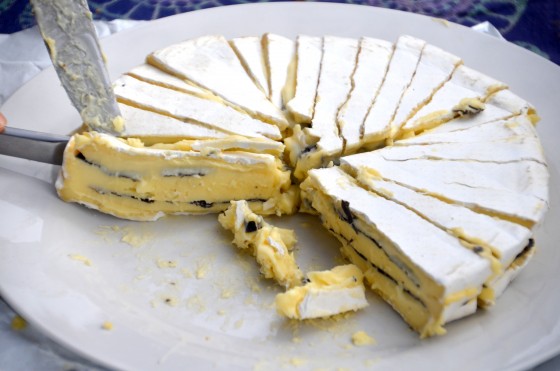 We devour it greedily around a campfire-pit while Raffles is briefed by Kate & Peter, Terra Preta’s lovely trufflieres that there are dogs to do the sniffing and he can stick to the bi-pedal thing.

Dogs have almost entirely replaced pigs as truffle-hunters in modern times. Not only are pigs harder to train and tend to scoff their finds, it is alleged that the scent of the truffle make pigs a little frisky as it mimics that of a pig-in-heat. I’m pleased to meet the hounds because just personally, I prefer my truffles unmolested. 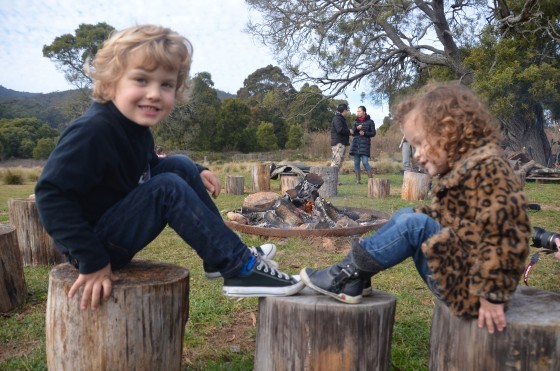 Before we enter the hazelnut grove we’ll need to walk through a lime tray (part of a biosecurity boot process in place to prevent contamination of the patch from foreign dirt) and we’re told not to make eye contact or interact with the dogs. Raffles is so excited at the prospect of the gastronomical treasure hunt he leaps into the lime tray and breaks into a wild dance.

As the hunt begins we keep our overexcited offspring a respectful distance as super truffle dog, Sal, a lovely Labrador Kelpie cross, and her young apprentice, Shadow, a Labrador Dachshund cross that resembles a mutant fur seal, sniff with doggy determination between the rows of hazelnut trees.

It takes no more than a minute before they’re patting at the ground enthusiastically.

Trufflier Kate beckons Raffles to join her and the hounds, handing him a trowel to dig up the first beautiful French black truffle of the day. 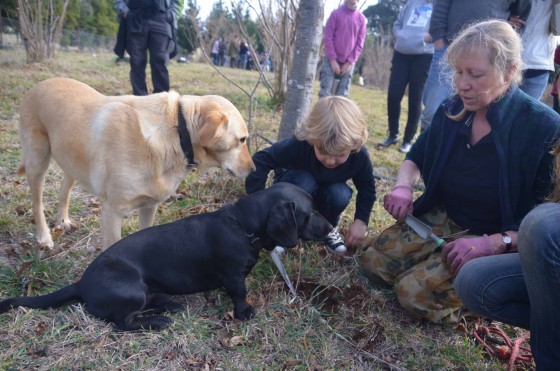 An unmistakable aroma fills the air as it comes up out of the ground and Mr Eats World and I swoon. 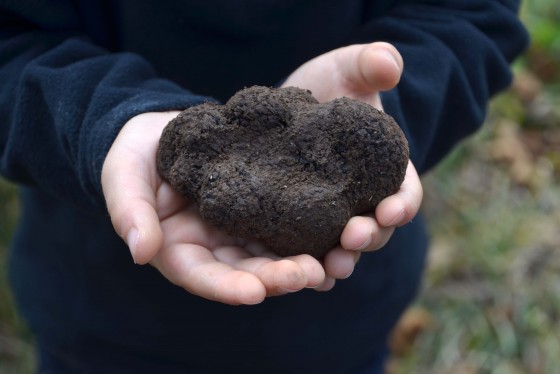 Raffles is so thrilled at the sight of the enormous potato shaped fungus that, if he were any other child, you’d think he’d dug up solid chocolate. But when it comes to food, Raffles is no ordinary kid and he’s already making cunning plans for the fragrant beauty, including the creation of a truffle saucisson and truffle roasted chook. 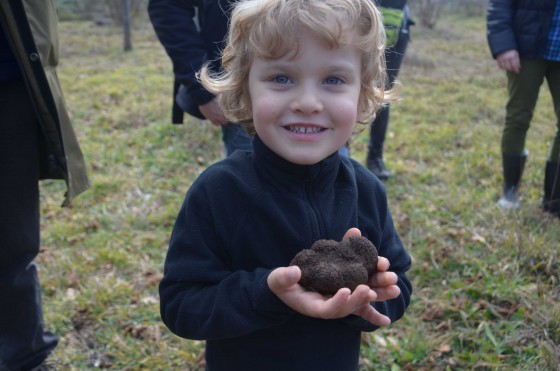 Over the next hour we all take our turn to dig up a truffle or two from the earth. 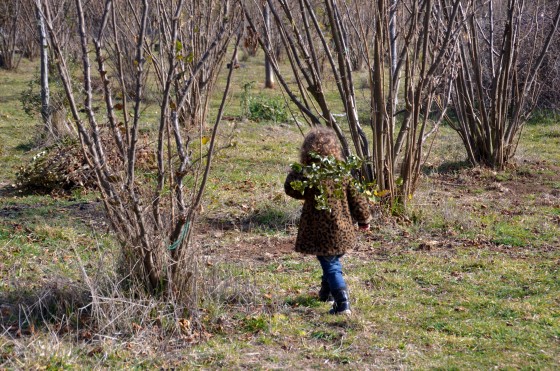 Except for Sugarpuff who is as happy hot-wiring a nearby tractor and filling her pockets with fallen hazelnuts that she dubs “fuffles”. 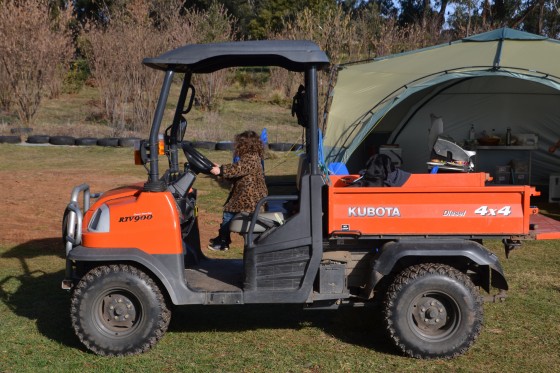 A bucket full of the real thing later and it’s time for the talented truffle hounds to be rewarded with cuddles from their adoring fans. 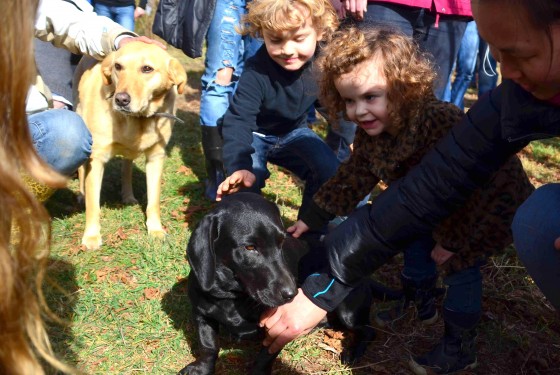 Finally allowed to have her way with the perky pups, Sugarpuff covers them in a hail of kisses and cuddles, which they return with doggy fervour. For her it’s the highlight of the day, and quite possibly her life. For Raffles, it’s digging for buried treasure. For Mr Eats World and I, it’s an amazing lunch of soup, scallop pies and ice cream all spiked with wads of truffles. 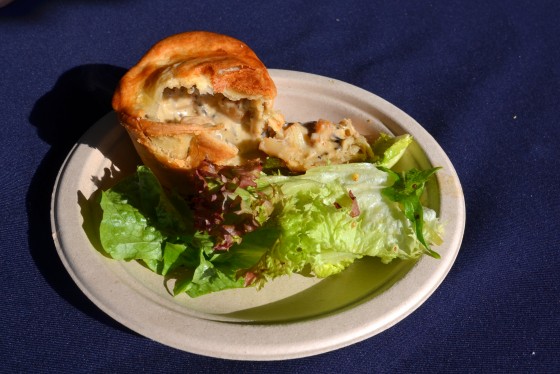 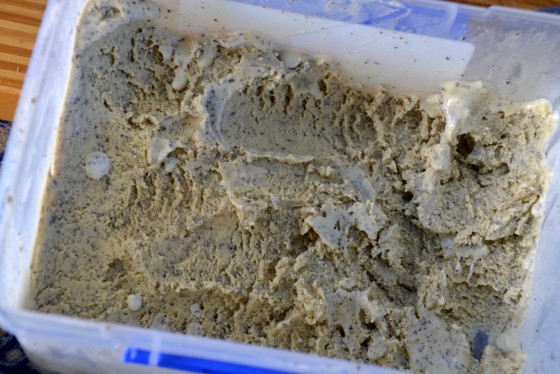 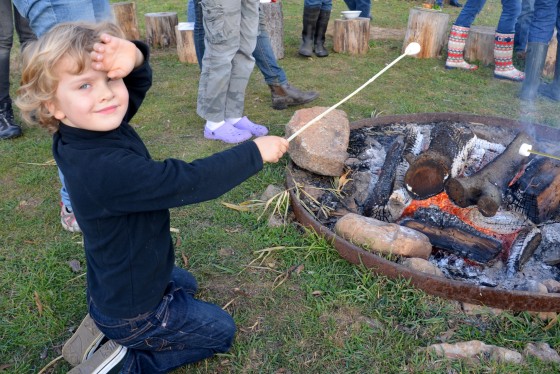 But it’s not over. Wrapped with as much care as a newborn, one of those truffles is coming home with us. 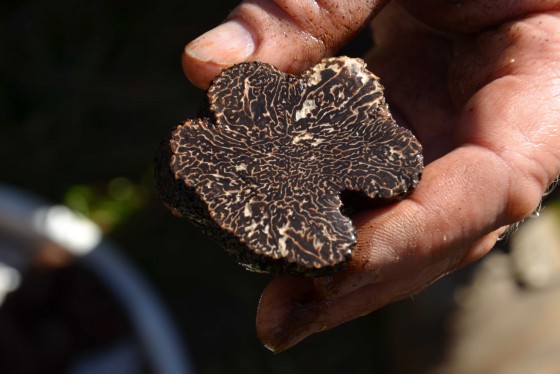 And, like Raffles and Sugarpuff before it, this little truffle too will end up residing in my belly for a time, only this time we won’t need a specialist to get it there.