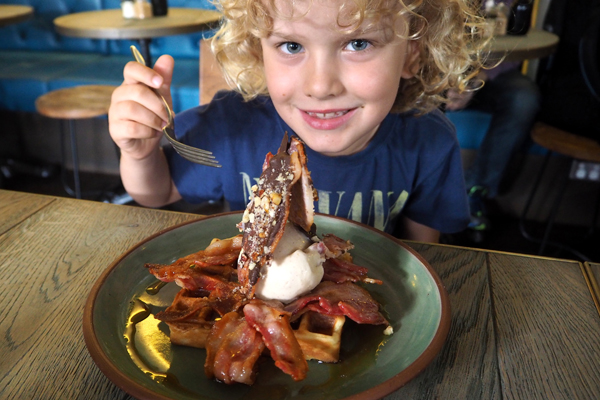 I can’t get enough bacon. I love bacon. I even write stories about bacon. If eating bacon was a sport I would win first place every time. So when I heard that they were having a bacon festival at Cuckoo Callay, you know I just had to check it out. So mama took me to find out exactly what a bacon festival is all about. And do you know what I learned? It’s about bacon.

We started our breakfast with a Shake’n’Bacon (maple syrup milkshake with a chocolate and hazelnut coated bacon swizzle stick). And it was awesome. 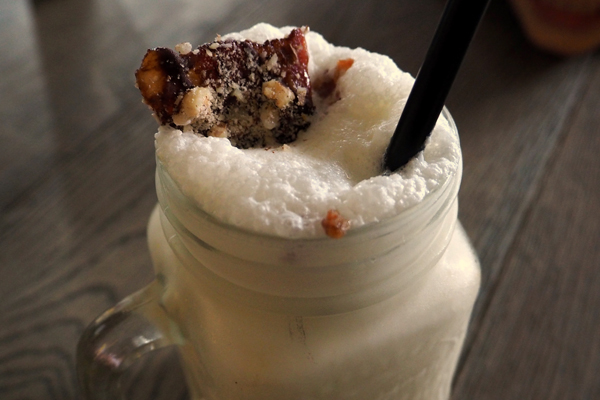 Chocolate and crispy bacon is a genius combination and I think whoever thought of it deserves to be knighted. Mama said that’s unlikely because these days you need to be a Prince to get a knighthood…which doesn’t even make sense. Mama is weird sometimes (thanks, baby). 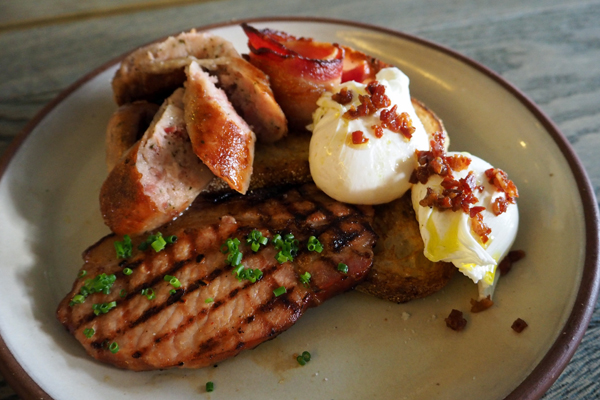 Mum ordered it to share but I only let her have a tiny nibble and then gobbled the lot. Even though the waiter said it was a big dish and very, very filling he’d never actually seen me eat before and after I inhaled it all, I was still hungry which was good because there was still more bacon to come.

Mama ordered the Bacon, Get in Ma Belly (pork belly with sticky sweet chilli and fennel seed sauce with bacon, caper, coriander and lime salad) and it was so good. The pork was all fally apart and soft but the outside was crispy and the skin was crunchy and sticky and so good that I think I’ll marry it when I grow up. 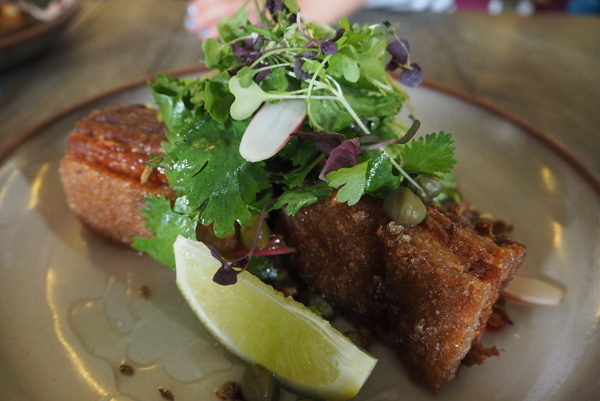 If there’s something I like as much as bacon, it’s Jimmy Hendrix. He’s my guitar hero and I think the bacon at Cuckoo Callay tasted even better because they played Jimmy Hendrix on the stereo the whole time I was there. Mama kept telling me to stop dancing while I ate. I didn’t listen to her.

My little sister came with us too and she wanted the Ya Bacon Me Crazy (Buttermilk waffles). 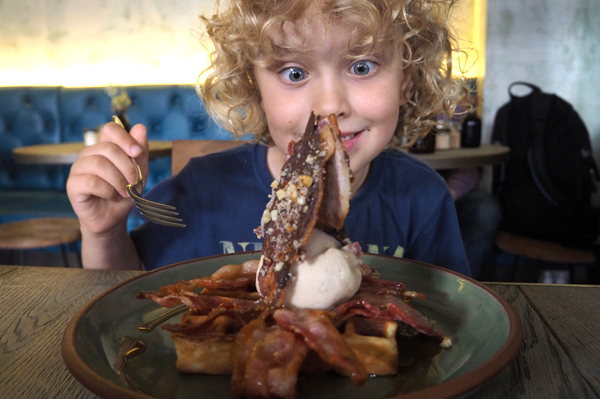 Oh. My. Gosh. It was like a mountain of awesomeness with big fluffy waffles, bacon ice-cream (bacon, caramel and cinnamon ice cream), maple syrup and some of that yummy chocolate coated bacon. I’m not really great at maths yet but I know that bacon + ice cream = epic. 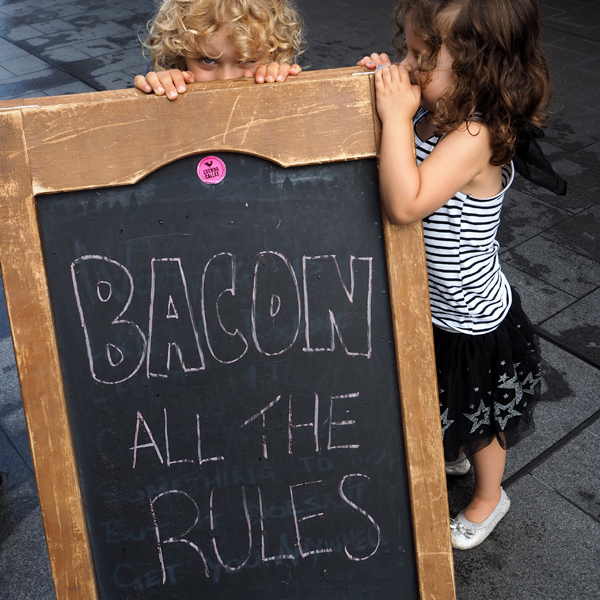 There are still another five really yummy sounding bacon dishes that we didn’t get to try because mum wouldn’t let me, but the Cuckoo Callay Bacon Festival will be on for another 10 weeks so there’s plenty of time for us to pig out on the rest of the dishes. Right Mama?

(bracketed detail by his mama)

* The festival is being run in collaboration with Black Forest Smokehouse in Marrickville to showcase their sustainable free-range bacon, sourced from NSW pig farms.