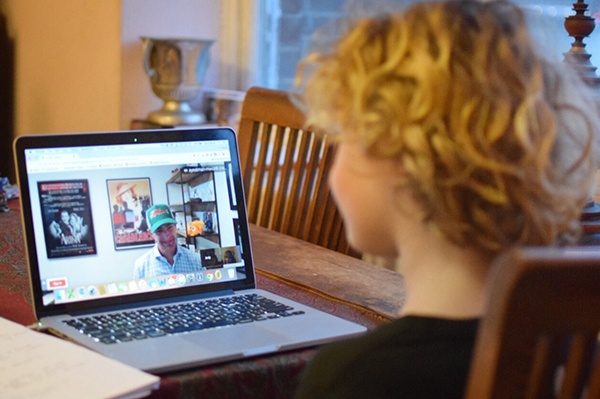 It is somewhat of an understatement to suggest that primary school raconteur, world traveller, bon vivant, gastronome and bona fide television addict, Raffles, is hooked on Netflix. In fact, it would be fair to say the kid can binge watch with the best of them.

And you know, I’m totally down with that, because not only is Netflix streaming incredible kid-friendly series, documentaries and movies that are educating and inspiring him about new cultures, history, languages and food traditions, they’re producing quality original series that are all about instilling self-esteem, confidence and the importance of team work in our kids.

The fact that I can also download many of the shows, for free, to the kids’ iPads so they can watch them offline during our frequent long haul flights, completely eradicating the usual chorus of “are we there yets” and saving our travel sanity, is a not insubstantial bonus.

When I told Raffles he was going to chat with Andy Yeatman, Director of Global Kids Content for Netflix, and the guy behind some of his all time favourite shows, he was more than a bit excited.

Hey Andy, we travel so much and I love how we can take Netflix with us wherever we go. How many countries is it available in now?
Netflix is available globally in over 190 countries! It’s truly incredible that when we launch a new show or film, it immediately is available to more than 93 million members around the world. We also recently added the ability to download, so you can take many of your favorite movies and series with you while traveling places where you might not have Wi-Fi.
We always download Netflix to our iPads to watch when we’re flying. We’re off to the Great Barrier Reef this week and we’ve just downloaded a Netflix original called Sahara to watch on the plane.

The shows seem a little different wherever we go – is there a reason for that?
We try and make sure the user experience and available content is suited for what people want to watch in any given country, which means ensuring some shows and movies are available in Australia for example that might not be there in the United States.
That makes sense.

You’re the guy I have to thank for all the awesome shows I watch on Netflix, right? Can you tell me what exactly your job involves?
I head up a kids’ content team of about 12 people and our job is basically to choose what content we run for kids all over the world, so whether it is TV Shows and Movies that were aired on other channels that are just really popular and kids really like, like Star Wars Clone Wars or Pokémon, or it’s us actually making our own shows like Trollhunters, Buddy Thunderstruck, Julie’s Greenroom and Legend Quest.
Awesome. Sounds like a pretty fun job.
It is a fun job. We’ve just been watching cartoons for the last hour.
And they pay you? Epic. That’s my new dream job. 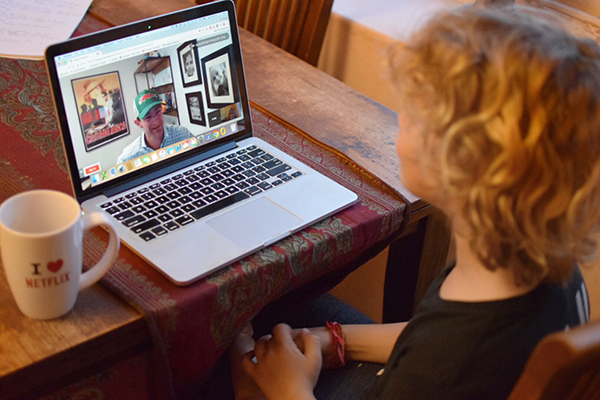 I love with Netflix that you can watch a whole series all at once. Like Mr Peabody & Sherman, Kulipari and TrollHunters, they were all so good my little sister and I watched them in a couple of days. What new series for kids do you recommend we should watch next?
So glad you and your sister are enjoying our programming so much! I agree, it’s hard to stop Trollhunters once you start. If you haven’t seen it yet, I would suggest checking out A Series of Unfortunate Events, The Adventures of Puss in Boots or Legend Quest next. They’re all different genres, but I think they’re all very entertaining.
I’m going to check out Legend Quest right after we talk. It’s about Mexican mythology, , right? The sugar skull characters look cool.

My mum and dad love that there are so many shows that have an educational aspect, and my sister and I love that they are fun. We often talk about what we’ve watched with them afterwards. Is that something Netflix does on purpose to keep parents and kids happy?
Absolutely. We strive to create shows for kids that are enriching while also being entertaining. We want you to watch a show like Julie’s Greenroom and be inspired to learn more about the arts, or check out Project MC2 and want to learn more about HTML and technology. We also like making shows that are pure hilarious entertainment, like Buddy Thunderstruck, which just launched in March 2017.

Mum and I also love watching all the great original Netflix food shows together. The ones like Chef’s Table and Cooked, which was especially awesome. Do you plan on more food shows on Netflix? How about one for kids? I’ll host it for you!
You’re not alone. Cooking shows are one of the most popular genres for kids and
families to watch on Netflix. We will definitely be adding more great ones, including some that star kids.
Great, when do I start? Just kidding!

What’s your favourite Netflix Show, Andy?
I love all of them like I love all of my children but I have to say that Trolhunters is my personal favourite.
Mine too!

The most important question of all, since you ARE the expert. What’s your favourite TV Snack?
I like to have food that’s a little healthy, like fruit. Maybe strawberries and grapes, because if I’m snacking on something like M&M’S, I get so engrossed watching the show that I’ll eat them all, so I try to keep it healthier. I have three daughters. Riley’s 9, Anna’s 7 and Molly’s 3 and I asked them their favourites. Anna said pizza, Molly said ice cream and Riley said she’ll eat anything while she’s watching TV. What’s your favourite TV Snack, Raff?
I like that when we binge watch Netflix shows, mum gets creative and comes up with cool dishes to go with what we’re watching, like her Troll Market Rocky Road and Yoda Soda. She’s promised something special for my sister and I to eat while we watch Legend Quest.
I need to up my game. That’s creative.

Thanks for your time Andy.

Disclosure: As a member of the Netflix #StreamTeam we received a year’s subscription to Netflix, and while I will be posting regular updates about the service, and the tasty treats we scoff while we’re watching it, all opinions expressed will be our own.