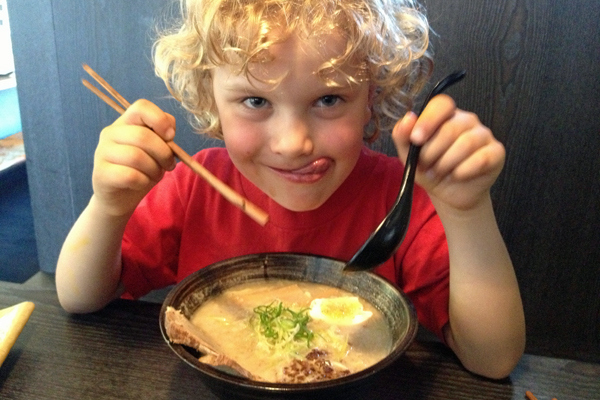 My hairdresser is so cool. I really like her because she has awesome tattoos and always puts crazy colours in my hair when she cuts it. She also knows a lot of great places to eat so when she told us about Wagaya Tapas Newtown, I begged mama to take me.

The only problem is that we couldn’t find it. We drove past it twice before we spotted it around a corner. Mama saw it first. She’s good like that.

The restaurant is up a lot of stairs and there are all these booths that look like ninjas will pop out of them with katanas.

There’s also a big net on the ceiling that looks like a Spiderman web. I think that’s for the ninjas to trap people.

They also have iPads. There are no games on them but they have something better. Magic food. You just pick what you want, click on it and people bring it straight away.You don’t even ask the waiter. And you can keep ordering more and more and more. Mum says this is dangerous with me around because I eat more than a sumo wrestler. 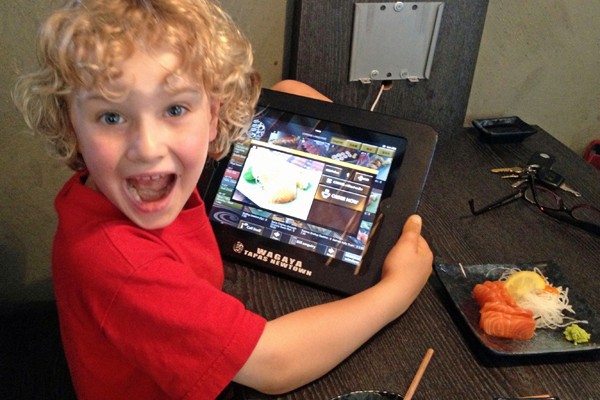 I love Japanese food and the food is so, so, so good. We tried salmon sashimi, seared beef sushi and my new favourite, spider rolls. They aren’t really spiders though, they are soft shell crab and I ate all the legs and claws and they were so yummy. 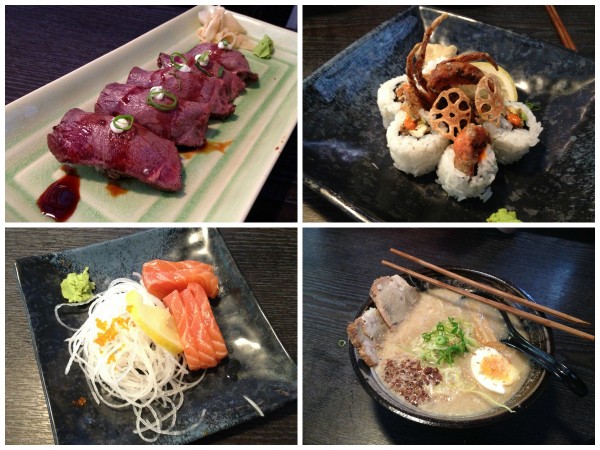 We also had some ramen (tonkatsu pork) because it was there. And if there’s ramen I have to eat it. It was pretty good too.

I wish our iPad at home had food on it so I could just tap a button and mama would fetch whatever I felt like it.