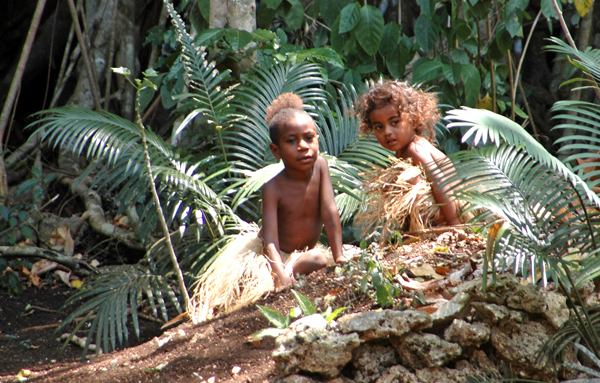 I holler in fright as a half-naked warrior leaps out from the undergrowth. Two more suddenly appear from Efate’s jungle armed with spears and arrows that are pointed directly at our heads.

Now, I don’t like to make assumptions (and by ‘don’t’ I actually mean it’s my hobby) but, given the scowling faces and life threatening stance, surely one could be forgiven for thinking that these dudes are a little miffed at our intrusion. 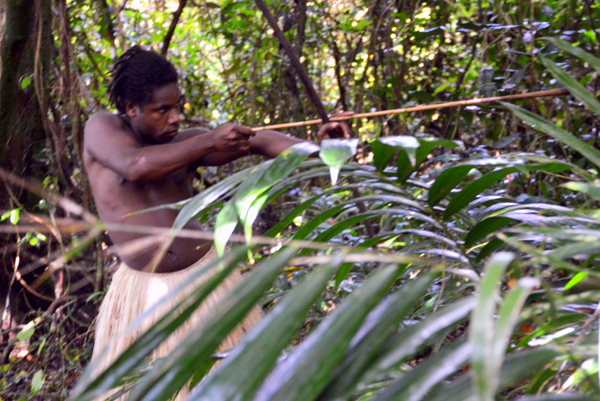 Given the only thing even remotely weapon-like I’m carrying is a plastic spork from Sugarpuff’s left over lunch, they obviously expect us to yield. And that will be their undoing.

“Hiyaaaa” screams Raffles as he launches into full ninja fighting stance ready to take them on. The tribesman look at each other in confusion. After all, a small blonde nutjob, arms and legs flailing as he spins and postures in their general direction, is both unexpected and quite a spectacle. Fortunately any impending ninja v. native battle is defused by the arrival of the giggling chief who is here to welcome us into his village. 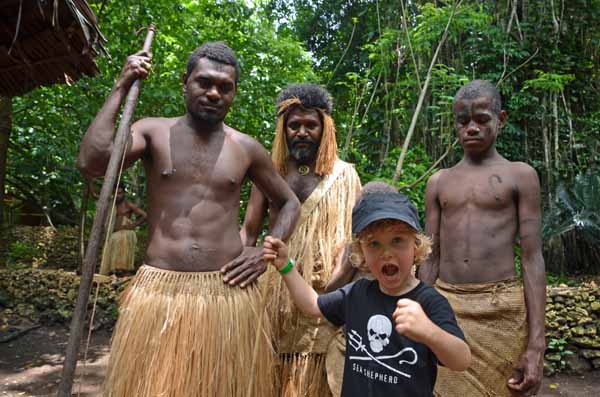 The heart-stopping, pant-soiling welcome is just part of the experience of Iarofa Cultural Village with kids, located in Vanuatu’s family friendly resort filled capital, Port Vila. Good job too, given the ni-Vanuatu people still practised cannibalism as little as 50 years ago, and Raffles is the perfect size for an afternoon snack. 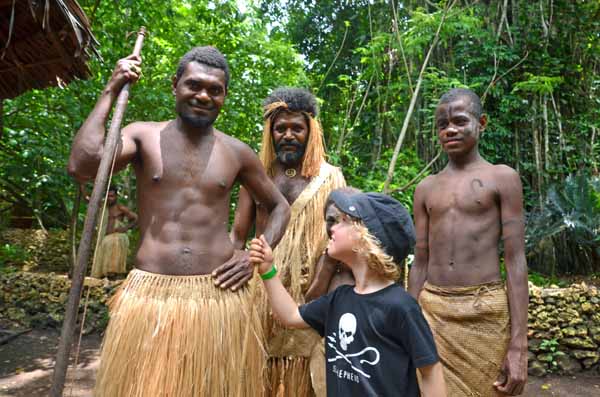 The village chief and his friends, once they’ve stopped pointing and chuckling, offer us an insight to the traditions of the indigenous people of Vanuatu through demonstrations of local customs, dancing, hunting, medicines and of course, cooking… from baking yams to roasting up a whole human with banana leaves in an earth oven.

Now that’s a recipe I won’t be sharing.

We watch as the villagers walk on hot coals and make nets from spiders webs. 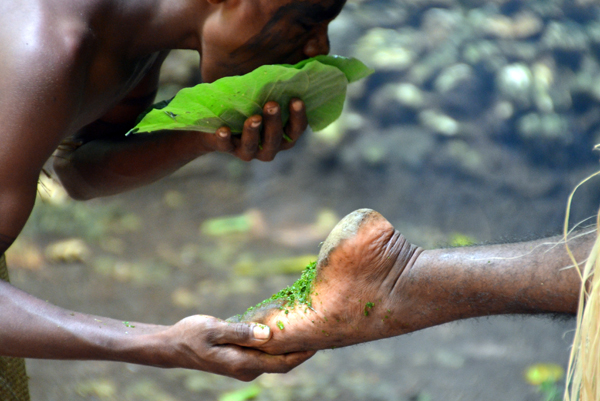 Mr Eats World and I listen to more tales of the island’s fascinating but occasionally gruesome history as Raffles runs off to play with a couple of the  local kids. 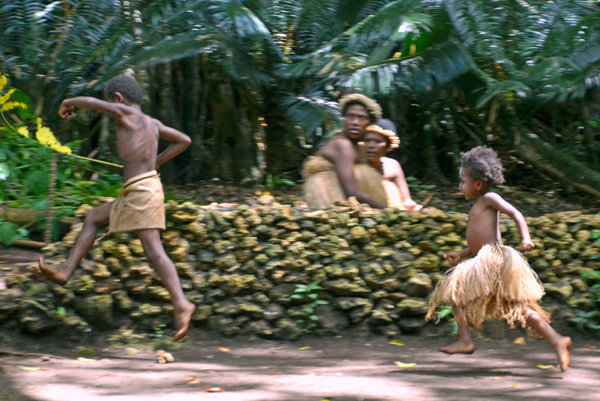 Raffles is having a blast but I can’t help but keeping one eye on him,  just in case his new pals are tempted to wrap him in a kid-size banana leaf and start noshing on my tasty wee ninja.

It’s been a fun and educational afternoon and as we depart we spot a busload of tourists coming up the path for the Iarofa Cultural Village experience. I hear the rustling of trees as the tribesmen prepare to launch themselves screaming at the unsuspecting visitors. One can only hope that, along with their cameras, they’ve all packed a change of undies.