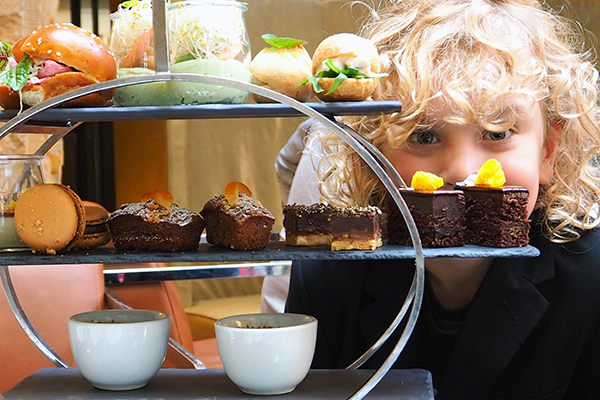 The Intercontinental Sydney is really beautiful and really old. There are cool stone arches that go up for floors and floors and awesome lion statues everywhere as well as super enormous lanterns hanging down in the middle. It feels a little but like we’re sitting in a castle waiting for the Queen or something but we’re actually waiting for food.

It is school holidays and mama has brought me here for a special foodie feast, the Valrhona Chocolate High Tea at The Cortile. Valrhona is like the best French chocolate ever. I know because my friend Rebecca taught me all about it. Anyway, the hotel has designed a special high tea using it as the main ingredient. BRING. IT. ON.

My eyes nearly popped out of my head when they brought out the high tea stand because there was so much yummy looking stuff on it… and that was before the nice lady told me there was still more to come.  Epic! 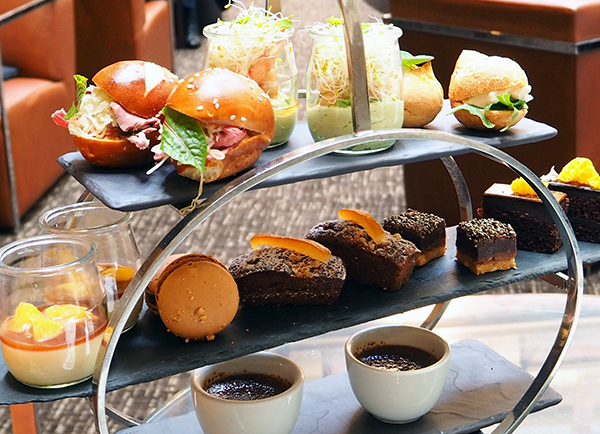 We had to start with the top row of cold savouries. I gave these an 11 out of 10. The Chicken (with tarragon & mayonnaise) and rare roast beef (with sauerkraut, chipotle & aioli) rolls were amazing. I’d love to know why mama cant make my school sandwiches taste that good. Seriously. There was also a Thai Spiced prawn and avocado pot that really surprised me because I don’t usually like avocado all that much and this stuff was magically delicious. 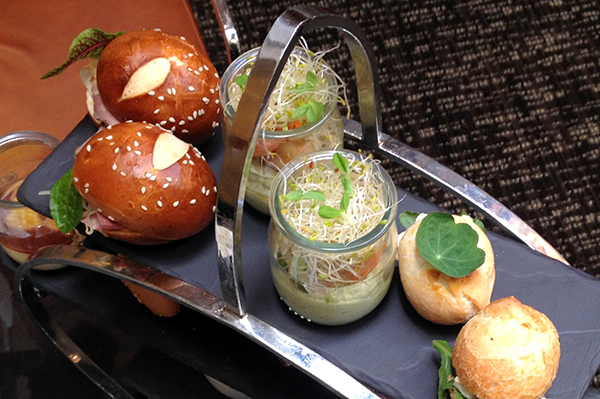 My favourite from the hot savouries was a Moroccan vegetable roll that tasted just like a tagine wrapped in pastry! So, so good.

Please don’t tell my Grandma but the scones that came out next were even better than hers. They were so fluffy and light and crusty on the outside. 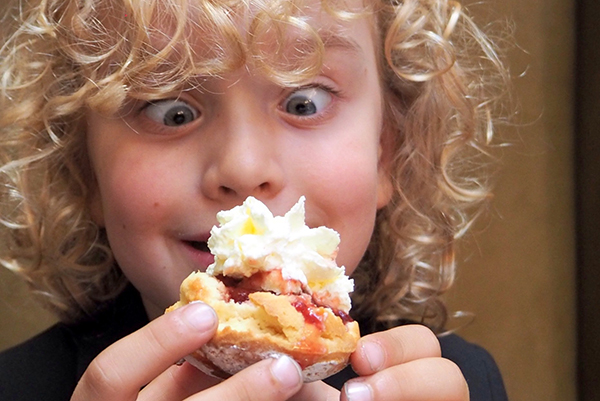 And the strawberry jam was full of whole strawberries. I had to eat my mamas as well because she is on a diet. It’s called the Raffles diet. It’s not that she has to be on one… it’s just that she doesn’t get to eat anything because I steal all her food.

I washed the scones down with a really strong and yummy hot chocolate and then it was time to hit the shelves full of Valrhona yumminess! 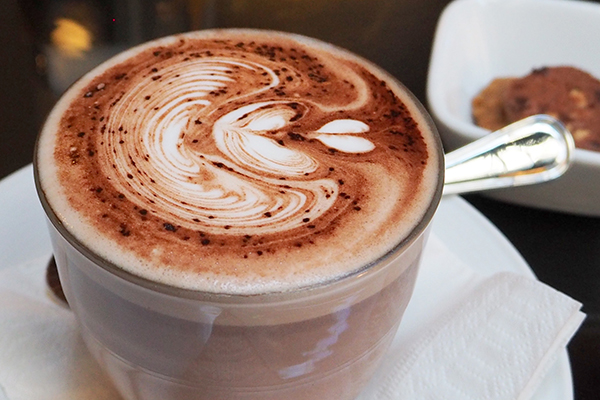 But not before my mama murdered one of the epic Snickers-bar inspired French macarons by dropping it on the floor. (you can’t take me anywhere…)

The (orange Guanaja) chocolate cake was really rich and topped with a puff of delicious crispy orange and real edible silver! It was probably my favourite of the chocolate desserts. 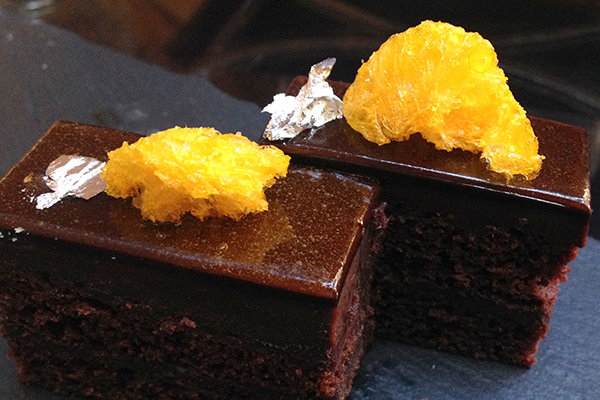 Mama’s favourite was the (Valrhona Manjari) chocolate macadamia financier which came with this really amazing candied orange that popped with flavour in our mouths.

There was also super yummy peanut butter chocolate bar with popping candy, a deliciously creamy panna cotta with caramel, and a spiced dark chocolate crème bruleé that tasted like Christmas.

By the end of our high tea mama was bursting but I’ve got a few spare stomachs and still wanted more so I ordered an extra slice of raspberry chocolate log to go. Mama says my stomach is definitely bigger than my eyes. I don’t know what she means!

Disclosure: Raffles & Mama Eats World were guests of The Cortile.