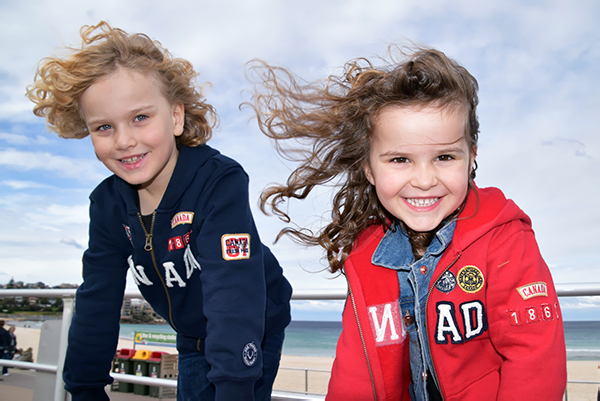 After our big trip to Japan, our bank balance wasn’t all that agreeable to the idea of a winter school holiday break. And we’d accepted our school holiday fate when the Crowne Plaza Coogee Beach came to our rescue!

So emphatic was the answer to that question that we packed Terry-Lulu, grabbed the kids and were fanging our way into the Crowne Plaza Coogee Beach car park before our emailed reply would have even hit their inbox.

So, on the last weekend of the holidays, we found ourselves checking in to a spacious Ocean View Room with pretty seaside décor in shades of beachy blue and sandy yellow. 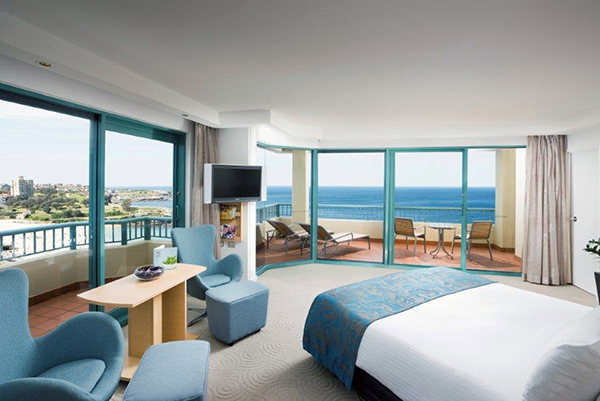 After the ritual selection of beds (which mostly just consists of the kids leaping up and down on them maniacally) we step onto the spacious private balcony overlooking Coogee Beach, sparkling invitingly in the winter sun. 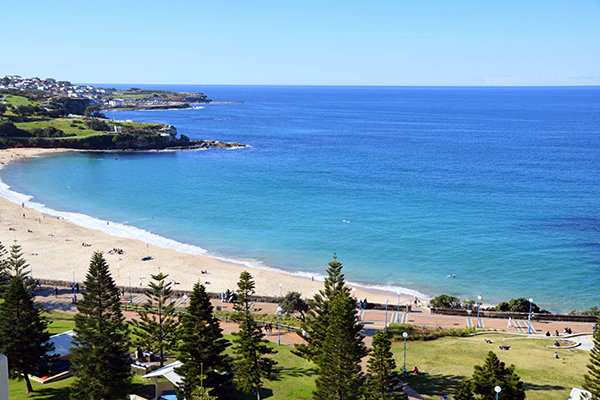 A giant plastic bucket and spade set that has been left as a welcome gift for Raffles and Sugarpuff catches their eye and seals the deal, we’re heading straight to the beach – while their Mama makes a mental note that there’s also a nice bottle of red to come back to. 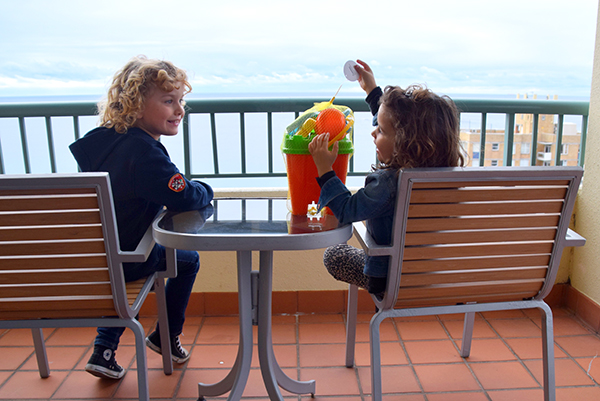 Now this may not sound like the most practical thing to do in light of an expected ‘Arctic Vortex’, but someone forgot to tell the sun that and Coogee is showing off a little with skies so blue one could be forgiven for thinking its summer – perfect for a spot of sand play. 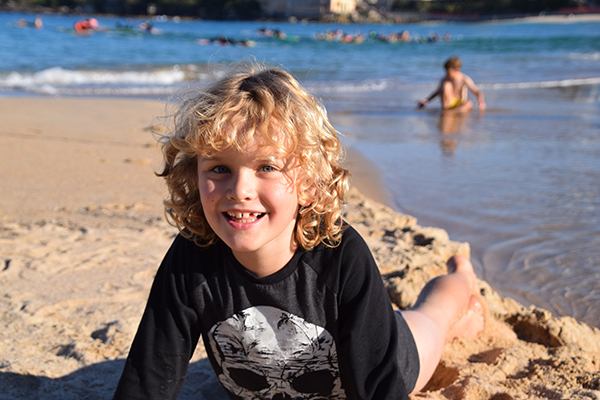 At least that’s the plan, but so warm is the sun that Raffles and Sugarpuff, oblivious to the season, are stripping off and splashing in the water before I can say “nudist”. 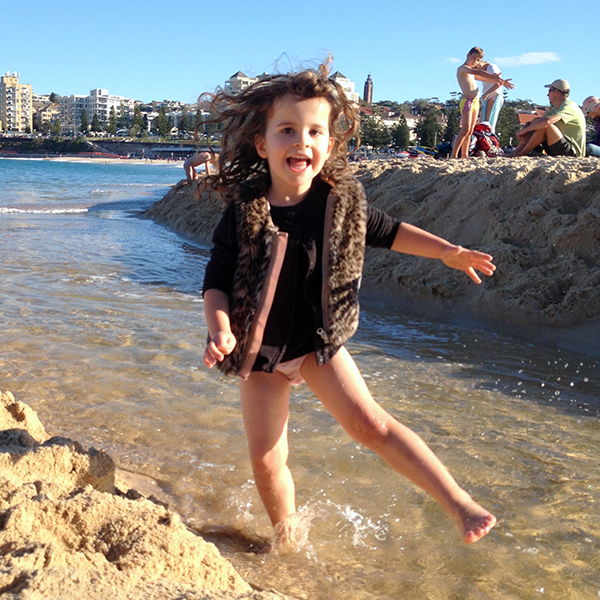 Not only do they end up losing their gear but also an entire afternoon as they play happily in the glorious golden sand. 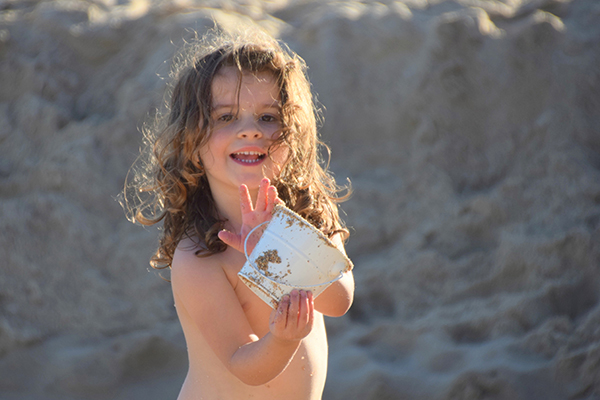 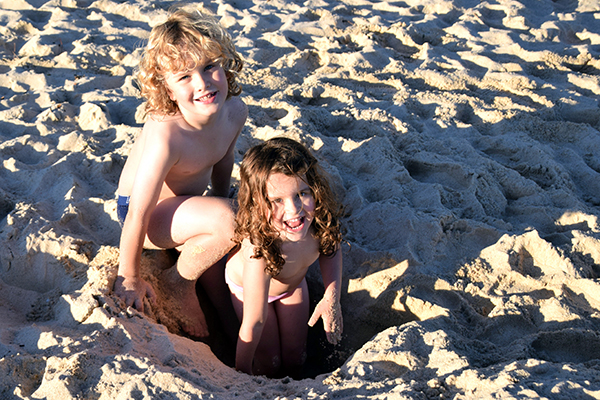 After de-sanding our offspring in a bubble bath back at the hotel, we head back down along the beach to the iconic Coogee Pavilion. 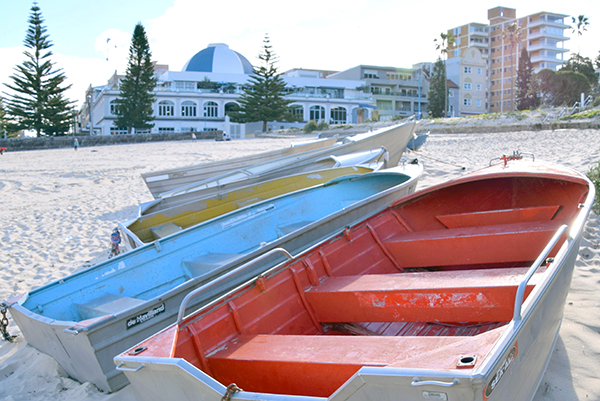 There’s something relaxed and unpretentious about Coogee, and though this is part of Merivale’s collection of salubrious establishments, it is the most laid-back family friendly eatery I’ve stumbled across in an age. The back of the ground floor is a sprawling indoor playground complete with table tennis tables, giant board games, wall scrabble, petanque, and building blocks. 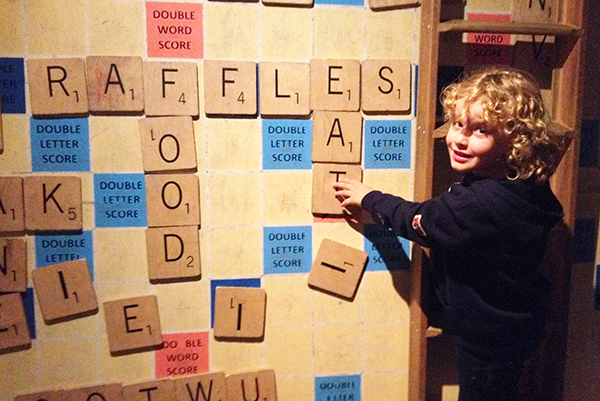 It is quite literally swarming with happy children and happier parents relaxing over coffee or vino in the surrounding comfy couches and armchairs.

As one would expect from a Merivale establishment the food is excellent. From fresh sashimi, succulent seafood and delicious looking meats on the grill to wood-fired pizzas, as well as a pretty good kids menu (for normal children). Raffles of course nixes this and decides to go for a fiery Hell’s Bells pizza topped with enough chilli to put hair on his seven-year old chest.

We head back to our hotel via the ice-cream shop to help revive our chilli-numbed tongues and settle in to our hotel room for the night with a family movie in-bed, feeling more than a little bit smitten with holidaying in our own city.

With an insatiable appetite for food and travel, Raffles has become something of a breakfast buffet aficionado, and he is well impressed with the brekky offerings at Crowne Plaza Coogee Beach’s Bluesalt Bar and Restaurant. 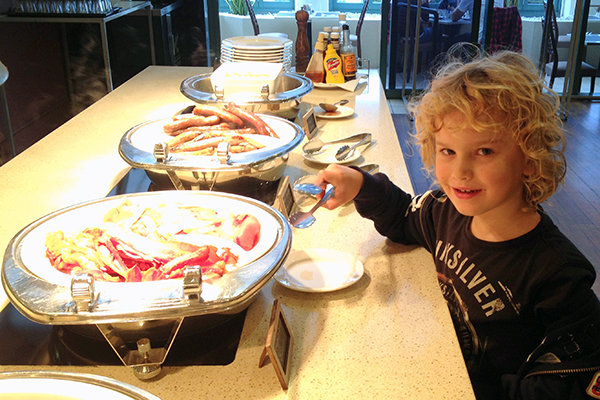 We sit back and envy him his metabolism as he devours a plate of crunchy chocolate croissants, blueberry Danish, crusty bread with brie and smoked salmon, some fresh natural yoghurt stacked with fruit, freshly squeezed juice packed with his favourite fruits and a generous chunk of ginger… plus a massive plate of Eggs Benedict, dripping with Hollandaise sauce. All of which get the thumbs up from our wee compactus.

Before he actually eats a hole in the space-time continuum, we drag Raffles away from the buffet to further explore the hotel which, along with boasting the best position in Coogee surrounded by spectacular coastal walks, beaches, playgrounds and parks, boasts a gorgeous swimming pool area and a tennis court which we promise to revisit later that day. 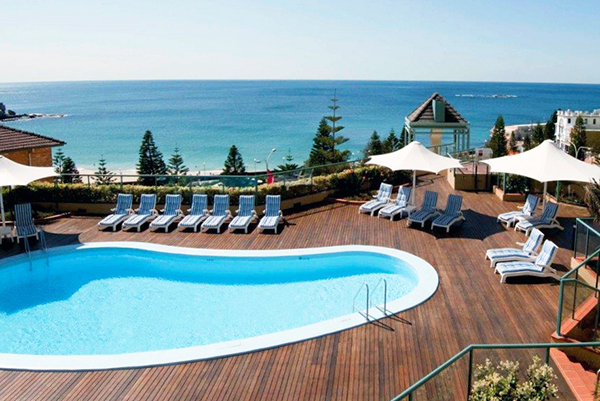 But for now we’ve promised the kids we’ll take them to neighbouring Bondi Beach for a little ice magic at Australia’s only beachside ice rink! 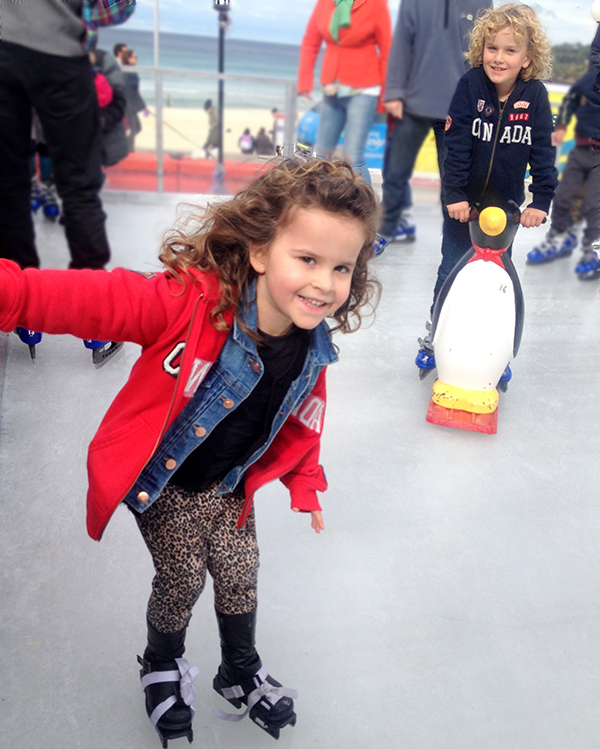 The kids slip and slide joyously around the rink for an hour before we let them lose for a run along a near empty Bondi Beach. 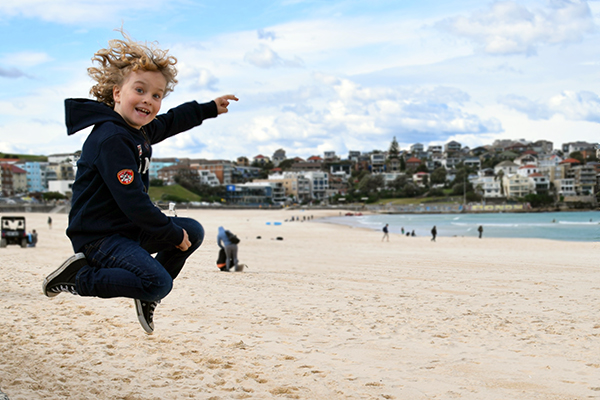 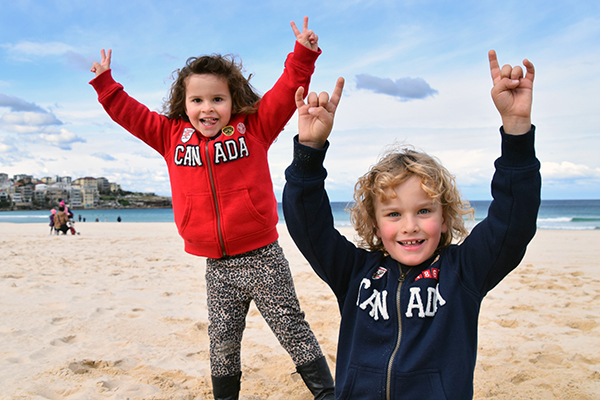 Then its back to Coogee for lunch on the beach where Raffles is so busy watching out for seagulls that he fails to notice his hungry sister pinching his fish and chips. 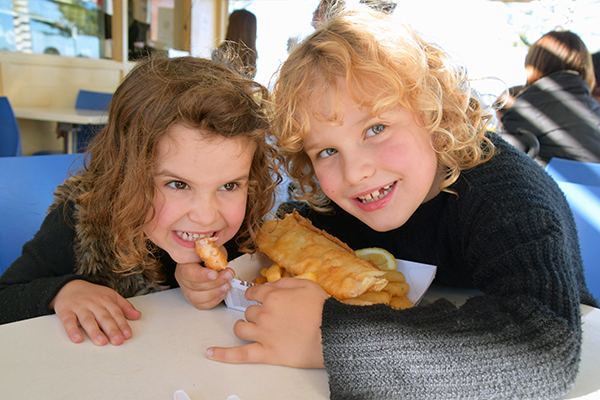 And once again the kids manage to lose another carefree few hours exploring and playing in the sand. 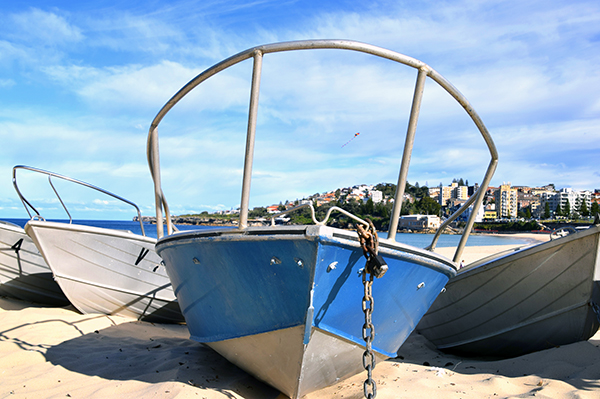 There’s no rush and no pressure, just two delighted kids, their very relaxed parents and a couple of seagulls. Bliss. 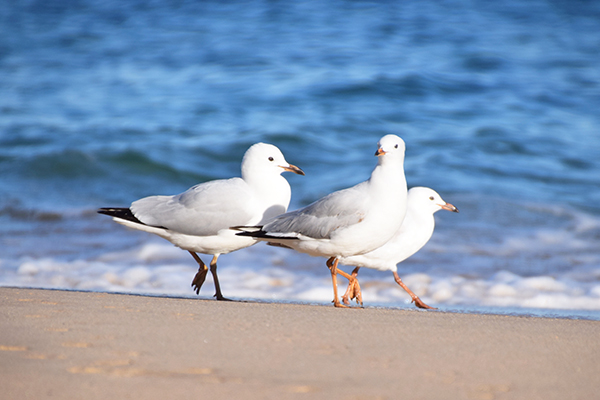 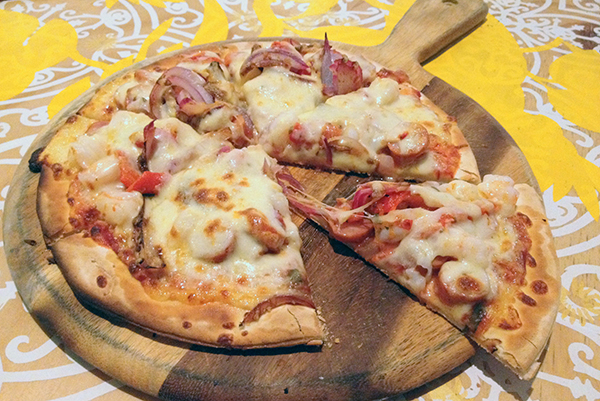 But we decide to skip dessert at the restaurant in favour of heading back to our guest room. It’s not that we don’t like dessert we just want to slip into our PJ’s and order cake and ice cream from room service so we can graze on it slothfully in bed while we watch Masterchef. 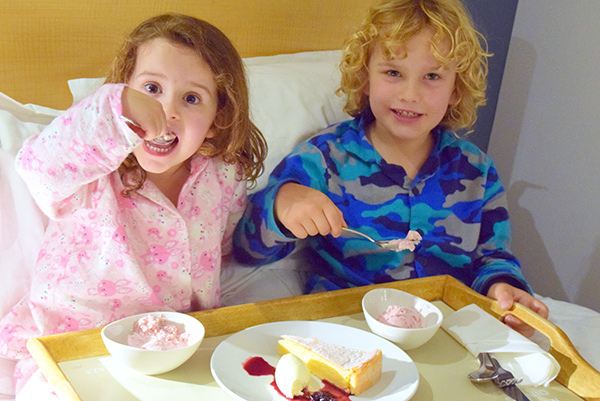 We may have only travelled 20 minutes to get here, and while the quick transit and blissful absence of the “are we there yets?” are a definite highlight of our Staycation, so is discovering that holidaying “at home” can leave us just as relaxed and recharged as a holiday away.

22 Comments on A Coogee Beach Staycation