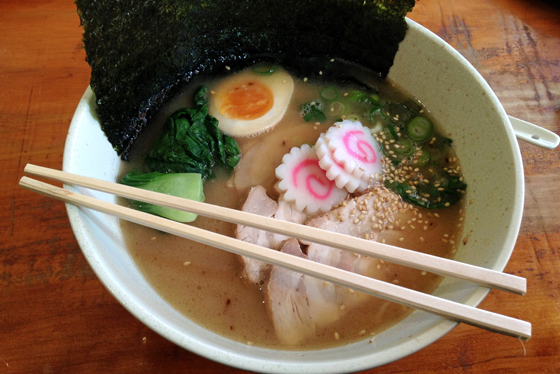 The last time I tried ramen noodle soup it was pretty rubbish and I didn’t like it much so when mama told me she’d had ramen four times in three days when she was in Tokyo, I thought she was weird. So today she took me to Ryo’s Noodles for lunch to set me straight.

She said that people say Ryo’s Noodles has the best ramen in Sydney and if I didn’t like it here I wouldn’t like it anywhere. There was a huge queue to get in but luckily we got there early and were first in-line! We walked through curtains to go inside and it was really small and really yellow. Everything on the walls is written in Japanese which I liked. It looked like somewhere ninjas would eat.

Mama ordered the ramen in soy sauce flavoured soup with roast pork, egg, shallots and nori. I wasn’t so sure about it at first. The squiggly noodles looked yummy but the soup was cloudy and had lots of bits in it. But I gave it a try and after just one mouthful I decided that I wanted to eat it every day for the rest of my life. It’s awesome. The soup was the best I’ve ever eaten, the noodles were delicious and the pork was so, so good. She was right. Ramen rocks. 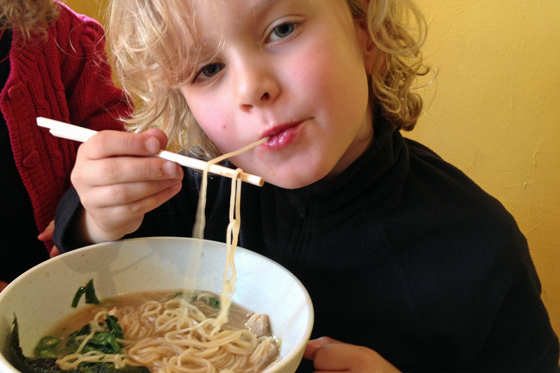 We also got the crunchy chicken kaarage. It was even better than the kaarage mama makes at home. Mama doesn’t want me to say that but she’s not allowed to change my words. Hers is still really good though. 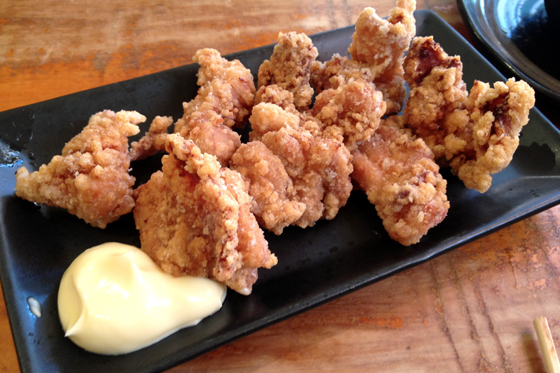 I had to try the gyoza because I love them so much and the ones at Ryo’s were juicy and delicious, but I like mama’s better. Not really. I’m just trying to make her feel better. These ones were awesome. 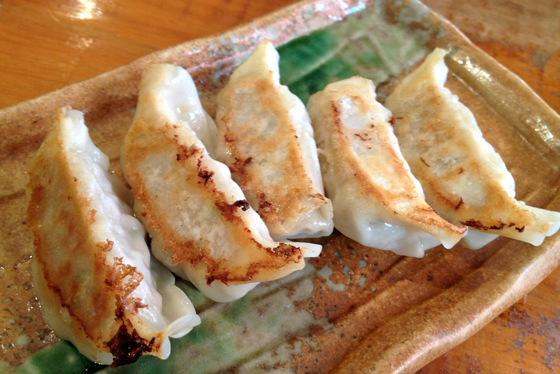 There was also a rice triangle thing that had bits of roast pork through it and was wrapped in nori. It was a bit like sushi and it was pretty good too. 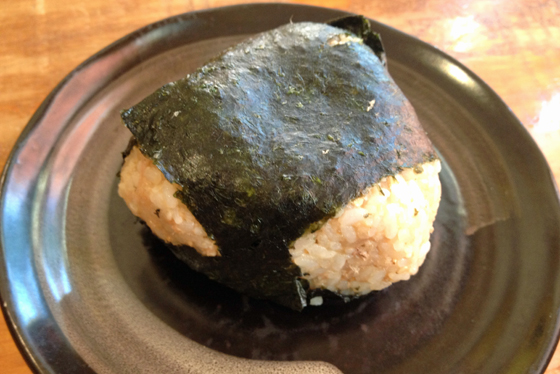 The best thing about Ryo’s is that it’s just around the corner from us so we can eat there all the time. Maybe we could even go back for dinner tonight.