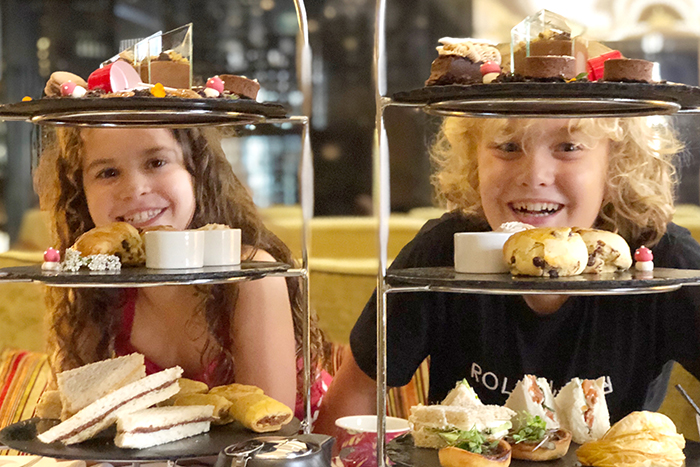 Radisson Blu Plaza Hotel Sydney is one of our favourite hotels in Sydney, not just because it’s fabulously five star or that it is in a cool old sandstone building that is an easy walk from Circular Quay, but because they make killer high teas!

Seriously, this place has a high tea for just about everyone. There’s a traditional high tea, a gluten free high tea, a vegan high tea and a kids’ high tea. Man, they even have take-away high teas if you feel like indulging on the go. And, as if that wasn’t already enough, they’ve gone all Willy Wonka and added an awesome new Chocolate High Tea to the menu which is… well, scrumdiddlyumptious.

Before our ginormous towers of food arrive mum selects a cuppa from the enormous tea menu but my sister and I go for hot chocolate… because there’s no such thing as too much chocolate, right? 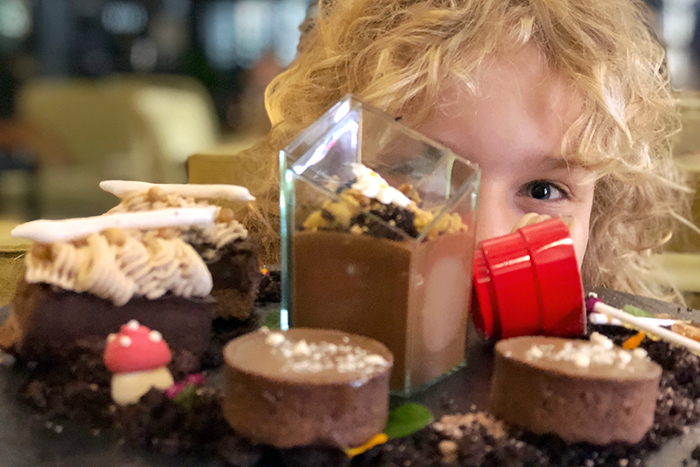 Inspired, I think, by Willy Wonka’s Chocolate Garden, the three-tiered tower of chocolaty awesomeness is garden of chocolate dirt with chocolate mud cake, Oreo macarons, caramel popping candy tarts and velvety chocolate mousse growing out of it, plus passionfruit lollypops planted and served with a little zingy surprise. 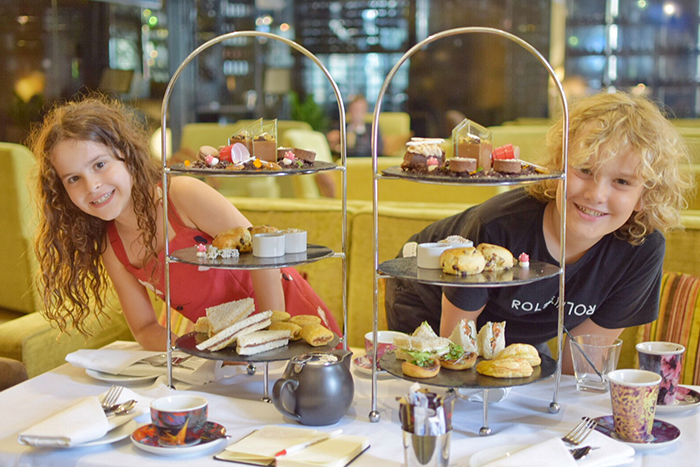 But, when it comes to high tea, you’re meant to start at the bottom.  So, we ignore the epic chocolate garden and begin on the savoury course. There are salmon and cucumber sambos, a rocking mushroom quiche and curry puffs that had like a zillion crispy layers of flaky pastry and a filling packed with flavour, but not so much that it overpowered the other more delicate dishes. 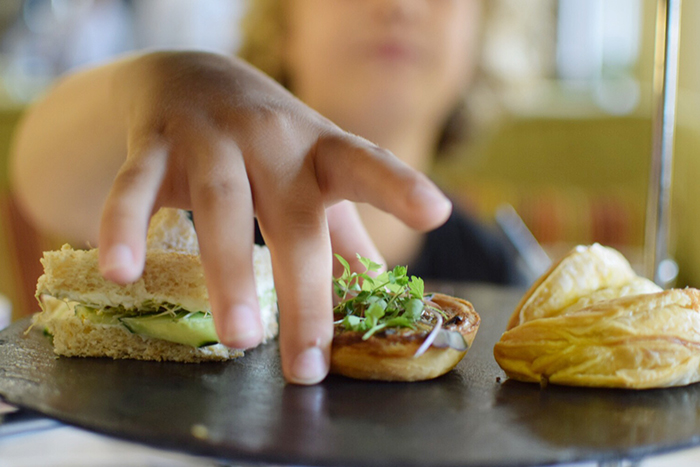 Sugarpuff’s kids’ Chocolate High Tea had a slightly different starter selection but she raves about the sausage rolls and meat pies then gobbles down a couple of Nutella and peanut butter sandwiches for good measure. 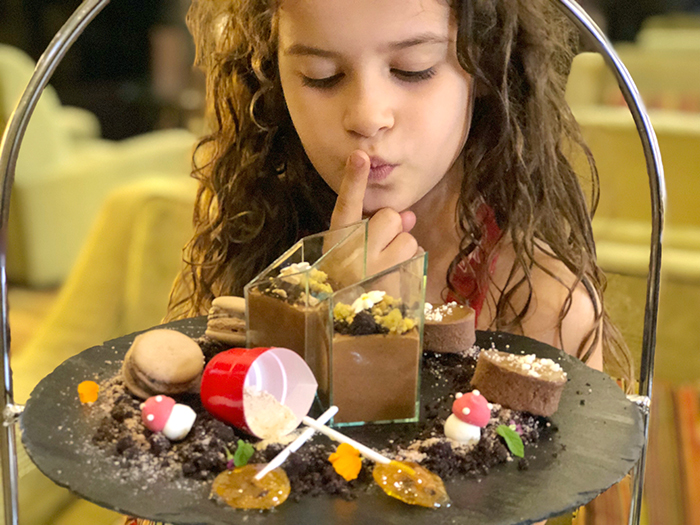 Then it was time for the chocolate chip scones with cacao cream and strawberry before diving face first into the garden of cocoa delights. OMG! My mouth was in a frenzy as I devoured all the different flavours and textures of chocolate before exploding with popping candy and whizz fizz. 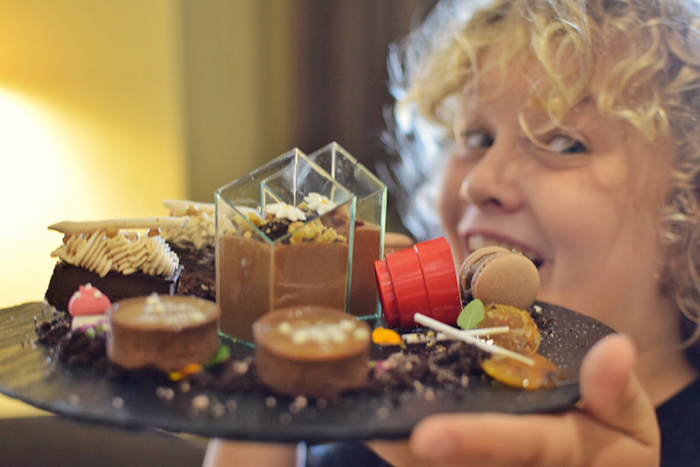 I wish I could explain how amazing everything was, but I don’t even know how to spell the moaning sounds my sister and I were making as we hoovered it all up. But I can assure you they were loud and happy!

Willy Wonka may have sung “There is no life I know to compare with pure imagination” but the chefs at the Radisson Blu Plaza Hotel Sydney have actually run with it. And don’t tell Mr Wonka but I reckon their high tea is the real golden ticket.

Reviewed by Raffles – Aged 10
(bracketed comments by his mum)

Disclosure: Raffles was a guest of Radisson Blue Plaza Hotel but all chocolate scoffing, Willy Wonka-ing and opinions remain his own.