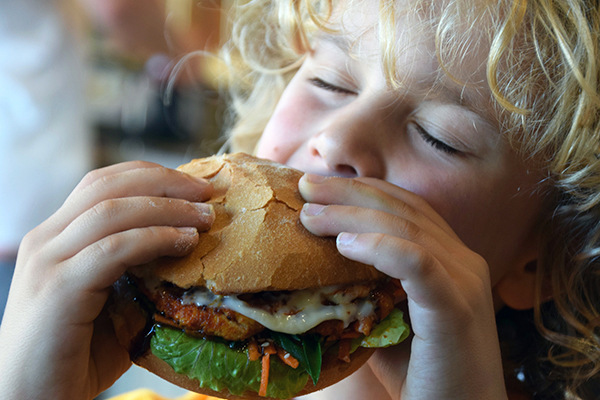 My first visit was a total disappointment! Not because the burgers weren’t awesome but because my mum would only let us try three of the 19 different kinds, each of which represents a different country! No fair. But to make up for it we went back for another three a couple of days later. 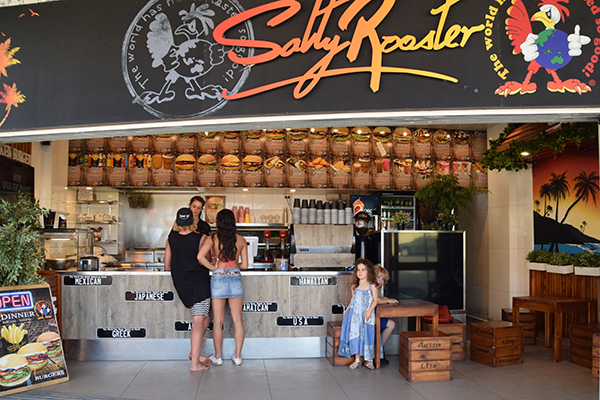 Each one of them was so good I’ve made it my mission to eat my way through the other 13. Then I’ll start all over again. 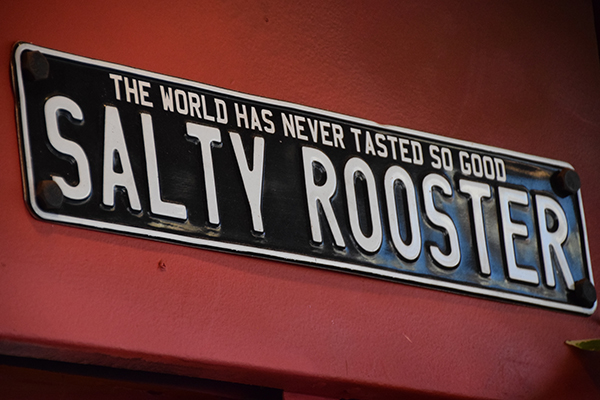 Something I noticed after eating six of these babies is that the actual chicken is pretty much the same on each. The owner, Jimmy, is not only the nicest man, like ever ever, he’s a total genius with chicken and has come up with his own special chicken recipe that is completely delicious on its own but still goes with loads of other flavours. And that’s when the burger magic happens. 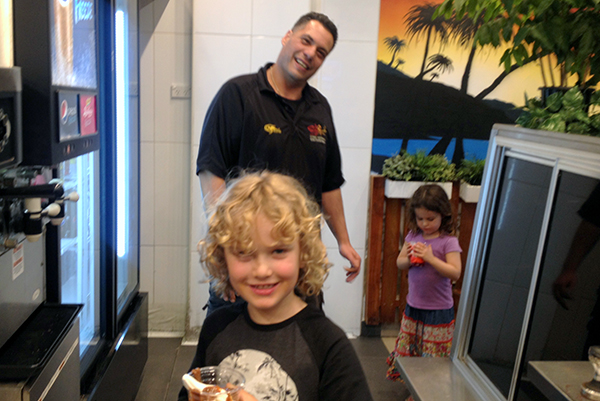 I started with a Vietnamese Burger which is kind of like a giant chicken Banh Mi packed with lettuce, cucumber, coriander, leek, plus honey, soy and mayo. It was so epic that I figured I’d peaked early by picking the best burger first! But then I tried the Turkish Burger, which was chockers with chicken and haloumi and this super duper garlicky sauce and it was amazing too. Even my sister’s Narrabeen Burger which just had lettuce, mayo and cheese, was extraordinary. As were the chips, the ice-cream sundaes and my mum’s Caesar Salad, which she practically wanted to marry because she loved it so much.

When we came back a few days later, Jimmy cooked our burgers personally and I don’t know if he has super powers or something but they were even better the second time around!

This time I started with the Japanese Burger, which is definitely my favourite so far. Along with Jimmy’s special chicken it was piled with cos lettuce, shredded carrot, teriyaki sauce, sesame seeds, shallots and mayo. Whoah! 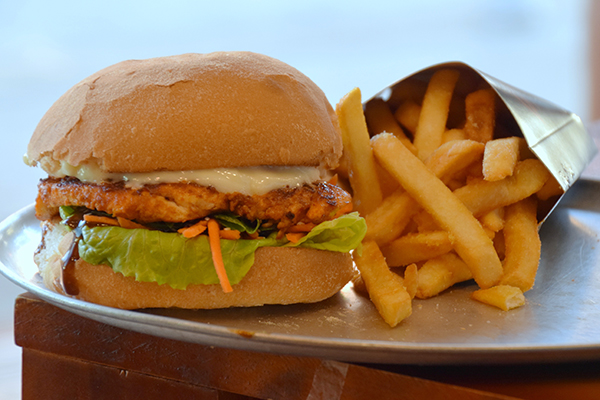 Because the burgers are so big, this time my sister tried a Little Rooster. And she loved it! Mum grabbed an Italian Burger, which had slightly different chicken with a delicious parmesan crust. She even got to eat a little of it before I stole it. 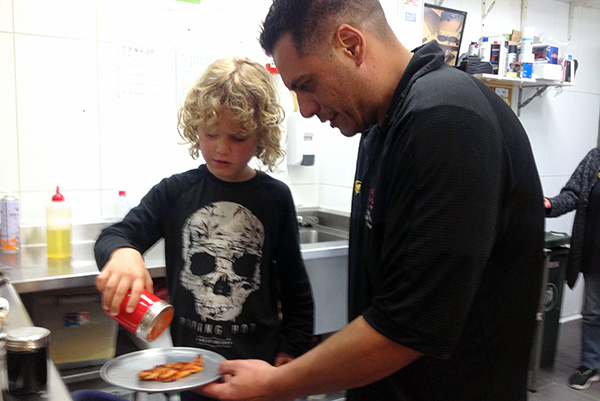 Best of all Jimmy let me go out the back to flip burgers and show me the secret to his perfectly cooked chicken. But I’ll never tell…