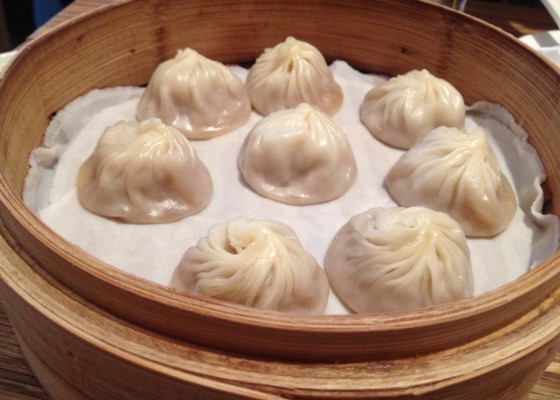 “Din Tai Fung is one of my favourite restaurants because it’s noisy and busy like the places we went to in Shanghai. And because of the dumplings.

There’s something you should know about me. I love dumplings! I can eat more than twenty in one go. Dad says I’m like a pelican but I’m not. It’s just that I like dumplings more than anything and would trade my baby sister for a plate of Xiao Long bao (soup buns).

Din Tai Fung makes awesome soup buns. They’re really soupy and the pork is nice. Mummy likes to eat them the traditional way* but I can’t be bothered with that. I call my technique fire in the hole. This is where I stick the whole thing in my mouth and eat it in one bite.

I also love the shrimp and pork siu mai because they have big bits of prawn on top and soup inside. 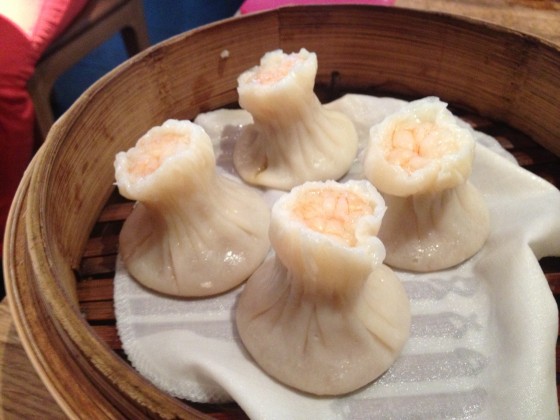 We had something new today called Dumpling Gems, which were all bright colours and different flavours but I only liked three of then – seafood, bolognese and corn. 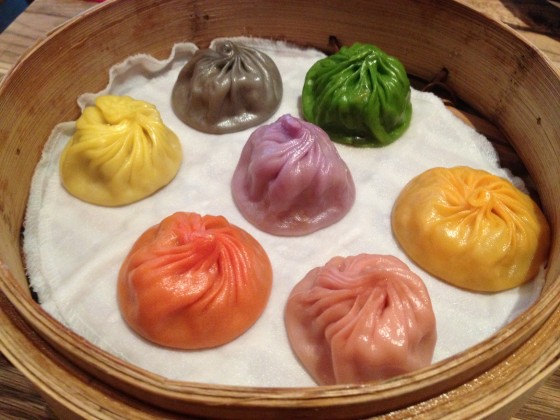 As a treat my mama also bought me a mocktail called a Peach Sunrise which was a bit like a granita and sooo yuummmmy!” 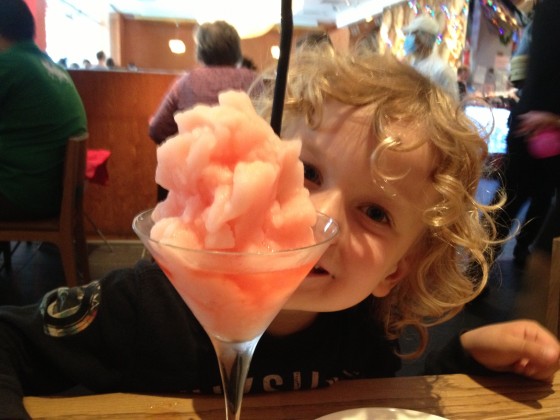 *The traditional way to which Raffles refers is to gently place the dumpling in a spoon with chopsticks. Garnish with shredded fresh ginger, vinegar and chilli oil (if you so desire) then pierce a hole in it so the soup comes out. Drink the soup first then eat the dumpling.