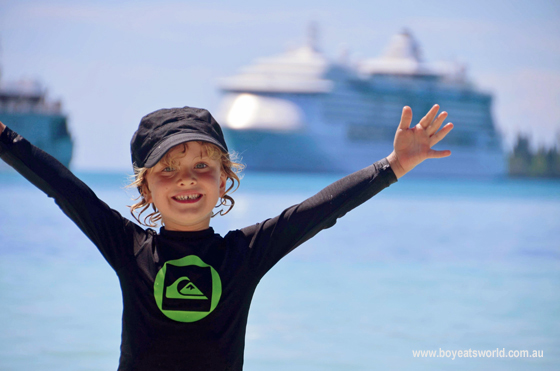 “Avast me hearties, let’s commandeer the ice-cream machine” squeals rapscallion Raffles, as soon as we board Radiance of the Seas. His swashbuckling sibling, Sugarpuff, hearing only the words “ice” and “cream,” draws her imaginary cutlass in readiness to storm the soft-serve station with her roguish brother.

I suspect my small scourges of the seven seas are already excited enough about our nine-day Pacific Island Cruise without topping them up with sugar but we’re on holiday and if a pair of pint-size pirates can’t bend the rules on holiday, when can they?

We quickly check into our surprisingly roomy ocean view stateroom which, as well as a queen size bed and bunks, has a sitting area with sofa which we can curtain off from the sleeping area when the kids drop off. 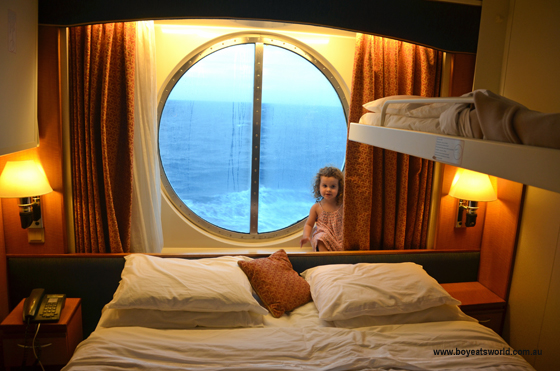 The convenient location about 100 metres from a bar serving perfectly good alcohol is an unexpected bonus. Cap’n Raffbeard inspects his bunk bed (read climbs up and down the ladder before swan diving off it onto our bed) while Sugarpuff checks out the resident wildlife. 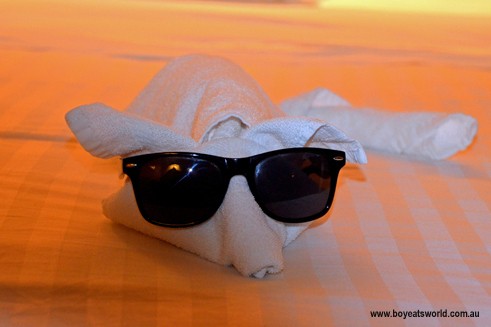 Then we grab our swimmers (we always pack them in our hand luggage so we can hit the pool as soon as we board) and head for the pool… but only after pillaging that ice-cream station. 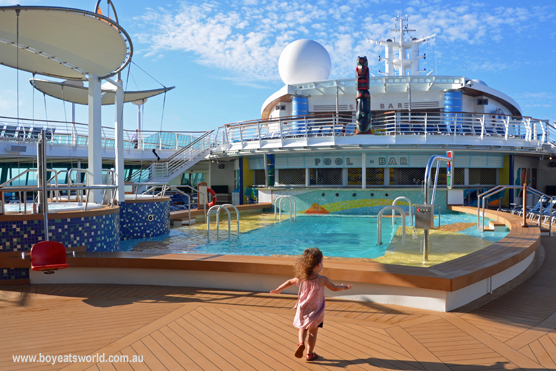 After a refreshing soak there’s still time before we set sail to head off and explore what this gorgeous galleon has in store. Oh, and to grab a tankard or two of rum. Or gin gimlets if I’m being completely honest, as I can’t abide rum, but the effect is much the same. Hic! 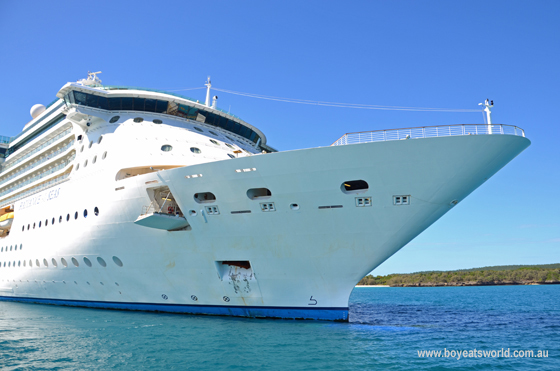 Radiance has too many bars to count and 12 restaurants, including the main dining room where this dashing chap turns heads on formal nights. 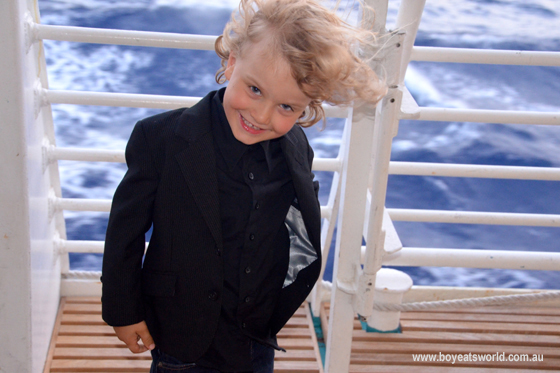 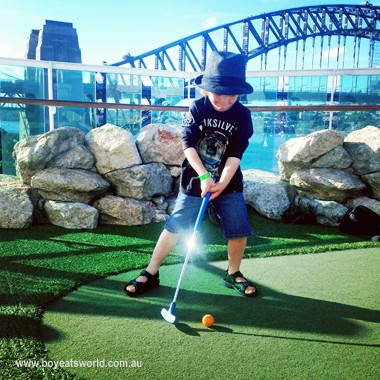 Three swimming pools, one of which is just for kids, and an awesome water slide. 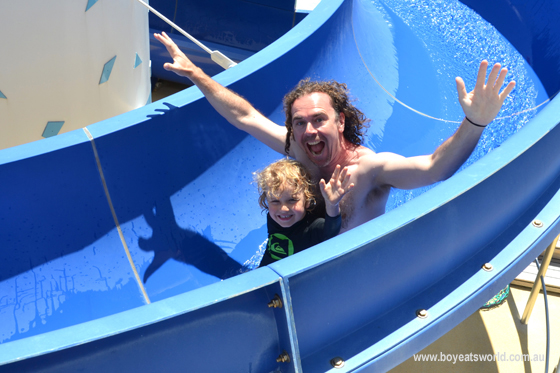 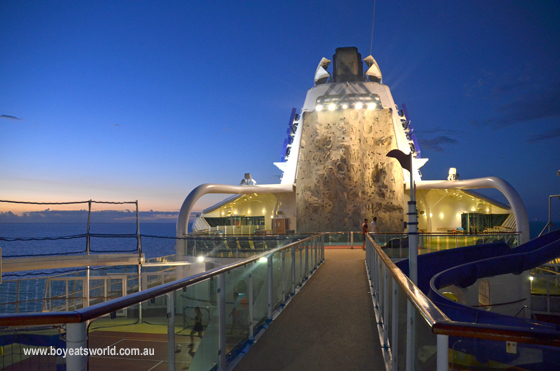 Plus table tennis, shuffleboard and pool tables that are stabilised by a computer-controlled gyroscope that adjusts the table with the motion of the ship! Seriously! Not to mention a poolside movie screen, an indoor cinema, a video arcade where Cap’n Raffbeard acquires a serious addiction to air hockey.

And of course there’s all that pillaging, hornswaggling and keelhauling… if one is so inclined.

On Radiance of the Seas, it is little swashbucklers who rule the waves… and not only because the grown ups are terrified of them. 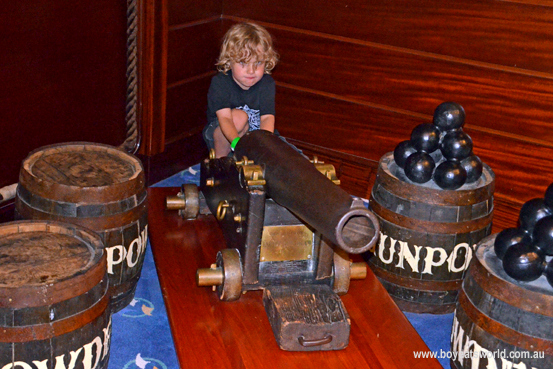 At his request we head to Adventure Ocean to register Cap’n Raffbeard for Aquanauts, one of the five age-based kids club programmes on board. Having visited briefly on another Royal Caribbean cruise he can’t wait to plunder its booty of crafts, toys and games and has disappeared into the expansive play area before I’ve even finished filling out the forms.

Sugarpuff doesn’t miss out on a boatload of fun either, as The Royal Babies and Tots Nursery offers supervised fun for baby buccaneers three-years and under and a Fisher Price toy lending program that allows us to borrow and exchange toys to play with in the comfort of our stateroom.

But it is the kids pool that draws them back again… 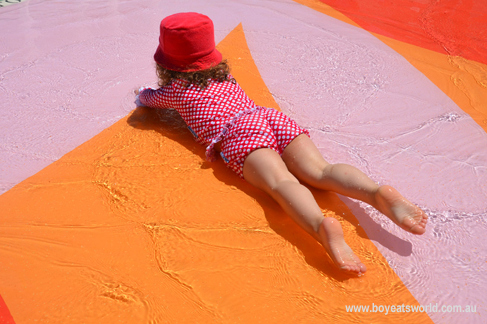 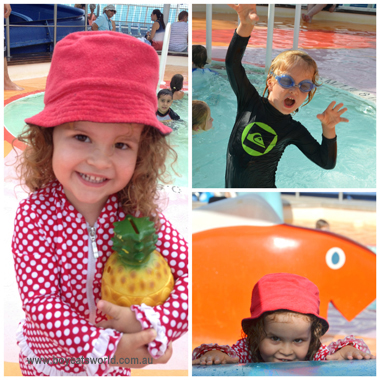 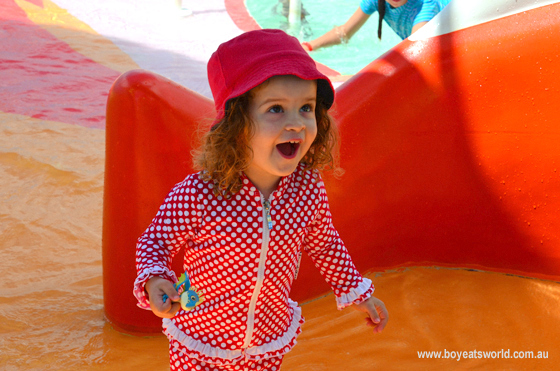 There’s so much to do on this floating resort that it proves a destination in itself, which is lucky because my scurvy seadogs think that heading ashore is for the birds. 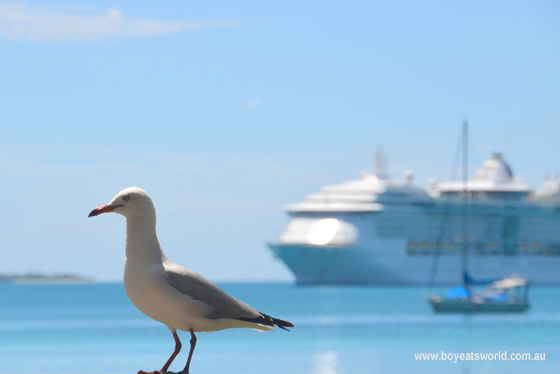 In fact our first attempt at getting our kids back on dry land is fraught with tears! Luckily the Pacific’s pretty beaches, azure lagoons, waterfalls and warriors quickly win them over. 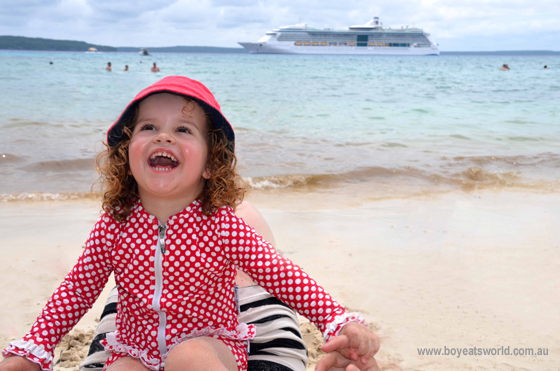 But it is Radiance that is their true love and as much as they enjoy a little landlubbing they are always keen to return for a little interpretative shuffleboard (which is pretty much just random poking of the puck with a stick). 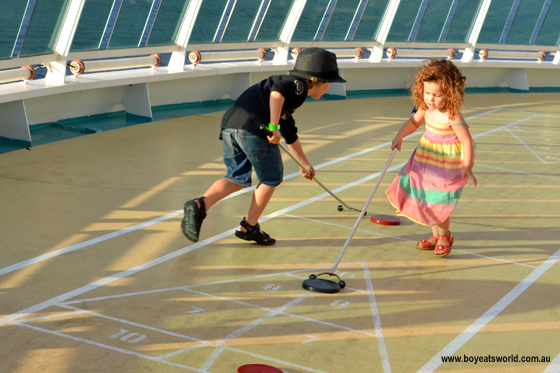 Cap’n Raffbeard and I head off to see “City of Dreams,” one of the ship’s spectacular Broadway style shows. Now, as anyone who’s ever met me would confirm, musical theatre is something that I’d usually cut my own eyes out with a rusty cutlass than sit through. It’s just not my thing. But I find the show enjoyable (leaving with both eyes in tact) and it has my all-singing and all-dancing boy (who, unlike his mother, LOVES a show) jazz-handing his way around the ship for days. 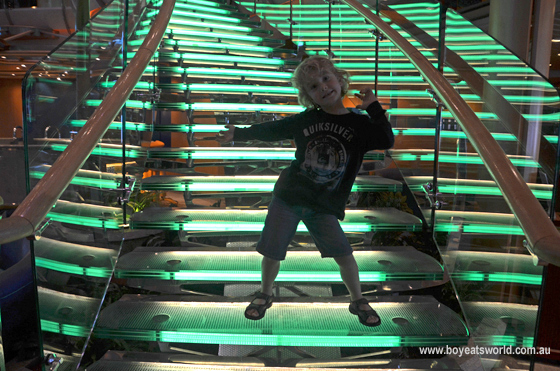 Our night out proves such a hit that my son and I share several more dates during the cruise… which all seem to end with my escort under the influence and rolling about on the floor. It’s like a blast from my dating past. Though admittedly most of those other guys were under the influence of more than sugar. 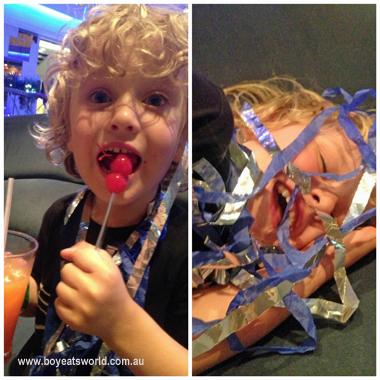 Our final day at sea proves the most memorable as Cap’n Raffbeard is beckoned from his banana chair for an audience with the charming Captain Goran Peterson… which is how I come to witness my plucky pirate, armed only with a balloon sword, storming the bridge. I turn an attractive shade of red and thank my lucky stars that the good-humoured Captain doesn’t lock my mutinous munchkin in the brig. 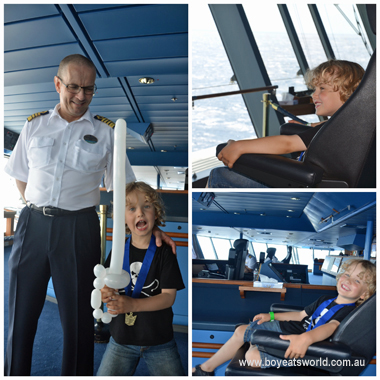 Instead we’re pardoned and allowed to return to the rest of our crazy crew for more laughs and lazing on the sundeck. 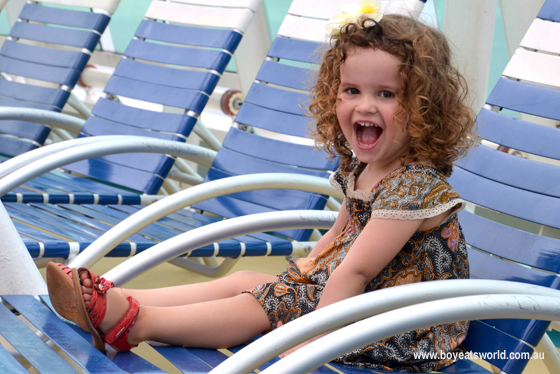 And for another gimlet. Or six. Arrgh!

15 Comments on High seas hi-jinks // Radiance of the Seas