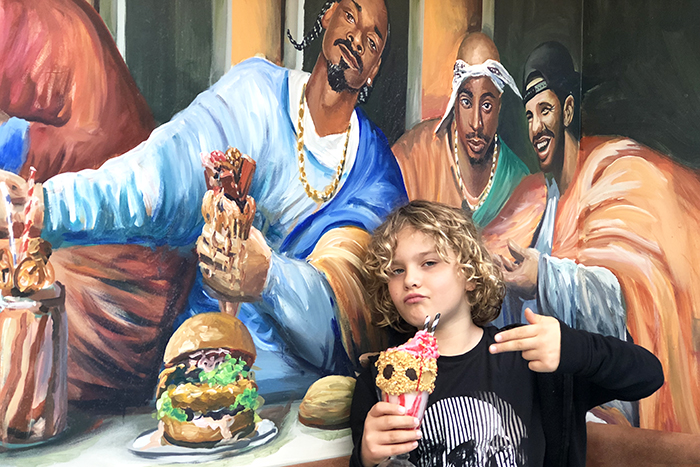 You know, I’ve never met a burger I didn’t like. So when mum told me we were heading to Milky Lane, Bondi’s coolest burger bar, I psyched myself up in preparation for some serious eating. But what I wasn’t prepared for is that Milky Lane isn’t just any ordinary burger joint … something that become glaringly obvious as soon as we arrived to find a queue of people spilling out the front door.

Milky Lane Bondi is popular, and for good reason. I mean, as soon as we settled in at a table under an enormous Last Supper style mural of Snoop Dog and his burger-bearing rap pals, I knew I was going to be in for some epic, over the top shizzle, yo!

It seemed a good idea to start with The PBJ Mega Shake. 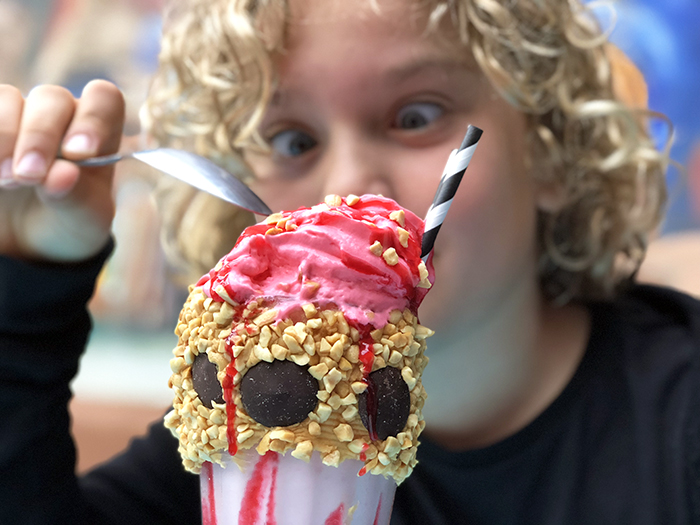 This was probably a mistake. An absolutely delicious mistake. This creation was a blinged-up peanut butter thick shake served in a glass lined with raspberry jelly, peanut butter and chocolate chips, then topped with a fluffy raspberry cream and garnished with a peanut butter cup and liquid Nutella. The only thing missing from this milky extravaganza was unicorns pooping rainbows.

Which meant less room in my belly for burgers. And these beastly burgers were so insanely stacked that just reading through the colossal menu had my stomach quivering in fear. But I’m not one to let a little old burger get the better of me, so I decided to take on two. The Chic-Kanye and the Kevin Bacon. Both fully loaded!

I have to admit, I did have back up, because dad was on standby to help. Although I’m not quite sure how ordering mac & cheese croquettes and locked & loaded fries (beer battered chips topped with bacon bits, shredded cheese, shallots, cheese gravy and special sauce) was actually helpful. 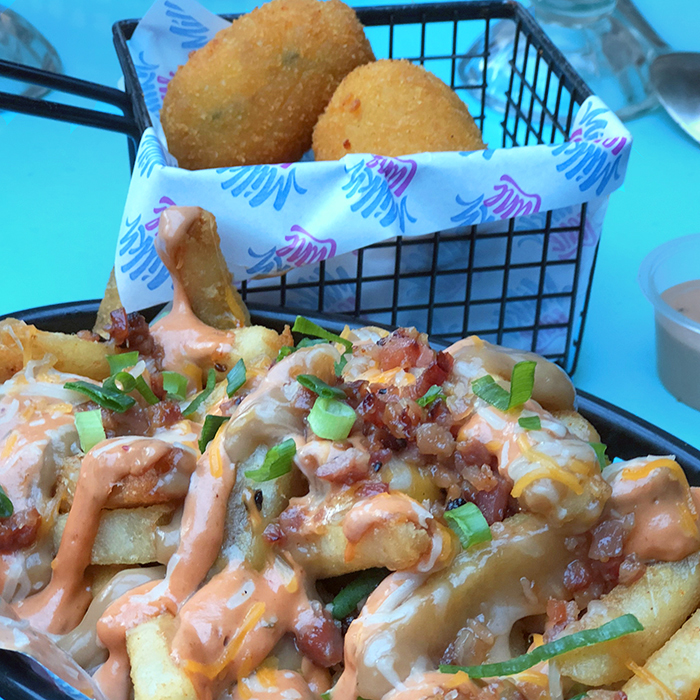 In fact, when I saw our meal coming, I wasn’t sure if we were going to make it out alive. 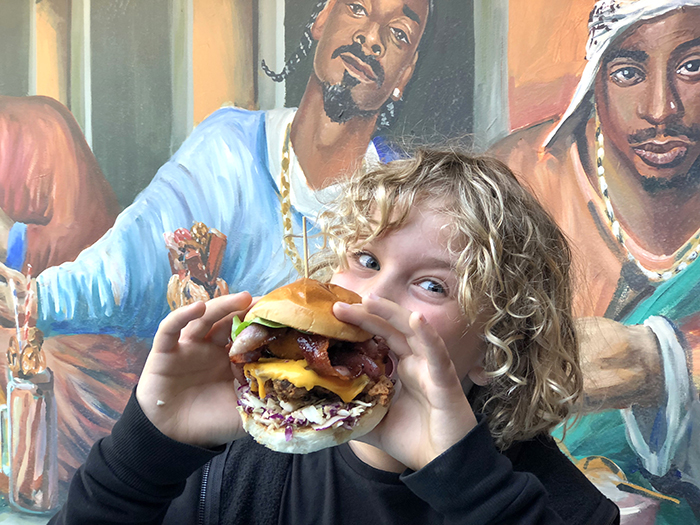 Once I worked out how to actually get it into my mouth, my mind was blown. BOOM! This burger is the bomb. It was crispy, juicy, soft and spicy, and one of the best burgers I’ve ever met.

The Kevin Bacon on the other hand was a tall tower of terror! Imagine triple wagyu beef patties layered with wads of American cheese and bucket loads of double maple smoked bacon smothered in barbecue sauce, truffle aioli, caramelised onions and pickles. 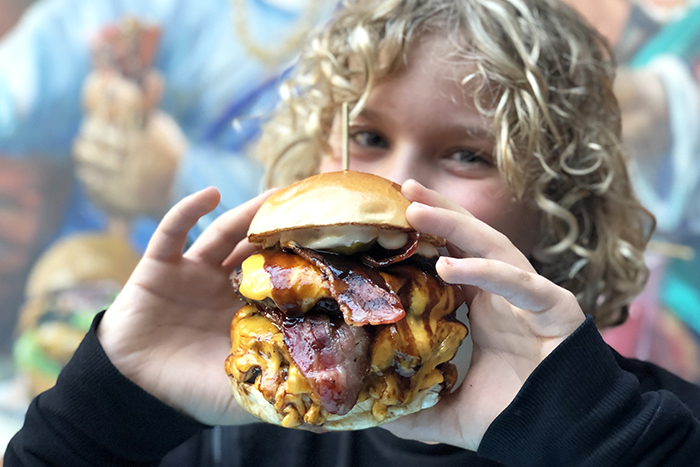 Then imagine trying to eat it. This thing was twice the size of my head, I couldn’t even pick it up let alone fit it in my mouth. And to eat it all after downing a mega shake and a Chic-Kanye would have made it my last supper, because I would literally have exploded.

Dad, who was already filled up on the delicious loaded fries, volunteered to go halves. He’s generous that way. I’m glad I braved it becasue the Kevin Bacon was a thing of meaty perfection. Juicy, cheesy and packed with flavour, I rate it an eleventy million out of ten. And though it did take us a while, we eventually defeated that monster burger.

Or maybe it defeated it us, because I needed a little lie down after the eating frenzy. 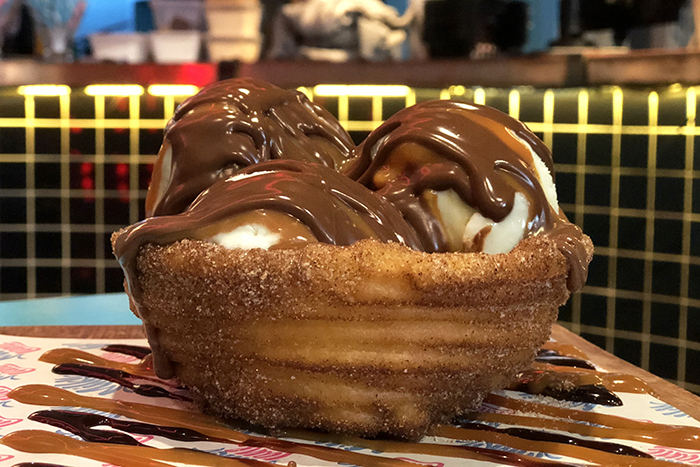 But there’s no rest for the wicked and when a giant fried churro bowl overflowing with coconutty gelato and drizzled with Nutella and salted caramel sauce appeared on the table, I was wide awake and ready for more eating action.

Disclosure: Raffles was a guest of Milky Lane Bondi but all burger bingeing, food coma-ing, and opinions are, as always, his own.