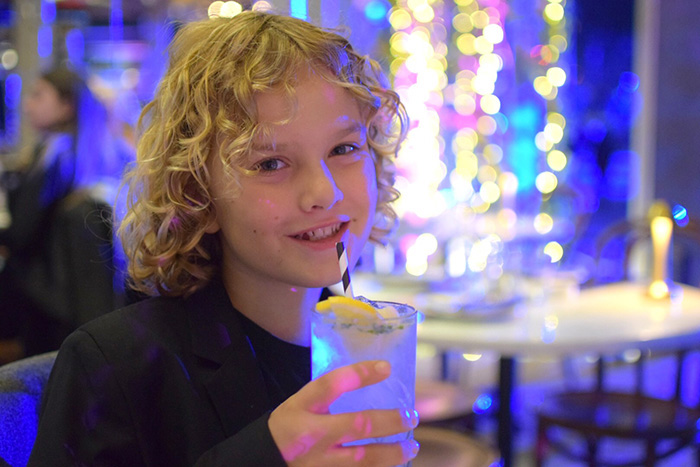 The owners, Michelle and Michael, are my new eco heroes because they are all about serving sustainable seafood and sourcing all their ingredients, even drinks, locally and ethically. Plus they recycle, have banned plastic straws and even their take away containers are recycled and biodegradable.

Michelle, who I chatted to over dessert, is super-duper cool. 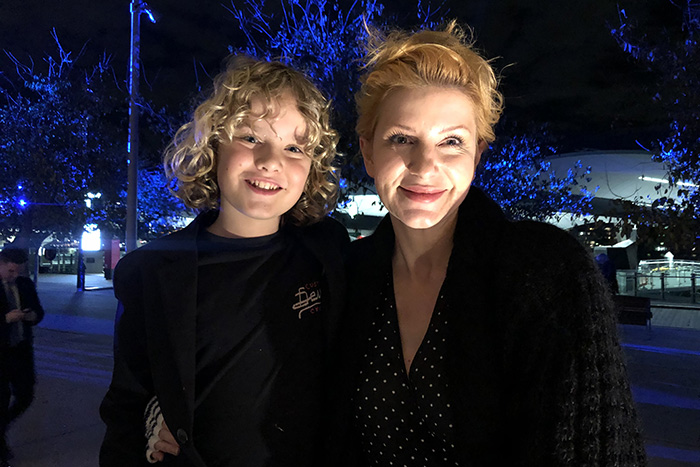 Did you know that only 20% of seafood eaten in Australia is Australian? That’s totally crazy. But she says at Love Fish they put loads of effort into research and choose to support only local fisherman, and fisheries with sustainable methods. She thinks that while no one can get it right 100% of the time, you should at least try. I reckon she’s right.

Love Fish showcases awesome Aussie produce in the most amazing ways. And the staff are dudes! They’re all so chill and friendly, especially David, who looked after me and my mum really well when we visited. There was nothing he didn’t know about the food, which was handy because it all sounded amazing and I couldn’t choose between literally everything on the menu. In the end, I trusted David so much that I let him choose for me. And he nailed it!

Mum and I started with some raw dishes, because what could be a better way to see just how good the produce is. First up was Tasmanian ocean trout tartare served with crunchy bits of apple and a big splat of yuzu, which is one of my all-time favourite things. 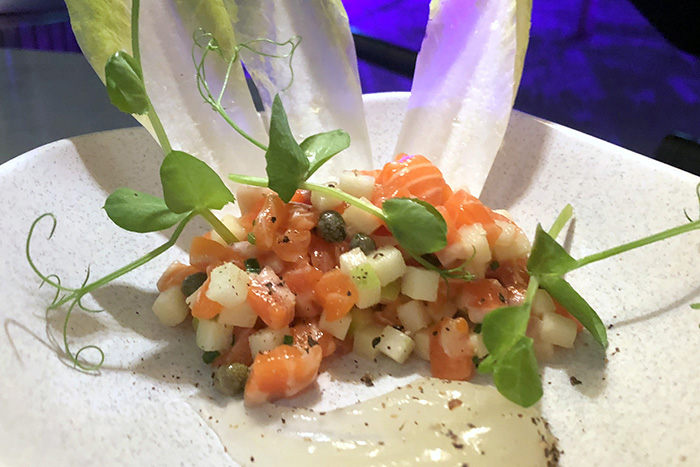 It had these lettuce things (witlof) sticking up like a crown so I shoveled all the bits of trout in them with a big dollop of yuzu. The fish was delicate and creamy and the apple added crunch, but it was the yuzu that brought all the flavours together.

Next up we devoured a plate of yummy citrus cured kingfish. It was served with chunks of pink grapefruit and a quinoa tabouli, which added texture and nuttiness. 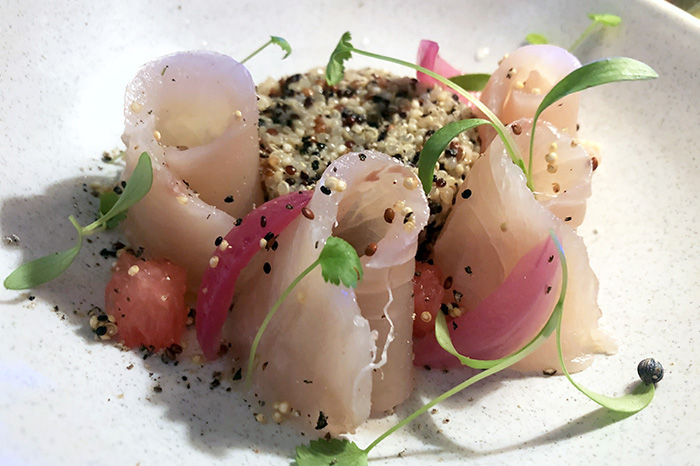 I was worried that we’d peaked too early until we started on a snapper ceviche that sent me off into fishy orbit. I mean the snapper itself was amazing but it was served with this insane guacamole that was a thing of pureed perfection. 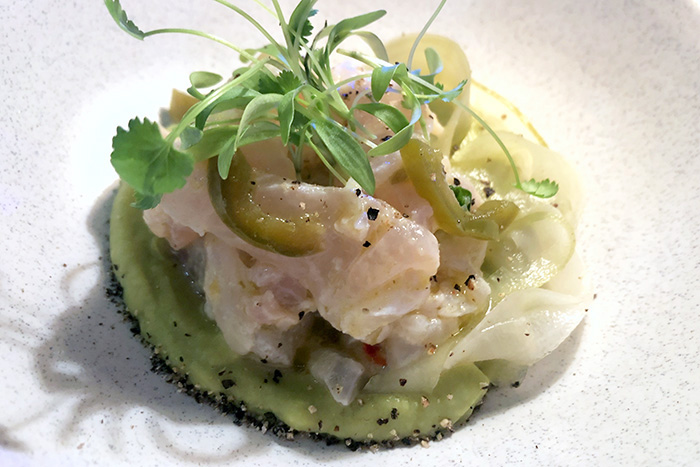 How the heck the chef could turn an avocado and a squirt of citrus into this silky green goodness is beyond me. The dish was finished with pops of spicy jalapeno. Boom!

David recommended that we try the pasta special, a Meredith Goat Cheese (house made) ravioli with lobster bisque, Mooloolaba prawns and fresh basil. Just writing that brings tears of joy to my eyes. 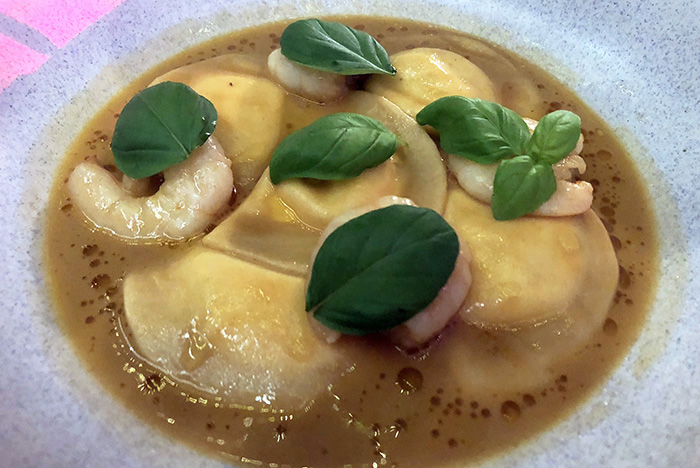 OMG. The broth has all these levels of flavour, and the ravioli dumplings were little pillows of oozy goats cheese heaven. The prawns added another level of awesome. I could have eaten it forever.

Speaking of forever, the salt and pepper (Hawkesbury loligo) squid is the best I’ve had in at least that long! 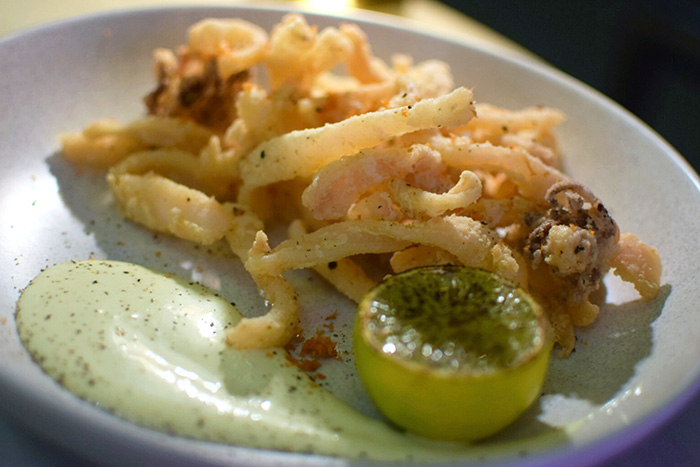 You know how sometimes calamari can be so tough and stringy it’s like chewing on an elastic band? Not this stuff. It was light and tender and came with wasabi mayo and a sprinkle of chorizo powder that gave it a nice punch of flavour.

While most people would have been ready for the bill and a taxi home at this stage – mum, amateur that she is, included – I was just getting started.

I’m not usually big on fried food but decided to try the lightly battered wild red spot school whiting fillet. It was light and super crisp and I loved it. 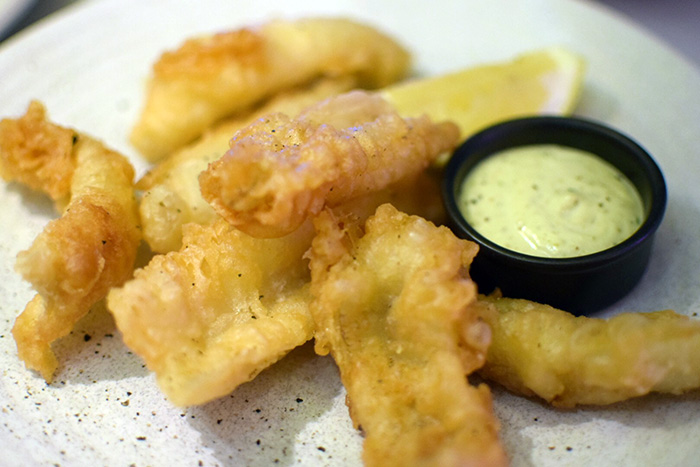 But it was the moist and melty grilled (Cone Bay) barramundi that had me hooked. The flavour was so good that it needed zero enhancement, and although the house made aioli that came with it was really, really yummy, we ended up eating it without. 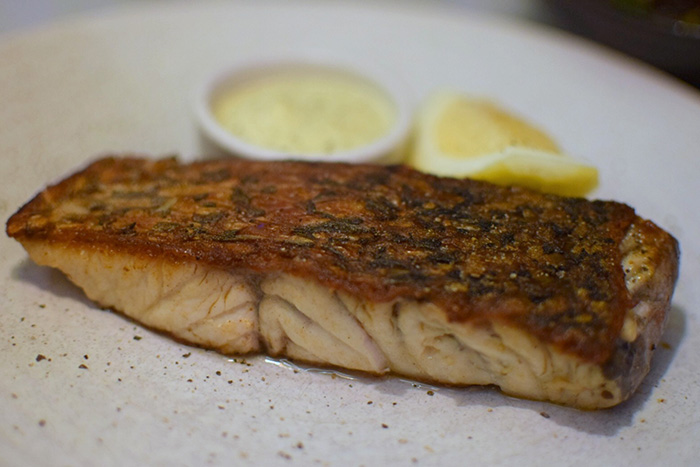 Because too much food is never enough we also had a few sides to complement the fish. The first was a yummy salad of shaved fennel and pear and the second was a plate of Brussels sprouts with caramelised carrot. Who knew Brussels sprouts could taste this good? 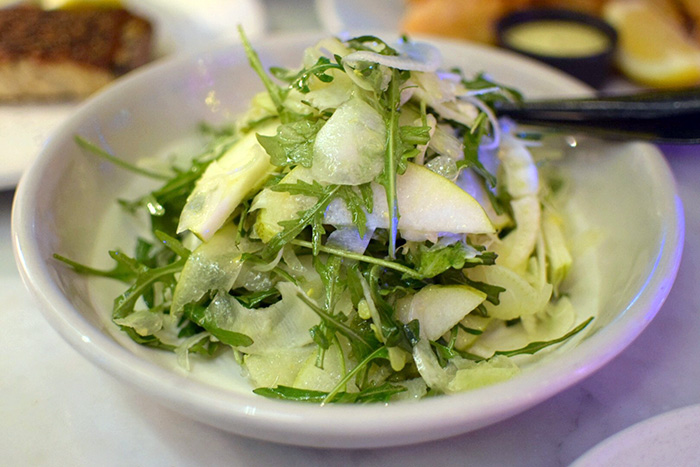 When it came time for dessert, mum found her second stomach because she couldn’t resist the gin and tonic bombe (with torched meringue). She wouldn’t let me have any of the filling  because of the gin in it, but the meringue was delish and if her happy grunts and the way her eyes rolled in the back of her head while she ate it were any indication, I’m pretty sure it was a winner. 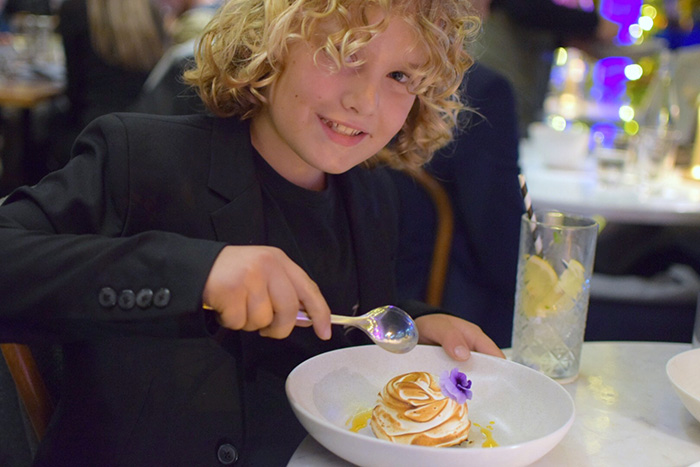 But I can’t imagine how it could possibly have beaten the genius that was my Shadows of Blue Cheesecake. The cheesecake itself was creamy and light with more than a hint of blue cheese and a crumbly biscuit base. It was topped with caramelised walnuts and a pear sorbet. 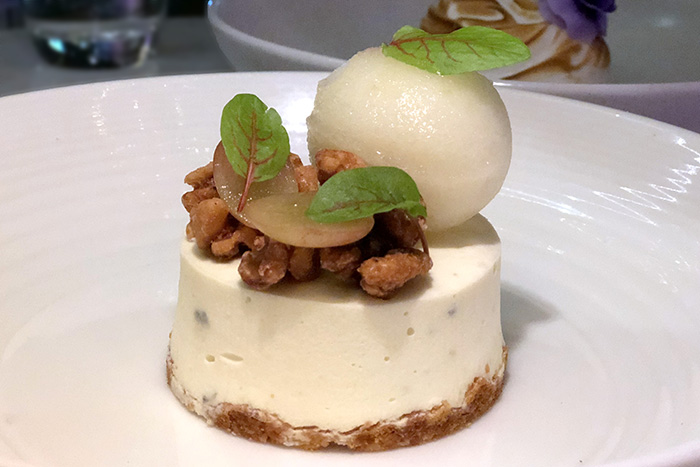 All the flavours together were magic and I have no words to properly describe its perfection. It is one of the best desserts I’ve ever eaten.

And you know, Love Fish may be one of the best places I’ve ever eaten because it has it all – a great vibe, happy customers, cool staff, a good heart, and a menu packed with everything from simple but superb fried fish to more complex and creative dishes.

Now I’ll just have to come back to taste my way through the rest of the awesome menu because I reckon this place is serving up some of the tastiest fish in town.

Reviewed by Raffles – Aged 10
(Bracketed comments by his mama)

Disclosure: Raffles was a guest of Love Fish but all gorging, eco-warrioring, and opinions are, as always, his own.