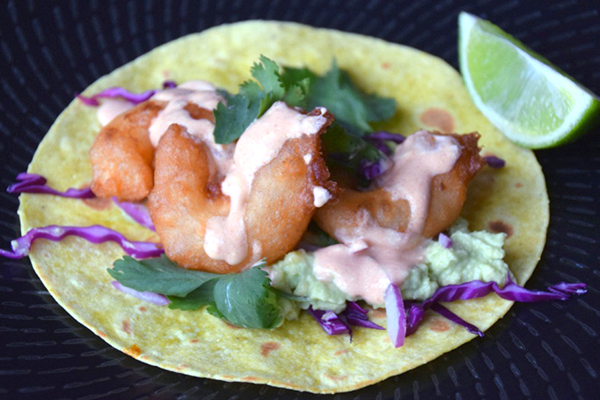 What have prawn tacos with chipotle lime dressing got to do with a kids movie, you may ask? Well not much actually, except that Eats World are partial to both. And, like tacos, animated movie The Book Of Life has a Mexican flavour… with a side of macabre.

You see, The Book of Life is a movie about death… for kids. It’s also Raffles new favourite movie. But not because he’s into the grim or ghoulish, because the film’s “more-is-more” aesthetic runs riot with colour, music, and a carnival like atmosphere. In fact, The Book of Life makes death look like a freaking hoot! 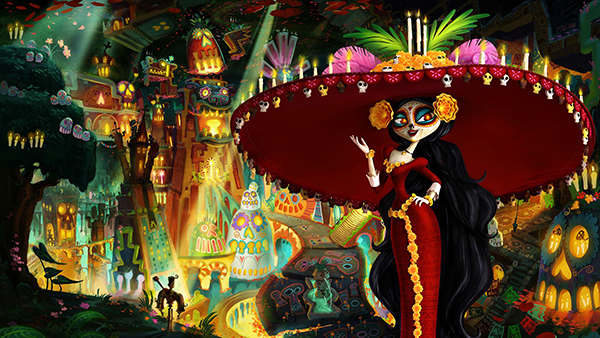 Now, I’m not usually one to plug a movie but The Book of Life but this incredibly unique and colourfully chaotic movie, while not recommended for minimalists, offers an incredible opportunity for kids to learn about Mexican culture… and provides a great excuse to cook up a Mexican feast. Like we need one.

Inspired by the mythology of Mexico’s Dia De Los Meurtos (Day of the Dead) – where people celebrate and remember their dead ancestors with candy skulls, food, candles and music – the movie follows the journey of Manolo, a soulful young matador who is torn between fulfilling the expectations of his legendary family and following his heart. 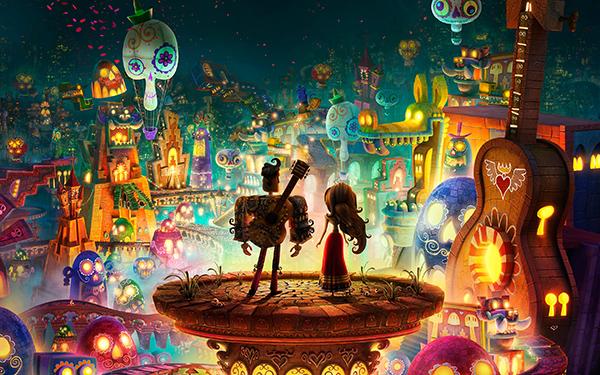 The movie has an all-important movie love triangle where dorky music dude Manolo and his childhood friend, dashing soldier dude Joaquin (played ably by Channing Tatum’s vocal chords, though sadly not his abs), vie for the affections of ass-kicking dudette Maria. It also has bickering husband-and-wife deity dudes Xibalba and La Muerte, as well as intermediary deity the Candle Maker, played for maximum chuckles by rapper dude Ice Cube. Plus there’s an incredible contemporary pop soundtrack reworked mariachi style – listen out for an awesome rendition of Radiohead’s Creep. Dude!

Despite its themes of mortality, the film is giddy, delirious, joyful fun. Even when, early in the film, the hero dies, hilarity ensues when he is joined by his lively, remembered ancestors in festive, communal and incredibly decorative immortality.

And it provides a big hit of Mexican culture.

So were Raffles and Sugarpuff disturbed at all by the ghostly themes? Hardly, it just made them hungry for tacos. 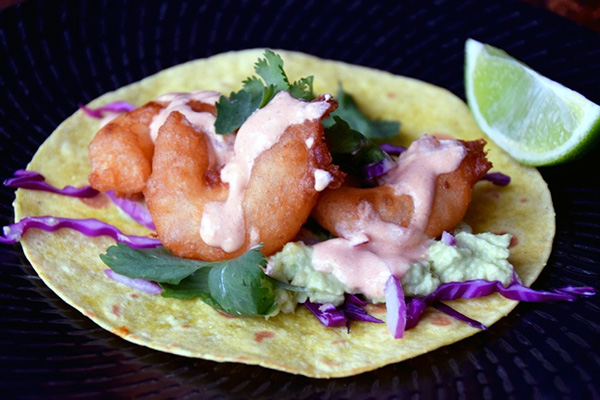