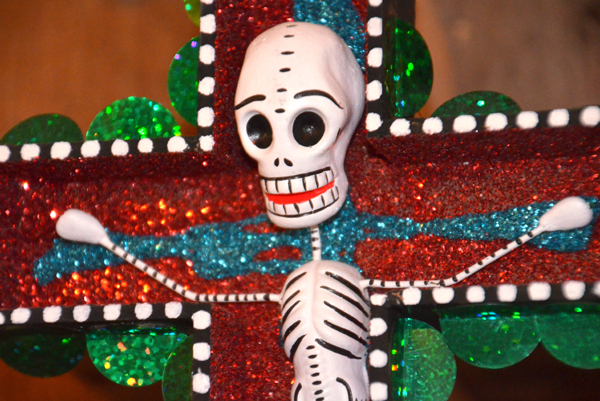 Last weekend we went to see a preview of The Book of Life at the movies and it was awesome. But eating tacos afterwards made it even better.

I love movies and have seen loads but The Book of Life is so good it’s now one of my favourite ever. There were two things that were most special about it. One is that it looked so, so different to any other movie I’ve ever seen. It was bright and colourful and the characters looked like puppets and had swords, some of the guys had cool moustaches, and they all had amazing costumes. 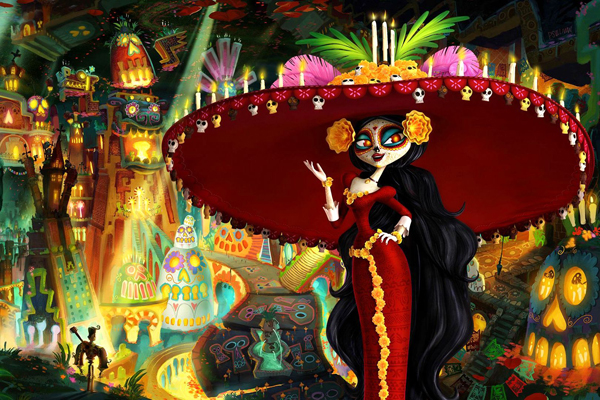 It also had rally cool music because Manolo, one of the main characters who is a bullfighter who doesn’t who doesn’t like to hurt bulls, played the guitar like I do and is is almost as good as me. Just joking. He’s better. A bit.

After the movie I was craving Mexican food so we went to El Topo. We’ve been before and it’s so crazy and colourful that going there was kind of like being in the movie because there are massive pictures of Bull Fighters and hundreds of candy skulls and cool little skeletons all over the place. 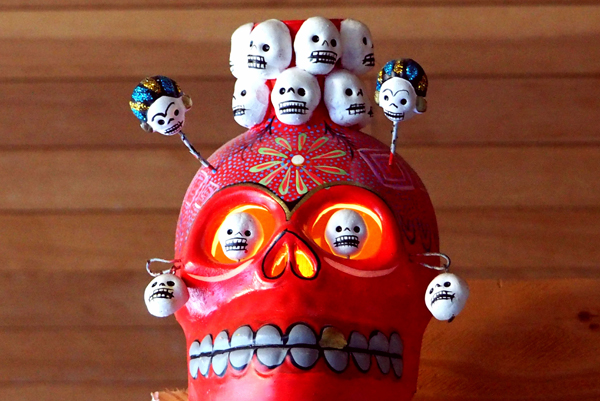 Our booth had a big painting of a sugar skull with crystal eyes and lots of love hearts. It’s my favourite place to sit. 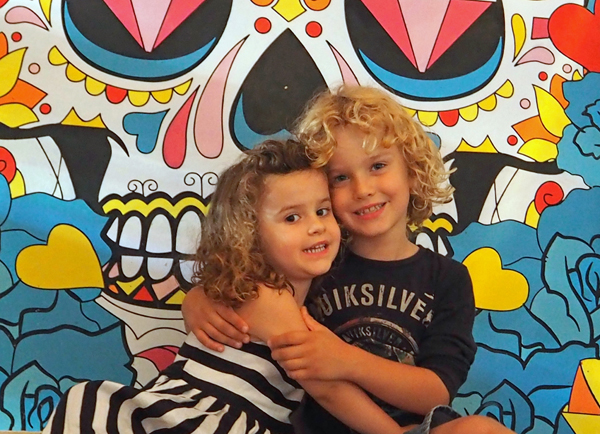 Before we got our tacos we gobbled down a bowl of tortilla chips and guacamole. 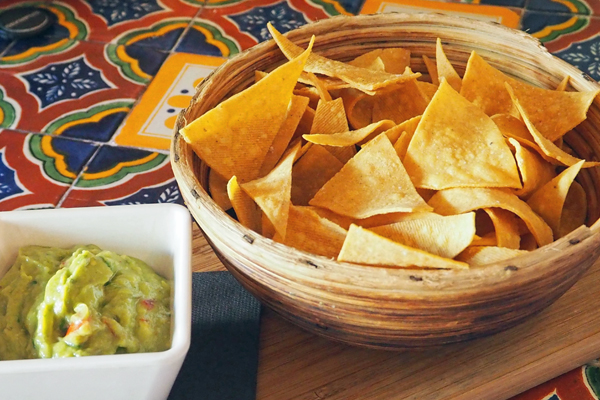 Then we had ceviche (Kingfish with radish, watermelon and fingerlime) because it’s one of my favourite things. It wasn’t as good as my mama’s ceviche but it was still pretty good. The fish was salty but nice and it was served with watermelon and crunchy pepito seeds and a bunch of vegetables. 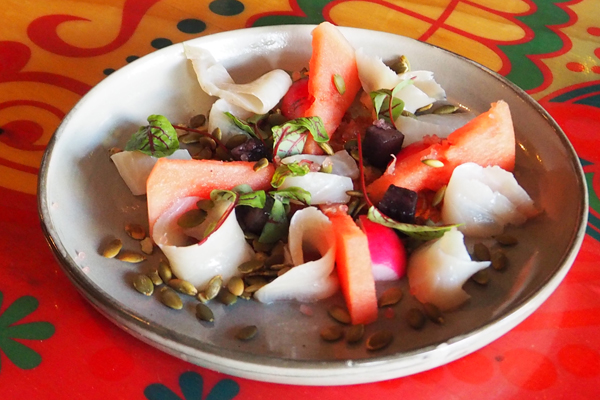 Last time we came we had a bowl of crickets (roast crickets with chilli, garlic and lime) but I wasn’t in the mood for bugs this time. Instead we tried fried prawns (school prawns with chipotle mayo) which were really crispy and spicy and you had to eat their heads and everything. There was a nice sauce that went with them, kind of like mayonnaise. I liked it a lot better than the bugs. 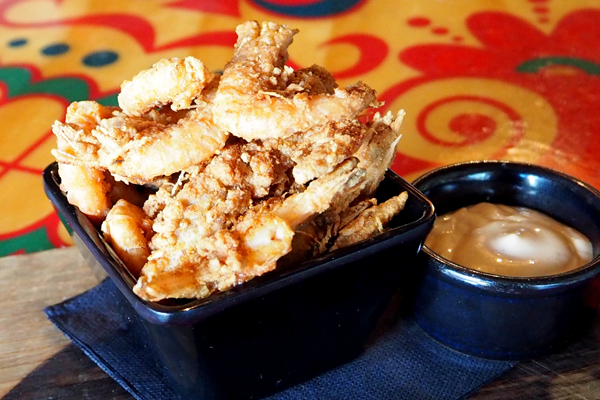 Mama and dad tried the pork and chicken tacos which they said were good but I tried the soft-shell crab taco and it was EPIC. It was stuffed full of fried soft-shell crabs and jalapenos and salad and I would have eaten ten thousand of them but needed to leave some room for dessert. 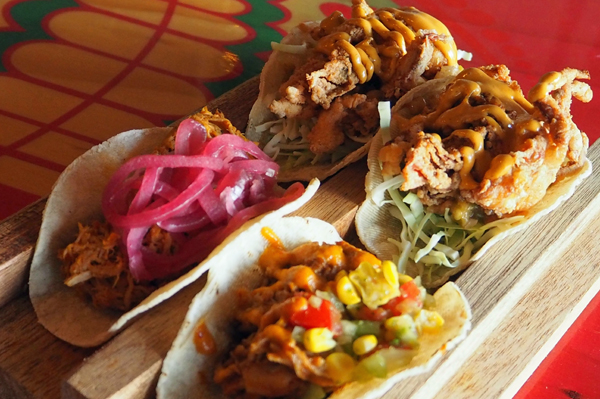 Mexican donuts! These are crispy balls filled with a spongy centre and covered in cinnamon and sugar and they come with gloopy chocolate sauce. Yummy. 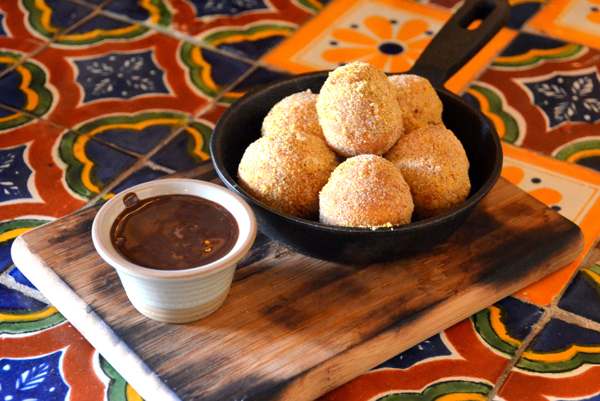 Lunch made me feel strong enough to fight a bull… except I didn’t have a cape so I had to use mama’s jacket instead. 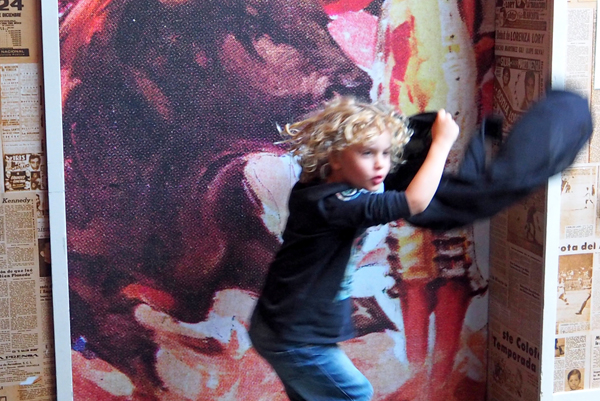 You should definitely go and see The Book of Life because it is a great way to learn about Mexican culture but make sure you have time to grab a taco at El Topo afterwards to make it tastier.

Reviewed by Raffles – aged 7
*bracketed detail by his mama