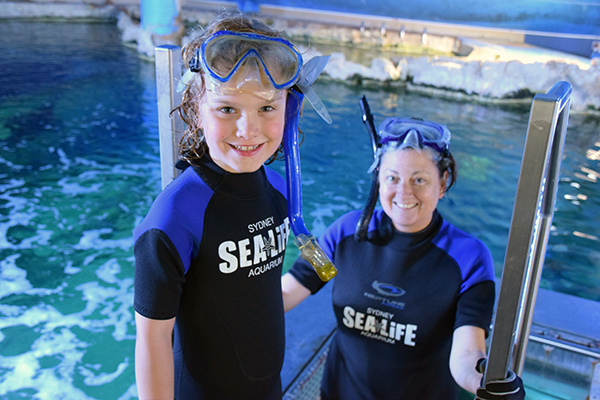 When my ocean loving offspring decided he wanted to interview Diveplanit‘s Deborah Dickson-Smith about travelling and exploring the world’s oceans – and what every kid (and adult) can do to protect them – it seemed only fitting that they should chat in the water… while surrounded by sharks!

So, on the eve of the launch of Diveplanit’s fantastic new dive logging app which you can download for free here – and with the assistance of the very knowledgable Jason at SEA LIFE Sydney aquarium – we tossed Raffles and Deb into the two million litre Great Barrier Reef exhibit to road test their Shark Reef Snorkel. Which, according to Raffles, was EPIC!! 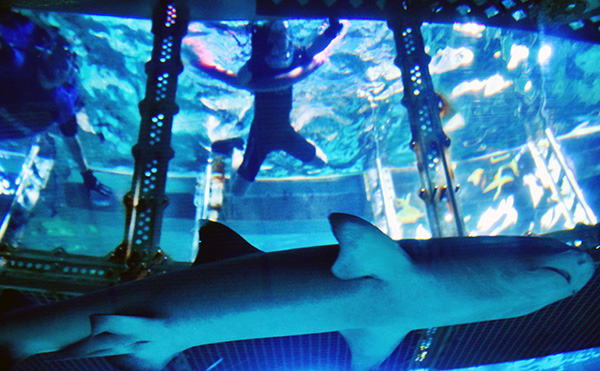 With snorkels at the ready, and a supporting cast of reef sharks, sawfish, Brian the leopard shark, and a few thousand fish, it’s over to them…

I really, really like the Diveplanit website, especially your videos because the sea creatures are all so awesome and unusual and the coral looks like exploding flower gardens. And, while it’s lots of fun to be in the tank at Sea Life Sydney Aquarium to snorkel with sharks and the awesome sawfishes, one day I would like to swim with whale sharks, manta rays, turtles, cuddlefish (cuttlefish), jellyfish and nudibranches in the actual ocean. So, how old do I need to be to learn to dive?
Raffles – it’s awesome to meet someone so young that is already enthralled with the underwater world – I’m sensing you’ll be a future ocean ambassador. In Australia you can learn how to dive in a swimming pool when you are eight years old, but you need to be 12 to dive in the ocean. If you can’t wait that long you can always hop over to somewhere like Fiji or Vanuatu to learn, because elsewhere in the world you only need to be 10 years old.
I guess that means I’m going to have to stick to snorkelling at SEA LIFE for a few more years then.

Your videos are EPIC!! I especially love the one with giant Manta Rays on Cocos (Keeling) Islands. How cool was that?
That was certainly EPIC! I love manta rays – they are the most graceful creatures on the planet, and we’ve had the opportunity of swimming with them several times now, in Australia, Bali, Fiji and Palau. 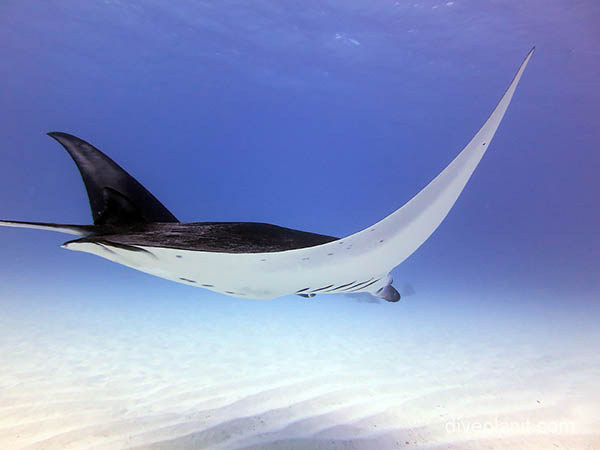 The best place to swim with manta rays in Australia is Lady Elliot Island on the Southern Great Barrier Reef. Special conditions around the island attract large numbers of mantas there, all year round. In fact, there are so many, a marine science program called Project Manta is now based there. Scientists have identified over 700 individuals at Lady Elliot – and if you spot a manta there that they haven’t identified yet – you get to name it! (And you don’t need to dive to spot them either – you can see them while snorkelling.)
Awesome, I’ll just make mum take me to Lady Elliot Island.

Have you ever met a shark? Were you scared? Did it try to bite you?
I’ve met lots of sharks – and I love them all. Most of them are not scary at all – but they are usually scared of us. In NSW there are loads of places you can dive with grey nurse sharks, Forster, South West Rocks and Coffs Harbour are all great places to see these creatures – unfortunately grey nurse sharks are critically endangered – humans have killed so many of them in the last 40 years there are only a few hundred left. If you want to see sharks in Sydney, you could go for a snorkel in Cabbage Tree Bay, a marine reserve in Manly. There are lots of little dusky whalers there, but they’re very shy.

In Fiji you can snorkel with reef sharks in the Yasawas, and dive with BIG bull sharks and tiger sharks in a place called Beqa Lagoon. 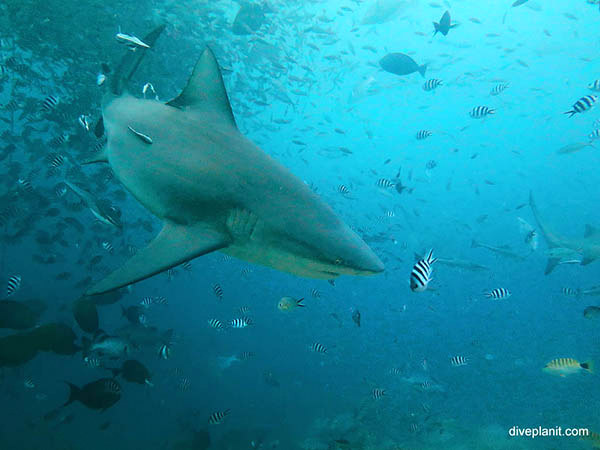 The dive guides there feed them big chunks of fish while you wait behind a wall and watch. No shark has ever tried to bite me, but the other day a reef shark got a bit annoyed with my camera and gave it a bit of a head butt.
I never though a shark would head butt someone, that’s funny.

What’s the weirdest creature you’ve met in the sea?
In my experience the weirder creatures come out at night, like the sea pen, or the odd looking crabs that look a bit like aliens.
Cool! 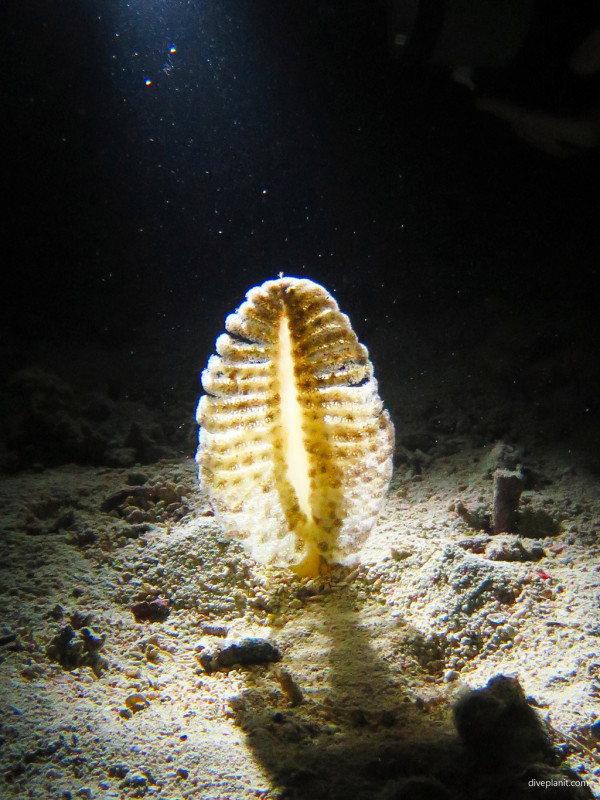 My dad once dived with a really big barracuda that had sharp ugly teeth that were being cleaned by other really brave small fish. What’s the strangest thing you’ve seen in the ocean?
I think the weirdest thing I’ve seen is Jellyfish Lake, in Palau. It’s a land-locked lake that was created when sea levels fell around 12,000 years ago. The jellyfish were trapped there when sea levels fell, and over the years have lost the ability to sting. There are about 20 million of them in the lake – it’s very strange swimming through them! A bit like that scene in Finding Nemo where Dory bounces on the tops of them (except without the stinging bit).
Man, that’s epic!

Are the Palau Lake jellyfish the only ones that don’t have a sting?
They are the only ones!
Jeez! That’s another place I’ll have to add to my bucket and spade list now.

I love looking at all the coral in your videos, especially the stuff that looks like plates of prawn chips. What is your favourite coral?
Coral is my favourite thing to photograph – the colours and shapes are wonderful to frame up behind the lens. And you are right! Some of the soft corals look just like big prawn chips – they are called Leather Corals – a type of soft coral. 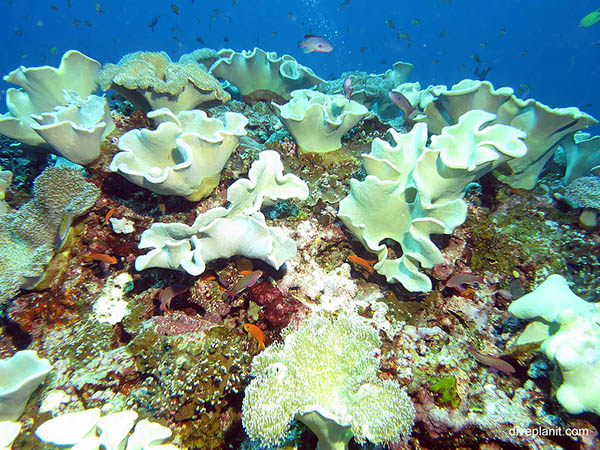 My favourite corals are Gorgonian Fans, which you usually find a bit deeper than Leather Coral, they’re like miniature trees – in all sorts of bright colours. I just dived a place called Secret Spot in Gizo, in the Solomon Islands that just had hundreds of them – I took so many photos! 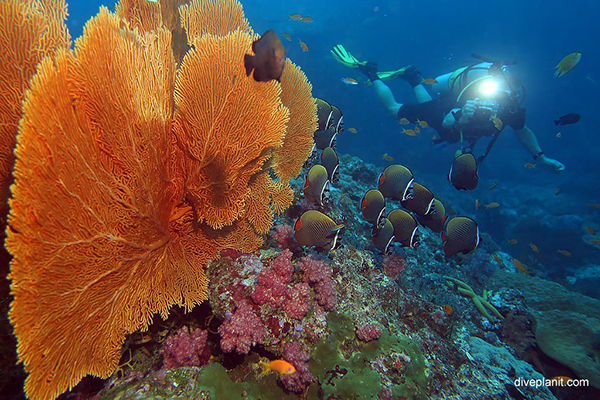 Do you like to dive in Sydney?
Yes – my favourite place to dive in Sydney is Fairy Bower in Manly. It’s part of the Cabbage Tree Bay Marine Reserve so its packed with marine life. I’ve seen turtles, rays of all sizes (one over 3m wide!), giant cuttle fish, dusky whalers, port Jackson sharks, wobbegongs… even a garden gnome.
A garden gnome? I didn’t know they could swim.

Do your kids dive?
My son Finbar learned to dive as soon as he was old enough and sometimes we go diving together. His favourite diving spot in Sydney is Magic Point, which is famous for its population of Grey Nurse Sharks.
He must be super brave.

Where would you like to dive next?
I would like to dive in Raja Ampat next, which is in Indonesia – its at the heart of a place called The Coral Triangle, which is where all coral comes from.

Can I come?
How about we go for a snorkel in Manly to give you a taste of the underwater world?
It’s a deal!

We live near the water and people put a lot of rubbish in it which makes me sad and cross because it could hurt the animals that live there. What can I do to help stop pollution and keep the ocean creatures safe from people’s rubbish?
It makes me sad and cross too – and the problem is worse in poorer countries like Vanuatu and the Solomon Islands where they don’t have waste removal companies to come and clean up after people like we do here in Australia.

The biggest problem is plastic pollution – plastic does not go away. It doesn’t break down like organic material (such as cardboard), but sunlight degrades it into smaller pieces which marine creatures and seabirds confuse for food. The best thing you can do is stop using “single use” plastic – that’s stuff that you only use once, like straws, takeaway cups, bottled water and lolly wrappers – I find a lot of Chupa Chup sticks during underwater clean-ups! Instead of buying bottled water, take a drink bottle with you, if your mum insists on a take-away coffee, remind her to take a reusable Keep Cup with her and if you buy a drink at a café – tell them you don’t need a straw.
I promise I will.

What else can I do?
Organise your own little beach clean-ups – wherever you go, if you can spend a short amount of time cleaning up litter, just remember that every little bit helps, and it sets a good example for all the people watching you. The best thing you can do of course is spread the word. Share your love of the underwater world with other people, and try to make them understand how important it is that we try to protect it. This is the reason we started Diveplanit – to encourage more people to explore the underwater world. And we’ve launched an app, that will make it easy for people to share their underwater experiences with all their friends.

Right now the oceans are in desperate need of our help – so we need more ocean ambassadors – can I count you in as one of our Junior Ocean Ambassadors?
Sign me up!