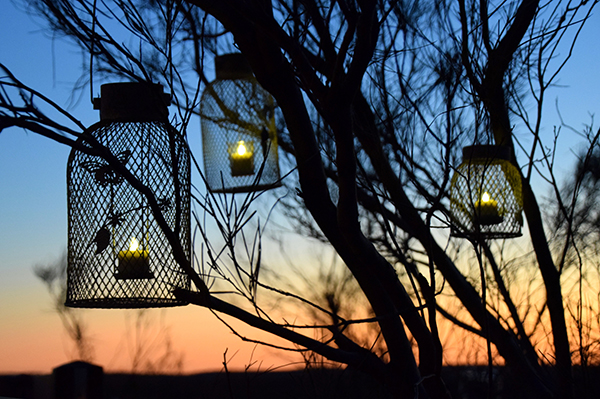 I’ll never forget my first time. I was just 17. It was in the back of a car, my body glistening with perspiration from the heat, my heart beating with excitement. It was everything it had been cracked up to be and more.

My first sight of Uluru. 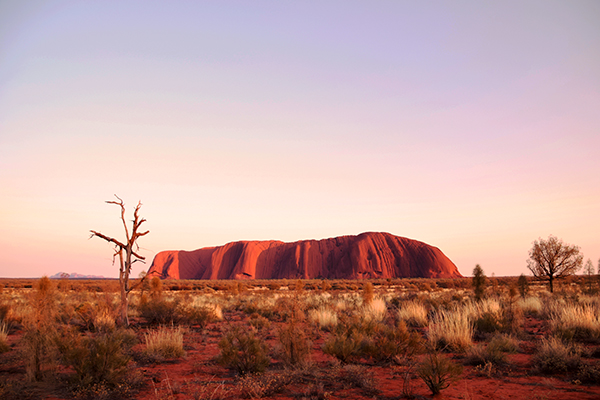 One moment ochre-brown, the next blazing red, I knew as soon as I’d picked my jaw back up from off the car floor that this sacred sandstone rock had many stories to tell. And I, probably for the first time in all of my teenage years, was ready to stop and listen.

Science tells us that Uluru thrust itself out of the earth 600 million years ago (give or take a millennia or two) during a saucy geographic episode known as the Petermann Orogeny. But I much prefer the elaborate creation stories of the local Anangu people. They believe Uluru was created by a group of ten ancestral spirits (including Kuniya the woma python woman and Liru the venomous snake man) who emerged from the void during the period of Tjukurpa: The Dreamtime. Those stories belong to the Anangu people and are not mine to share, but it was while listening to them that I decided that one day I wanted to tell my own.

Problem was, at 17, I could barely summon the words to describe its indefinable magnificence. Though I was almost certain that “It’s a really, really big rock” was hardly going to have the ghost of Hemingway quivering in his gin-soaked boots.

So what exactly was a 17-year old doing hanging out in the middle of the desert with this particular rock star? Well, fresh out of school and eager to see the world I’d scrimped and saved and worked crazy jobs and hours to buy my first car – an extremely unattractive Kingswood that rocked a similar vintage to myself. Despite not yet having a driver’s license, I gathered a few pals who did and waved good-bye to my spectacularly unimpressed parents to set off around Australia. 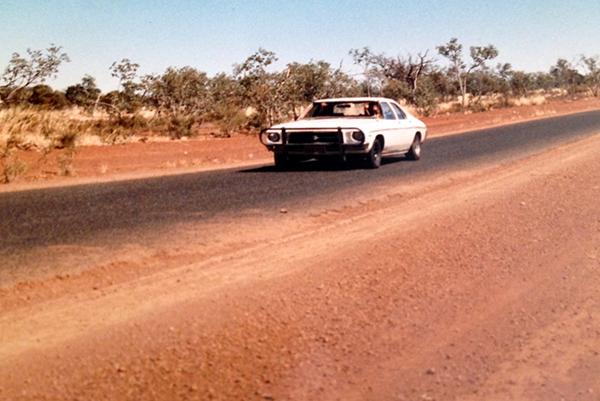 There was a whole world outside my beige suburban existence that was waiting to for me to explore it and having no license, no money and no idea wasn’t going to stop me doing just that. My equally unprepared companions and I travelled across the country, surviving on Cruskits and Spam, sleeping in the car and – when we felt like being decadent – trading up to dodgy caravan parks that were like something from the set of Mad Max.

Everything on our journey was new and exciting, but nothing prepared me for the punch-in-the-gut impact of that “really big rock”. 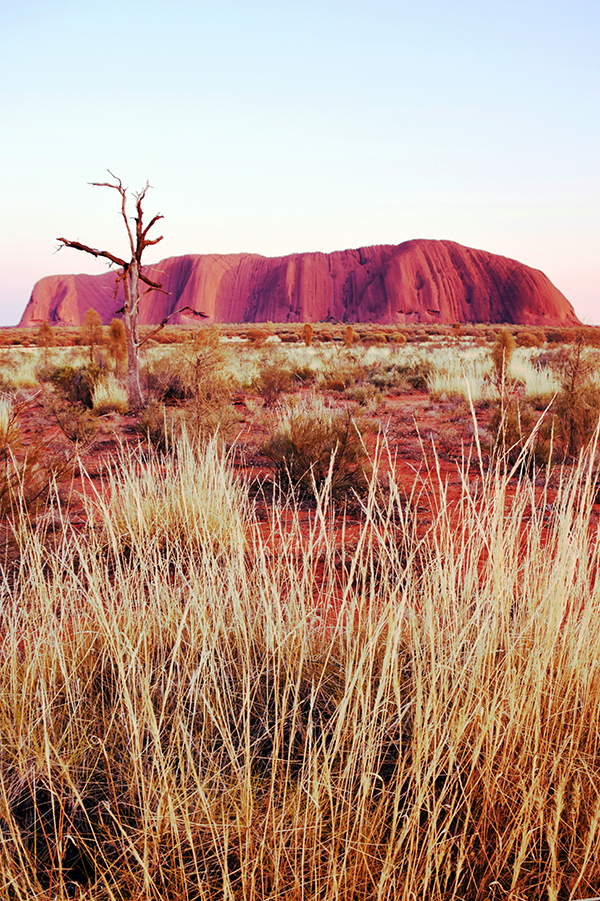 Given my extreme teen fan-girling, I was a little worried that revisiting Uluru almost three decades later might be a bit like catching up with a once rocking-ex who’s turned a conservative shade of middle-aged beige, and that our old magic would be gone.

But, oops, that gorgeous rock did it again! 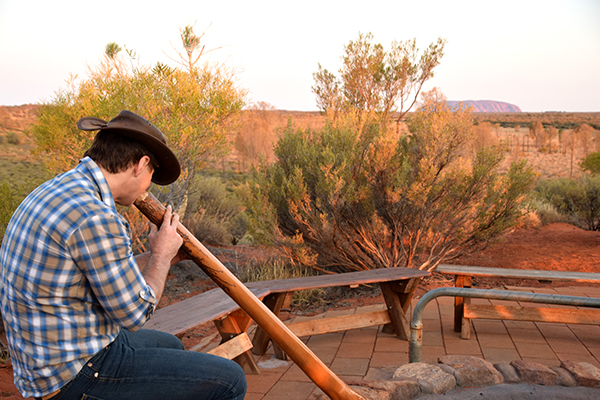 Though this time, in place of the cruskits and spam, I’m being romanced by the stone to a didgeridoo soundtrack while sipping (read: guzzling) Louis Roederer Champagne and nibbling emu prosciutto canapés atop a desert dune at Ayers Rock Resort’s intimate Tali Wiru Uluru Desert Dining Experience. 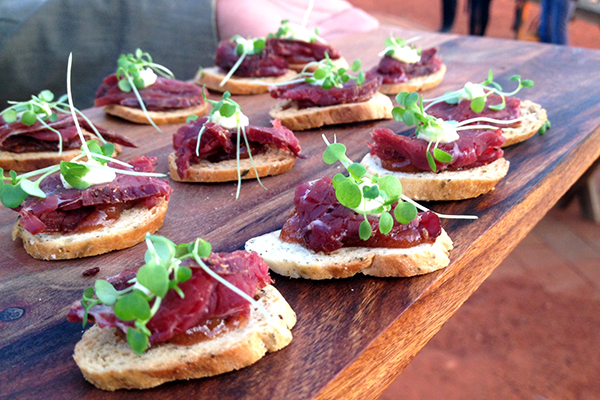 Clearly out to make up for lost time, Uluru is doing its dazzling dance of many colours and for extra impact has ordered in an intense rainbow-hued sunset. You know, just in case. 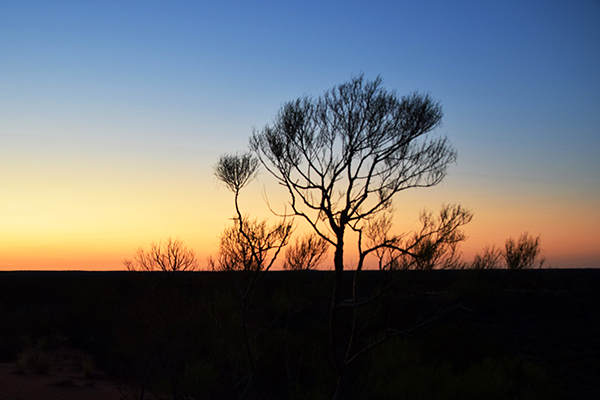 Not to let a little thing like darkness get in the way of making an impression, the rock’s presence is still felt post sunset as the wooing continues with an intimate table d’hote four-course dinner with an indigenous twist. 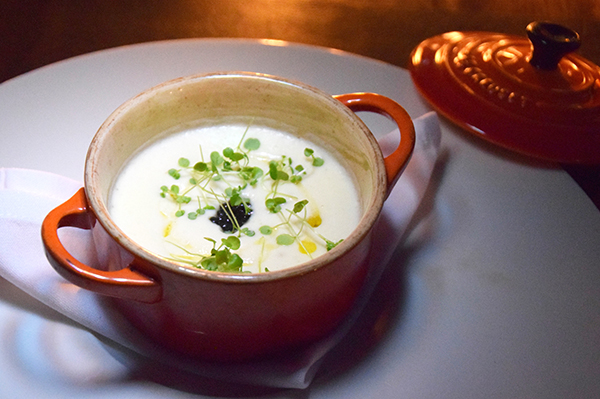 A starter of Paroo kangaroo rillettes with Davidson plum puree and Persian feta. 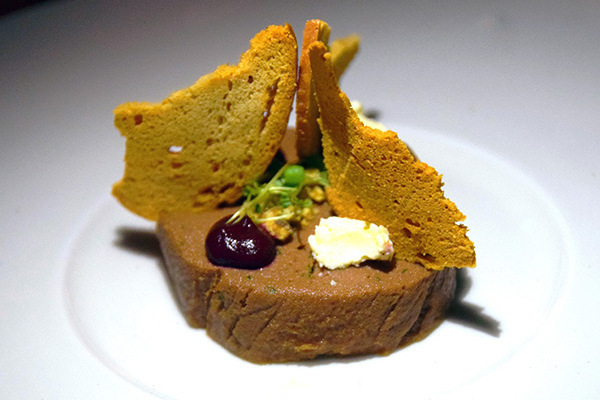 A perfect medium rare Darling Downs Wagyu Fillet with wild mushroom ragout follows these feats of culinary magic. Incredibly – given that we’re literally in the middle of the desert – each course is prepared in a basic camp kitchen with only barbecue power (there’s no electricity) by the talented chefs.

To further sweeten me up is a sublime dessert of coconut panna cotta and desert lime curd topped with a couple of passionfruit macarons for good measure. All of this matched with premium wines and served by candle light under a sky crowded with stars. 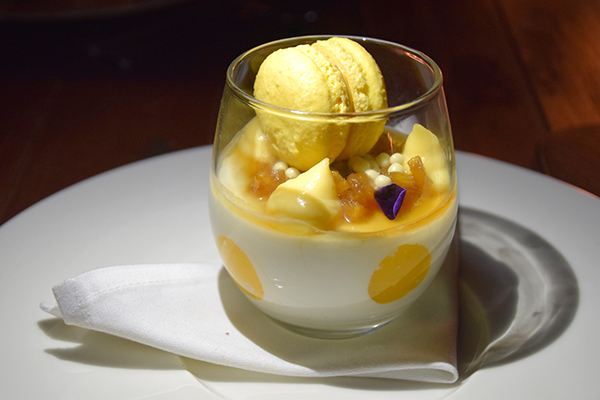 I’m weak at the knees by the time a local storyteller joins us to share more captivating tales of spirituality, land and culture.

At this point, Uluru slips in a romantic roaring fire and a glass of congac. I almost feel the need to point out to it that I’m a happily married woman… though one with a not so secret extra-marital crush… on a rock.

As an extraordinary night at beautiful Tali Wiru draws to an end, Uluru has once again stolen my heart and leaves me with nothing but beautiful memories, a full belly, and a fine dusting of fire engine red soil coating my boots. 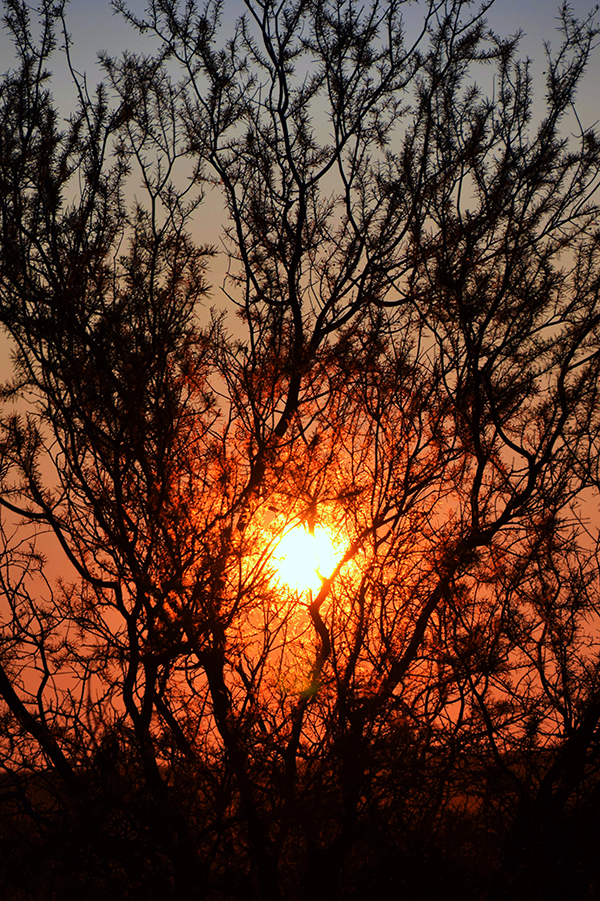 22 Comments on Romancing the stone at Tali Wiru Uluru