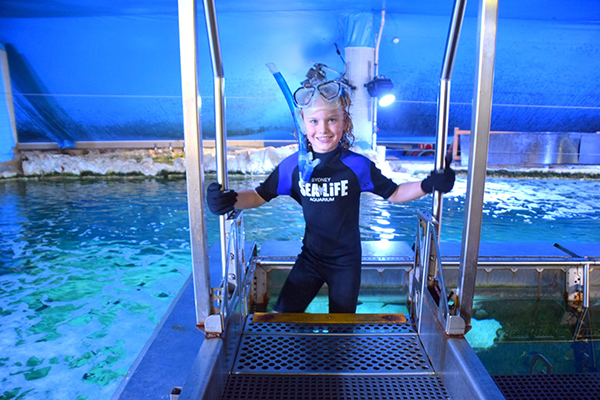 But don’t worry, she’s not insane… well not very. It was my 8th birthday present and we all wanted to go swimming with sharks – she just made it happen. You see, instead of just seeing the sharks at Sydney Aquarium we got to swim with them on a shark reef snorkel. In their actual tank. 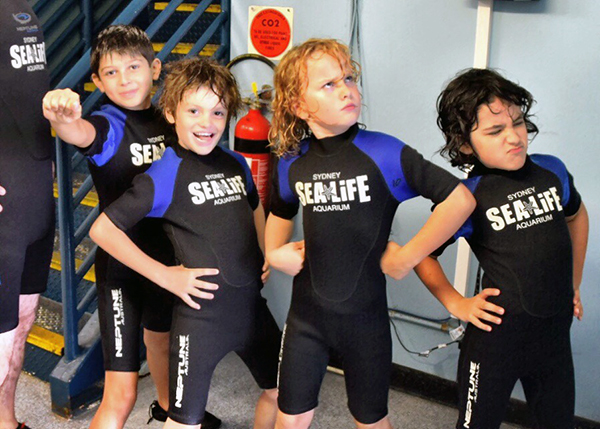 Now swimming with sharks sounds scarier than it is for two reasons. The first reason is that we were kind of like the sharks pet goldfish because we were in a glass bowl inside their 2 million-litre tank and they were looking at us like we were the exhibit. 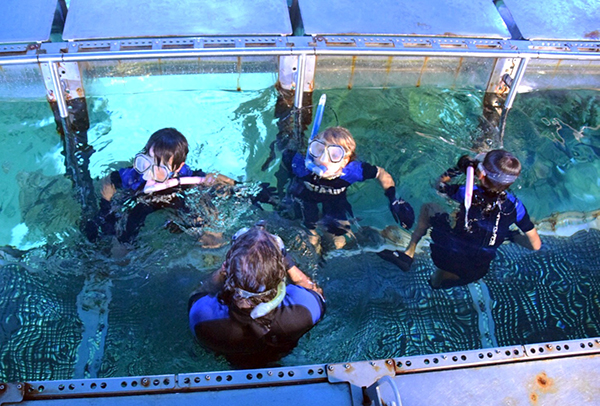 Because of the glass they couldn’t nibble on us but we could still swim right alongside them. The second reason is that it’s a big fat myth that sharks are all really dangerous to people. Most of them aren’t. 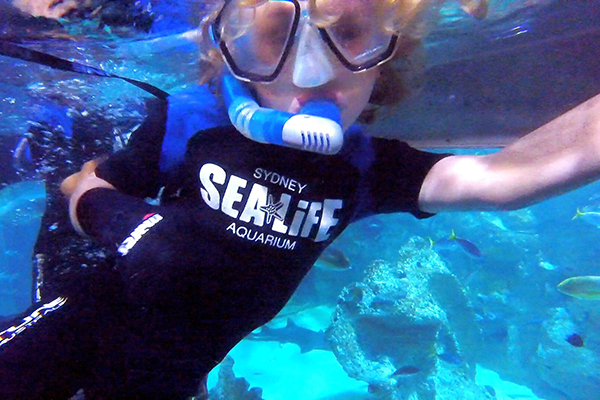 It was a totally epic experience to share the water with reef sharks, critically endangered sawfish and a massive leopard shark. 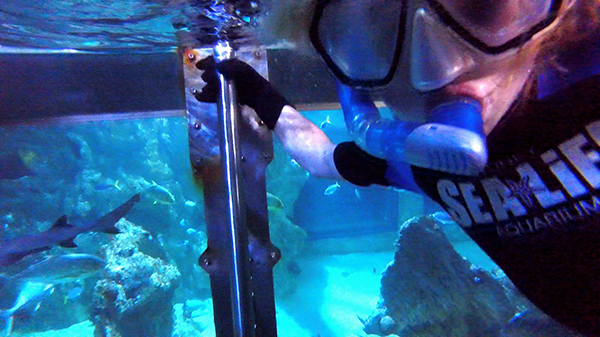 It was also awesome to learn about sharks and their ecosystem from Jason, the cool dude who looks after the sharks at the Aquarium. 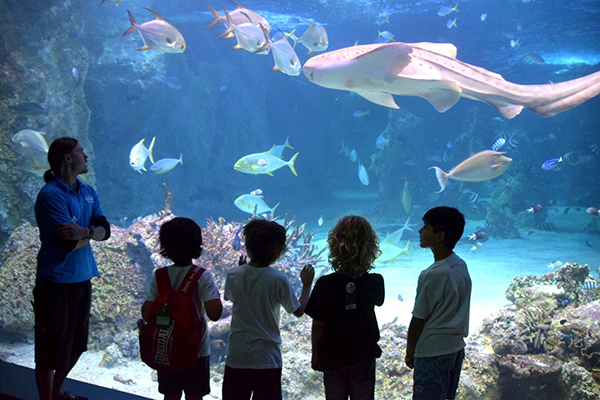 Here are six things I learned from swimming with sharks that I want to share with you all;

Sharks have an important place in the ocean ecosystem and we should treat them with the respect they deserve. I’m not suggesting you should go and cuddle one… just that everyone needs to remember that it’s THEIR ocean.

The shark reef snorkel experience was independently paid for.