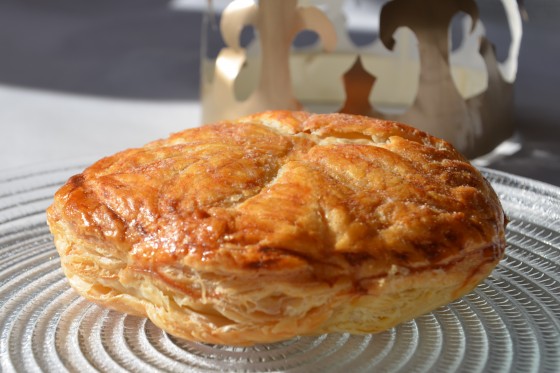 Convincing Raffles to help me make and eat cake was never going to be too difficult and once I tell my tiny Francophile that it’s a cake from France, it’s quite literally mixing bowls at dawn as my enthusiastic sous chef drags me to the kitchen. Vague recollections of days when I was able to procrastinate about these things wash over me before being quickly vanquished by the mixing bowls being shoved at me by impatient little hands.

I love the journeys, both imaginary and real, that we take with our kids but one of my fondest memories of my pre-child travels is of a singularly special Christmas in Paris. The city sparkled with strings of elaborate lights and decorations and the fragrance of roasting chestnuts from the sidewalk stands was deliciously inescapable. The store windows were bursting with ornately decorated ginger bread follies and the ubiquitous Buche de Noel, in all its chocolate spongy, butter creamy and kitschy plastic holly leaved glory.

No sooner had the delicious Christmas logs been digested by the locals than the boulangerie windows were heaving with glossy Galette de Rois (King Cake), a flaky part pie, part cake confection made from puff pastry and filled with frangipane (an almond filling).

After the Revolution and all that beheading of Monarchs and stuff in the 18th century, France became a secular nation, it’s philosophy based on the principle of laïcité, the separation of church and state, though most of its holiday traditions still remain a touch Catholic at heart. No exception is the consumption of the Galette de Rois. Trust the fabulous French to eat pastry to celebrate the Feast of the Epiphany (Three Kings Day). The day when the three wise men came from the east and gifted the baby Jesus with gold, frankincense and myrrh. (Notwithstanding the unquestionable generosity of the dude with the gold, I’m tipping the kid would probably have preferred a gift certificate. No doubt Mary and Joseph re-gifted. I know I would. Just saying.)

Serendipitously for the Eats World family, the eating of the galette des rois is full of quirky kid-friendly tradition.

One of the loveliest, in my opinion, is that the youngest member of the family (considered the most innocent and therefore the fairest) hides under the table to determine which slice is for whom, ensuring that everyone has equal chance of getting the slice that contains la fève (a trinket or charm that has been hidden in the galette) and winning the task of becoming “The King” for the day.

Given the tragic absence of Parisian boulangeries in our suburb, I’ve decided to make one today. Apart from the cultural significance and the opportunity for my four-year old wannabee Frenchman to hit the kitchen with his mama, I have to confess my main motivation behind this exercise is that I remember how bloody delicious they were. And I want one. Now. With a nice cuppa, thanks.

The only hiccup is that we’re short of almond meal (pretty much the main ingredient of the frangipane filling) so I need to get a bit creative. In what is probably an act of sacrilege that will have hordes of angry French folk bashing down my door, I grind up a packet of pistachio nuts into a fine flour. It may not be incredibly authentic but I think it may just work.

A sudden recollection of L′Orangerie at Versailles (a place I visited for the first time on the same trip) hits me. Given that fruity folly was built for another King, the decidedly OTT Louis XIV, I decide on a whim to throw in a tablespoon of finely diced candied lemon and orange rind and a sprinkle of orange blossom water. For shits and giggles.

I allow Raffles the honour of preparing our frangipane substitute while I roll out the puff pastry and turn all the parts into a whole. I carve a pretty decoration into the pastry top (which I’m fairly confident will cook out) and hide la fève (in this case a bean wrapped in a little foil as we’re also short on oven-ready French trinkets).

I lob it into the oven as Mr Eats World stands at the kitchen door egging us on for a pastry fail. Why? Because he wants me to bake two. Greedy bastard!

French boulangeries sell the galette with a pre-made golden paper crown to be worn by “the King” of the day. While the most important part of the tradition is the gathering and sharing with family and friends, Raffles is simply eager to eat cake and become a monarch. So while ours is in the oven we make a paper crown out of some off-cuts of Christmas paper. 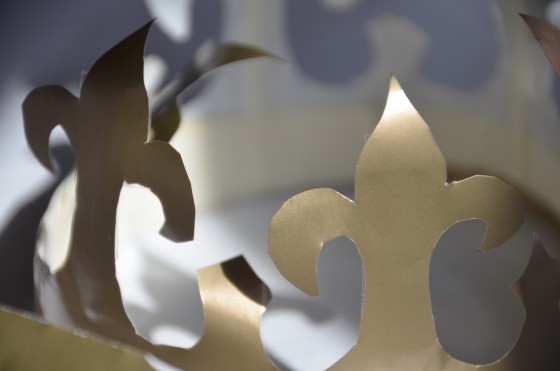 The end result is astounding in it’s crappiness but Raffles thinks it a great work of art and is determined it will be his. I explain to him that it will be luck more than determination that will determine who will be crowned. 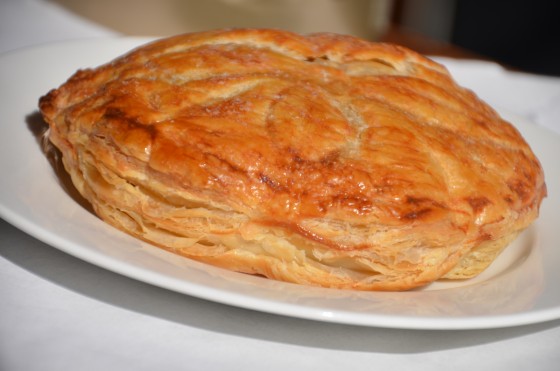 The cooked and cooled galette is cut into five slices, one slice for each person sitting at the table an extra slice meant for the first poor person passing by. As the only people passing by our flat are on their way to the laundry, and fairly cashed up, ours is a symbolic gesture only.

Sugarpuff, being the youngest, allocates the remaining slices. Given she is only one and, if let loose under the table, would probably gnaw our ankles we veto tradition and let her tell us which bit goes to whom through some fairly spectacular pointing, grunting and screeching.

Flakes fly everywhere as we bite into our perfectly blistered pastry. As expected our galette is not particularly authentic, but it’s not too shabby! I finish my slice first and am gutted when I realise that it will not be I who is crowned King. The battle for supremacy is now strictly between father, son and an imaginary poor person, Sugarpuff having had her tiny piece thoroughly vetted prior so she doesn’t choke on the bean.

Eyeing each other off as they make their way to the crispy ends of their slices, a sudden joyous screech of “I’m the king, I’m the king” bursts from Raffles. The glee in his cocky little face letting us know, without shadow of doubt, that the rest of this day is going to be torturous as our tiny tyrant orders us about – sanctioned by the rules of le galette. Aggh! Remind me next time just to bake muffins. 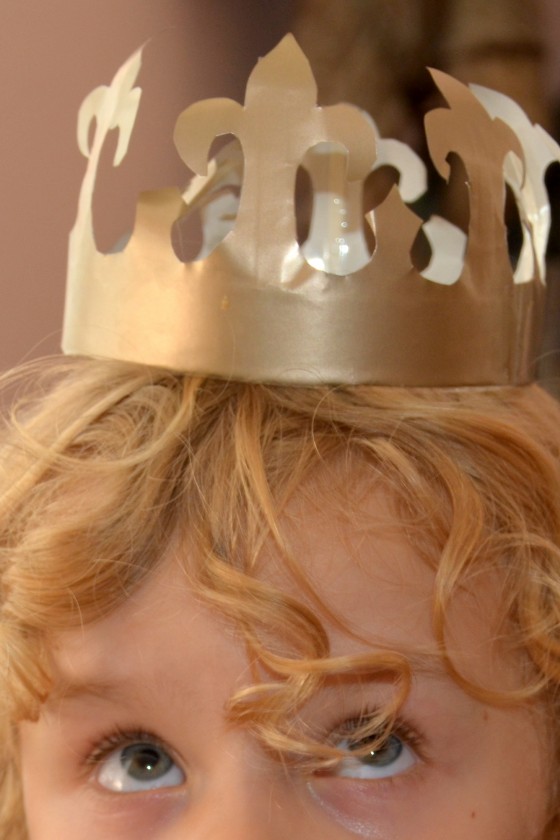 Let’s hope that our miniature Monarch doesn’t get too bossy today. We peasants may just revolt and his wee head is far too cute for Madame Guillotine. 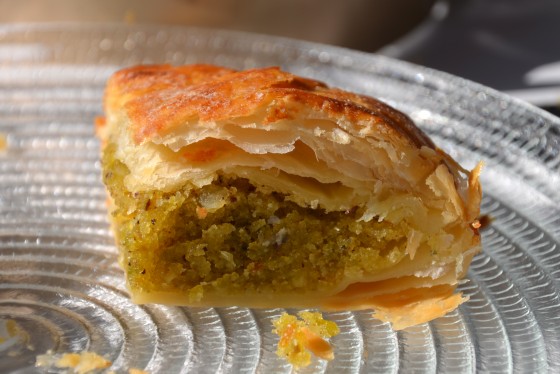